Did Priscilla Presley manage to invent a time machine?! Fans couldn’t help but comment on the 72-year-old’s wrinkle-free face during a recent appearance on the weekly morning show Lorraine, with many accusing Elvis’ ex of getting more plastic surgery. 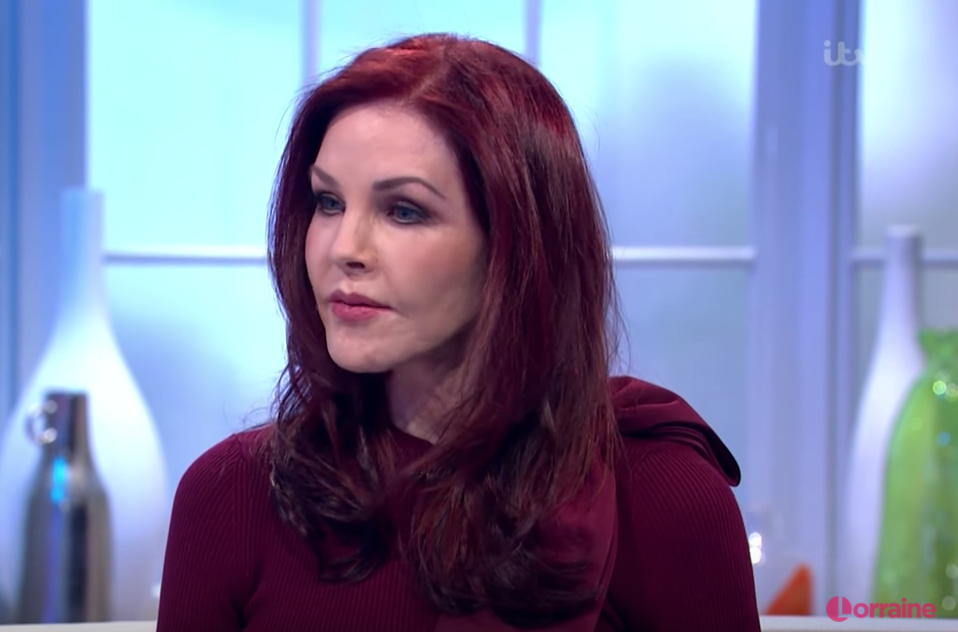 The mother-of-two has spoken out about botched cosmetic procedures in the past. Her spokesperson previously claimed that she unknowingly had industrial low-grade silicone — similar to what mechanics use to grease car parts — injected into her face. “Priscilla Presley was one of many documented victims of Dr. [Daniel] Serrano,” the actress’ rep previously shared. “An investigation which uncovered his misconduct ultimately led to his imprisonment. Ms. Presley dealt with this matter years ago and everything is now well.”

Serrano, who wasn’t even licensed to practice medicine in the U.S., was deported to Argentina after serving 18 months in federal prison. Some of his injections caused lumps, paralysis, and holes in his clients’ faces.

Unfortunately, this isn’t the first time Priscilla has been subjected to nasty comments online. Following her last appearance on Lorraine in 2016, a viewer likened her to “Frankenstein’s monster.” Another wrote, “Flicking through channels on TV and thought I saw a Lizard being interviewed on Lorraine. Turns out it was Priscilla Presley after surgery!” Scroll down to see her transformation over the years.

This story originally appeared on our sister site, Life & Style.