Weight gain is something a lot of people struggle with, but for Jeffrey Kendall, weight gain was especially personal. Kendall was bullied throughout his childhood for his appearance; he lived with body-image and confidence issues for years, making each and every pound that much harder to lose. It wasn’t until he realized his weight-loss struggles weren’t just affecting his life, but his mother’s as well, that Kendall decided to completely change his life for the better. In just 100 weeks, Kendall lost a whopping 70 pounds!

You see, Kendall started his weight-loss journey not long after his mom was released from a rehabilitation center. She had suffered a brain aneurysm on July 4, 2015, and was in a coma — and in and out of rehab facilities — for seven months. Tragically, her insurance refused to cover her medical costs, and so she was released — but she wasn’t the same.

But then something amazing happened — as soon as Kendall began losing weight, his mother slowly started to recognize him again.

“My good friend was also in an emotional time after a breakup and wanted help to get in shape,” Kendall wrote. “It was a perfect reason for me to start something new, as I felt a new appreciation for life after that summer. We started out small — a light barbell workout and [we] agreed to do pushups every day. Soon I was waking up and going for walks while listening to uplifting music.”

As his happiness grew, so did his confidence. Kendall began jogging, doing sprints, and pushing himself harder. He even found new ways to work out, including watching YouTube channels like “Yoga with Adriene,” an at-home workout channel. Kendall’s progression encouraged him to share a photo of himself on the social site Reddit.

“I posted on Reddit because I was honestly at a low,” Kendall wrote. “I asked them to rate me and I was astounded by some of the positivity. It made me want to care about myself more — it made put an effort into myself.” 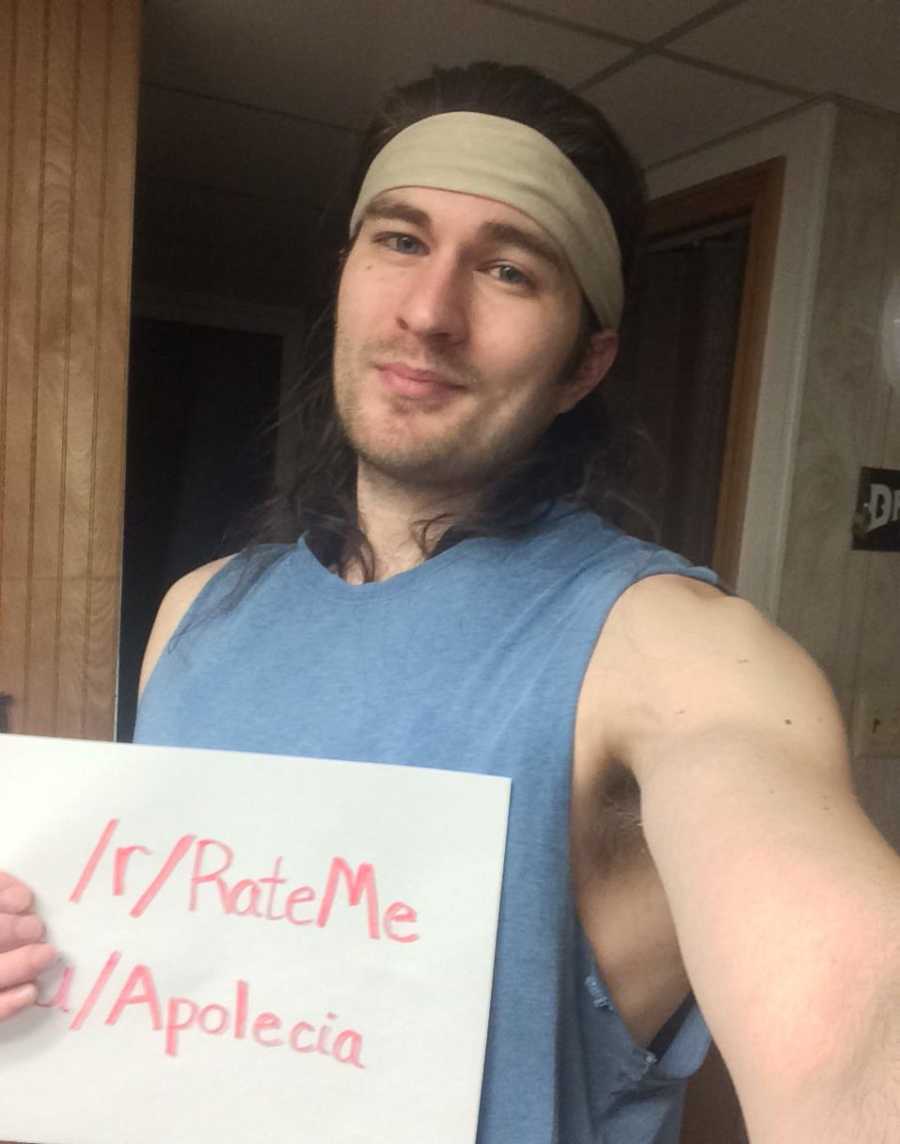 Before long, Kendall found he had quite a few fans. In fact, his photo went viral, reaching millions.

“The comments were all so uplifting and inspiring,” Kendall wrote. “Many called me a real life Disney Prince, the highest compliment of them all. It’s made me choose to chase a dream of becoming a model or maybe an actor one day.”

My attempt at a quick Prince Adam cosplay. Definitely want to do a more beastly one sometime #cosplay #disney #princeadam

In addition to the sweet comments, Kendall said being at home and helping his mom is his biggest motivator.

“She’s the toughest person I know and gives me a constant appreciation for life,” he wrote. “She’s always telling me to take a day off and I love her so much for it. At the end of the day, I just want to make her proud.”

We’re so proud of Kendall’s constant dedication, and we’re sure his mom — who we hope is feeling much better these days — is too.