Twenty-five years ago it was a whole new world, especially for Disney animation. The studio was coming off of the one-two success of The Little Mermaid and Beauty and the Beast, and in its search for another fairytale to bring to animated life, they turned their attention to Aladdin. On the surface, it’s about a street urchin who finds a genie that he uses to change his image, so to speak, in an attempt to win the heart of the princess Jasmine. On a deeper level, though, it’s about being true to yourself and finding the magic within (don’t puke — it’s not nearly as sappy as that sounds).

Besides stunning animation, the film features amazing musical numbers, and the triple-punch of perfect voice talent: Scott Weinger (Full House) voiced Aladdin, with Linda Larkin (whose credits prior to the film was the movie Zapped Again! and guest appearances on Murder, She Wrote and Doogie Howser, M.D.) as Princess Jasmine, and, of course, the late Robin Williams stealing the show as the endearing Genie. Incredibly, while Robin only reprised the role of Genie in the third film, Aladdin and the King of Thieves and the 1997 game Disney’s Math Quest: Aladdin, both Scott and Linda continued to voice their characters over the decades for movie sequels, an animated TV series, Disney On Ice and dozens of video games, most recently 2015’s Disney Infinity 3.0. They’ll be back next year for the movie Ralph Breaks the Internet: Wreck-It-Ralph 2.

To celebrate the 25th Anniversary of Aladdin, we offer up this exclusive interview with Linda Larkin and Scott Weinger. 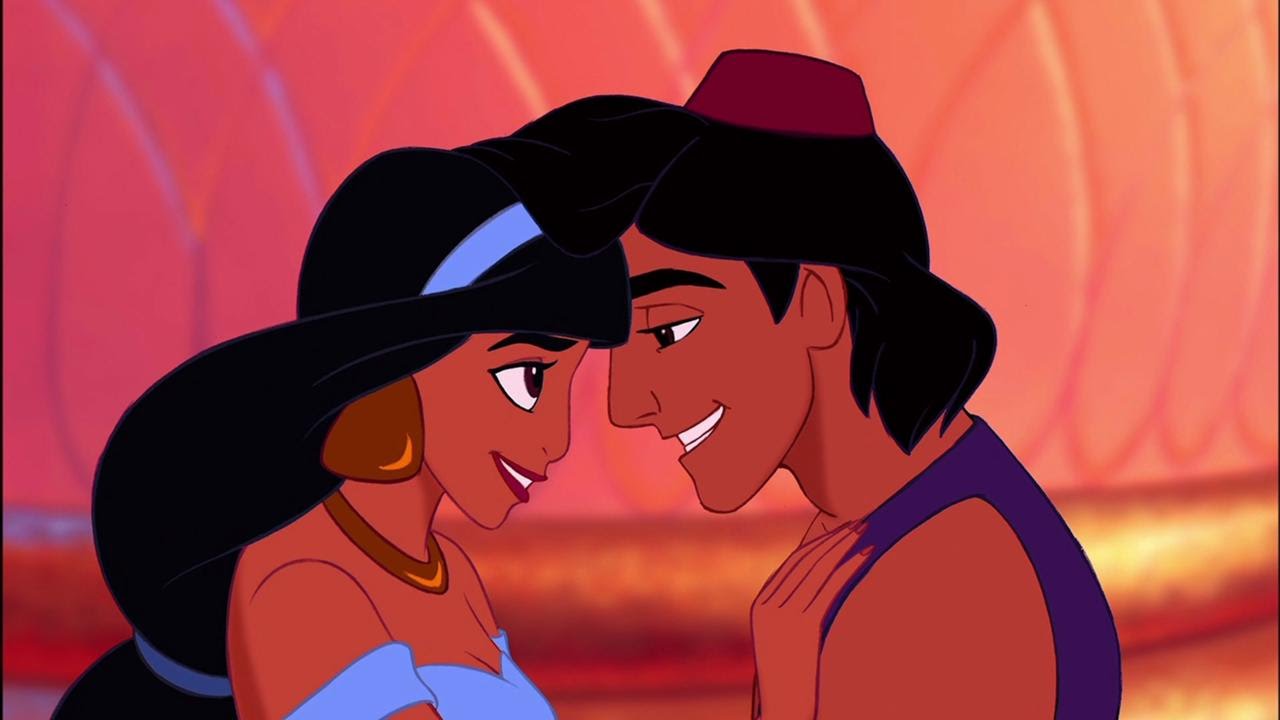 Woman’s World: Is it strange to be talking about Aladdin all these years later?

Linda Larkin: Yes and no. It feels like no time has passed, and at the same time it feels like it’s been a part of my whole life. When it hits me is when I think about how little my cousins were when the movie first came out, and they’re grown ups now. I’m, like, “Wow, they’re getting older. I don’t know what happened to them. I feel like I’m still a teenage princess.”

Scott Weinger: You know, I always knew that Aladdin was going to be this classic movie that we’d still be talking about all these years later, just because Disney has a tradition of making those kind of movies.

Woman’s World: But did you think you would still be voicing Aladdin all these years later in games and that sort of thing?

Scott Weinger: That’s the surprise. That’s what’s so funny. I always play the character, but it’s not like every week I have to go and record a new project, but it’s amazing how they’ll call me and say, “Well, we have this video game coming out.” The technology keeps evolving; they do these incredibly sophisticated video games. They’ll call me and say, “You need to come in and record.” What we usually do is it takes me the first few takes or the first few bits of dialogue to warm up back into it to get my Aladdin voice back. Then I get it and I’m in the zone and we go back at the end of the session and re-record those first few lines when I was still warming up. It’s funny how I’m not a kid anymore, but I can still find the voice. Aladdin’s all about youthful energy and enthusiasm. As long as I can still pull that out from somewhere, I’m okay. 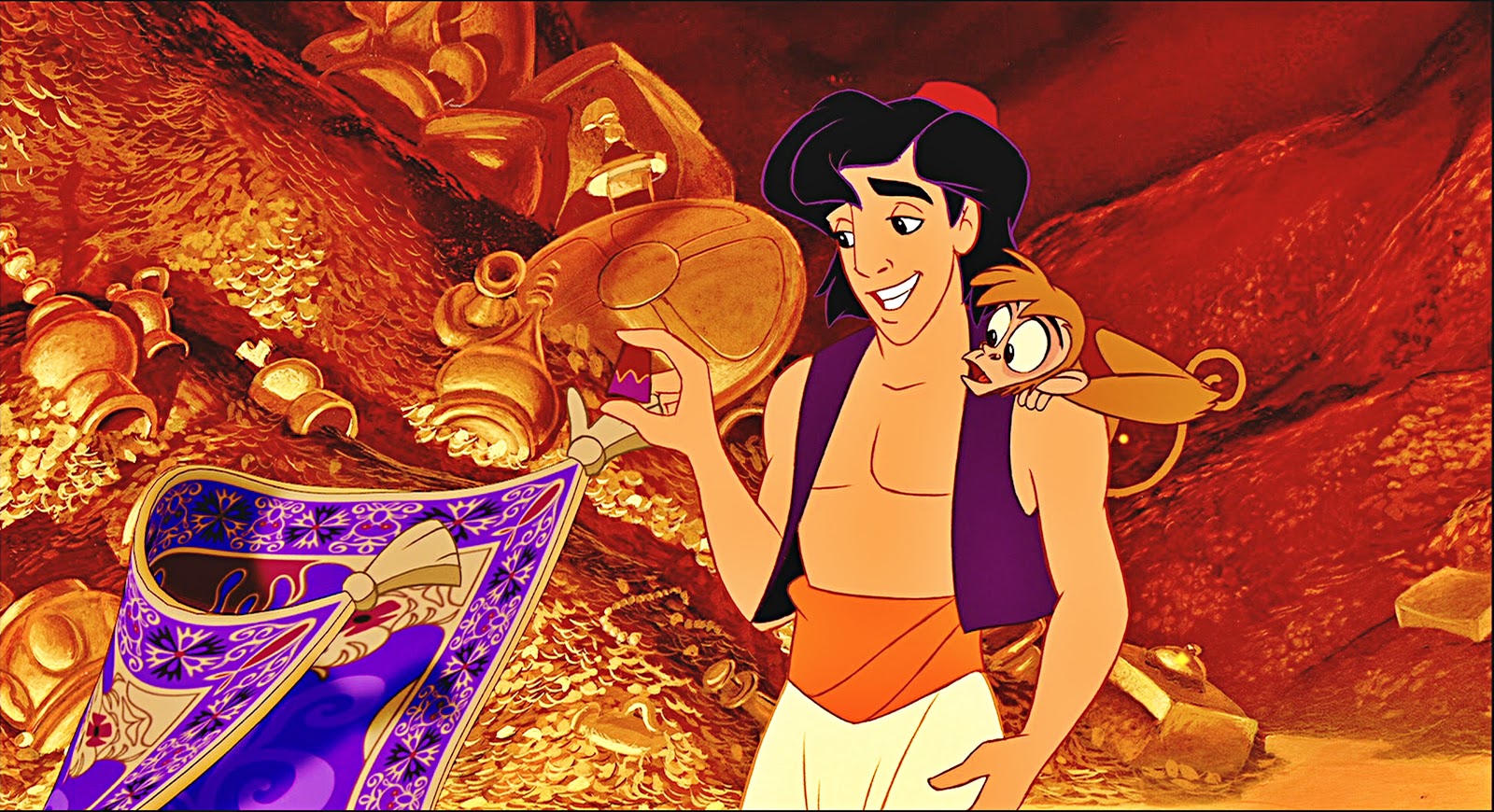 Linda Larkin: It’s amazing that we have been actively involved with this all these years. Remember, we also did 100 episodes of the cartoon series, and we do Disney On Ice shows and there’s something in the theme park in Tokyo that has my voice. Every time you’re hearing Jasmine, you’re hearing me. So any new game or toy, I’ve recently recorded for it. It literally has been a gift.

Woman’s World: What are your thoughts on the characters of Aladdin and Jasmine themselves?

Scott Weinger: Sometimes I feel like I’m a bit of a one-trick pony, but Aladdin sort of grew up over the course of those sequels. The first one he’s an orphan on his own — or at least he thinks so. By the time you get to the third film, Aladdin and the King of Thieves, he gets married and he and Jasmine are getting ready to have a kid and everything. So I feel like he grew up a little bit. He becomes more comfortable in his role as the future Sultan of Agrabah. 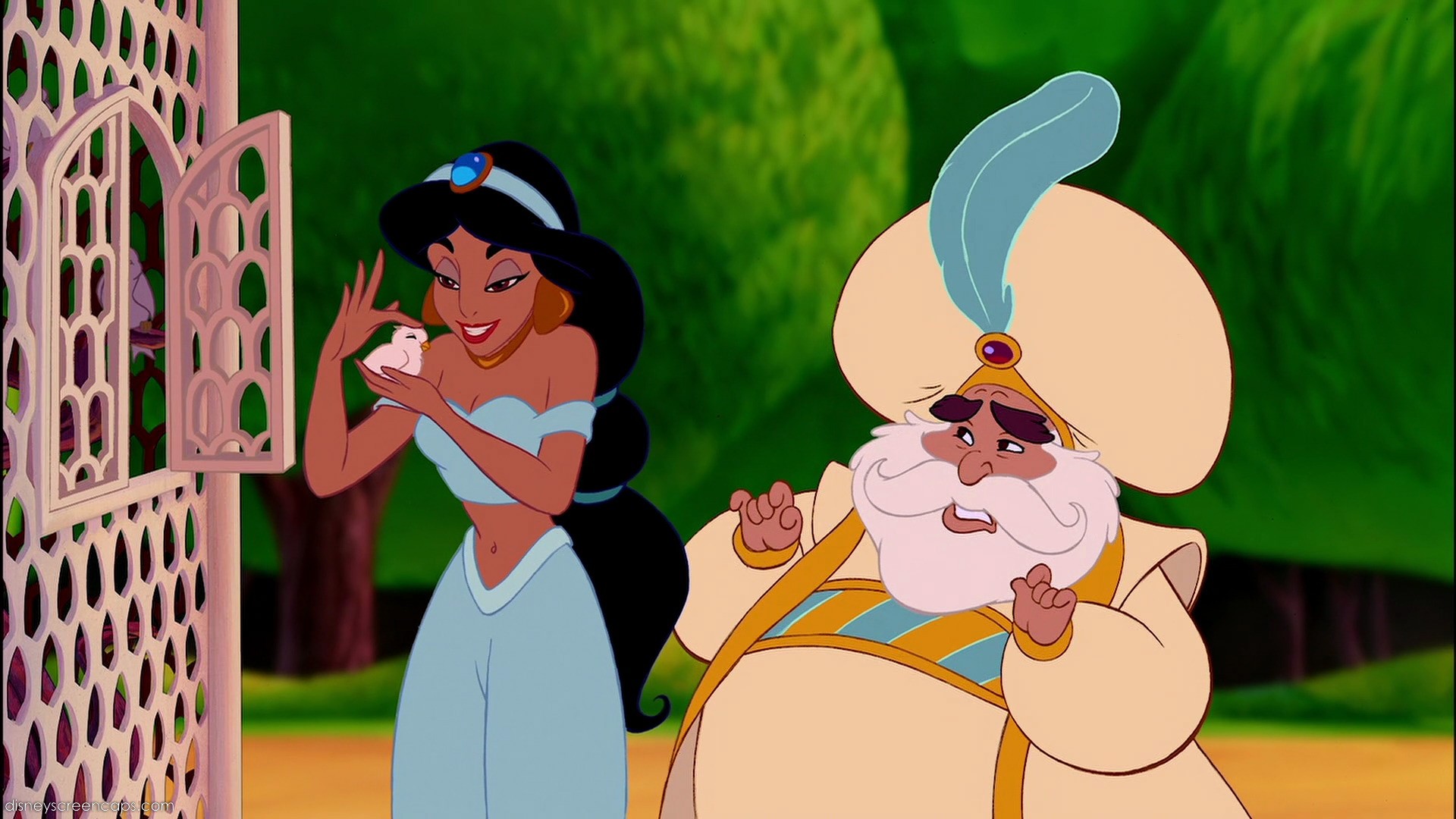 Linda Larkin: I remember reading the script and feeling immediately connected to her. And the first scene I read was in the marketplace. And she’s talking to the camel, and she meets Aladdin. She then sees a child and offers him an apple. It was just this rich and vibrant scene and she was just moving from one thing to another and really experiencing the world for the first time. And I was sort of at that stage in my life where I was just starting to experience the world for the first time through my own eyes. And I really connected to her on that level. A lot of times people ask me if I think that Jasmine was a good role model. I’ve heard the criticism that all Jasmine wanted to do was get married. Like that was her big goal in life. That’s actually not true. Jasmine was fighting against an injustice, with the marriage law of her society in her time. And she says in the movie to her father, “The law is wrong!” She risks her safety and her comfort and she goes out and she finds a way to change that law. That’s a really powerful message for young girls and boys. And I’m really proud to to be associated with a princess who got to deliver that message.

Woman’s World: The film, of course, featured the voice of Robin Williams as Genie. What was that experience like?

Linda Larkin: When I think about Aladdin, I have the experience of doing this character. Of working with great actors. Working with Robin Williams. It was never lost on me how lucky I was to be in his presence every time I was.

Scott Weinger: I was obsessed with Robin Williams my whole life, because of Mork & Mindy. Even when I was a very little kid I had a Mork doll — an egg with a little Mork in it. Then by the time I got the part in Aladdin, my ultimately favorite movie at the time when I was 15 was Dead Poet’s Society, which starred Robin Williams. Walking into the room to work with the guy was intimidating, but he put me at easy very quickly. His whole demeanor was very soft spoken and very professional. Then he turned on the Robin Williams that everybody knows as soon as the tape was rolling, It was incredible. I’m very proud of myself, because it’s the kind of thing that I could see myself spinning out of control and not being present in the moment when I was working with him; just being so freaked out and intimidated and overwhelmed. But I remember it very clearly and it was a really great experience. The challenge was not laughing so hard and ruining every take. 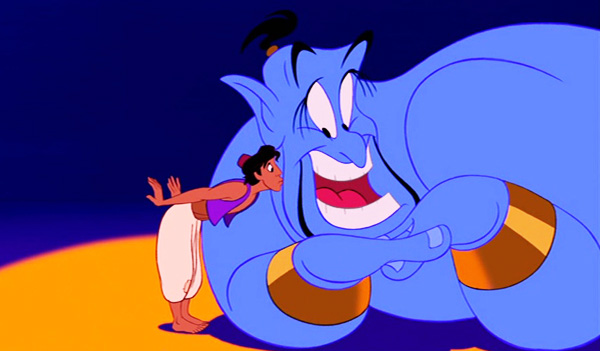 Woman’s World: Now there’s a Broadway musical of Aladdin, which begs the question: why does this continue to appeal to people?

Scott Weinger: The appeal is the story itself about a boy finding a genie in a lamp who gave him three wishes, and all of your dreams can come true. That’s timeless. It goes back many hundreds of years before the movie itself. The movie itself is timeless, because it’s part of the family of Disney. There’s just a magical quality to these Disney animated classic. It’s funny, because watching it again recently, it doesn’t feel dated. As the movie ends and Aladdin and Jasmine are sailing off into the horizon on the magic carpet, you feel very much like, “Oh, this is very much in the tradition of all the great Disney animated movies going back to the 1930s.”

Linda Larkin: One thing Disney is great at is coming up with stories, and when you have a good story, it’s timeless. And it resonates with people of all ages. I think this is just a really great story. It’s a story of magic and triumph, and love. Themes that all of us can relate to. It’s also a really beautiful, colorful, rich-looking world, and I think that’s fun for people, too.