After just one look at Lawrence Young’s one-of-a-kind truck, you might guess that he’s Carrie Underwood‘s ultimate fan — and you might be right. But there’s another reason the 69-year-old geology teacher has the country singer’s face plastered all over his truck. Young, 69, covered his Chevy Silverado with images of Underwood not only as a tribute to the singer, but also to remember his late wife, Kathi, who died in 2010 from complications related to fibromyalgia surgery.

When Kathi awoke from surgery in 2010, she had brain damage so severe she was bed-ridden and had limited speaking capabilities, Young told The Blaze. Listening to Carrie Underwood’s music was the couple’s favorite pastime, and it brought them closer together at the end of Kathi’s days. “When she died, she told me, ‘Stick with Carrie’s music and it will help you through life.’” So he did. 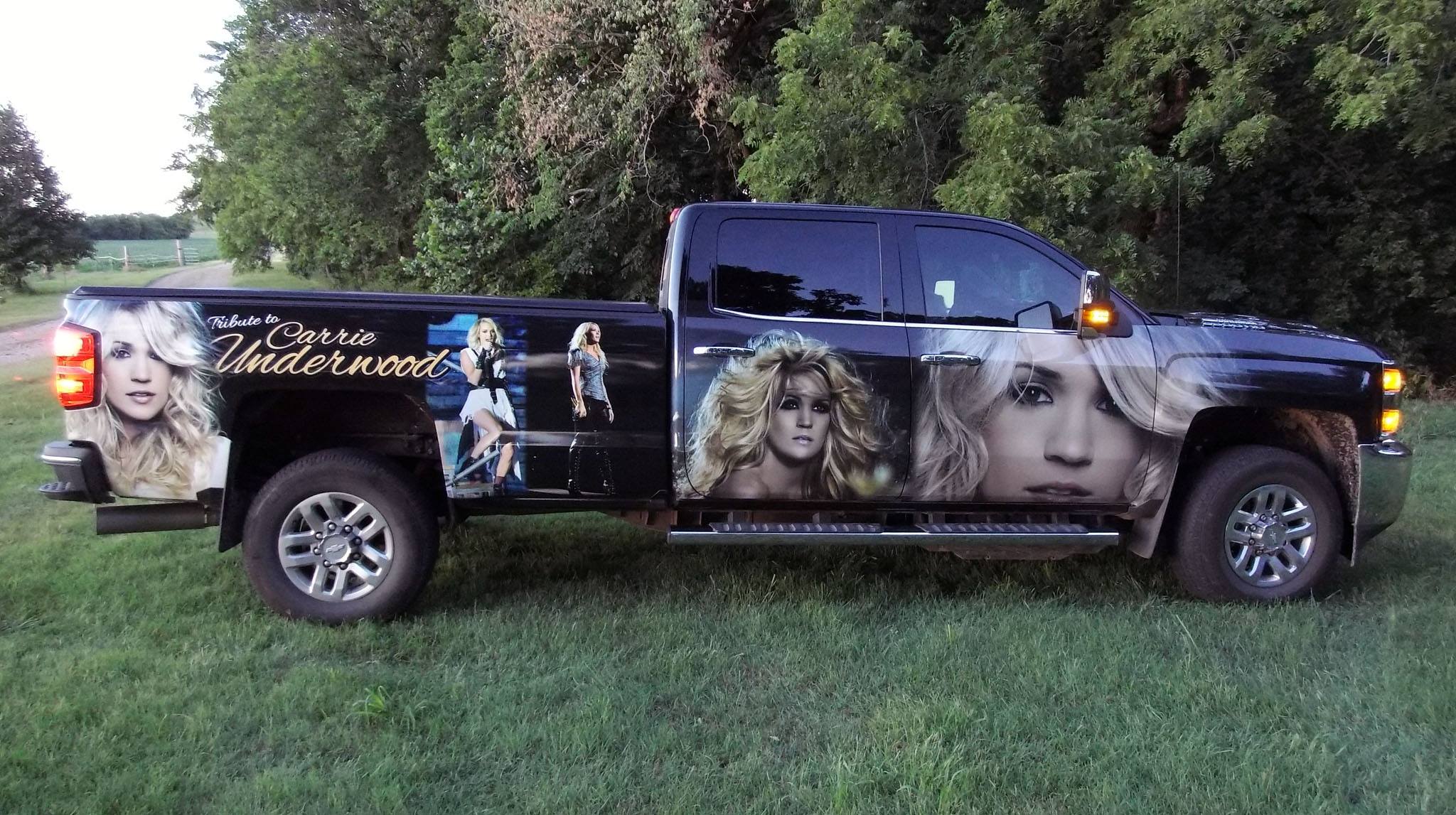 Young bought his dream car — a 2017 Chevy Silverado — and had a vinyl and sign company in Manhattan, Kansas, print the wrap. “Originally, I took it to a car wrapping place, but I didn’t like the way their design looked. So I had my son, who is a graphic designer, design it himself from scratch,” Young said. He even had the sign company rewrap the truck four times to ensure that it was just right.

After 10 days and $2,000, Young found himself with a truck that honored the two most important women in his life. The only music he allows in the truck is, of course, Carrie Underwood’s. (His favorite song is “Church Bells”.) In fact, Young says he’s never even turned on the car’s radio. When someone offered him $175,000 for the truck, he rejected the offer on the spot. “I didn’t do this for money or attention. I did this as a tribute to Carrie and my wife.” 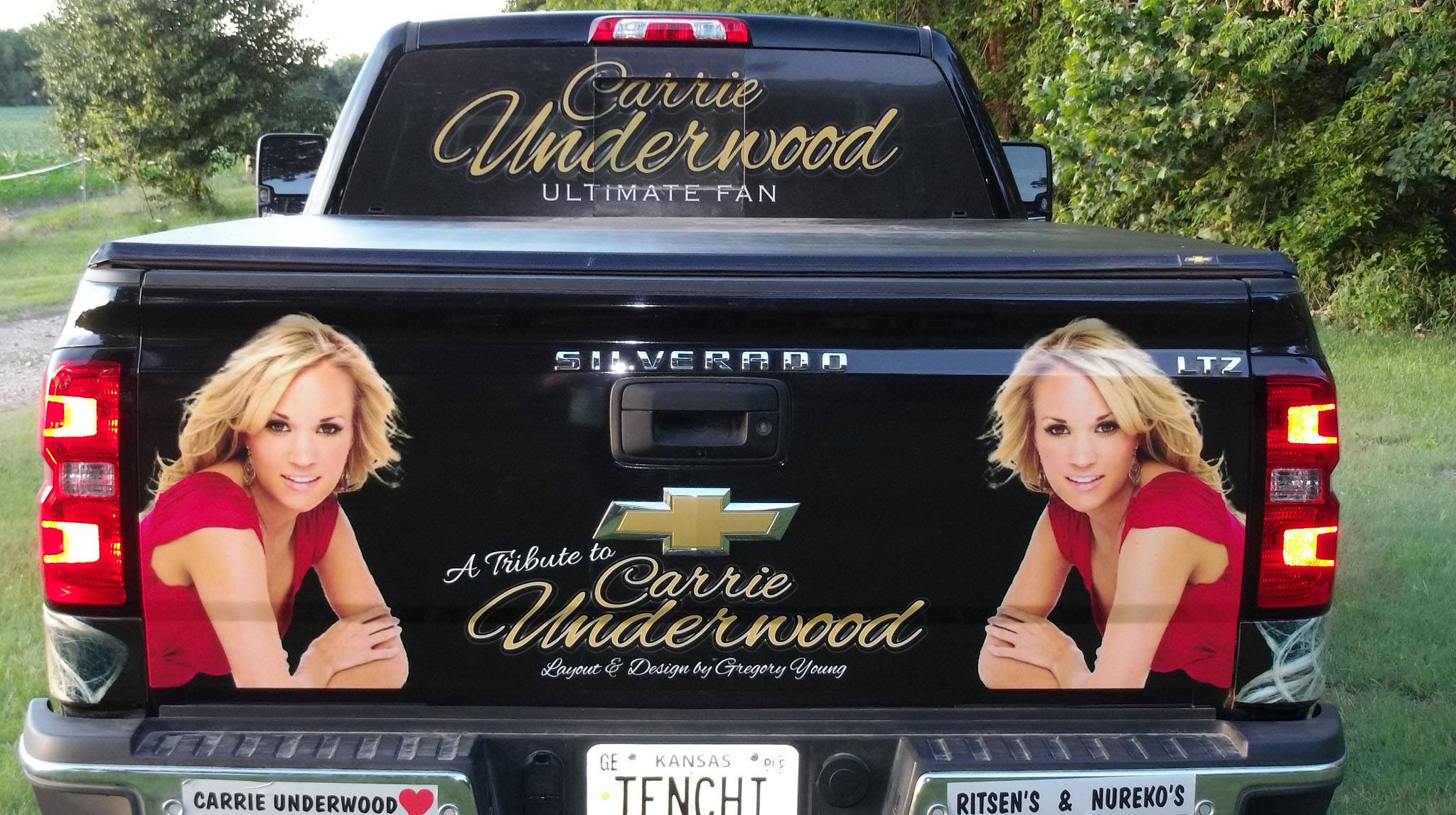 Now that he has the perfect truck, there’s still one more thing Young wants to accomplish. “My dream is to have Carrie see it in person and autograph the hood.” Now wouldn’t that just be amazing?

Watch the video below to learn Carrie Underwood’s workout secrets.