When I sat down with actress Janet Leigh back in 1984 to talk about Psycho, her autobiography, There Really Was a Hollywood, was just being published. She was feeling a bit overwhelmed by publicity responsibilities for that (which this interview was a part of) and a variety of other things. “I’m going a little crazy trying to juggle feeling well, and all of….this,” said Janet, who was 57 at the time of our conversation. “There’s just too much to do. When I got old….” Older, I offered as an alternative. “Older,” she smiled, “I thought life was going to be sitting on a chaise lounge, popping bonbons, and it just doesn’t work that way. Everyone says, ‘You know, as you get older, things get easier. You don’t do as much.’ For some reason, I’m doing more than I ever did.”

Including, at the time, reuniting with Dick Van Dyke, Bobby Rydell and Ann-Margret to perform a few numbers from their classic 1963 film musical Bye Bye Birdie at the American Cinema Awards Foundation. Rehearsal, she said, was getting to her, but she felt it was an important thing to do. “I love the project,” Janet enthused. “It’s for the business. You do so many things for every other thing in the world except your own business sometimes. It’s important to me, because this business has been great to me and I love it.”

That’s something that needs to be noted about Janet: it was obvious that she truly loved what she did and was appreciative of all of it, including the unexpected shadow of Alfred Hitchcock’s Psycho, which never went away despite the fact the film was 24 years prior to this conversation.

“If an actor can be remembered for one role, then they’re very fortunate,” she stated. 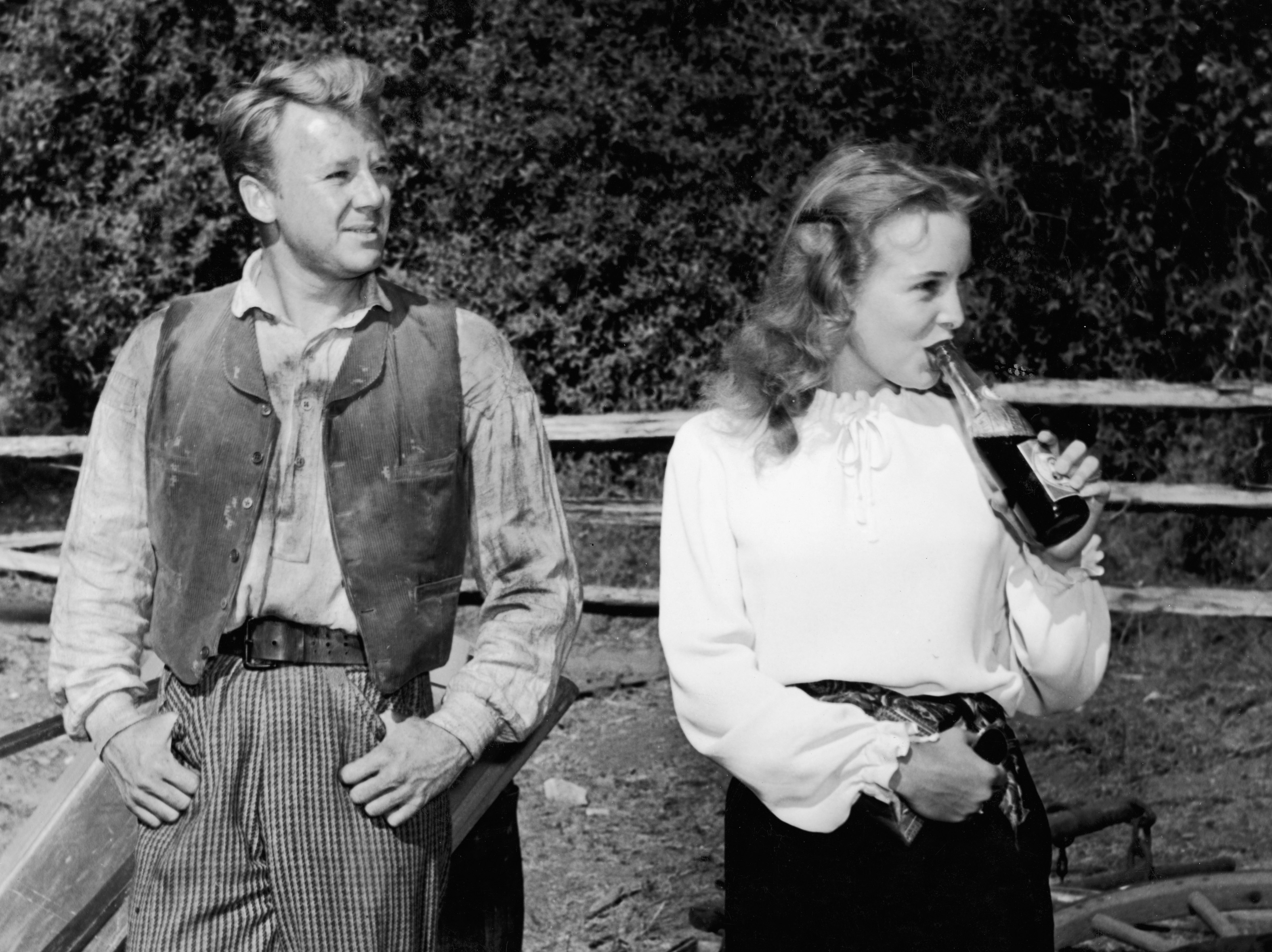 Born Jeanette Helen Morrison on July 6, 1927, in Merced, California, she secured an MGM contract when she was 18, making her debut in 1947’s The Romance of Rosy Ridge. Other films included Angels in the Outfield (1951), Scaramouche (1952), Safari (1956), Touch of Evil (1958), The Manchurian Candidate (1962), Harper (1977) and Boardwalk (1979). In between it all, she made a wide variety of television guest appearances. In her private life, she was married to actor Tony Curtis from 1951 to 1962, which was the third out of four marriages, and together they had daughters Kelly Lee Curtis and Jamie Lee Curtis. It was in 1984 she launched her writing career starting with There Really Was a Hollywood, then writing the non-fiction book Psycho: Behind the Scenes of the Classic Thriller (1995), and the novels House of Destiny (1996) and The Dream Factory (2002). But between it all, there was Psycho.

Considering the film’s standing it seems strange to say this, but beware spoilers! Janet plays Marion Crane who, to be together with her lover, Sam Loomis (John Gavin), steals $40,000 cash from her real estate employer (going against the basic morality that is a major part of her life). Driving off to meet Sam, bad weather forces her to pull into the Bates Motel. There she encounters manager Norman Bates (Anthony Perkins) — who she overhears having a vicious verbal battle with his mother in the house up the hill from the motel — and something in their conversation causes her to see the error in her ways. Determined to set things right, she says goodnight, with the intention of taking a shower, getting some sleep and driving back home. Sadly, she never gets past the first stage as a seemingly elderly woman hacks her to death with a kitchen knife while she’s showering, creating one of film’s most iconic moments and offering up a murder scene that was unlike anything that had been presented up until that time. From there, the film takes a left turn as it becomes about the investigation into Marion’s disappearance and the truth about Norman Bates and his “Mother”. 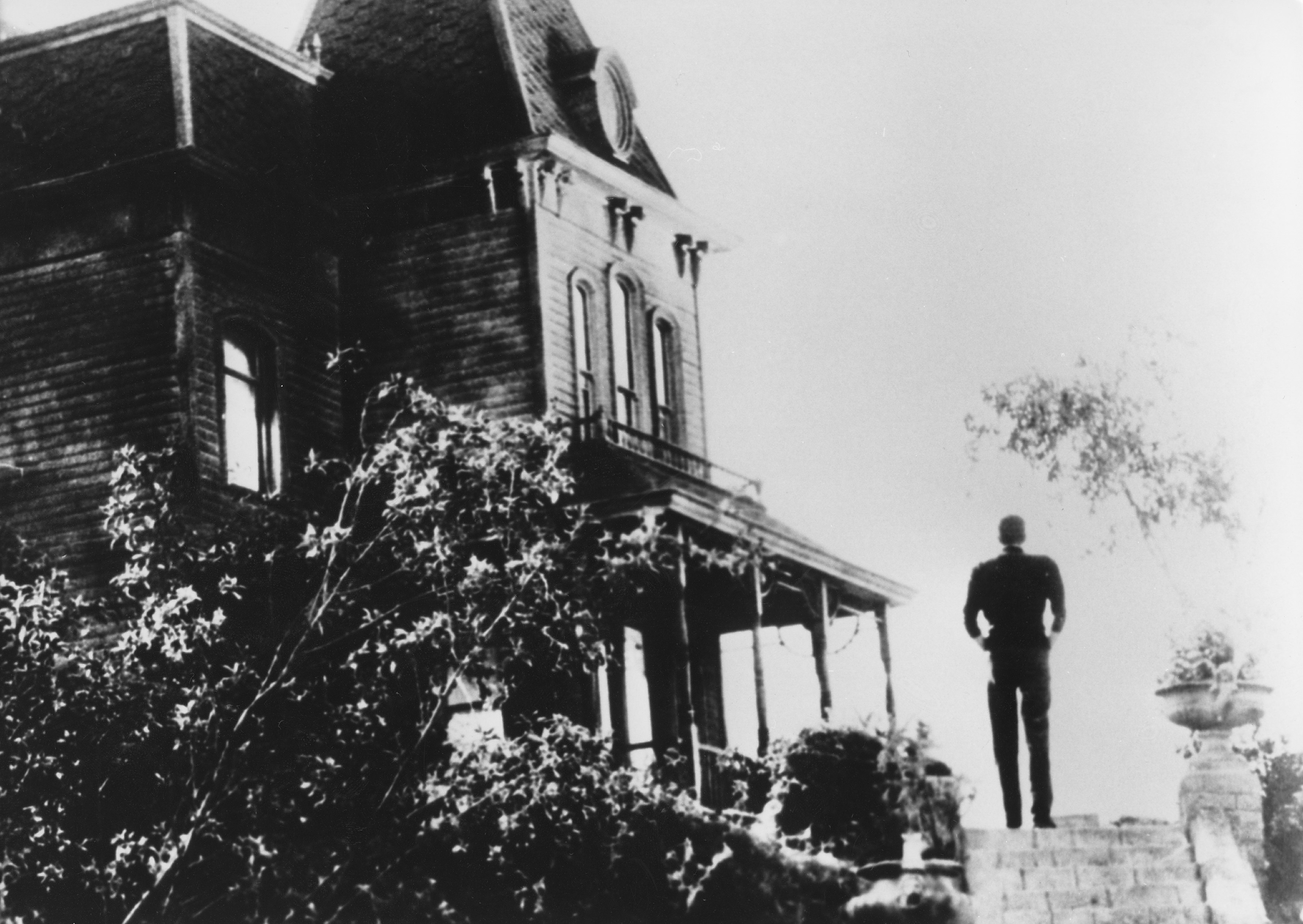 Despite the fact that Marion disappears about 20 minutes into the film, it was the shock of her death, according to Janet, that has resonated with viewers for all these years. “Here’s a woman who had come to terms with what she had done,” she detailed. “What I thought about was the inevitability of comeuppance. She was a victim of the time, the situation, her passion and, yet, her morality. It was really a very unconventional role, if you think about it. She was taking the shower and it was like a cleansing. She was going to go back and face the music. And to have that kind of ending was so against what the audience wanted or expected.

“People have asked me why Hitchcock never used me again, and we talked about it, because he used Grace Kelly and Tippi Hedren multiple times,” Janet continued. “But there was such a definitive impression about Marion that he said, ‘The whole picture of Psycho, everyone kept thinking Marion was going to come back. They could not believe that she was gone.’ They kept thinking, ‘Well, it was a mistake, and she’s really going to come back, and she isn’t really gone.’ Because it had just not been done before. He said, ‘The idea of using you again is just wrong.’ I’ve done pictures before where I expired, but that was a whole different thing.” 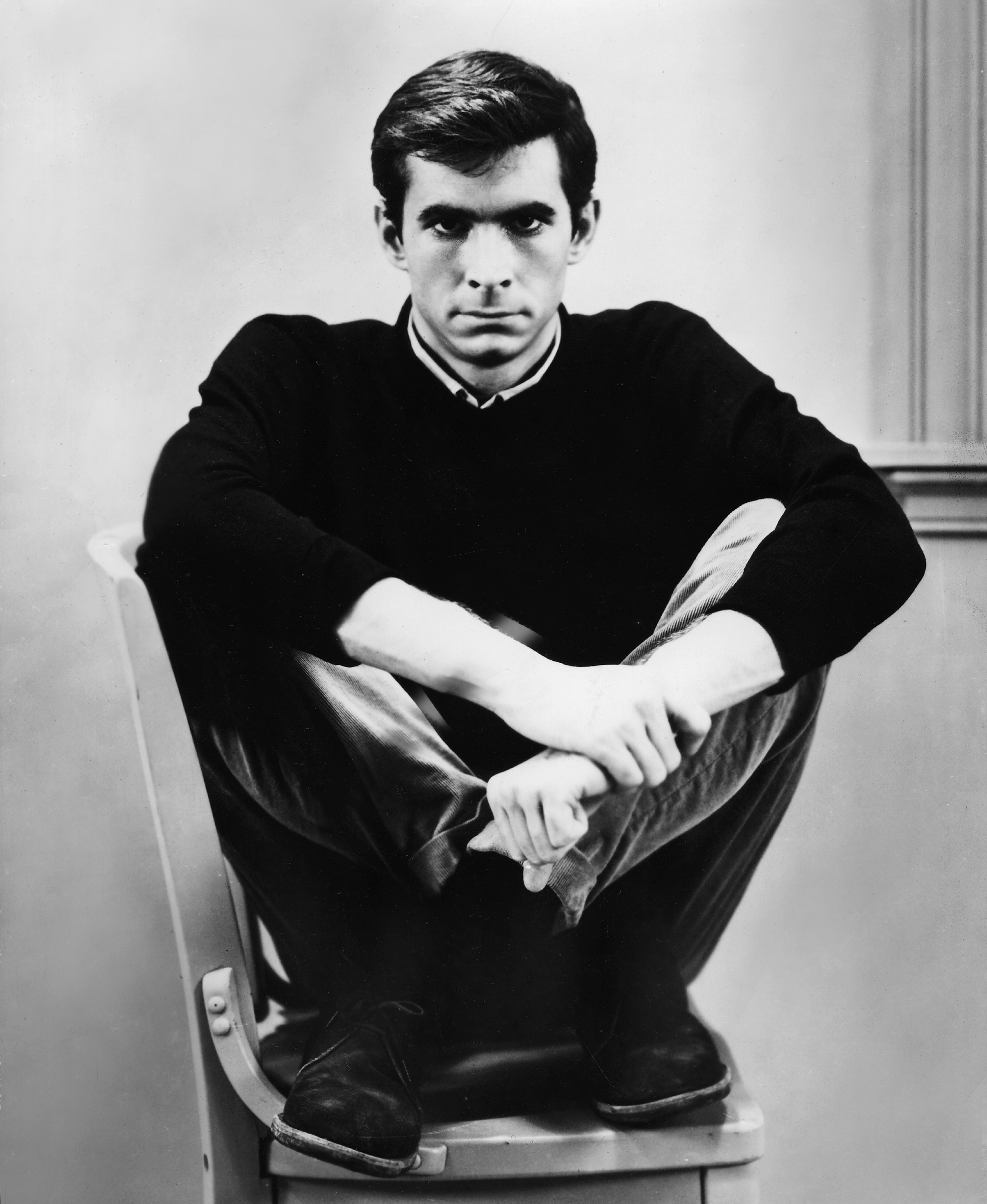 The actress herself was not shocked at the turn of events for the character, having been sent the Robert Bloch novel the film was based on, with Hitchcock explaining that Marion would be a little different in the script. “Then, I read the script. If you think about it, and I don’t mean this egotistically in terms of Janet Leigh, I’m talking about the character of Marion Crane, she’s all you think about in the picture. The first third — maybe not even a full third — her story was almost in pantomime, because she had very little relationship with anyone else, except the establishing one with John Gavin. And then the one with Perkins, but then it was over. The rest of the picture was devoted to what happened to Marion. All you talked about or thought about the whole picture was Marion, because everyone kept thinking they were going to see her again. How could anyone argue with that kind of a part?” 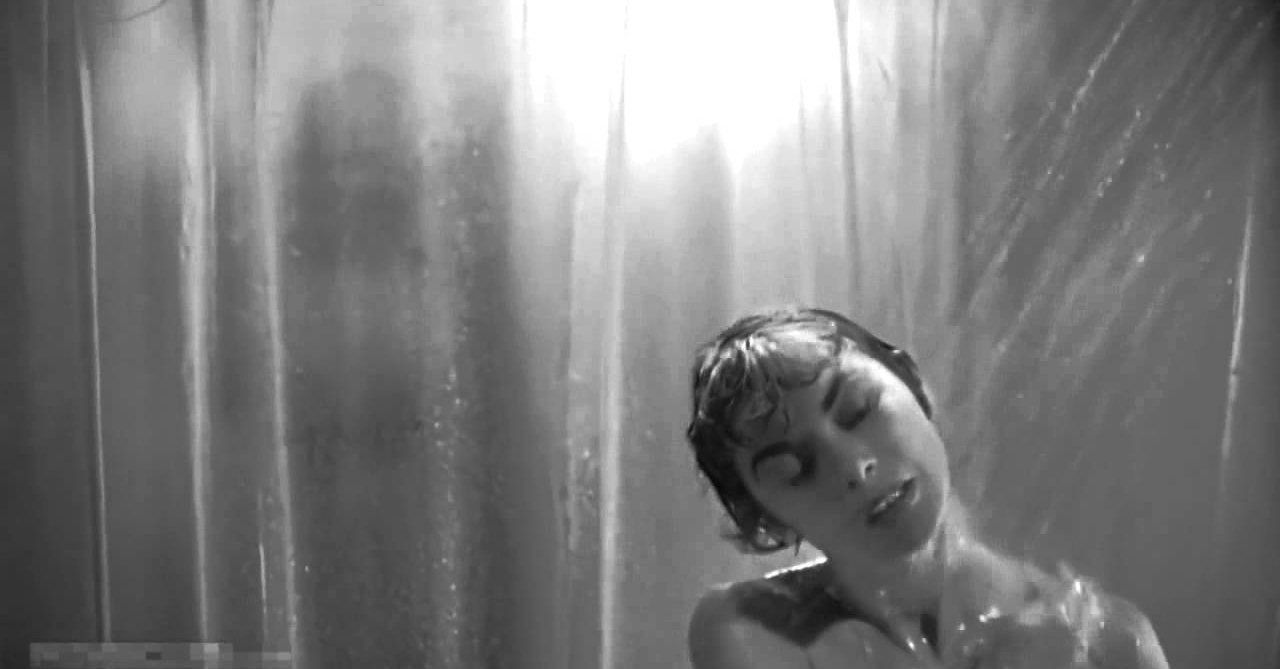 Janet was, she offers, pleased to find that legendary “Master of Suspense” as Alfred Hitchcock was called, certainly lived up to his reputation during filming. 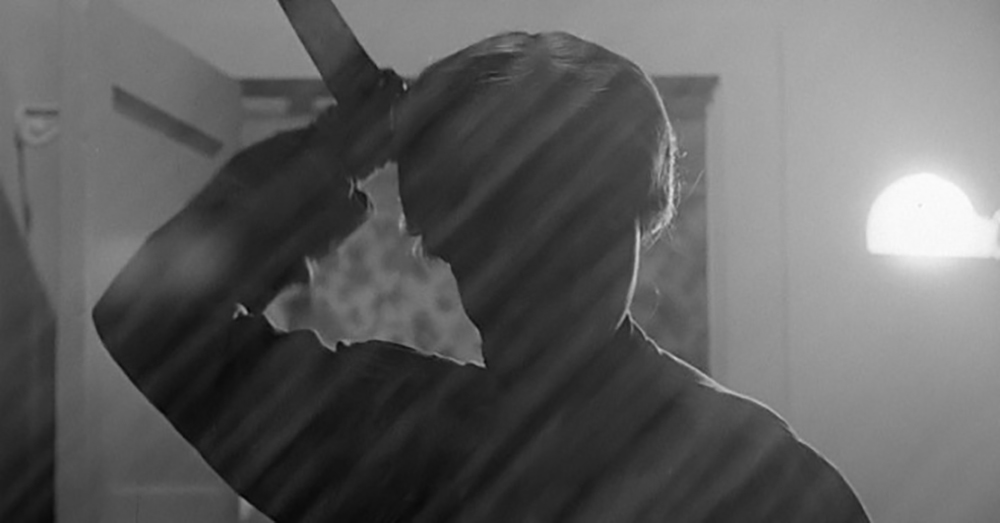 “We shot that picture so easily, so quickly, because of Mr. Hitchcock’s preparation,” she said. “The planning, the concept, the details — everything was done before. It was never a haphazard, ‘Well, let’s see what we do now.’ He gave me great respect, but it had to be within the framework of his concept, his camera. He already knew how the camera could make it exciting, how the camera could make it work. So as an actress, you do what you have to do and bring to Marion all the things you want to bring to her. That’s why I put in the vulnerability, the passion or whatever, because I had my thoughts and he said, ‘Fine, great. Just don’t go beyond what I want.’ If I didn’t have a motivation to make a move when his camera had to move, I had to create or invent my own motivation. That, to me, is a compliment as an actress.” 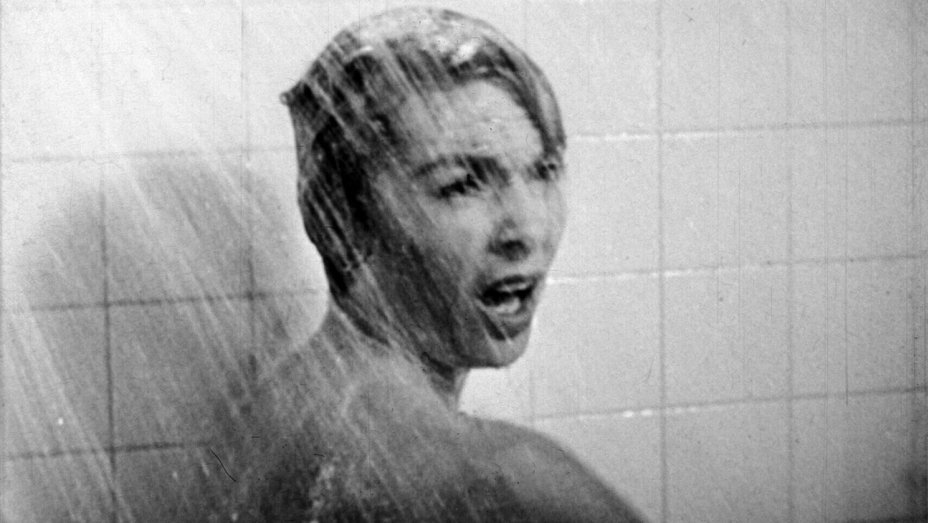 All of which is wonderful to hear, but you cannot talk to Janet Leigh about Psycho and not address the shower in the room, and the rumors that have surrounded it for decades. For instance, it was supposedly shot with a nude body double.

“At the time,” Janet detailed, “there was still the ‘Hays Code,’ which was a censorship program. It was not possible to really show what you’ve got. The fact that I was in the opening scene in a half-slip and half-bra almost caused them to go crazy. So when the shower scene was done, I wore moleskin over my vital parts. And as much as you think you saw something, you never saw anything, because you could not show it back then. It was literally against the law. Now, I’ll tell you when they did use a nude model: when Norman goes into the bathroom at the end of all this and drags the body out wrapped in the shower curtain. That’s the only time I knew of a nude model. But, again, with me you don’t see anything. A bellybutton, and, because the cutting was so fast and accompanied by that music, you’re, like, ‘By God, I saw her nude.'”

There is also a shot — that seems to go on forever — where the camera is locked on Marion’s dead eye, and Janet somehow never blinks. Not once. Some have suggested that this was a still photo that had sprinkles of water applied to it. 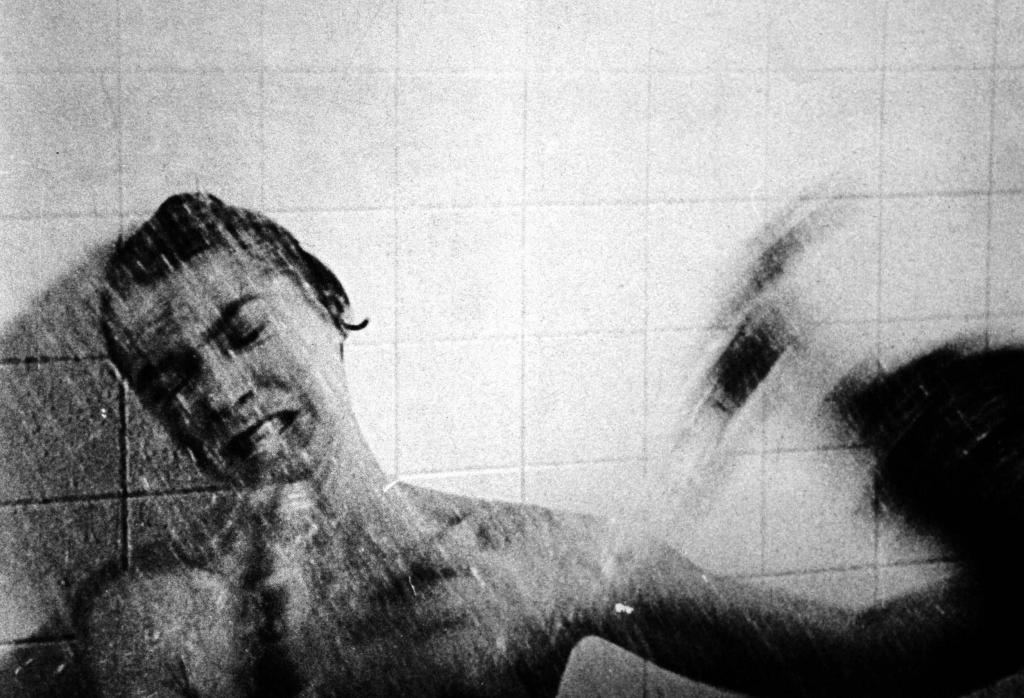 “That is not true,” she says. “About three weeks before we shot it, Mr. Hitchcock and I went off to the optometrists. He wanted me to put in those lenses that would give me a scary look. At the time — remember, we’re talking late 1959/early 1960 — for me to wear those lenses would’ve taken six weeks for my eyes to get used to them. And if I didn’t, it could have damaged my eyes. Mr. Hitchcock said, ‘Well, you can’t do that.’ I said, ‘No, we can’t,’ and he replied, ‘You’re just going to have to do it on your own.’ So I held that look. It’s not a photograph, goddamnit!” She broke into a smile. “I will say it wasn’t easy.” 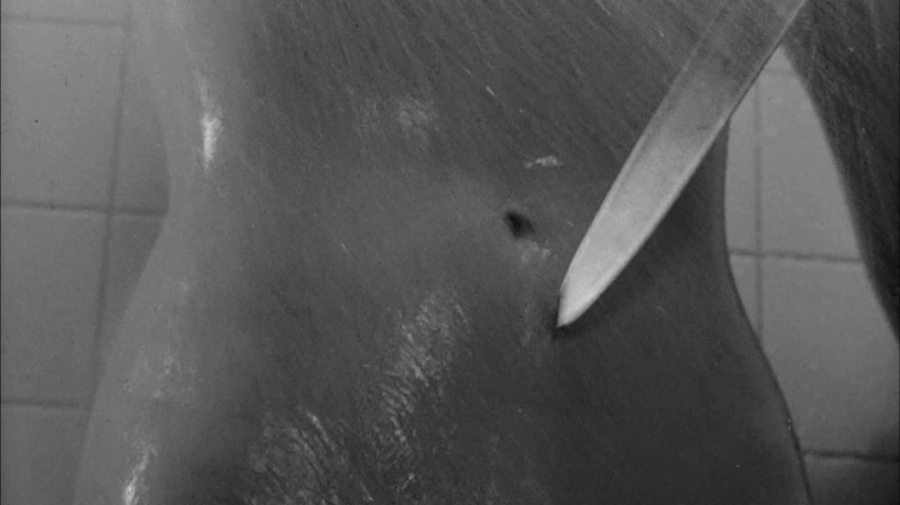 And neither was the aftermath of Psycho for her. For starters, she could never look at showers the same way again. “I stopped taking showers and I only take baths,” she said without humor. “And when I’m someplace where I can only take a bath, I make sure the doors and windows of the house are locked. I also leave the bathroom door open and shower curtain open. I’m always facing the door, watching, no matter where the shower head is.”

Additionally, for a number of years she would receive some bizarre and, frankly, frightening letters from people. “There were people who were disturbed and who took Psycho as a way to vent their unfortunate demons,” she recalled, “and I really got a lot of letters where they told me that they were going to do the same thing to me that Norman Bates did to Marion Crane. I don’t get as many now as I did in the beginning, but I have to say, it was pretty serious. The FBI had to come in. Luckily nothing ever happened.” 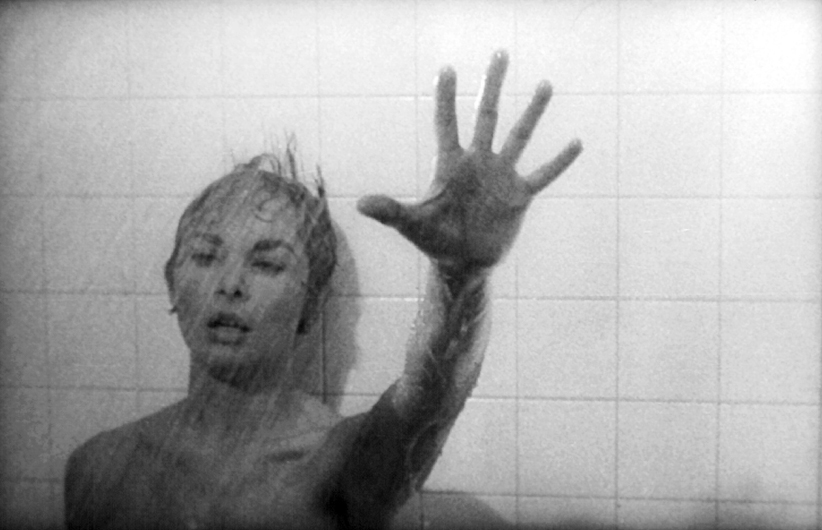 Janet, who passed away on October 3, 2004 (about 20 years after this interview was conducted), found herself nominated for the Academy Award in the category of Best Supporting Actress for her role as Marion. Not winning didn’t disappoint her as much as the fact that Hitchcock didn’t win for Best Director. 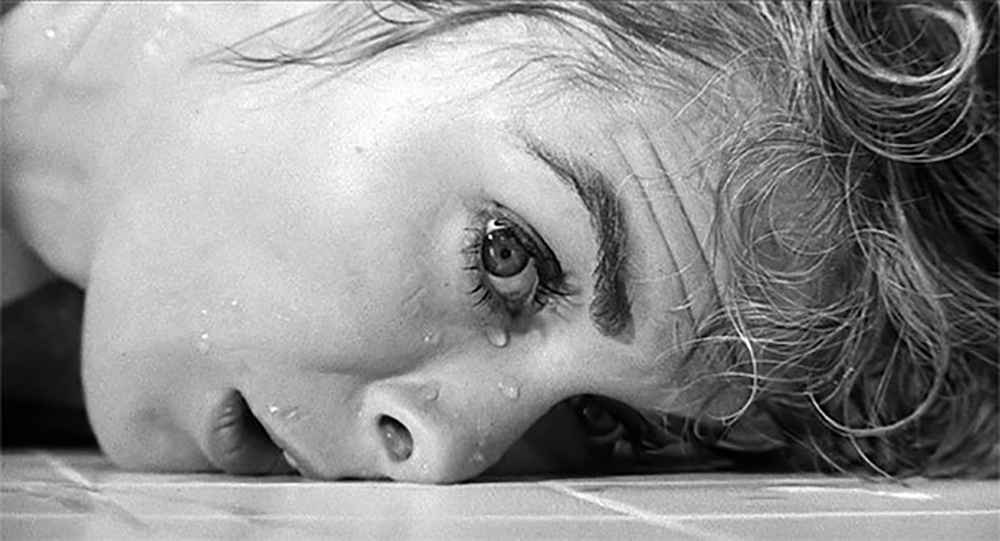 “We’re talking about a man who gave so much to our industry, and to me personally,” she said. “He gave me the opportunity to be a part of something that has become a classic, and it provided me acceptance as an actress. I feel incredibly honored to have been a part of it.”

Even with the fear of showers, the threatening letters and the fact that it was difficult to think about her and not have images of Psycho come to mind? Janet Leigh didn’t hesitate a second before replying, “I wouldn’t have missed it for anything.”