Duchess Camilla recently revealed Prince Charles‘ favorite foods, and the list is proof that royals are just like us. Apparently, all the gourmet meals, hard-to-pronounce dishes, and tiny serving sizes aren’t as appealing as good old-fashioned fare.

During an episode of the TV show MasterChef Australia, the Duchess of Cornwall was asked about her husband’s food habits. The contestants on the cooking show had to create a plate for Charles, so they no doubt paid special attention to what Camilla had to say. “He loves local cheeses, he’s a huge cheese fan,” she divulged. “Anything to do with cheese, he’ll love… Anything with eggs, with a bit of local vegetables of some kind, he’d love that. You’d definitely see a smile.” Cheese, eggs, and veggies sound like the perfect ingredients for a delicious omelette.

The Duchess of Cornwall gives us the heads up on what His Royal Highness, The Prince Of Wales likes to eat and what *not* to do in a canapé 👌 @ClarenceHouse @crispycrackling #MasterChefAU pic.twitter.com/0eOZZeqxfn

Camilla also disclosed an ingredient royals would rather avoid — and it’s a bummer, because we use it often. “I hate to say this, but garlic. Garlic is a no-no.” Given that the royals are constantly meeting with people, it makes sense that they’d want to have fresh breath. There’s nothing worse than trying to have a conversation and getting a garlicky whiff every time your seat neighbor opens his mouth. 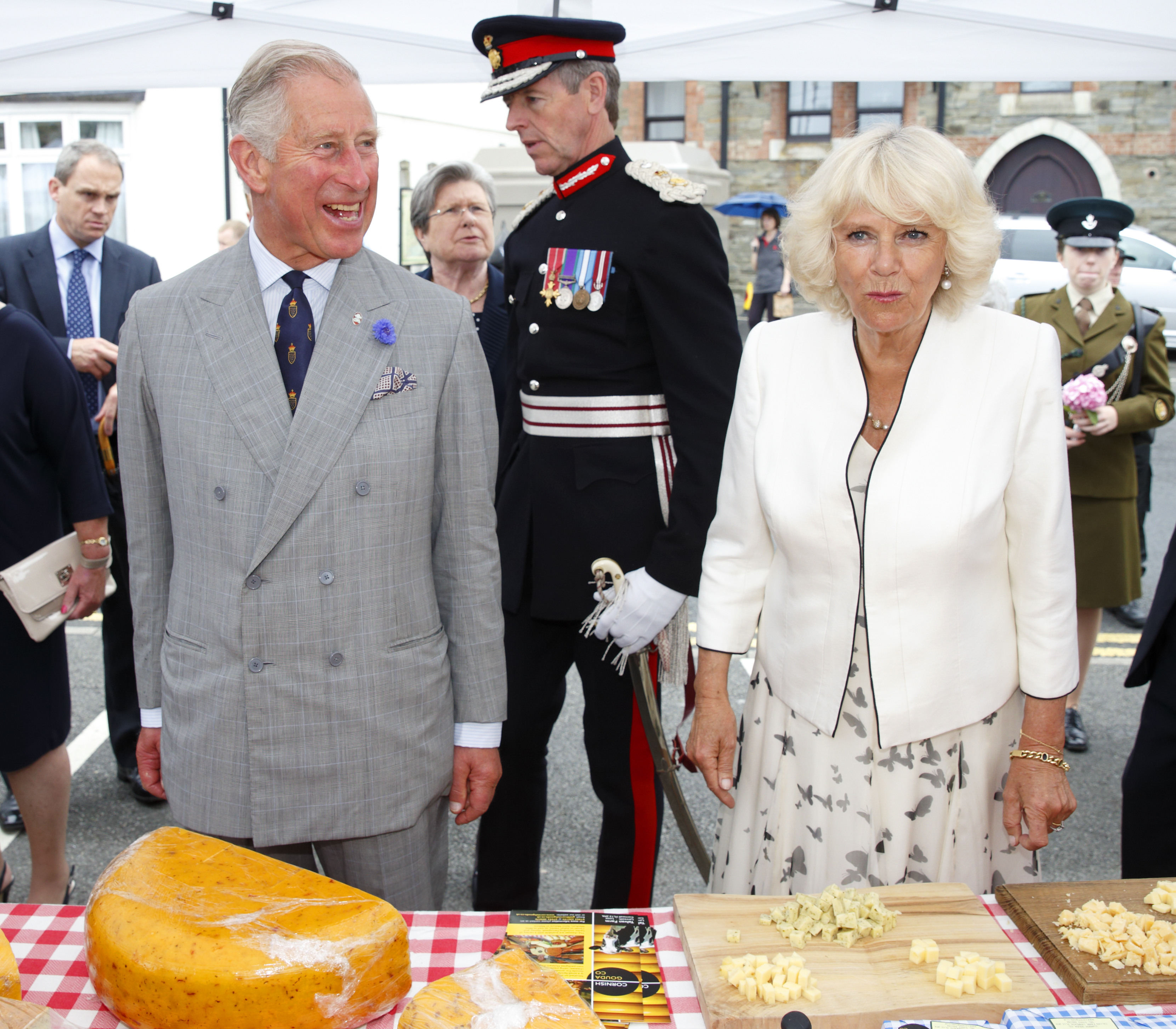 Prince Charles is all smiles at the sight of so much cheese. (Photo Credit: Getty Images)

Despite having a chef (probably multiple chefs!) who could whip up whatever he desired, Prince Philip has always preferred healthy options. “At Highgrove [Prince Charles’ home], they’d grow their own fruit and vegetables, so almost everything was homegrown,” former royal chef Carolyn Robb said in an interview with Racked. “That was the kind of thing he liked most of all—things from the garden, from the estate. Both he and Princess Diana had a really healthy diet.”

Another interesting tidbit Robb revealed was that the royal family packed their leftovers in Tupperware to eat later. “But we were always quite careful: [Prince Charles] never wanted to have huge amounts of food on the plate. They were always very thrifty and economical. If we made roasted lamb and there was leftovers, we’d probably go and make sheperd’s pie the next night.”

Though we’re an ocean away from Kensington Palace, it’s nice to know that with our Tupperware and love of cheese, we can still eat like a royal.