At her heaviest, Tara — a mother-of-two who appeared on My 600-lb Life — tipped the scale at 606 pounds. The show documented her difficulty walking, breathing, and dealing with severe joint pain during its second season. With all the excess weight, Tara hardly had any sort of social life, let alone a romantic one… In fact, she had never even been on a date.

After undergoing major weight loss surgery, Tara lost a whopping 300 pounds! When TLC returned to shoot a one-time update segment, she revealed she would be willing to go on her first ever date in front of the cameras. 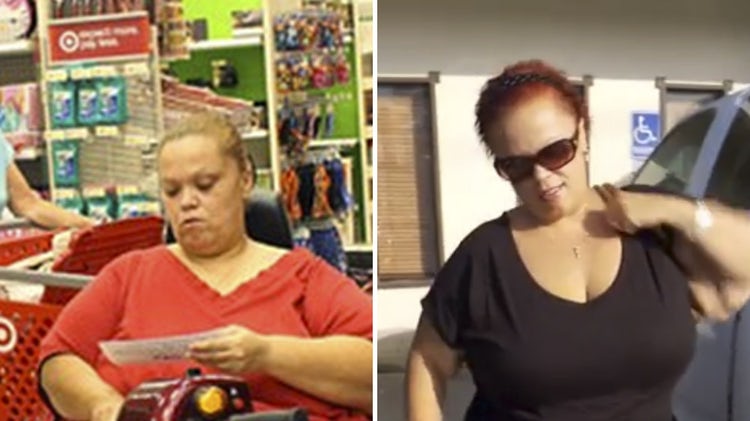 Tara before and after losing the weight. (Photo Credit: YouTube)

“I have never in my life been on a traditional date,” she said. “I don’t know if I am ready, but I am going to take a chance.” She decided to go out to dinner with Eugene, a man she’d known for 14 years— and they hit it off! “I’m starting to feel like I can have a life again and I can be happy. It’s scary but it’s exciting at the same time.”

When it comes to keeping the weight off, Tara revealed she’s careful about her eating and exercise habits. “Now that I have lost the weight, this is a whole new world for me,” she revealed. “The reason I am willing to give Eugene a chance is that he is a good man.” She was even open with him about her new healthy lifestyle. “I have to be careful about what I eat,” she said. “If it’s not healthy or its too much food, I’m not going to do it.”

Tara showed she was determined to create a better life for herself. “I am not trying to get back [to 600 pounds] because that’s not healthy for nobody,” she continued. “I want to be a wife one day. I have to be happy with myself to find someone. I am starting to feel like I can have a life again and I can be happy. It’s scary, but it is exciting at the same time.”

Watch other stars of My 600 LB Life talk about their lives after losing weight.

This post originally appeared on our sister site, Life & Style.

‘My 600-lb Life’ Star Janine Began Using Diet Pills as a Child: “My Life Was Never the Same”