Five-year-old Sunshine Oelfke has been faithfully saving her money to buy an Arctic Cat snowmobile, so when the tot emptied her piggy bank and put the money in her backpack, Sunshine’s grandmother, Jackie Oelfke, was confused. When Oelfke asked Sunshine what she was doing, the kindhearted kindergartener told her grandmother that she wanted to help out her friend who didn’t have money for milk at snack time. And what started as a $30 donation quickly grew to more than $13,000 when folks around the country heard Sunshine’s story.

There are 20 kids in Sunshine’s class at Birchview Elementary in Ipsheming, Michigan. Milk costs $0.45 per carton, but more than half of Sunshine’s classmates can’t afford it. If each of Sunshine’s peers were to receive milk, it would cost about $180 per month. 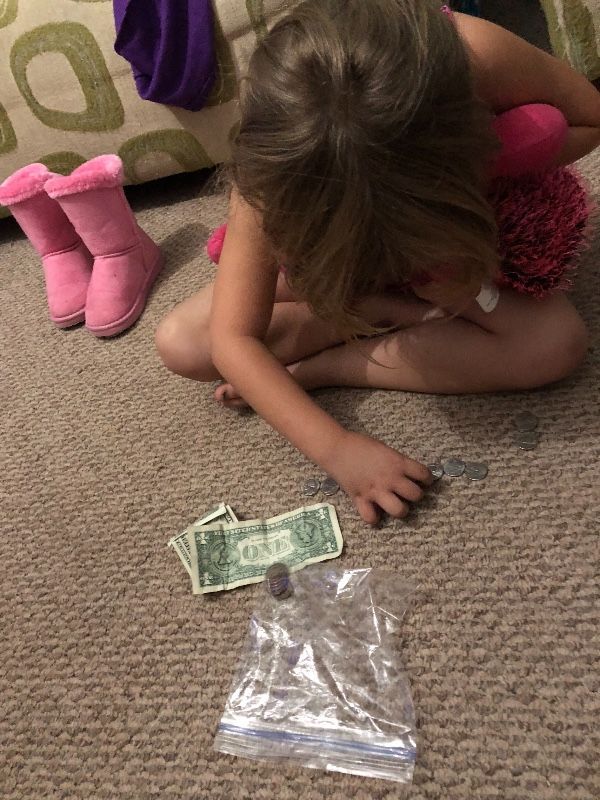 When Oelfke realized there were more students than just Sunshine’s friend who couldn’t afford milk, she knew something needed to be done, but wasn’t sure where to start. Oelfke posted a teary video to her Facebook explaining the situation, and Sunshine’s kindness started the domino effect. People wanted to know how they could donate to Sunshine’s class, so Oelfke started a GoFundMe page called Sunshine’s Class Milk Money Mission.

Oelfke’s goal was to raise $700 to buy enough milk for Sunshine and her classmates for the semester, but that goal was reached so quickly that she decided to increase it to $5,000. As of this posting, the GoFundMe page has raised more than $13,000 in less than a month! 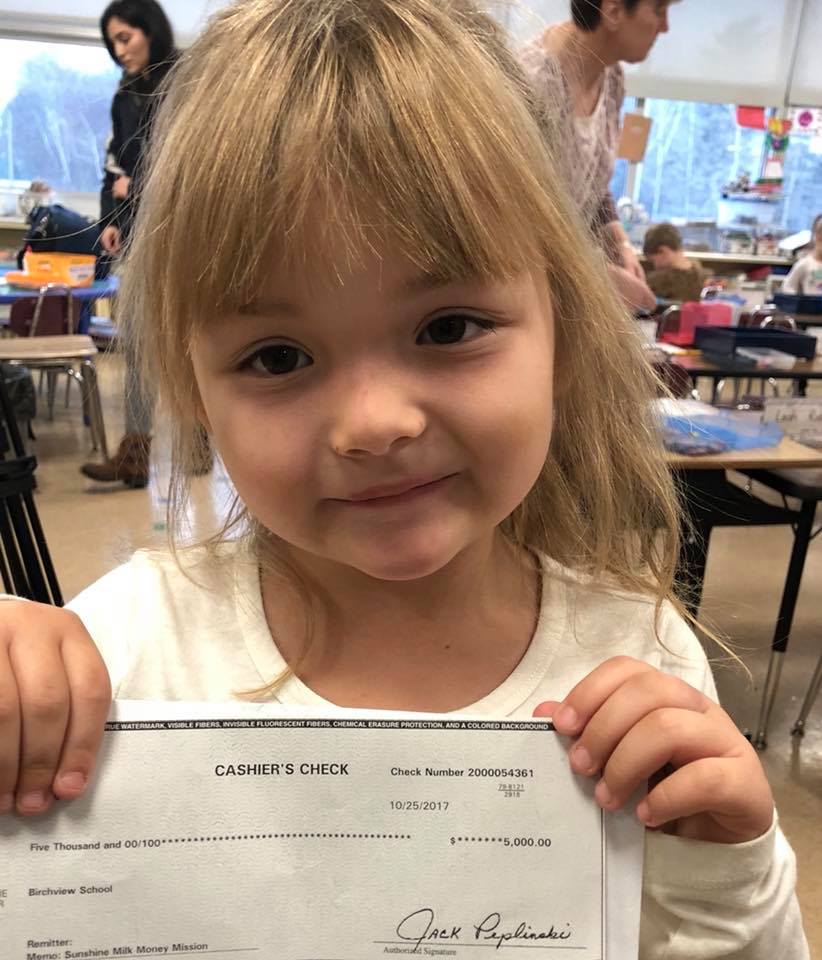 “She doesn’t understand the impact she’s made,” Oelfke told CBS News. “But now she knows she can do whatever she puts her mind to.”

In a Facebook Live video, Oelfke said that the fundraiser was so successful that Birchview Elementary’s entire kindergarten class would have free milk for the entire year.

If you would like to donate to Sunshine’s milk fund, you can visit her GoFundMe page here: Sunshine’s Class Milk Money Mission, or you can also send donations to the family’s home at 152 Angeline Street, Ishpeming, MI, 49849.

Pregnant Mother Was Flying Alone When Her Infant Son Started Fussing. Then a Man Grabbed Her Baby

Stranger Pays for Grieving Woman’s Groceries. Then, Her Daughter Tracks Him Down at His Job