If you plan on visiting the Tucson Botanical Gardens in Arizona anytime soon, you’re in for a smelly surprise. On display at the gardens is Rosie, a rare corpse flower that’s expected to bloom soon. However, this blossom has a very peculiar fragrance: It gives off an odor so foul that it’s been compared to a rotting corpse (hence the name). Fortunately, there’s a live broadcast on YouTube, so you can witness this remarkable event while sparing your poor nose the torture. Check out the live video below to watch Rosie bloom.

Rosie’s skin shed on Monday, alerting staff members that the blooming was imminent. Despite predictions that the plant would open up on Thursday, Rosie still hadn’t blossomed as of 8 a.m. MST (10 a.m. EST). “She grew 1.5 inches overnight and is getting a bit fatter. Could she be holding out for Earth Day to bloom?” the Tucson Botanical Gardens staff wrote in an update.

Rosie our Corpse plant has shed her skin, stay tuned for updates. pic.twitter.com/fthi3QFbjf

So what’s so special about Rosie that would make hundreds of people tune in to watch a large, stinky flower open up? Rosie is an Amorphophallus titanum, also known as a corpse flower (or titan arum). These plants, which have been ranked among the worst-smelling flowers in the world, take between seven and 10 years to bloom, and the blooms last only for 24 to 36 hours. Because corpse plants flower so infrequently, they use their putrid scent to attract insects such as flies and carrion beetles to help pollinate them and spread the species.

Rosie stands three feet tall and is estimated to be about nine years old. According to Michael Madsen, the Tucson Botanical Gardens’ butterfly exhibit manager, staff didn’t expected Rosie to bloom for another two years. But once Rosie does, the plant will produce small red fruit that will be ripe in about six months. At that point, the botanical garden employees will remove the seeds and use them to grow more Amorphophallus titanums.

Earlier this year, a massive corpse flower named Spud bloomed in Cairns, Australia. At six feet tall, Spud would tower over little Rosie. “Size does matter,” Gregory Mueller, the Chicago Botanic Garden’s chief scientist, told the Chicago Tribune. “The larger it is, the more surface it has to warm up, and it can (produce) more odor. And then the odor can go further and attract pollinators further afield.” 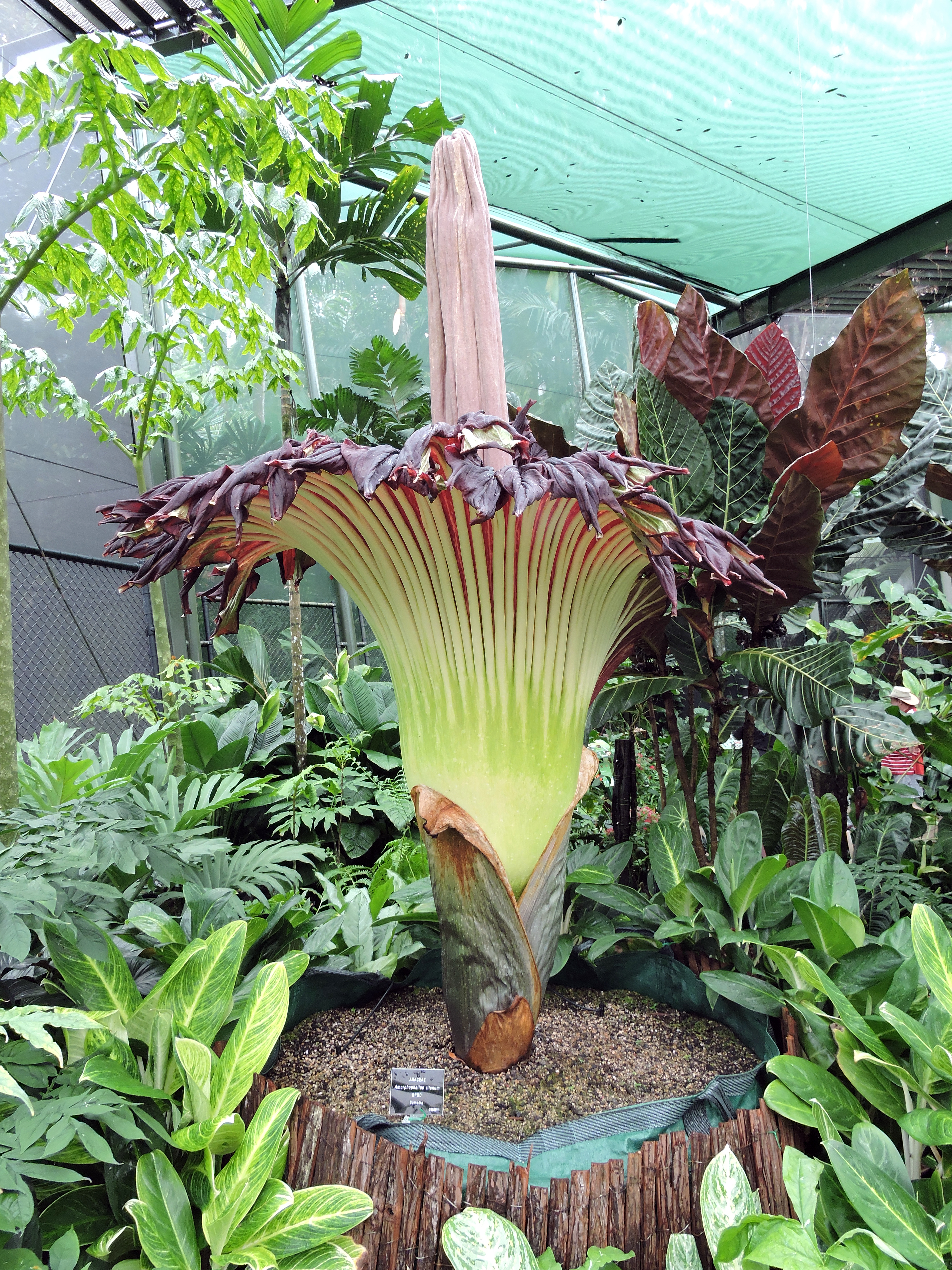 Because Rosie is an early bloomer (pun intended!), the stench won’t be as overpowering should you decide to visit the botanical gardens in person. That said, you still might want to bring some nose plugs just in case.

These Grocery Store Flowers Will Last the Longest

Surprising Health Benefits from Eating Flowers You Didn’t Know About