If you’re a mom who can remember the exact moment you found out you were pregnant, you’ll completely understand the shellshocked reaction of a former shelter cat from Greenland when she “found out” the big news.

In mid-April, a tiny tabby cat was taken off the streets of Nuuk, Greenland, and brought to the Dyrenes Venner animal shelter. The shelter staff immediately fell in love with the adorable fur ball and named her Ulla. But little did they know, this sweet kitty was hiding an even sweeter secret. In hopes of saving Ulla from Greenland’s freezing temperatures, Dyrenes Venner (which means “Protector of Animals in Greenland”) decided to give her a warm place to stay until they could find her an even better forever home. Ulla was overwhelmed with gratitude and happiness when she arrived at the shelter and made herself right at home by snuggling up to her new friends, including the dogs and guinea pigs.

“She’s very lovely and caring,” Inunnguaq Christiansen, a board member at Dyrenes Venner, told The Dodo. “I brought my own dog, Yaris, to the shelter one time and Ulla immediately jumped on the cage.”

At first, Ulla’s maternal nature was seen as just another wonderful part of her personality. But as the weeks passed, Christiansen began to notice that their cute, little Ulla wasn’t so little anymore. In fact, she’d gained an immense amount of weight, with more than a few pounds added to her midsection.

“One of the volunteers came with the comment that Ulla was getting pretty big,” Christiansen said. “Upon closer inspection, it was only around the belly area, and her nipples were getting pretty stiff.”

After checking out Ulla’s new figure, the team decided to take her to a veterinary facility for an ultrasound. 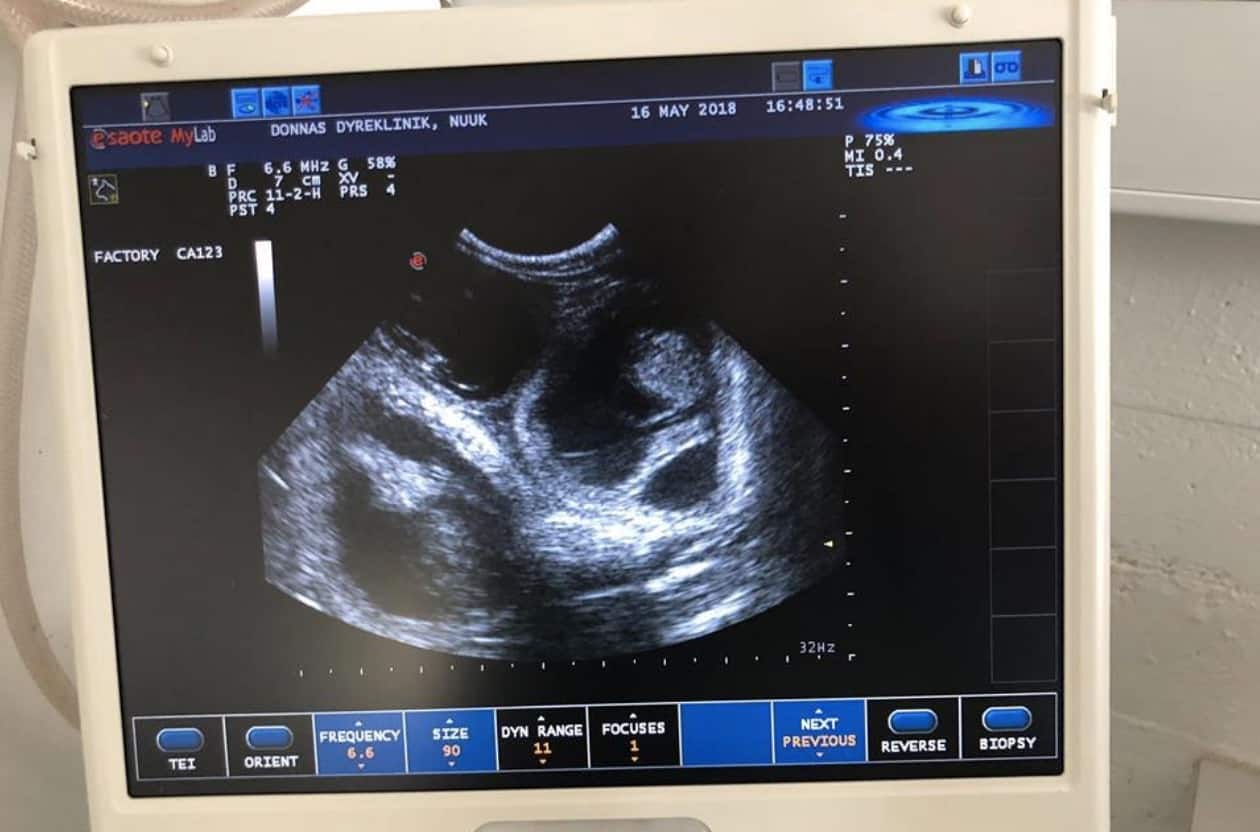 To everyone’s surprise, the ultrasound revealed that little Ulla was on her way to a life of motherhood. From the look on her furry face, it doesn’t look like Ulla wasn’t ready to hear the big news. (Of course, we know Ulla wasn’t actually reacting to the ultrasound, but it does make for a cute photo op!) Luckily for us, shelter board member Tone Frank caught her “shocked” reaction on camera. Check out the photo below to see Ulla’s hilarious wide-eyed face. 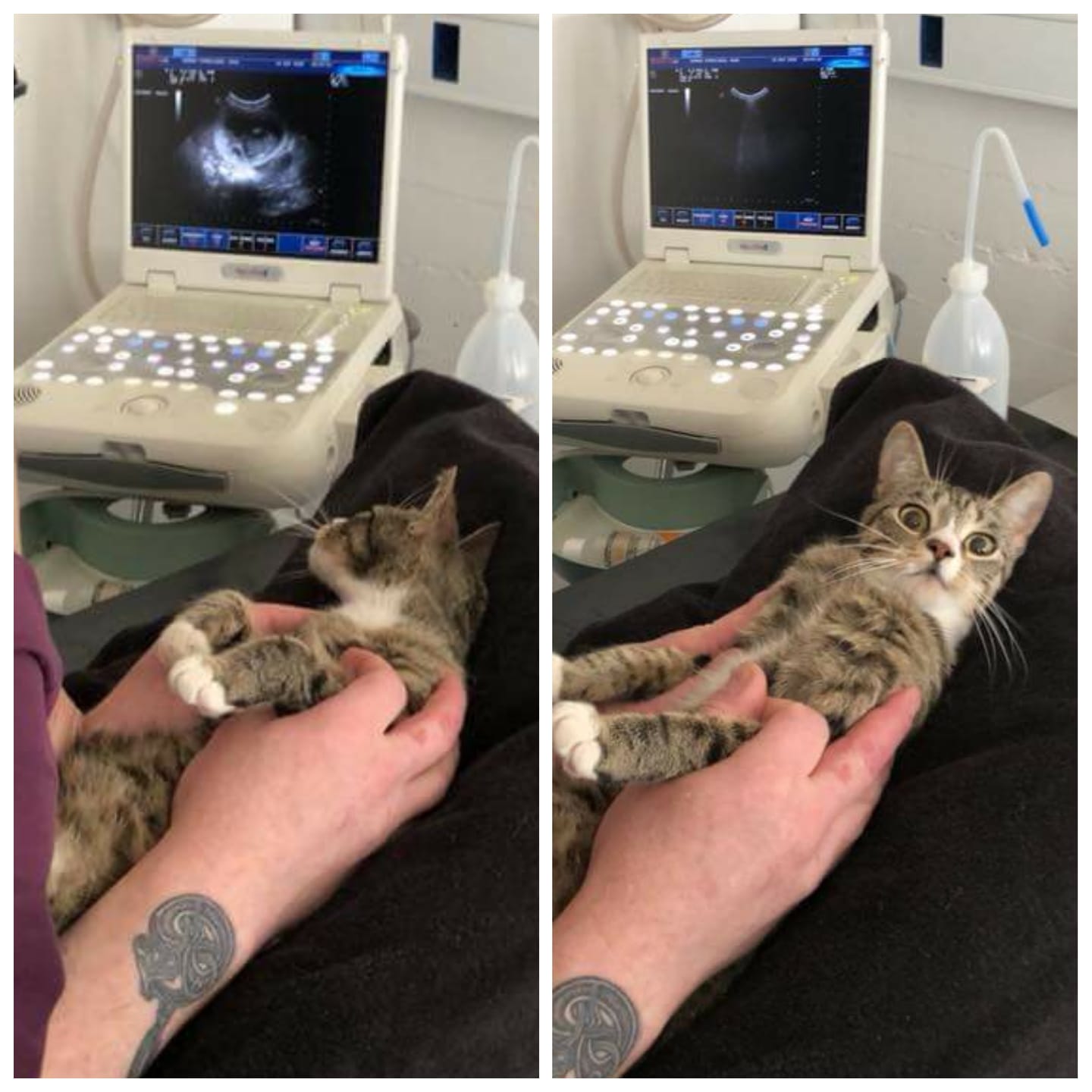 “The pictures were so funny I decided to post them on /r/aww [an online discussion board] during my lunch break to see if a couple of people would share my amusement,” Christiansen said. “A few hours later and the post was exploding with 90,000 upvotes and over 900 comments. I spent the entire evening trying to reply to people. We got some really sweet PMs [private messages] from people thanking us for our efforts; it really lifted the mood for the volunteers at the shelter.”

Ulla’s newfound fame brought her the one thing she’s always wanted — a forever family. Now, instead of curling up with the other animals at the shelter, Ulla spends her time sniffing her new cat sibling and prepping for the arrival of her kittens.

We’re so happy Dyrenes Venner took Ulla in time for her to give birth to her kittens in the privacy and comfort of someone’s home, instead of a noisy shelter. Thanks to Dyrenes Venner, Ulla’s babies will have the chance to start their lives with a loving family.