Throughout most of her reign, Queen Elizabeth II has been closely associated with her deep love for corgis. It’s no wonder why royal fans were so upset when the queen’s last corgi, Willow, died earlier this year — and why they were so overjoyed after reports surfaced that the monarch had bonded with Meghan Markle’s rescue beagle afterward. But did you know that Queen Elizabeth II still has two living pups? If not, allow us to introduce you to her sweet dorgis, who are still wagging their cute tails as they waddle after the monarch.

First off, a dorgi dog is a “pawsitively” adorable mix between a corgi and a dachshund. The dorgi crossbreed was introduced to the royal family after one of the queen’s corgis mated with Pipkin, a dachshund belonging to Princess Margaret (Queen Elizabeth’s late sister). The love connection may not have been accidental, though, with some sources saying the queen herself “engineered” the crossbreed. Today, Queen Elizabeth II’s two living dorgis are named Vulcan and Candy. Although their ages are unknown to the public, there are references to them as far back as 2007.

Although these dorgis haven’t gotten nearly as much attention in the media as her corgis, they’re clearly just as loved — and lovable! So, we think it’s about darn time that we give them the virtual head-pet they deserve.

You might recall that Queen Elizabeth II graced the June/July 2016 cover of Vanity Fair magazine. In the photo, she was surrounded by some of her seriously sweet doggos. But take a closer look at the pups by her majesty’s feet, and you’ll see that the two dogs alongside the late Willow (the corgi to the left of the picture) are not pure-breeds but instead crossbreeds. Those are Candy and Vulcan!

This may seem like news to a lot of royal fans and followers, but dorgis have actually been in the royal family for quite some time. In an online image archive, we happened to spot one particularly adorable photo of Queen Elizabeth with a pet dorgi — dating all the way back to 1976. 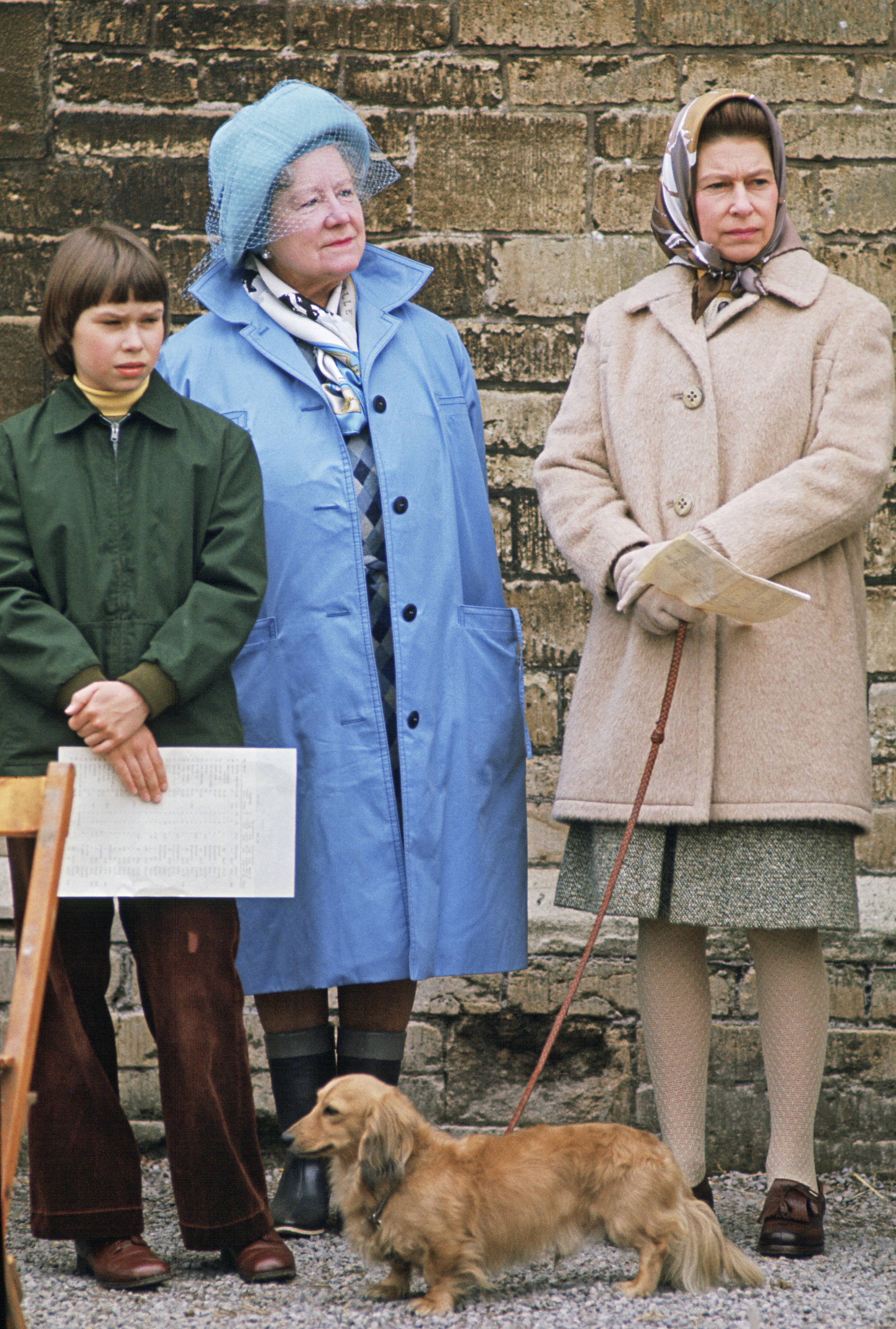 Queen Elizabeth (right), standing with the Queen Mother and Lady Sarah Armstrong-jones (now Sarah Chatto), and holding onto one of her dorgis. (Photo Credit: Getty Images)

We’re still scratching our heads as to how these fantastic dorgi dogs have remained under the radar for so long, but we couldn’t be happier to look at these happy faces today.

Let’s keep our fingers crossed that we see a whole lot more of these dorgi doggos soon!

Next, see more good dogs on the internet react to being told how good they are in the video below: