A few years ago, a small senior poodle named Willow was dropped off — his fur matted and covered with dirt — at a dog meat farm in South Korea. What’s even worse? His owners had left him there because Willow — who was 11 at the time — was getting “too old.” Thankfully, a rescue group called Save Korean Dogs took Willow in and worked on finding him a new forever home with a longtime animal advocate and senior dog lover from Nevada named Heather Heath — but the journey was far from easy.

“My friend Nami [of Save Korean Dogs] was in the process of shutting down this particular farm with 300 dogs,” Heath told The Dodo. “She called me and said, ‘I have this little, old dog. He’s probably going to have a tough time being adopted. Can I please send him to you?’ I’m such a sucker for senior dogs, and Willow was no different.”

Although Heath had been helping Save Korean Dogs for years, Willow’s particular story tugged at her heartstrings. As soon as Nami sent his photo, Heath knew he was the pet for her, even if it meant flying all the way to South Korea from her home in Las Vegas to bring him to safety.

“He was put into a cage and watched dogs get slaughtered in front of him,” Heath said. “He was in line to be killed and his family just walked off with the equivalent of $20 they were paid for leaving him there.”

When Heath finally met Willow face-to-snoot, she realized his condition was worse than she originally thought. Willow’s tongue was infected, his teeth were rotting, and he was dangerously underweight. It took weeks to get the poor little guy back to heath. Fortunately, after spending a full month in the care of a veterinarian in Korea, Willow was ready to start a brand-new life with Heath in the United States. 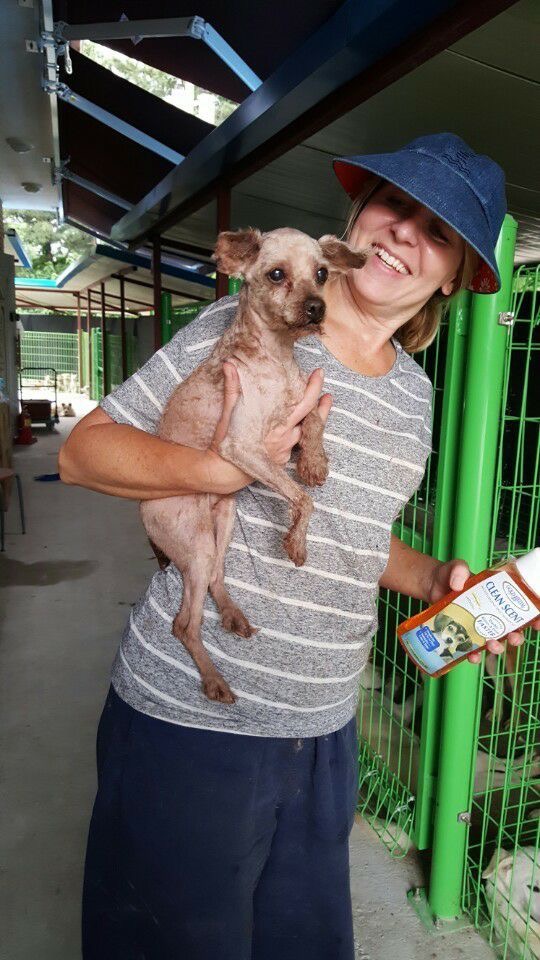 Despite Willow’s scary past, Heath says that he has a bright, easygoing personality.

“He didn’t miss a beat,” she said. “After everything, he literally acted like nothing had happened. It was amazing.”

Now, Willow is a fluffy-haired, healthy 13-year-old U.S. citizen — and he’s become an advocate for rescuing other pups from Asian meat farms. Willow (with lots of help from Heath!) uses social media and public appearances to educate others on the dog meat trade. He even has his own campaign, “I Am Willow I Am Not Food,” that raises funds for flights for other dogs trapped in South Korea and elsewhere. 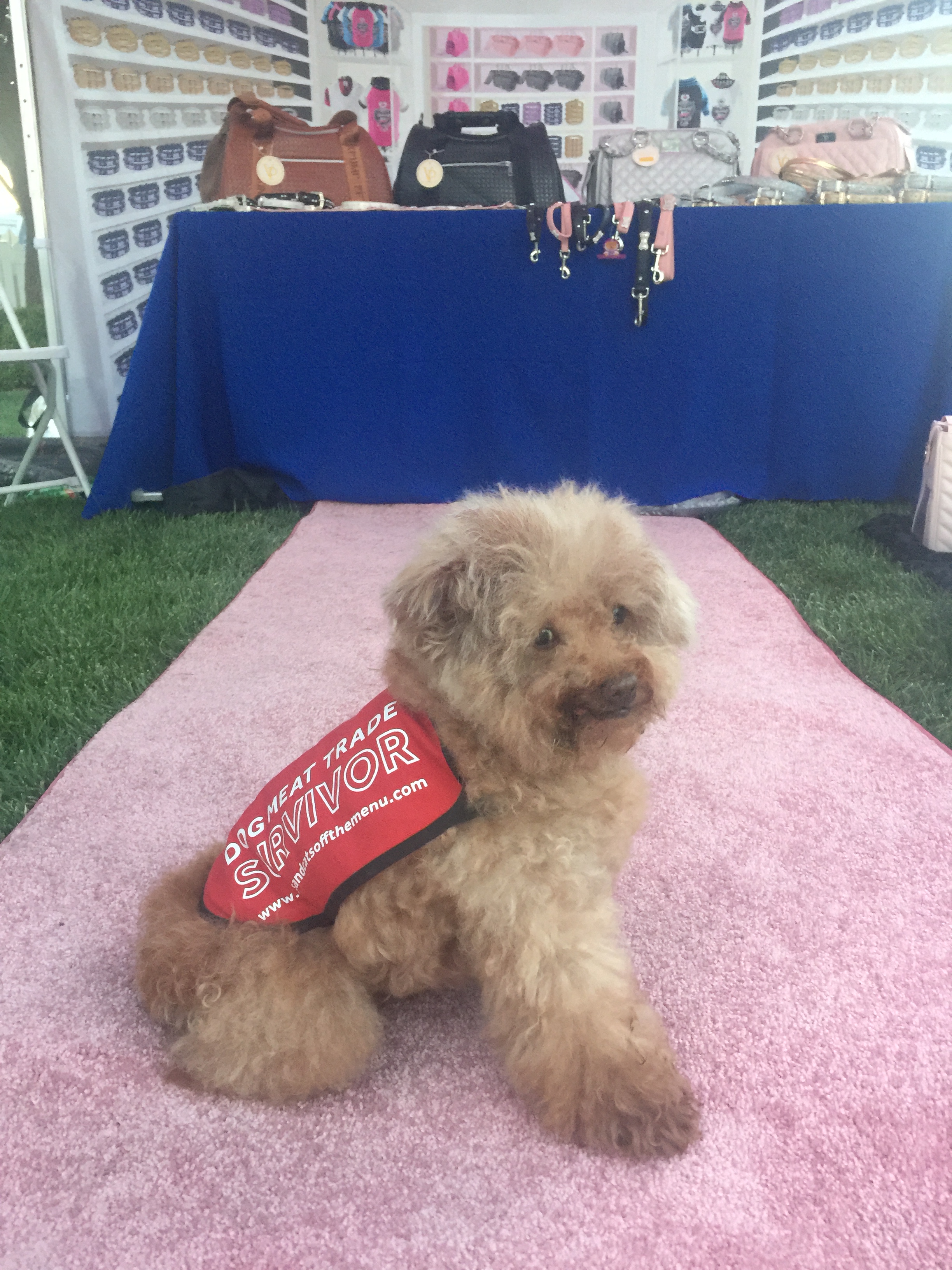 Willow is so well-known that he was nominated to participate in the 2018 American Humane Hero Dog Awards — a two-hour television special sponsored by the Lois Pope LIFE Foundation and Zoetis. To help Willow rise to the top, dog lovers are encouraged to vote for their favorite pooch on herodogawards.org.

We’re so happy Willow made it out alive! To learn more about helping other pups like Willow, visit savekoreandogs.org.

No, Sharing the Bed With Your Dog Won’t Really ‘Ruin’ Your Sleep