Prince Harry and Meghan Markle honored the beloved Princess Diana with many aspects of their nuptials, namely their wedding flowers. But Diana wasn’t the only person the newlyweds commemorated through their blossoms. In keeping with tradition, Meghan sent off her wedding bouquet to Westminster Abbey so it could be placed on the grave of the unknown warrior — a kindhearted move that would have made her late mother-in-law proud.

Queen Elizabeth’s mother started the tradition in 1923 after she married the then-Duke of York, who would later become King George VI. The Queen Mother left a posy at the grave to honor her late brother Fergus, who died in 1915 at the Battle of the Loos during World War I. Since then, almost every royal bride has continued the practice. Queen Elizabeth and her sister Princess Margaret both left their bouquets at Westminster after their weddings in 1947 and 1960, respectively, as did their cousin Princess Alexandra in 1963. More recently, Princess Diana; Sarah, Duchess of York; Sophie, Countess of Wessex; and Catherine, Duchess of Cambridge donated their bouquets. 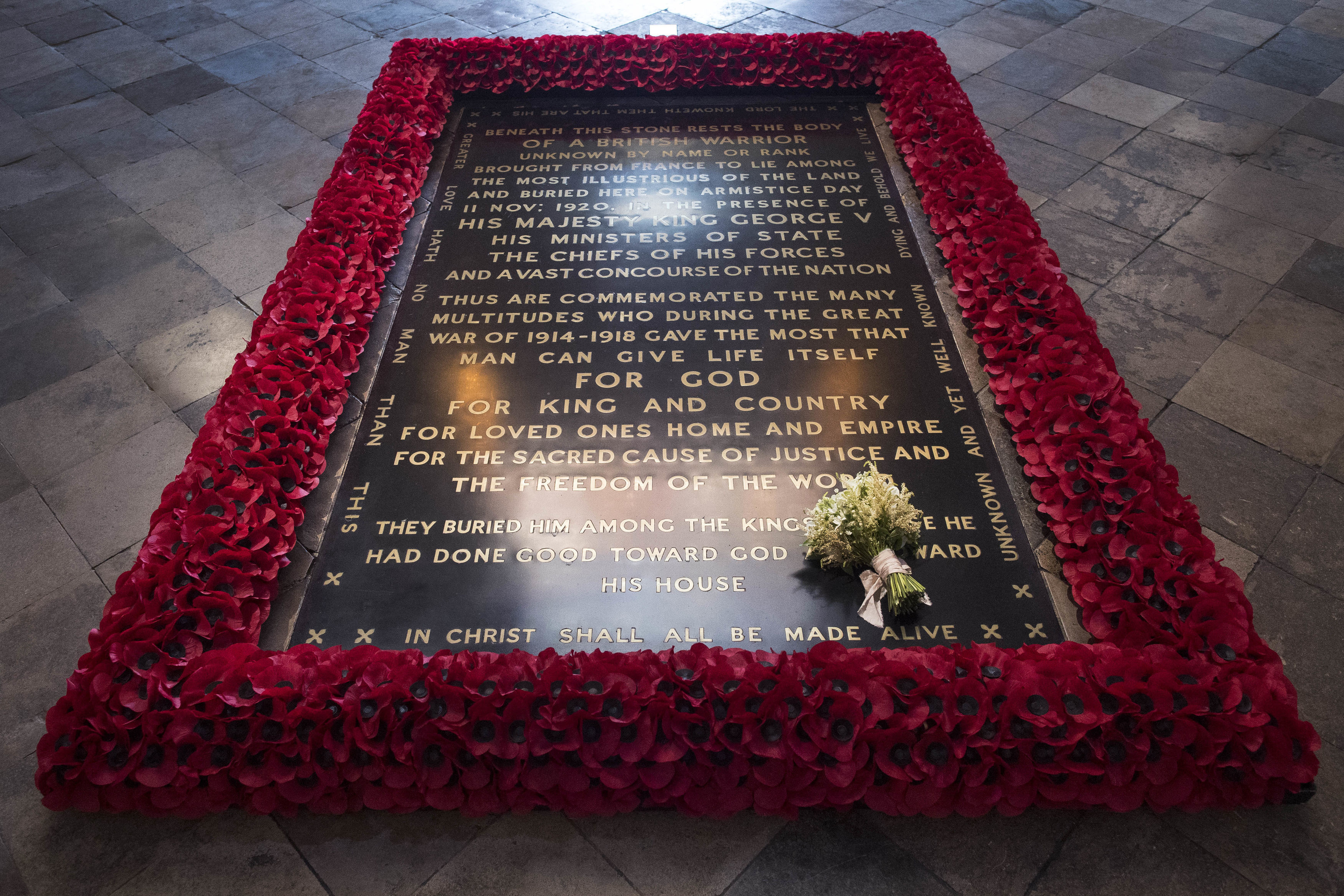 Reverend David Railton created the grave of the unknown warrior because he wanted to bury the remains of an unidentified British soldier to represent those who had died in World War I. Today, the site honors all military members who have died during international conflict from World War I to the present.

Prince Harry and Meghan used the rest of their wedding flowers to brighten the day of residents at St. Joseph’s Hospice in London. The hospice shared a photo of one of their patients smiling with her flowers — a sight that would have made Princess Diana beam with pride for her son and daughter-in-law. “A big thank you to Harry and Meghan and florist Philippa Craddock. Our hospice smells and looks gorgeous. Such a lovely gesture,” St. Joseph’s wrote on their Facebook.

After this latest display of the couple’s compassion, we can’t help thinking of how proud Princess Diana would be. These two lovebirds truly are honoring her memory in the best way possible.

Watch Prince Harry tell Meghan Markle how amazing she looks during their wedding: