It’s finally Prince Harry and Meghan Markle‘s royal wedding day! Earlier this year, it was revealed that Harry, 33, and Meghan, 36, would take a carriage ride around Windsor Castle following their ceremony on Saturday, May 19 — and the new photos of the newlyweds in their horse-drawn carriage are beyond amazing.

It was previously rumored that the Duke and Duchess of Sussex could ride in the same carriage Prince William and Kate Middleton used at their 2011 royal wedding; however, it was later announced that they would instead use the royal family’s Ascot Landau carriage. “It’s not as regal or grand as [William and Kate’s] Imperial State Landau, but it is perfect for the streets of Windsor,” Joe Little, managing editor of Majesty magazine, predicted before the big day. 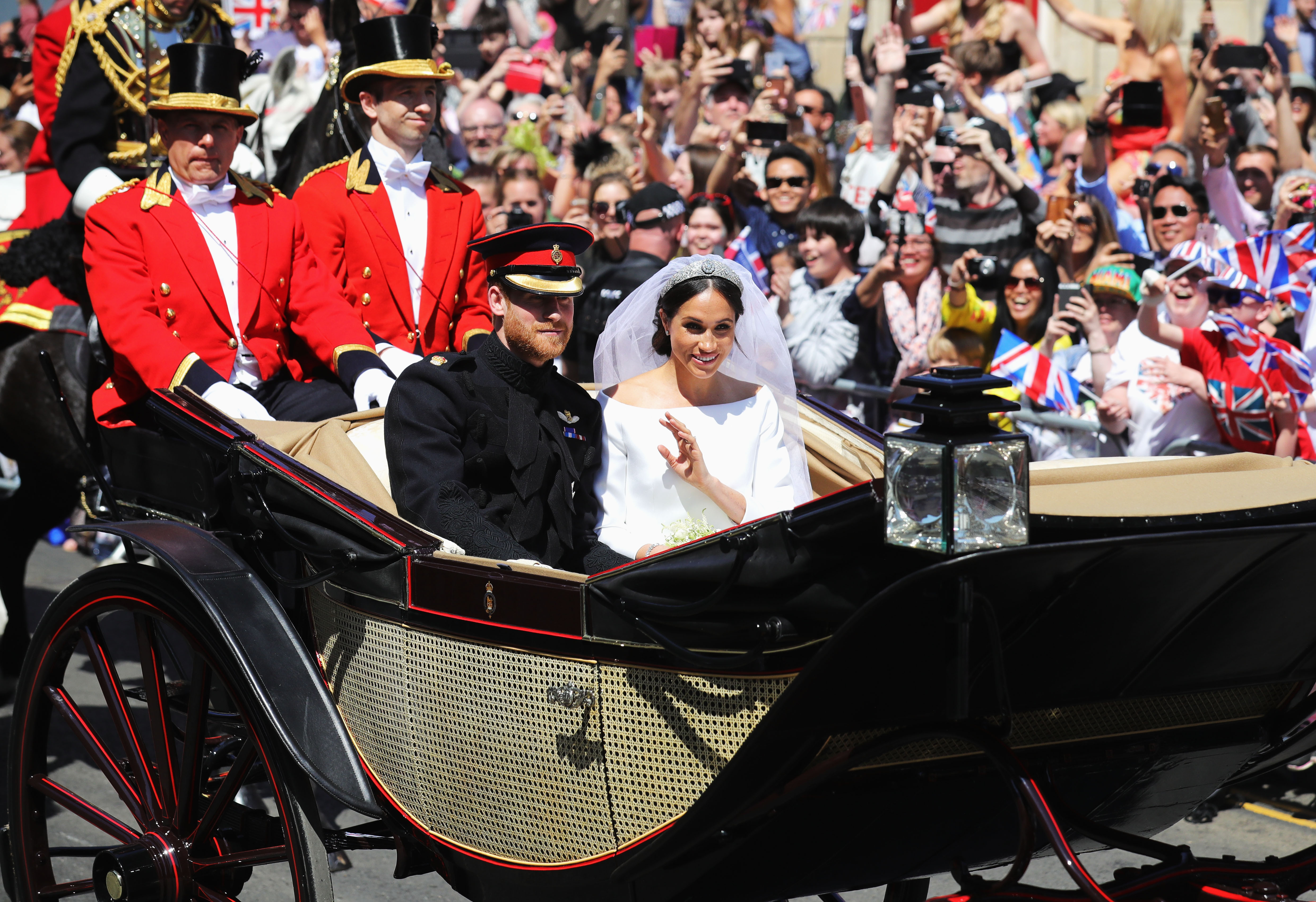 Though Harry and Meghan ended up using the Ascot Landau, they also had a second carriage option on standby in case it rained on their wedding day. William and Kate’s bad weather carriage was the Glass Coach, which Princess Diana and Prince Charles used at their 1981 royal nuptials. According to Majesty editor Little, the Glass Coach was ideal for bad weather because it’s the “easiest one to see into.”

According to People, Harry and Meghan didn’t get to use the Imperial State Landau carriage like William and Kate because the ornate carriage rarely leaves its Royal Mews storage facility on the grounds of London’s Buckingham Palace. As far as the lucky horses that pulled the carriage for Harry and Meghan, a majestic father-son duo by the name of Storm and Tyrone got the job! 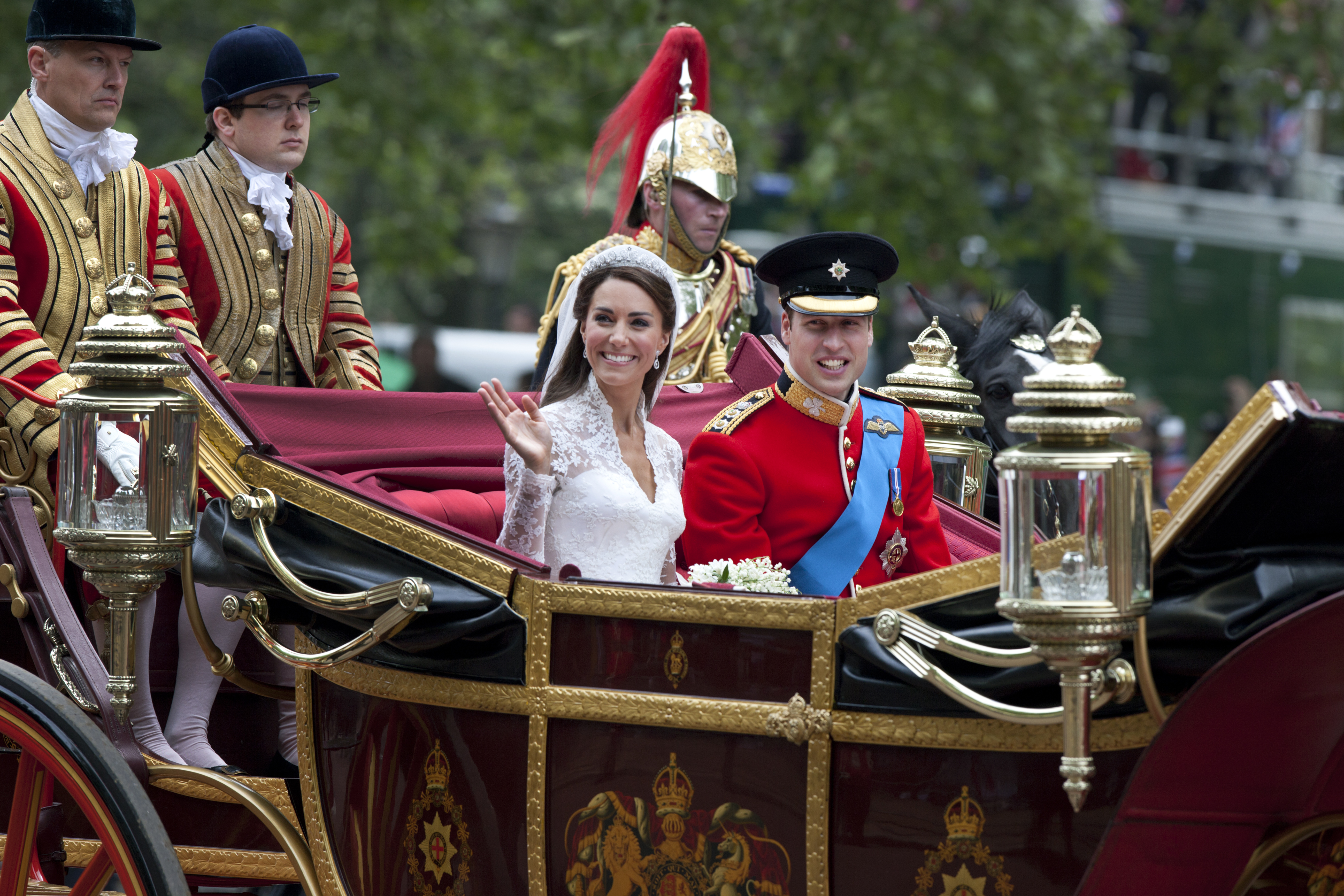 Interestingly, Harry and Meghan aren’t the first royal newlyweds to have used the Ascot Landau carriage at their wedding. When the Queen’s youngest son, Prince Edward, exchanged vows with Sophie, Countess of Wessex, at Windsor Castle’s St George’s Chapel — the same location of Harry and Meg’s nuptials — back in June 1999, he and his bride rode in the carriage, too. But then Queen Elizabeth’s grandson Peter Phillips married Autumn Phillips at Windsor, they actually left the church in the Balmoral Sociable carriage.

Join our Facebook group for the latest updates on Kate Middleton, Prince William, and all things royal!

This story originally appeared on our sister site, Closer Weekly.

More on the Royal Wedding

George and Amal! David and Victoria! See All of Harry and Meghan’s Royal Wedding Guests

Prince Harry Had the Sweetest Words for Meghan Markle at the Altar — Watch!

Prince George and Princess Charlotte Stole the Show at the Royal Wedding — See the Pics!