Princess Diana’s style has always impressed us, and we can still feel her influencing fashion trends. That Kate Middleton often channels Diana’s classy, effortless attire with her own dresses is a testament to her mother-in-law’s timeless fashions. Though she was known for being able to rock any design, there was one designer Diana was hesitant to wear: Chanel. The storied French fashion house is perhaps one of the best-known labels in the world, but Chanel reminded Diana of the man who broke her heart — and of his mistress.

Back in 1996, Australian designer Jayson Brunsdon was dressing Princess Diana before a hospital charity event. Diana was wearing a cream Versace skirt suit and wanted help picking out shoes to go with her ensemble. She dumped some options in front of Brunsdon, who selected a pair of Chanel shoes. “I said, ‘Well these would look great with the Versace’ and [Diana] said ‘No, I can’t wear linked Cs, the double C.’ So I asked why, and she said, ‘It’s Camilla and Charles,'” Brunsdon told Harper’s Bazaar. In the end, Diana settled on a pair of Gucci shoes.

Diana had worn Chanel before to official events, so it wasn’t anything the brand had done that bothered her. “It was definitely the timing, it being post-divorce,” Brunsdon said, explaining Diana’s reluctance to wear the shoes. “She would have seen linked Cs, and they would have just reminded her of Charles and Camilla. The shoes were quite boldly Chanel, I think they had gold linked Cs on them. And I think for photo optics, people would have honed in on that considering it was so fresh after the divorce as well.” 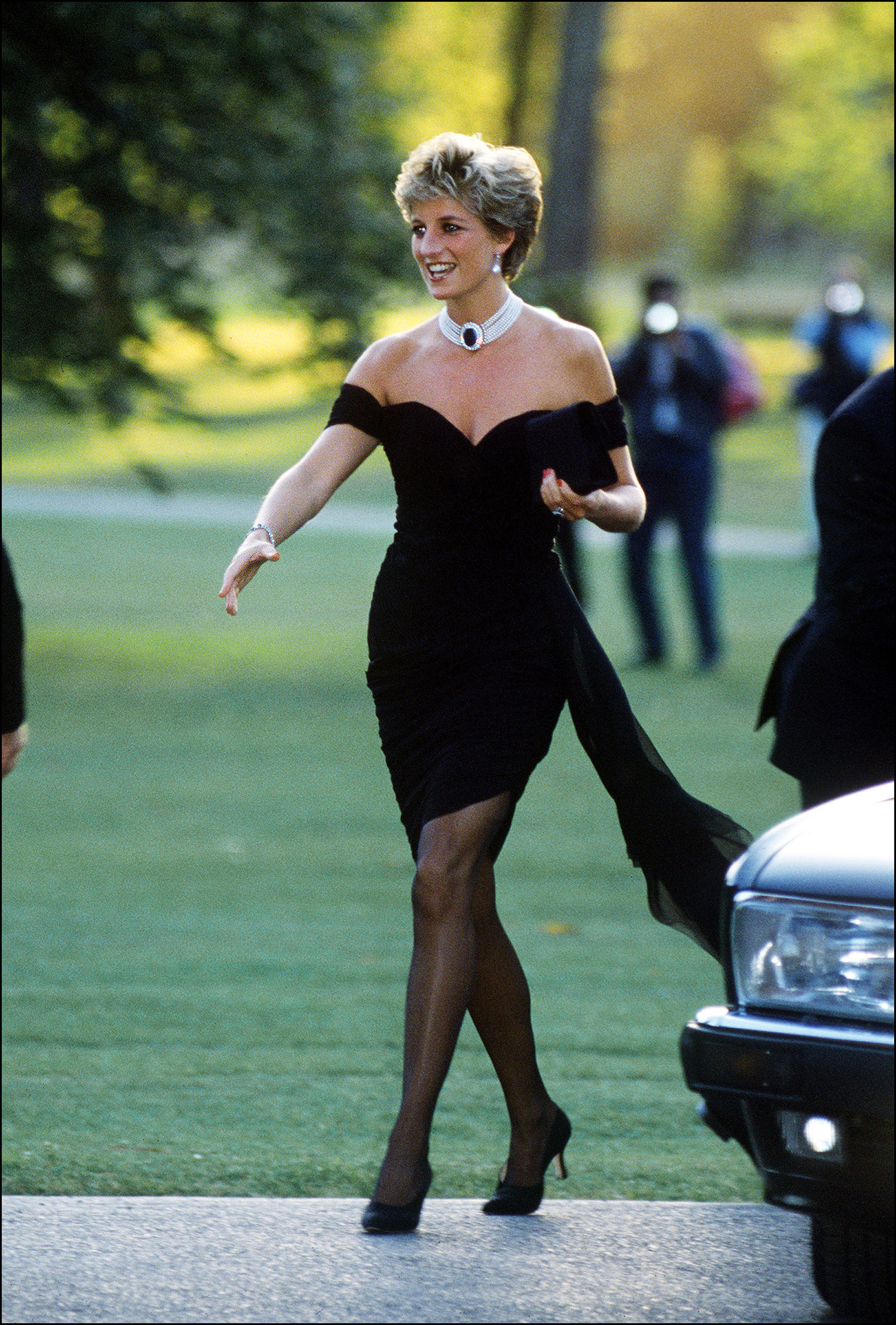 Looking back, it’s distressing to see that Diana’s divorce affected all aspects of her life — even her clothes. Of course, she did get a bit of revenge. At her first outing after Charles publicly admitted to his affair, Diana donned what’s been called her “revenge dress.” The off-the-shoulder little black dress, which was designed by Christina Stambolian, certainly raised some eyebrows, but Diana looked pretty darn good in it if you ask us. The gown didn’t win back Charles — although that wasn’t really the goal — but it certainly cemented her status as a strong woman who wasn’t going to wallow in heartbreak.

19 Times Princess Diana Was Overjoyed, and We Smiled Along with Her