One of Princess Diana’s favorite places to vacation was at her friend Richard Branson’s Necker Island. As Princess of Wales, Diana was under constant scrutiny, so it’s no surprise she wanted to get away from the press and just spend some time relaxing with her kids. These rarely seen photos of the late princess and her young sons at Necker Island — a private, 74-acre patch of land in the British Virgin Islands — show a devoted mother bonding with her boys. Looking at them, we can’t help feeling nostalgic about what a caring and compassionate woman the world lost — and what a loving grandmother she would have made.

On at least two occasions, Diana vacationed at Branson’s private luxury island with her sons. In January 1989, the mother of two played in the ocean with Prince William and Prince Harry, who were six and four at the time. Diana also brought along her nieces and nephews. 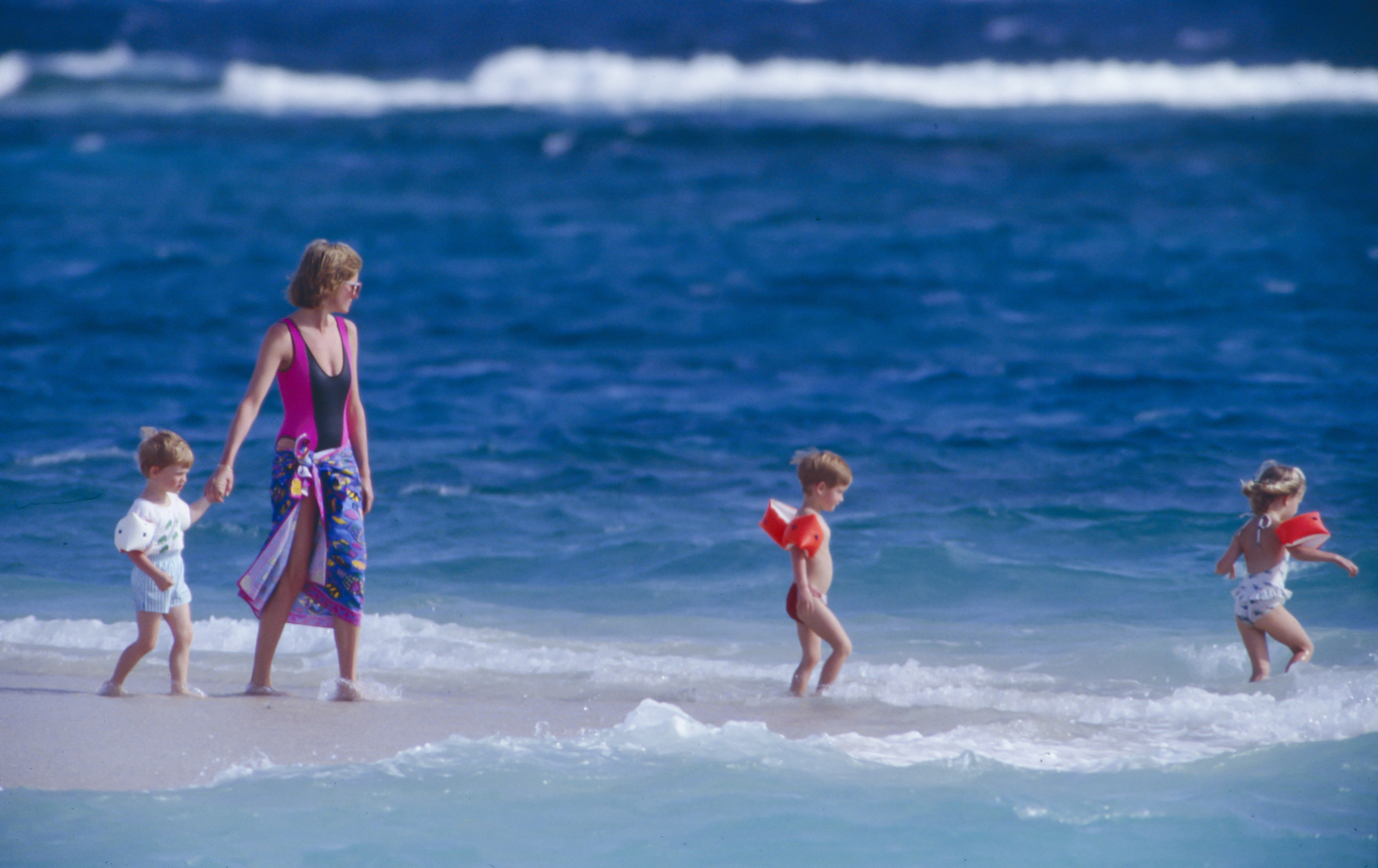 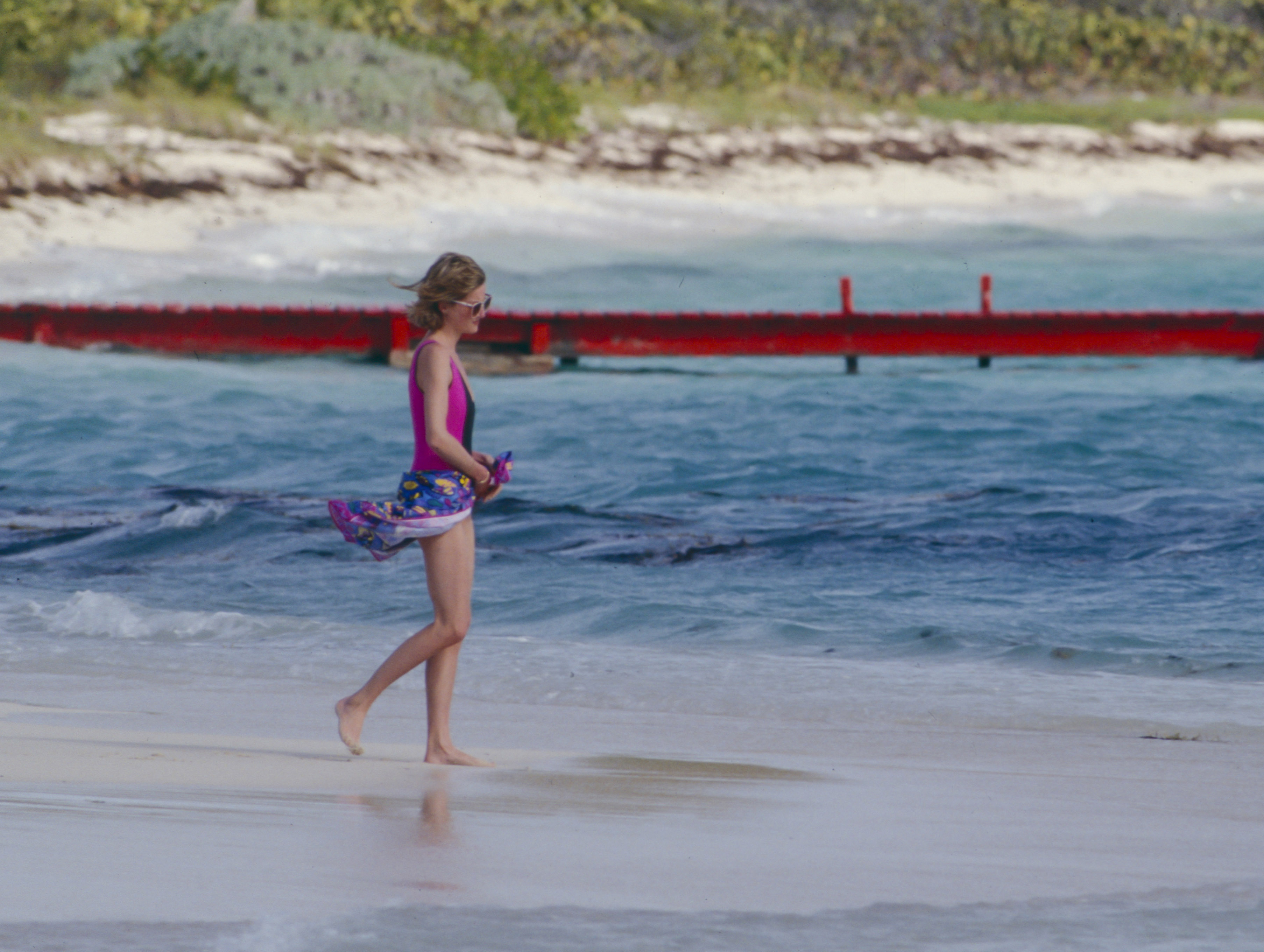 Diana enjoying a moment to herself on the beach. (Photo Credit: Getty Images)

Diana returned to Necker Island the next year and brought along her boys again, as well as her mother, Frances Shand Kydd. 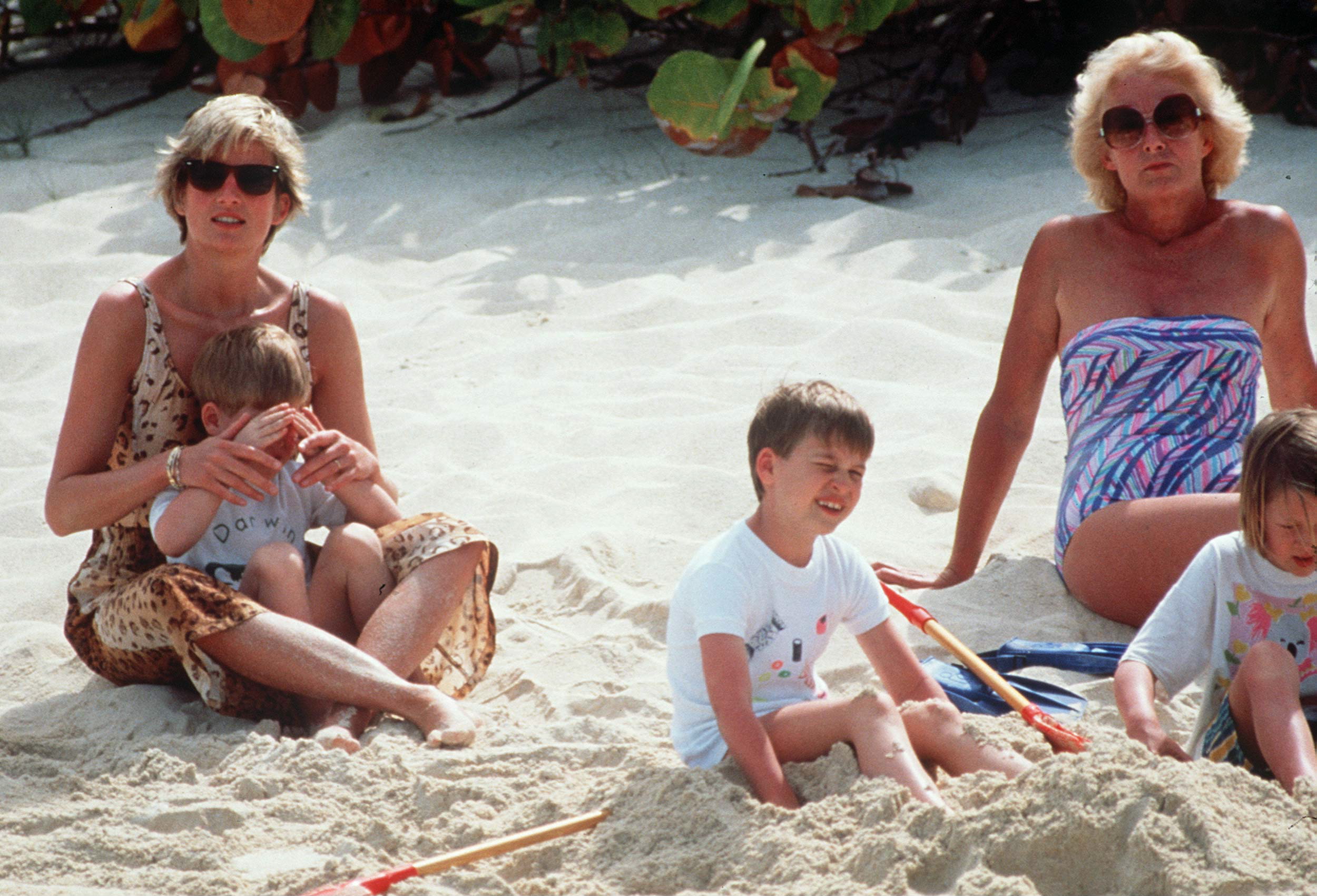 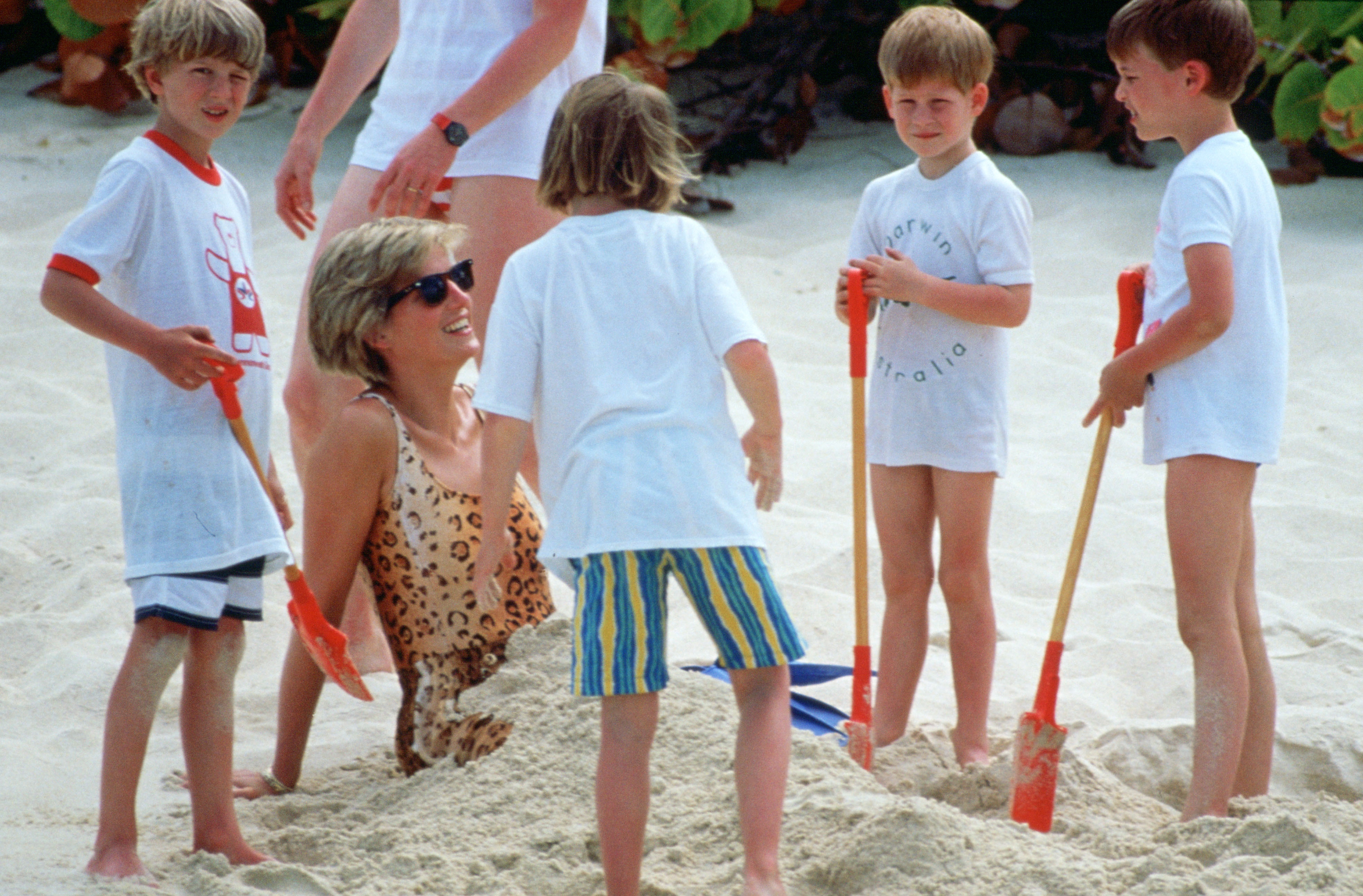 In 2017, to commemorate the 20th anniversary of Princess Diana’s death, Branson wrote her a tribute — a testament to Diana’s ability to touch everyone she met. “Diana was an incredible woman, who simply loved people and made time for everyone… She made time to talk to our passengers and staff and was ever-ready with quick wit and warm humor. She also always handwrote thank-you notes, after flights or her trips to Necker Island. In fact, we have a few of her notes displayed in pride of place on Necker, right by the kettle we brew tea at many times a day.”

“I can still picture Diana laughing with William and Harry on the beach when they were kids. She saw our little piece of paradise as an escape from the relentless press attention she received, and was in her element playing with her children like any other mum.”