Earlier this month I had to get oral surgery (yes, I feel sorry for me, too), and after the procedure my dentist explained how I should take care of my poor mouth for the next week and wrote me a prescription for painkillers and antibiotics. With my gums already throbbing it was all too obvious why I needed the first scrip, but why did I need the latter? 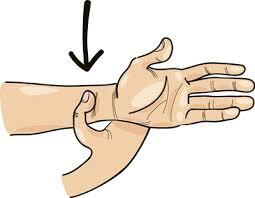 The answer was simple: I didn’t. My dentist explained that it’s protocol to prescribe antibiotics as a precautionary measure in case of infection, but I didn’t have to take them. This is something I would have never questioned a few months ago, but since talking with Christina Fuhrman, a Clostridium difficile survivor, her story has been etched in my brain.

When Furhman was 31 years old in the midst of planning her wedding, she had to get a root canal and thought nothing of taking the antibiotics she was prescribed after the procedure. Within two weeks, she was hospitalized with C. diff, a superbug infection with symptoms that range from moderate to life-threatening diarrhea. Every year, nearly half a million Americans suffer and thousands die from C. diff infections, and studies show that people taking antibiotics (and for up to a month after) are seven to 10 more times likely to get them.

Furhman was in the hospital for the majority of the next seven months, was barely able to make her own wedding, and spent the week she was supposed to be on her dream honeymoon in Sweden in isolation. To say she was depressed is a wild understatement — but the horror didn’t stop there.

After a doctor in Kansas City performed a fecal transplant — the introduction of stool from a healthy person into the colon — she was set on the road to recovery, but the C. diff superbug had infiltrated her home. A year later, she gave birth to a healthy baby girl, Pearl, but at just under two years old, when Furhman was pregnant with her second child, Pearl contracted C. diff. Thankfully, Pearl was also able to get a fecal transplant — it saved her life.

Furhman not only blames the scrip she was given after her root canal for making her more susceptible to C. diff, but also the years she spent taking antibiotics every time she had any type of illness. The CDC reports that in 2015 alone, approximately 269 million antibiotic prescriptions were dispensed from U.S. pharmacies (enough for five out of every six people to receive one antibiotic prescription each year), and over 30 percent of these were unnecessary. According to the Antimicrobial Resistance Fighters Coalition, every year 27 million people in the U.S. receive unnecessary antibiotics for respiratory infections alone — which are even more prevalent in winter.

Antibiotics are a cornerstone of modern medicine. They have saved millions of people from serious often life-threatening infections such as sepsis and pneumonia, as well uncomfortable ailments like strep throat. But overuse can not only build up resistance to the drug, but wreak havoc on our gut — the cornerstone of our body’s immune system.

“Antibiotics disrupt the microbiome, the community of naturally occurring bacteria in and on the body,” reports the CDC. “The microbiome is very important for staying healthy and preventing disease. When a patient takes antibiotics, the drugs are used with an intent to kill the infection-causing ‘bad’ bacteria, but ‘good’ bacteria that protect against infection can also be destroyed for several months.”

Continued antibiotic use can lead to long-lasting detrimental shifts in the gut microbiome, which is also “associated with a variety of life-threatening disorders, such as cardiovascular diseases and certain types of cancer,” reports Medical News Today.

I decided to pass on the antibiotic prescription that day at the dentist (P.S. I never got an infection), but how many times had I just taken them and how was that affecting my body? Fuhrman understands this all too well.

After taking antibiotics for a spider bite that got infected when she was 21 years old, she saw the amazing power the medicine has and she continued to ask her doctors to prescribe them whenever an issue arose — and they were happy to oblige. She soon started getting urinary tract and sinus infections regularly, and the antibiotics kept getting refilled. Though not obvious to her yet, one was clearly affecting the other.

“I had an antibiotic habit that I think most Americans have today,” she told me during our phone conversation. “You know, we’re busy. We don’t want to be inconvenienced by sickness, we aren’t willing to let things run their course. I was perfectly healthy when I contracted C. diff — I had no chronic illnesses or anything to speak of — I just had decimated my gut.”

This is not to say you should never take antibiotics — in fact, though it made her nervous, Furhman had to allow her daughter to take them when she recently came down with strep throat — it’s that you should only take when you really need them. Never save unused antibiotics for when you get sick again (yes, we’re talking to you), don’t ever ask your doctor for them if he or she hasn’t prescribed them, and if they do, ask why and discern if it is worth the risk. Educating yourself is the priority.

Finding the Right Treatment — If Any

When we get sick, it’s either because of bacteria or a virus. Both are germs that can cause similar symptoms, but they are very different when it comes to how they spread and how they are treated. Antibiotics are not a cure-all for everything — in fact, they only work against bacteria.

“Bacteria are everywhere and most don’t cause any harm, and in some cases are beneficial,” reports Kids Health. “But some bacteria are harmful and cause illness by invading the body, multiplying, and interfering with normal body processes.” Bacteria are living organisms that antibiotics can kill and prevent from growing and reproducing.

Viruses, like the common cold and flu, are not alive, so antibiotics do not, we repeat, do not, work against them. “Viruses grow and reproduce only after they’ve invaded other living cells,” Kids Health continues. “The body’s immune system can fight off some viruses before they cause illness, but others (like colds) must simply run their course.”

So why do doctors prescribe antibiotics when there isn’t a bacterial infection? Live Science reports that some doctors prescribe antibiotics for viral infections such as colds and the flu as an extra precaution. This could be to ease the concerns of a patient who thinks they need medicine, or like in the case of myself and Furhman, to prevent an infection from arising while the body is weak after a surgery. (Note: A study from 1993 concluded that after a root canal patients usually have mild pain and rarely experience flare-ups with or without antibiotics.) Other doctors may not be sure if what you have is bacterial or viral, for example a sore throat is viral but strep throat is bacterial, so they want to cover their bases. “But that practice — giving antibiotics as a preventive measure — may backfire,” reports Live Science. This is where Furhman advises to take the wait and see approach.

She says that both patients and doctors may not understand the seriousness of the overuse of antibiotics. She echoes that doctors may feel pressured by patients, like her pre-C.diff self, who want to be prescribed something no matter the illness. “It’s frustrating if a doctor just says it will pass — you want something,” she acknowledges. “But your body has an amazing design. When it fights off something on its own — which it is made to do — it remembers and your immune system grows.” While antibiotics can hinder our immune system, letting a sickness run its course can strengthen it. “A fever, within reason, is not an enemy — a fever is triggering your immune system,” she says.

The Fight for the Future

It has been seven years since Furhman’s daughter contracted C.diff, but the traumatic experience is still vivid in her mind. “Pearl was laying on my pregnant belly and I just felt the deepest sadness I’ve ever felt in my life — this cruel nightmare of an infection would not leave my family alone,” she recalls. “I was scared that I would get it again; I was scared that my newborn baby would be born into a house full of the bacteria. It was at that moment I realized there was an injustice happening and I prayed that I could find a platform to make a change.”

Furhman became a board member of the Peggy Lillis Foundation, a C. diff support group, and joined the Antimicrobial Resistance Fighter Coalition, which aims to raise awareness about the overprescription of antibiotics and the need to combat antimicrobial resistance. She will soon be meeting with the CDC and makes yearly visits to Capitol Hill to share her story and spread her message: “Your body is not weak, your body is designed to fight things, and when it does, it grows stronger.”