A panic attack can be a nightmare for a woman. Whether you’re in a private place or in a public setting, it’s truly frightening to experience an unexpected panic attack, commonly defined by experts as episode of intense fear that usually peaks within ten minutes and occurs in the absence of any real danger.

Anyone who’s ever had a panic attack knows that panic attack symptoms such as a racing heartbeat, chest pains, difficulty breathing, and dizziness go far beyond simply being stressed out or worried. In fact, it’s not uncommon for people experiencing a panic attack to be convinced that they actually are in danger because of those physical symptoms. The good news? Panic attacks alone are not dangerous. Even better news? It is possible to manage and treat them.

Note: It’s always best to check with a doctor first to rule out any other problems you might be having before treating yourself for a panic attack. 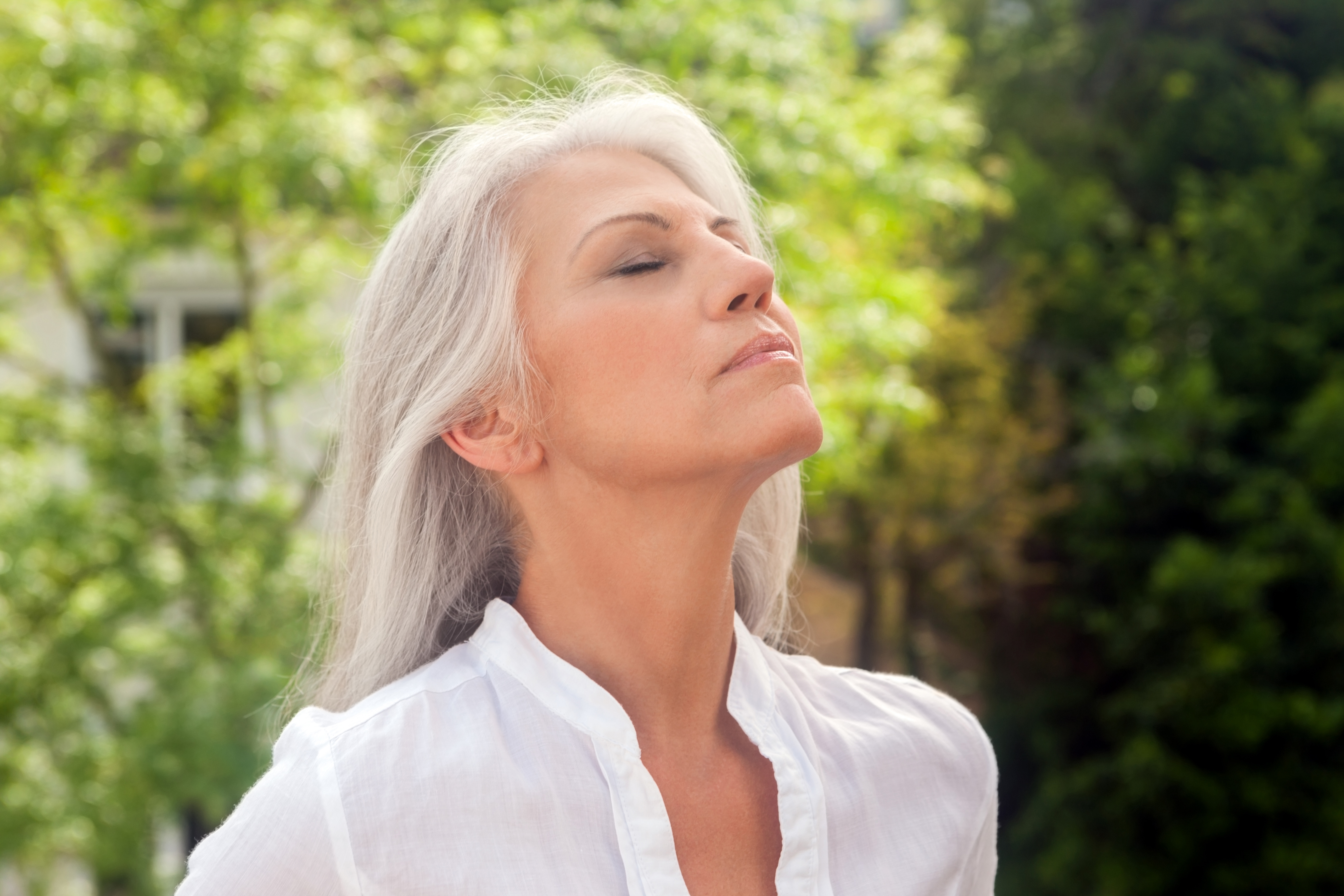 It may sound cliché, but breathing deeply can help you a lot with calming down from a panic attack. There are a variety of breathing exercises you can learn to calm down, but a good place to start is by simply inhaling while counting to six and then exhaling to a count of six, moving the breath from your chest to your diaphragm. Deep breathing is a big step to regain composure and to reduce muscle tension.

MUST-SEE: Everything You Need to Know About Meditation and Weight Loss

Another great way to help you relax after a panic attack is by doing yoga and stretching exercises. Don’t worry, this isn’t the moment to break out any complicated poses. But it is the time to practice simple moves like lying flat on your back and bringing one knee up to your chest. The trick is to hold the knee there for 20 seconds with your hands, while also focusing on breathing deeply through your nose at the same time.

Too stressed to even think about doing a workout like stretching or yoga? No worries. Even the simplest, most basic activity like a light walk can work wonders. Bonus points if said walk includes some fresh air and sunlight.

Along with physical exercise, doing mental exercise can also be extraordinarily helpful. during a panic attack. Though panic attacks take over the emotional part of our brains, we’re still in control of the logical part. Try to engage this part of your brain by quite literally talking yourself through it. One expert recommends saying, “Here’s that annoying panic feeling again. This is going to suck a little, but I’m glad it will be over soon.”

If panic attacks become a recurring problem for you and you find them too difficult to manage on your own, it’s a good idea to talk to a doctor or a therapist to help devise the best plan for you. Who knows? Your perfect solution to a panic attack might be one you’ve never even thought of before.

You deserve to have a life free of panic attacks! Don’t be afraid to spend a little extra time on you to get there.

Suddenly Dizzy? 4 Habits to Adopt As You Get Older

Don’t Be Embarrassed About Talking to Yourself. Instead, Do It More Often

What Is Self Care?