When eight-year-old August “Gussie” Bridges and her parents left the airport, Cookie Dough’s vacation officially began. That’s because Cookie Dough is actually a stuffed dog that Gussie accidentally left in the terminal. Fortunately, airport staff found and returned Cookie Dough to the Bridges family — but not before sending him on the adventure of a lifetime.

On the drive home from Norfolk International Airport in Virginia, Gussie realized the most terrible thing had happened: She had left her favorite stuffed animal on a table in the terminal. “I thought she was going to cry,” Gussie’s mom Kelly told The Virginian-Pilot. “She had just got it a few weeks ago out of one of those claw machines at Chicho’s Pizza with her dad, and she was really attached to it.”

Kelly phoned the airport to report the missing stuffed dog, and eventually she got a call back saying Cookie Dough had been found. When Gussie’s dad Jonathan returned to the airport with his daughter to retrieve Cookie Dough, they were also given a handmade booklet titled The Adventures of Cookie Dough at the Norfolk Airport.

In it, the staff documented everything Cookie Dough had gotten up to while his family was away. 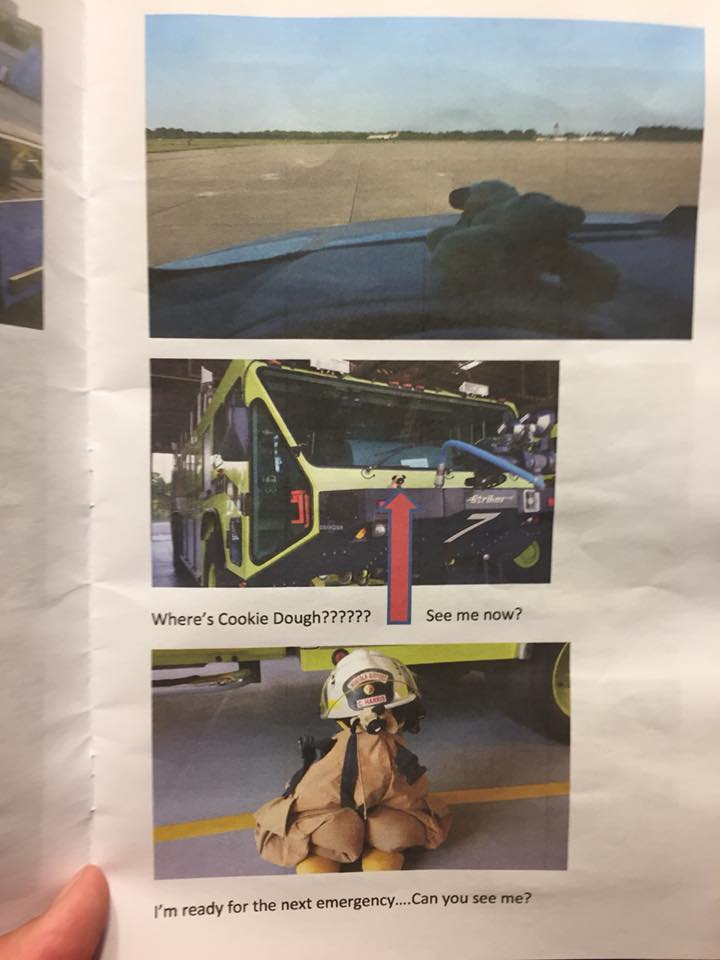 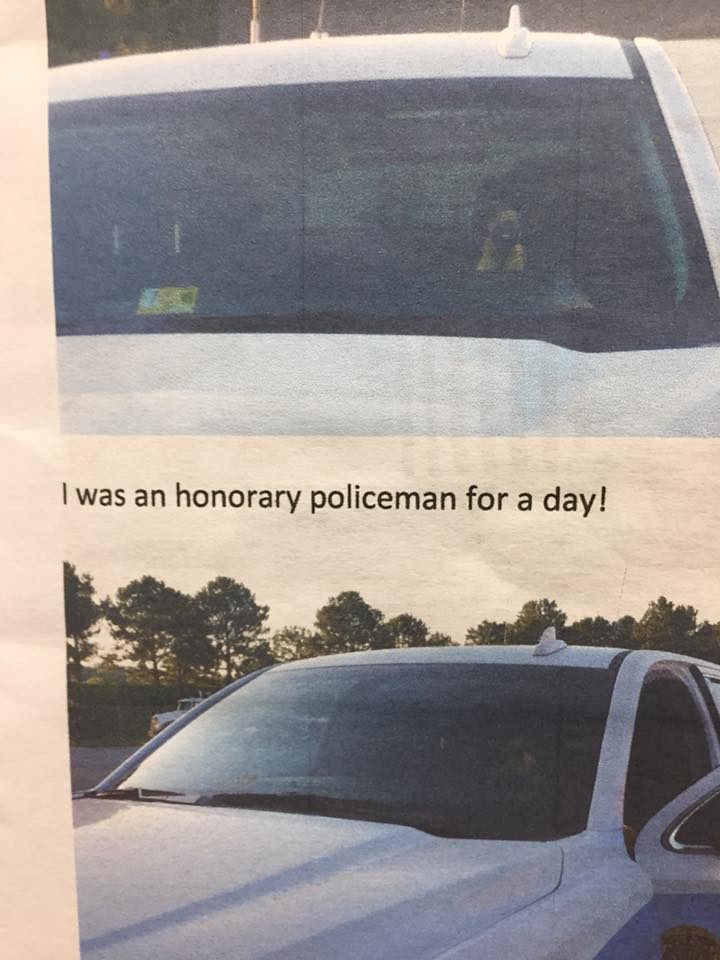 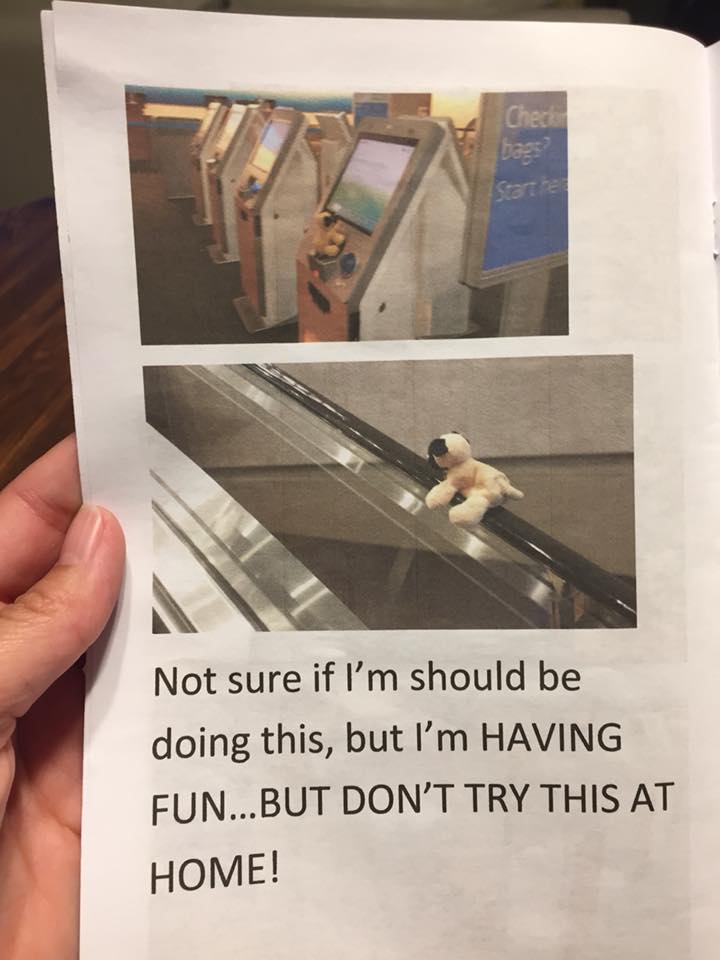 “They told us he had been on lots of adventures, but we didn’t think it would be anything like this,” Kelly said. 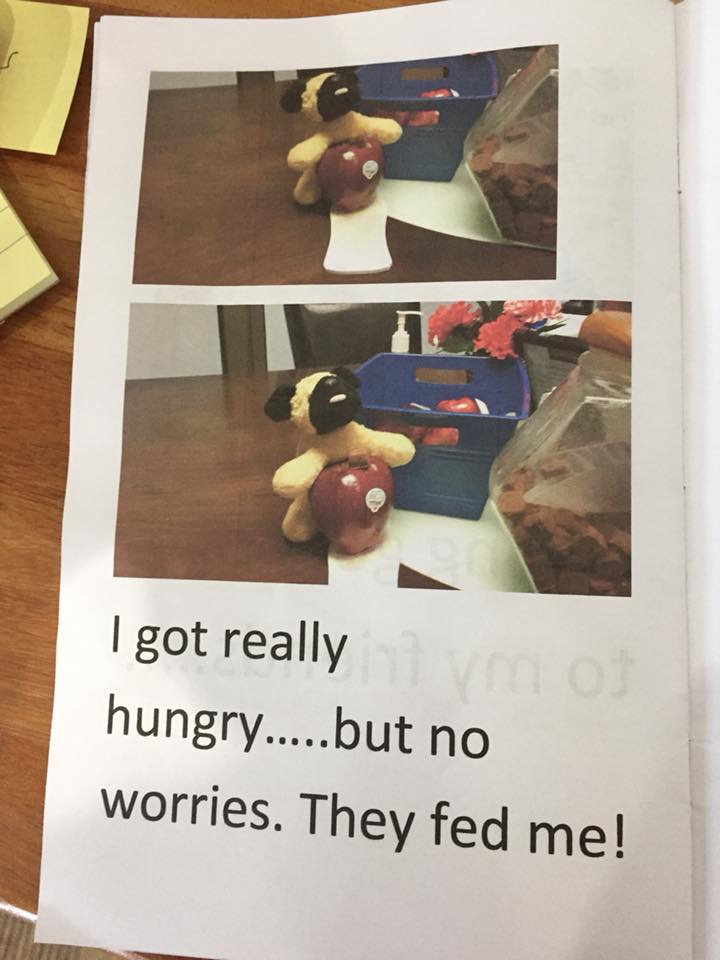 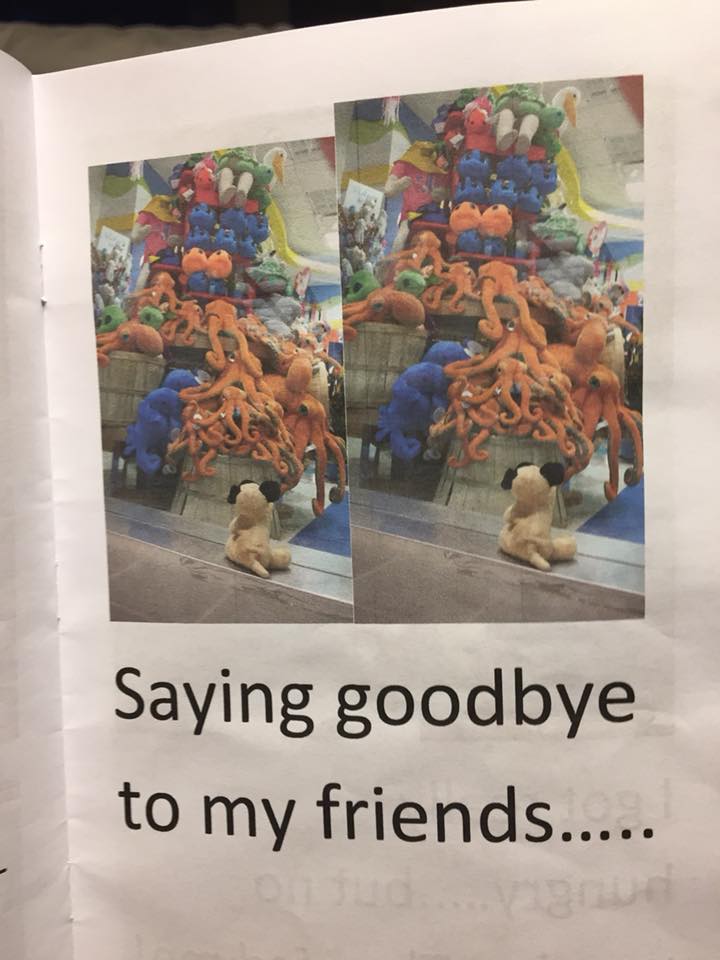 “We knew that the girl’s parents had communicated that she was upset about the lost toy,” Steve Sterling, deputy executive director of administration and operations for the Norfolk Airport Authority, told the Pilot. “So the dispatcher and police officers just wanted to put a special touch on returning the toy.”

“It meant a lot to all of us,” Kelly said. “It was just awesome what they did for Gussie.” And we couldn’t agree more!