Unfortunately, not all pet adoptions work out. Sometimes the adopted animal becomes a nervous growler or too aggressive for a household to stay — but in the case of Helena, the exact opposite happened.

Last year, Helena — an adorable three-to-four-year-old Boxer mixed breed — was dropped off at Atlanta’s Fulton County Animal Services shelter, a part of the LifeLine Animal Project. When Helena arrived, she was skinny and malnourished, but she didn’t let that stop her fun-loving personality from shining through. So it’s no surprise Helena was adopted shortly after she arrived in October — but cute little Helena turned out to be so sweet and loving that her adoptive parents actually returned her to the shelter for being “too nice.” (Yes, really.)

What a ridiculous reason to return a perfectly good-natured pup! Luckily, Helena’s story didn’t end there.

In response to Helena’s return to the shelter, the staff posted a photo of the unwanted dog on Facebook with a caption that read, “Introducing the sweetest, nicest, [and] snuggliest dog in the ATL. Helena was recently returned to our Fulton County Animal Services location after her new owners said she was too nice and just wanted to be around them all the time. This Velcro dog sounds just about perfect to us. And we know there’s a family out there waiting to spend their nights binge-watching Netflix and snuggling with this sweet velvet hippo. Could that be you?”

We have to agree with the Fulton County shelter — Helena definitely looks like the snuggling kind. And is it us, or does the term “Velcro dog” — which basically means an adorable chunk of love who can’t help but to be clingy and affectionate — sound like the perfect kind of pet to have? We wouldn’t mind taking a couch snooze with the sweet giant ourselves.

Once the post was shared, thousands of people immediately began voicing their opinions about Helena’s “absurd” former dog-parents. Many asked the shelter why or how this could happen with such an amazing pup. It turns out Helena’s owners were looking for a guard dog instead of a fluff muffin, according to the shelter. 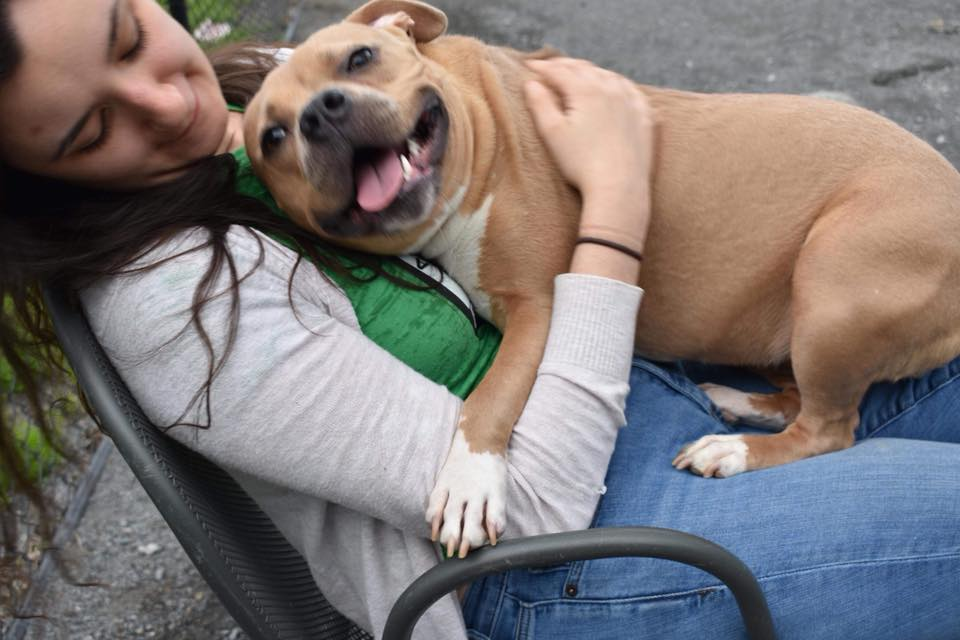 “The owners were looking for a more independent dog; and Helena just isn’t that. There are also common misconceptions that dogs that look like Helena are protectors or guardians of the home and she isn’t that either. She’s pure love and looking for a bestie,” the shelter responded in the comments section of the post.

With all of the internet commotion, it didn’t take long for Helena to find a new forever home.

“They adore Helena, and she is living the life of luxury with them,” said Karen Hirsch, the public relations director for LifeLine Animal Project. “She has a huge yard to run around in, a mom, a dad, and a teenage brother. She is the only dog and spoiled rotten!” 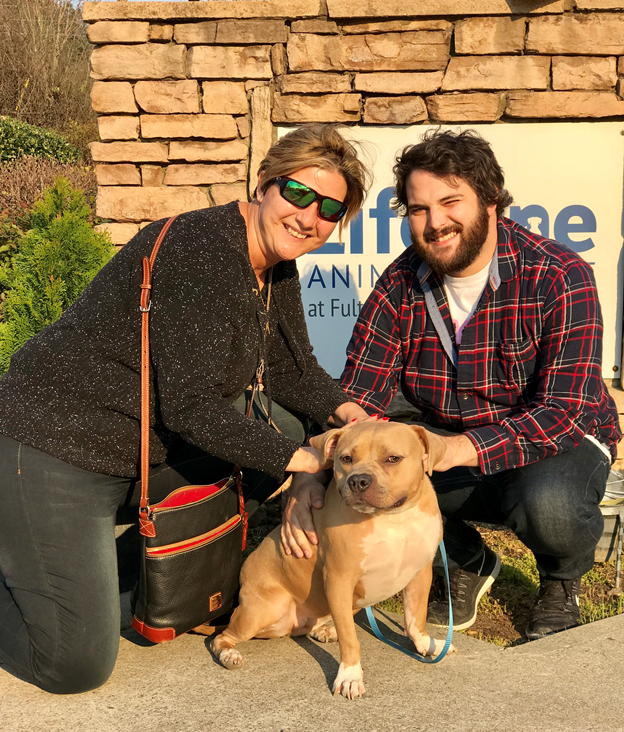 We’re so happy Helena finally found a loving family. We’re sure they’ll give her all the snuggles she deserves.

For even more cuteness, watch the video below to see an emotional gallery of dogs reuniting with their humans:

9 of the Tiniest Dog Breeds With the Biggest Hearts