One man’s trash is another man’s treasure — that’s certainly the theme of little Olive’s ultimately heartwarming story. Her now-owner, Dan Whitehill, first discovered her by the dumpsters in his complex, wet but wagging her tail. More than a year later, Olive is living her best life, which only makes her happy ending sweeter when you hear how her story begins.

In preparation for his move from North Carolina to Pennsylvania, Whitehill was emptying the leftovers in his fridge. As he made his way to the dumpsters outside, he noticed what he thought was a small black-and-white cat. It wasn’t uncommon to see a stray cat or two, but Whitehill quickly realized what he thought was a cat was actually a wet dog. When he walked over to the pup, it darted up the stairs towards an apartment door. Whitehill quickly grabbed a leash and returned to the dog, knocking on the door near where it was sitting. When the student inside opened her door, in ran the pup, getting water all over the textbooks and homework that was scattered on the floor. The student said the dog wasn’t hers, so Whitehill put it on a leash and hooked it up to a post outside his apartment so he could grab some towels to dry it off. 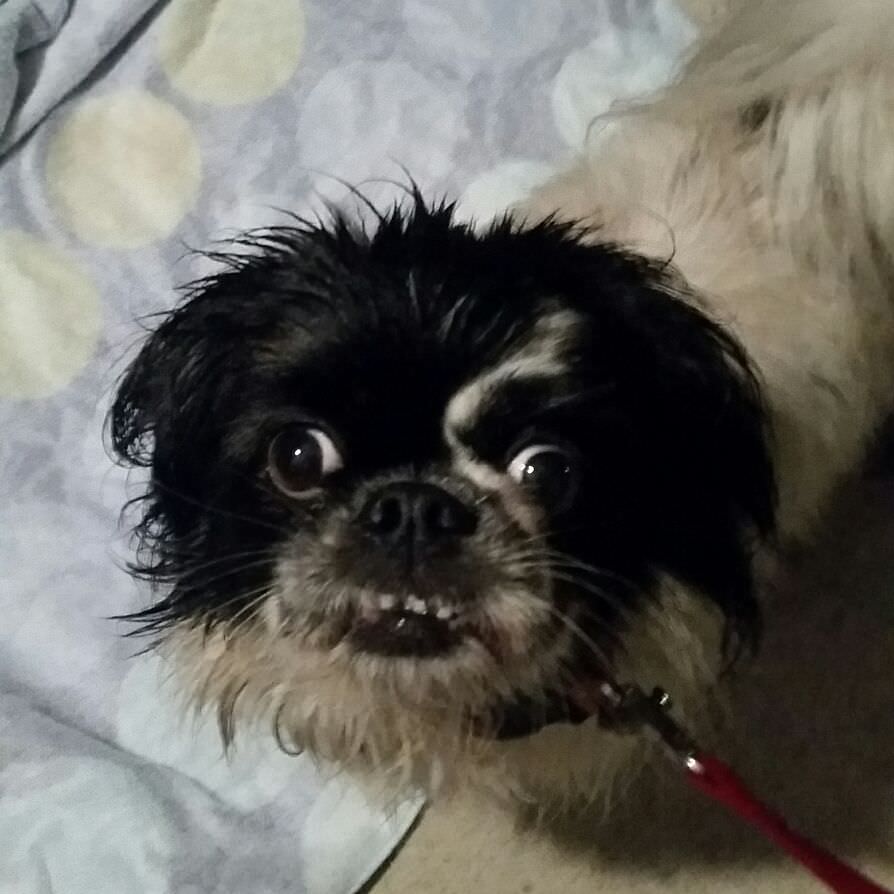 Olive the day she was found. (Photo Credit: Courtesy of Dan Whitehall)

Whitehill decided to name the dog Oliver because he had been watching Top Gear earlier that day. (During an episode of Top Gear, host Richard Hammond names his Opel Kadett car Oliver.) He then called the police, and the pair waited together on the front porch for the cops to arrive. Oliver was shivering and had chunks of knotted hair and large dreadlocks behind the ears, so Whitehill did his best to keep them both warm. He even told the police that if no one was claimed Oliver, he might be interested in adopting the animal. 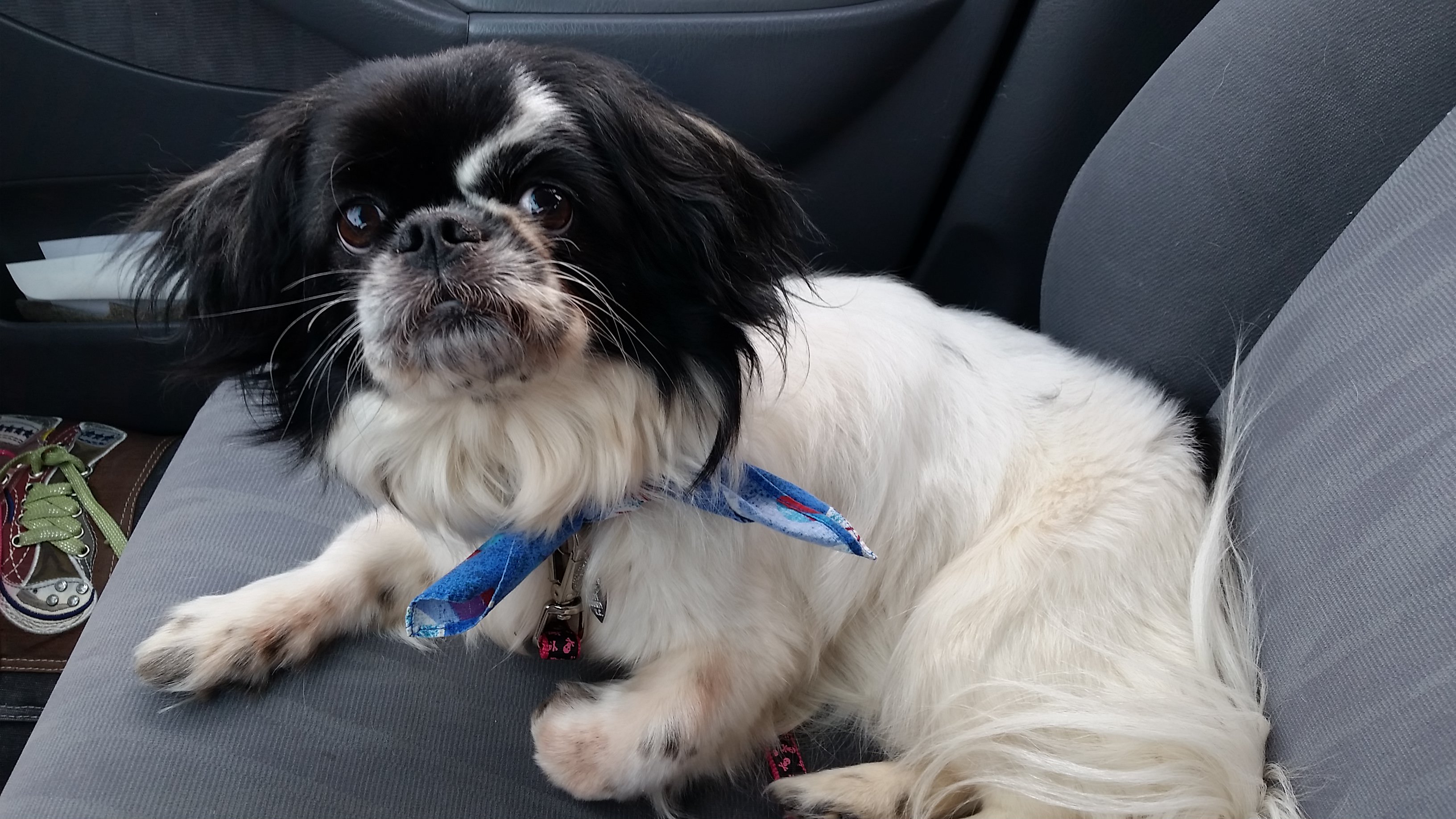 After a week passed and no one picked the dog up, Whitehill — with his girlfriend’s blessing — adopted Oliver, who vets discovered was actually a lady dog! Oliver was changed to Olive, and the 3-year-old Shih Tzu and Pekingese mix became a member of the family. The first thing Whitehill did when he brought Olive home was give her a nice warm bath. 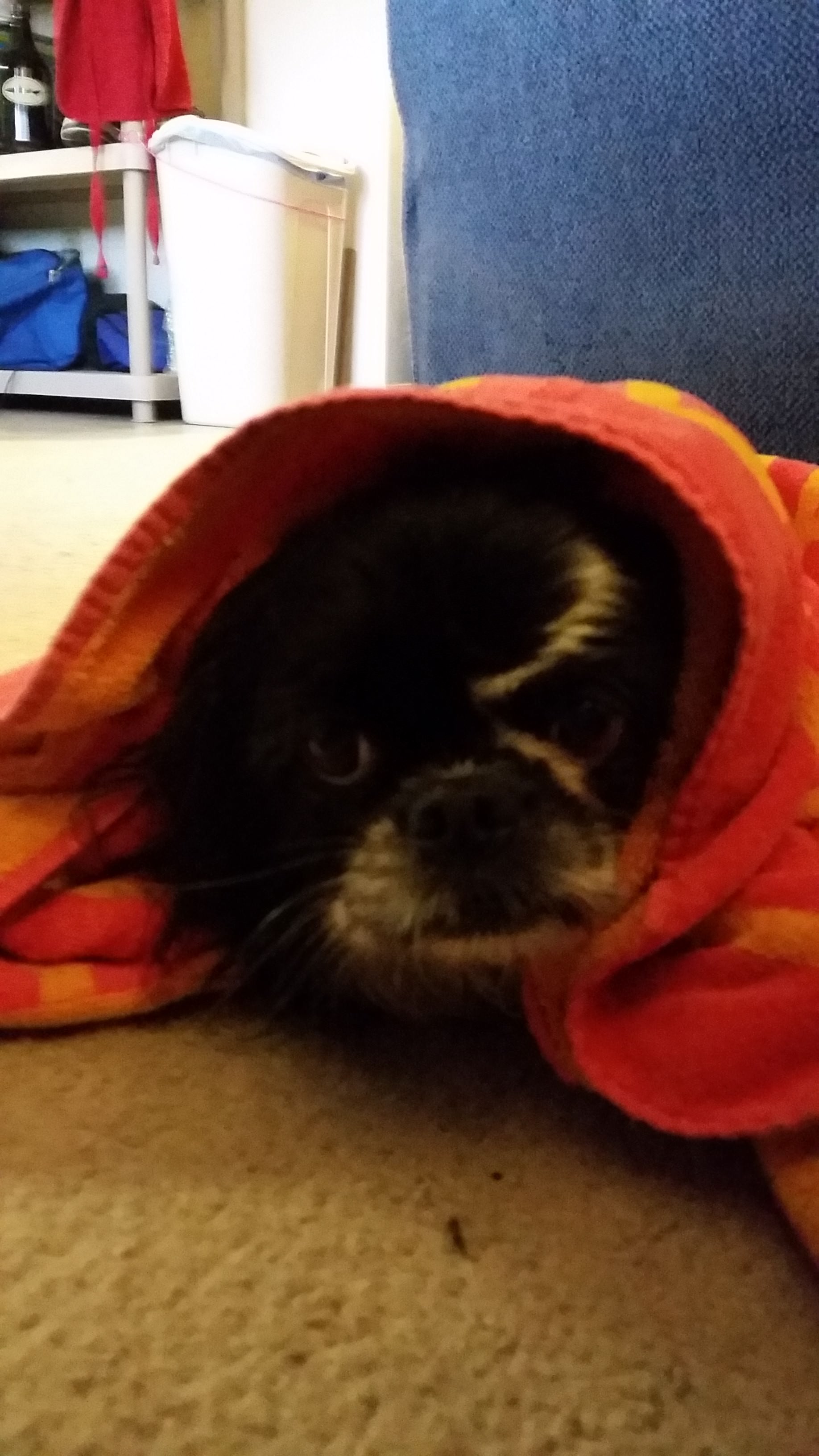 (Olive wrapped in a towel after her first bath. (Photo Credit: Courtesy of Dan Whitehill)

During the pair’s first walk together, a car pulled up and the driver stepped out, shouting “Hey, that’s my dog!” to which Whitehill replied, “I’m not so sure about that.” The man insisted that Olive was his dog, but Whitehill explained that she had just spent the entire week at a shelter. “Oh see, what had happened was, she got out like a week ago but we didn’t notice until yesterday,” the man explained. “Don’t worry, we don’t want her back.” “Well don’t worry, she has a good home now!” Whitehill shot back — and that was the end of their exchange. 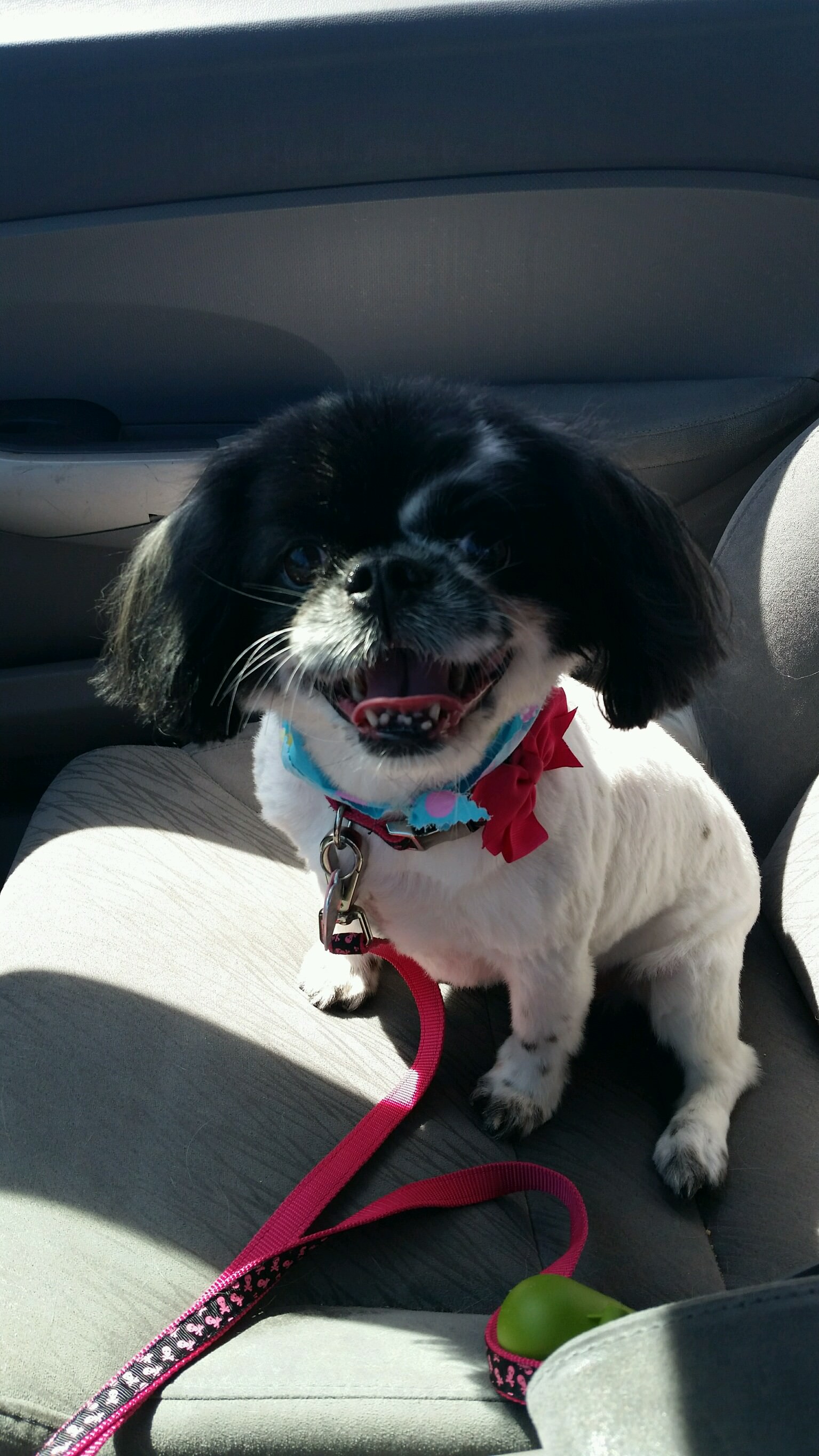 “I walked off before I ended up fighting this man for mistreating Olive. I later found out that he lived in my complex and kept her locked in a bathroom all day,” Whitehill wrote on reddit. “That night, she slept in my bed and she seemed so content, like it was the first time she’d ever slept somewhere soft and warm.” 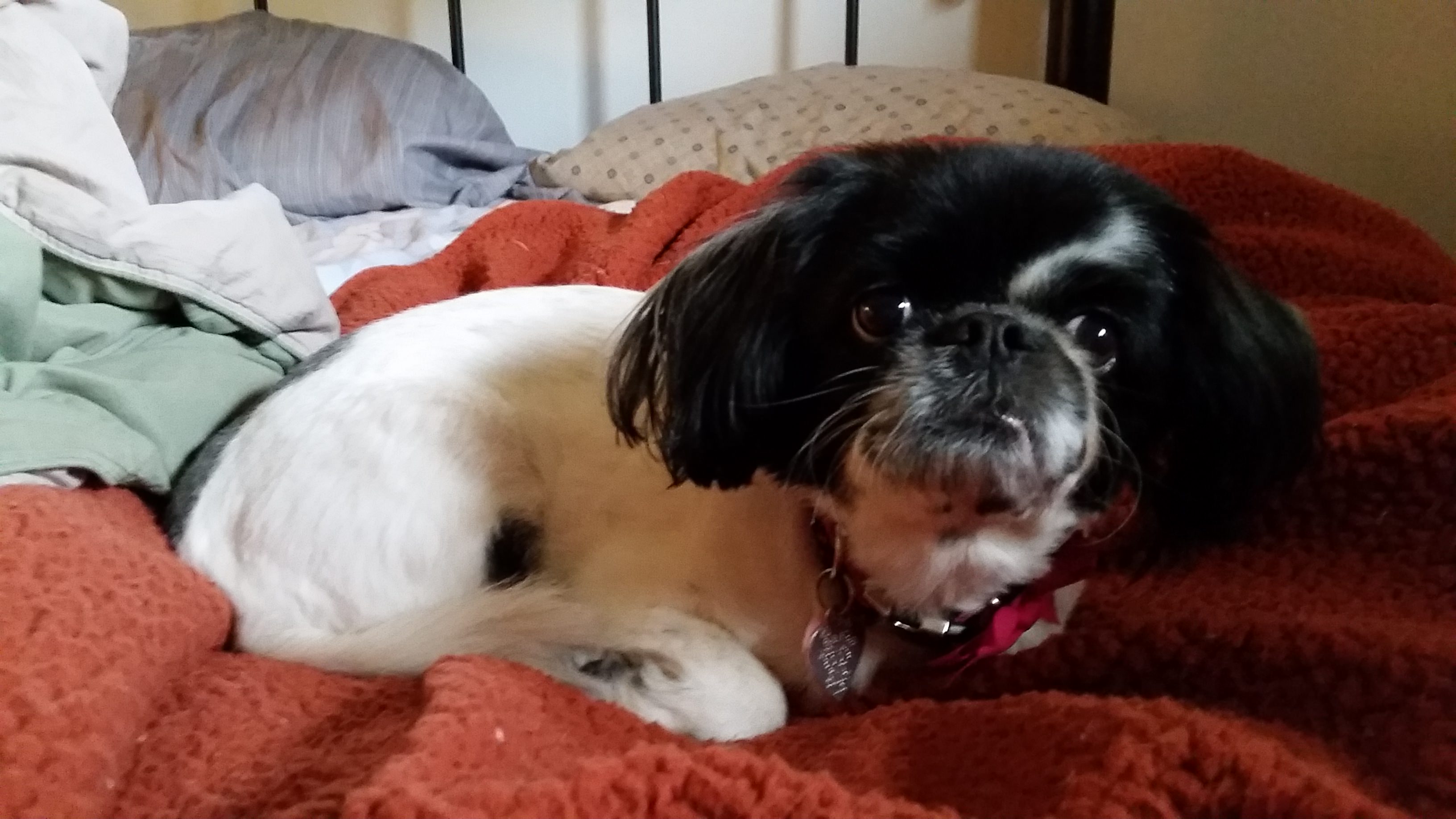 Fast forward to today, and Olive is thriving with her new family in Pennsylvania. She gets along with her two cat sisters and enjoys cuddling with Whitehill and his girlfriend in bed. She has her own yard to run around in and explore, but Whitehill says she spends most of her time following him like a shadow. Awww! After living with an owner who locked her in the bathroom all day, sweet Olive deserves all the love in the world, and it sounds like she’s found the perfect owner.

Watch the video below to see heartwarming footage of pups reuniting with their owners and try not to cry.

Dog Trapped in ‘Prison of Her Own Fur’ Is Finally Free