According to the ASPCA, 3.4 million cats enter into animal shelters in the US every year. With a number that big, it’s hard to think that any one person could make a difference. But for the suffering kitties of the world, people like Las Vegas foster mom Nikki Martinez are real-life superheroes. Not only has Martinez taken it upon herself to foster sick kittens, but she has also created her own stylish apparel line to help raise funds for animal welfare groups.

Martinez started fostering kittens (which involves caring for the animals until they are adopted) almost by accident. After months of bed rest following a traumatic abdominal hysterectomy, Martinez nearly ran into a helpless cat while driving to a doctor’s appointment. She noticed that the kitten had a discharge coming out of her eyes and nose, so she immediately took the feline to a nearby vet.

Martinez ended up taking that first kitten home to foster and nurse her back to health, and even found her a forever home. But the little darling wasn’t the only one to benefit from the encounter. “It happened at such a great time in my life. She really needed me, but I really needed her. It helped me to focus on healing her instead of focusing on my own ailments,” she recalls. She knew from this experience that she had to continue to help somehow. “Fosters and shelters don’t have enough funding, and if they had more, they could do so much more,” she said.

Since then, Martinez has traveled down a difficult yet equally rewarding path of fostering hundreds of kittens in her home. After the first few, she began cataloging her foster journey on her personal Instagram account in order to draw attention to the growing problem of sick, homeless kittens and overcrowded shelters. Understanding that her friends and family might be overhwhelmed with all the adorable kitten pictures she was posting (which sounds like a problem we’d like to have), she decided to create a separate Instagram account for her fostering posts. However, she never imagined the impact that this decision would have. “It kind of just blew up after that,” she recalls. Martinez’s Instagram account @myfosterkittens now boasts a dedicated community of 290,000 followers.

Once her Instagram gained a large number of followers, Martinez started to receive inquiries from companies asking if she’d like to be sponsored and promote their products on her account. According to Martinez, “More often than not, I didn’t even like the quality of their products. This gave me the desire to start my own apparel line that gave a portion of the proceeds to animal welfare groups that I knew were using the funds to care for animals in need. And if I was going to sell products, they were going to be high-quality products that I actually liked and could stand behind — high-quality products with a purpose.” And thus, her website Fosteringapurpose.com was born. Since then, Martinez has developed an apparel line of clothing, tote bags, and other affordable accessories that helps her raise money for the animal welfare groups she works with. 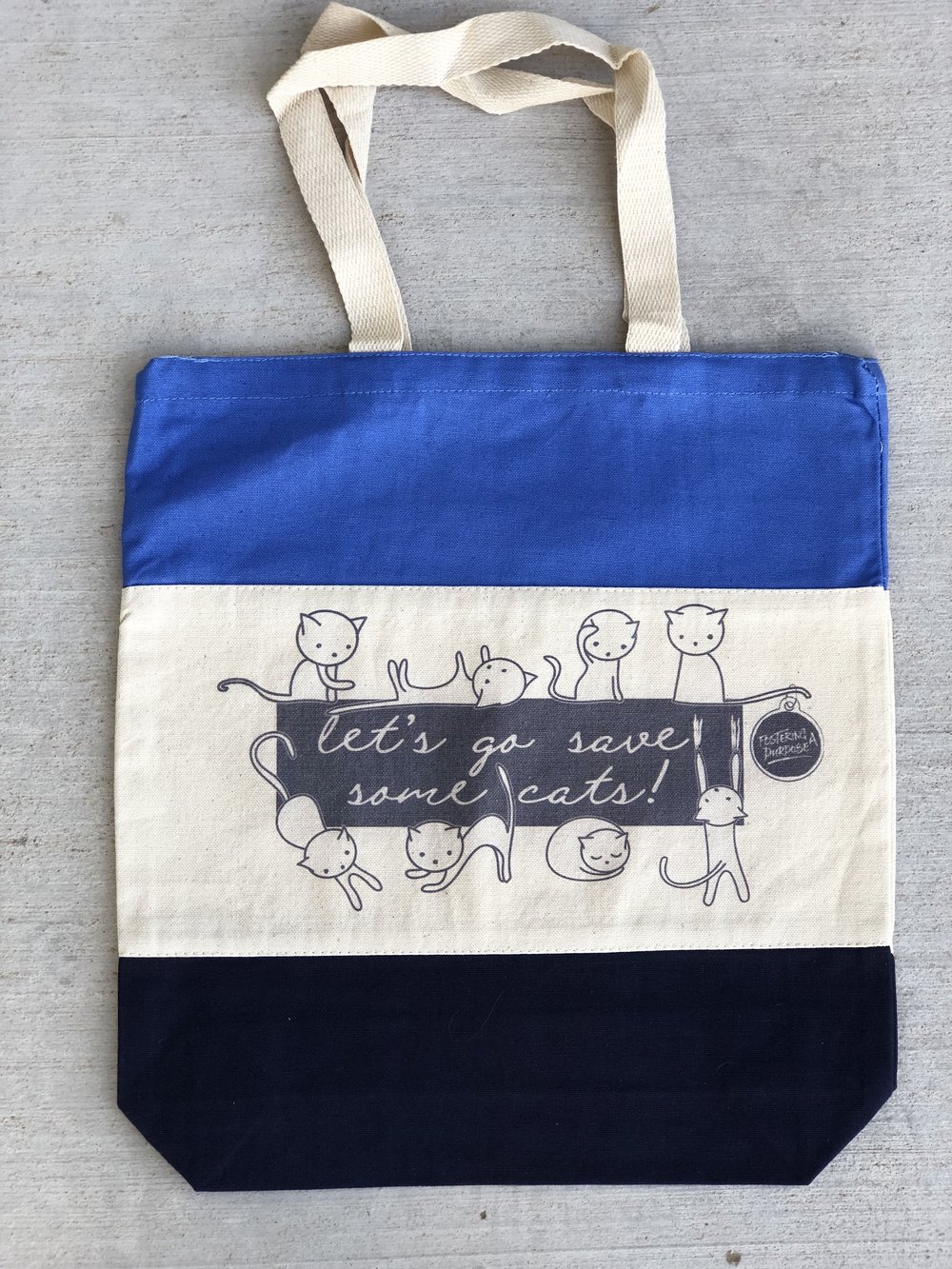 Martinez’s mission has also been inspired by the fact that fostering takes a huge load off shelters that are already overwhelmed with the amount of animals they are taking in. Scooping up kittens and caring for them until they get adopted frees up space in the shelter that could be used to help another cat in danger.

But of course, fostering isn’t all sunshine and rainbows. While the kittens are very lucky to have Martinez caring for them, developing a bond during the months of fostering and then having to give them up for adoption can be heartbreaking. “Honestly, [with] my first litter of kittens, I cried for two straight weeks. I couldn’t imagine giving them up. They were born in my house. They were like my babies. But I knew that if I didn’t give them up, I couldn’t take any more fosters, and I really wanted to continue to help the others that needed the help, so I had to say goodbye,” she explained.

In addition to fostering, Martinez volunteers doing TNR (trap, neuter, return) with a local animal welfare group in Las Vegas. Using her blog and Instagram, she has helped raise awareness around the fact that the overwhelming population of kittens entering into shelters isn’t the only problem. Because kittens as young as four months old can produce two to three litters a year, reproduction contributes to the growing problem of homeless and sickly cats on the streets. TNR groups work to trap community cats, safely spay and neuter them, then return them so that they aren’t reproducing in the community and don’t contract health issues related to their reproductive functioning. To find out more about Nikki Martinez and her cause, visit her website and check out her apparrel line at Fosteringapurpose.com.

Check out the video below to see the adorable transformation of Bagel the kitten under foster mom Nikki’s care:

Purrfect Family Photos of Proud Cats With Their Kittens

The 5 Most Popular Giant Dog Breeds — And the 5 Tiniest