Eagle-eyed royal watchers have probably noticed Prince Harry’s bracelet, a gift he clearly cherishes, has remained his jewelry of choice for more than two decades. Why? Well, the bracelet Prince Harry wears is more than just a fashion statement — it’s a memento from a trip he took during a very difficult time in his life.

In late 1997 after Prince Harry’s mother, Princess Diana, died, Prince Charles sent his boys to Africa to get away from the media circus and to grieve privately. Since then, Harry has made numerous trips back to the continent, recently professing his love for it in a 2017 interview with Town & Country. “This is where I feel more like myself than anywhere else in the world. I wish I could spend more time in Africa. I have this intense sense of complete relaxation and normality here. To not get recognized, to lose myself in the bush with what I would call the most down-to-earth people on the planet, people [dedicated to conservation] with no ulterior motives, no agendas, who would sacrifice everything for the betterment of nature… I talk to them about their jobs, about what they do. And I learn so much.” Given how much he loves Africa, we’d bet he’ll continue to travel there — and Prince Harry’s African bracelet collection will only grow. 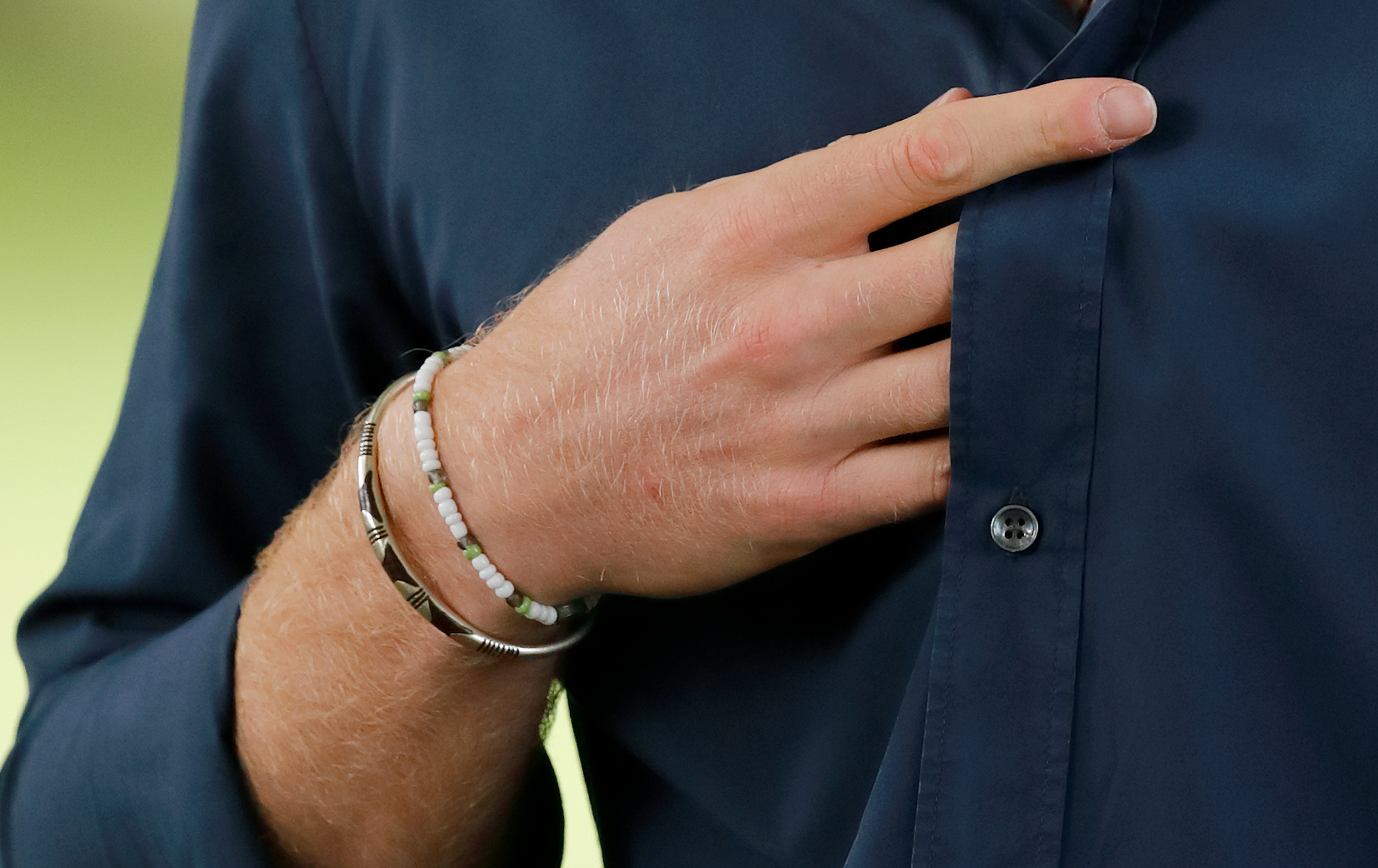 Prince Harry’s beaded-bracelet mania is so strong that he gifted his then-girlfriend Meghan Markle a beautiful blue bangle as a token of his love. Before the couple confirmed their relationship back in 2016, Prince Harry and Meghan Markle’s matching bracelets sparked rumors that the pair was dating. Obviously, the gossip proved true and in May of this year, the lovebirds tied the knot. At their wedding, Prince Harry continued to wear his beloved bracelets.

Much has changed since Prince Harry first brought back his beloved wristlet — he got married, became the Duke of Sussex, and welcomed another royal nephew. But the one constant we expect from Harry is that he’ll be sporting his bracelet for years to come.

Prince Harry Snuck Away to Africa to Honor Princess Diana

Why Meghan Markle Wears Shoes That Are Too Big