Receiving a terminal diagnosis from your doctor has to be one of the most gut-wrenching feelings in the world, but succumbing to illness just wasn’t part of the plan for 92-year-old Jean Roper of Trussville, Alabama. Doctors told Roper in January that she’d only have a few weeks to live due to kidney failure — but then a miracle stopped her illness in its tracks.

As her great-grandchildren Kayla Tracy and Amber Harris went to say their goodbyes, Harris told Roper that she was due to give birth any day now and would name her baby after her. Like magic, Jean Roper’s condition mysteriously improved.

“She was over the moon with excitement,” Tracy told People, “and she kept telling everyone, ‘I just want to live long enough to see that baby girl.’ ”

In the days leading up to Harris’ birth, Tracy, who owns Kayla Tracy Photography, spent more and more time with her great-grandma Roper. Awed at how her condition seemed to improve each day, Tracy decided to capture every moment on film.

“To know that she was going to soon have a great-great granddaughter was like medicine for her,” Tracy said. “It was so amazing to watch her transformation that I knew I had to document it.”

Sadly, Roper lost her middle son just four years ago to kidney failure and has been battling depression ever since. But as soon as she heard about the new grandbaby, Tracy said she lit up with emotion and her entire attitude changed for the better. And despite doctors’ predictions that she would live only a few more weeks, Roper was still alive to meet little Magnolia Jean, born January 31 and weighing just five pounds and two ounces. 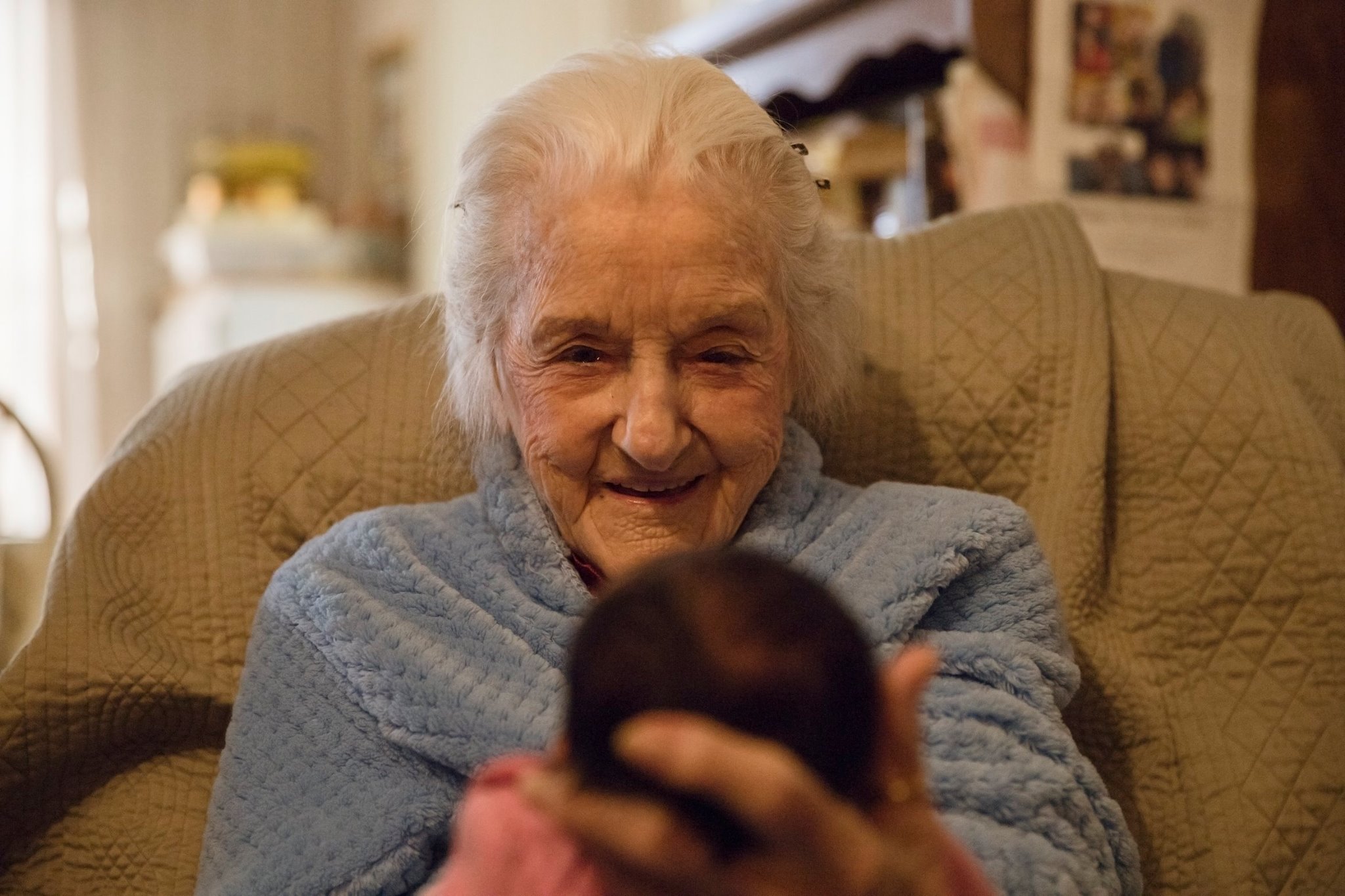 “She helped keep my mind off how weak and terrible I felt,” Roper told People. “and I thought she was the most beautiful baby girl I’d ever seen. She was so tiny and every part of her was just perfect.” 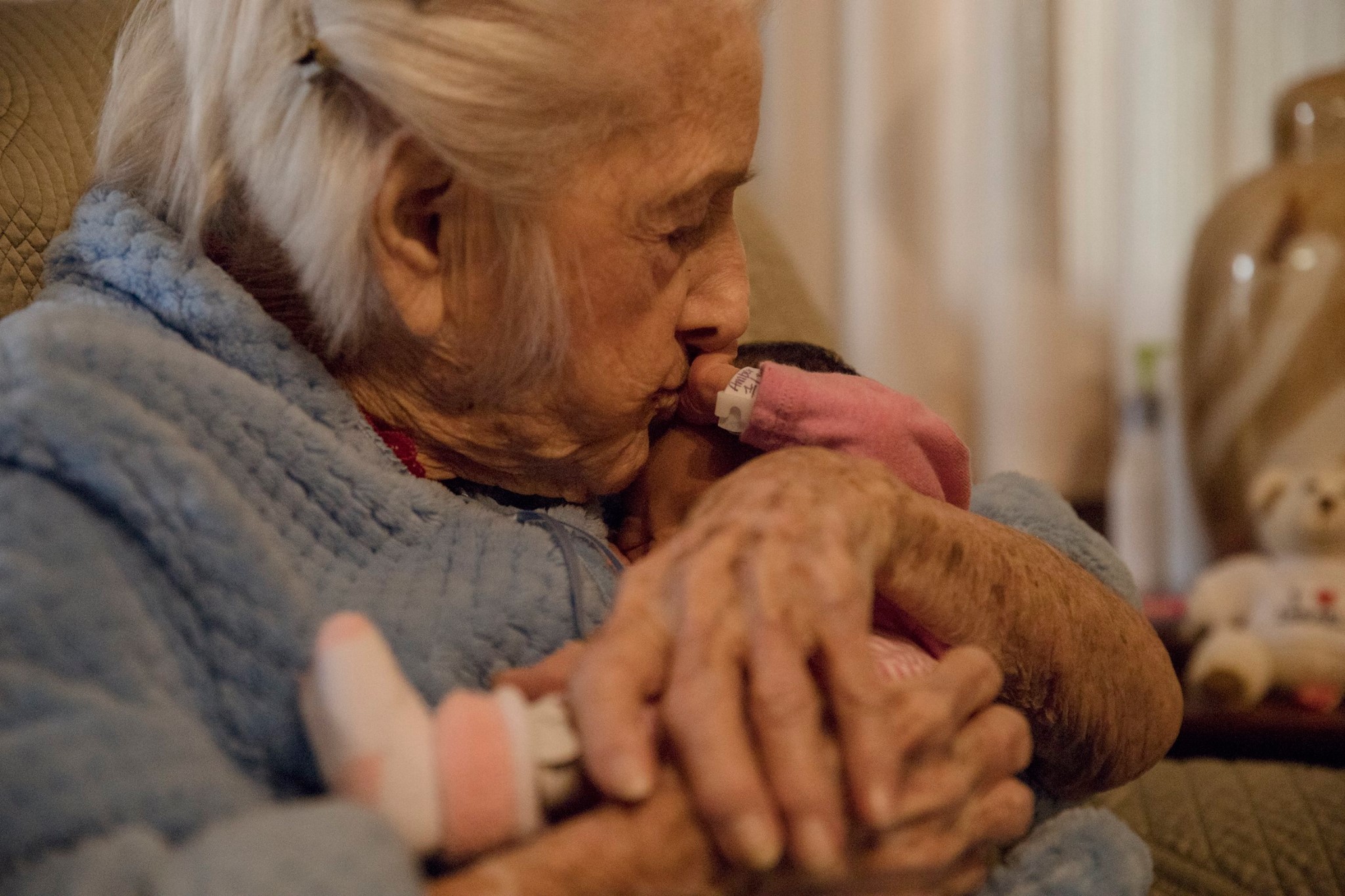 Magnolia’s birth wasn’t the only exciting thing Roper had to look forward to. On March 5, she and her husband Edward celebrated their 75th wedding anniversary at a Cracker Barrel luncheon with their family. Roper said she met her sweetheart in 1941 after she’d agreed to going on a blind date. The two have been inseparable ever since. 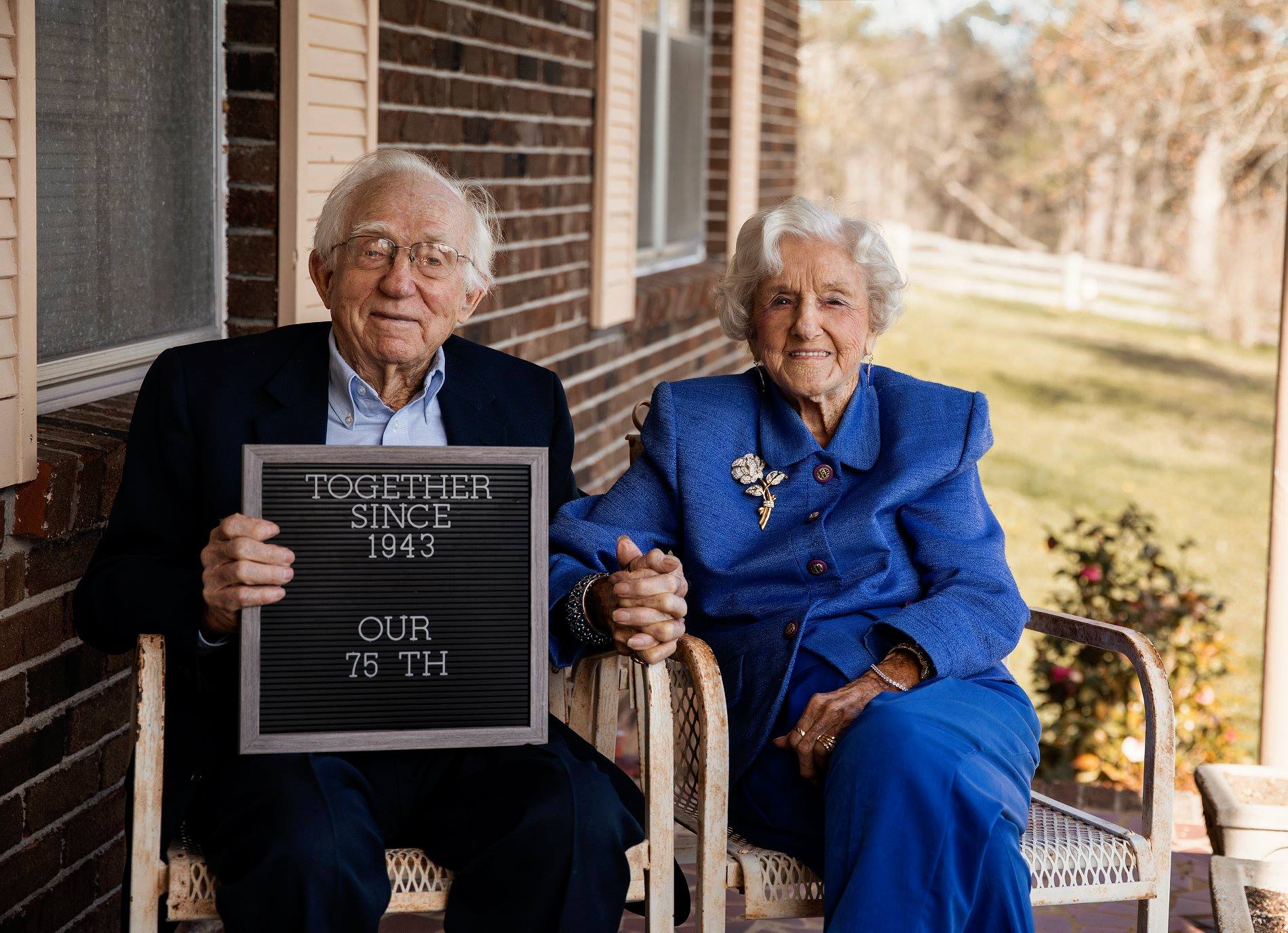 What a beautiful story! Someone up above must be looking out for Mrs. Roper and we hope her wellness streak continues for years to come.

an With Alzheimer’s Forgets He’s Married, Proposes to Wife of 34 Years Again