Chewing through doors, collars, and even his own tail, Jingle the pit bull wasn’t an easy dog when Anne and Vic Tenaglia began fostering him. He had been rescued from a dog fighting ring by the Brandywine Valley SPCA in West Chester, Pennsylvania. The Tenaglias saved the dog’s life — and in a way, Jingle has saved their lives, too 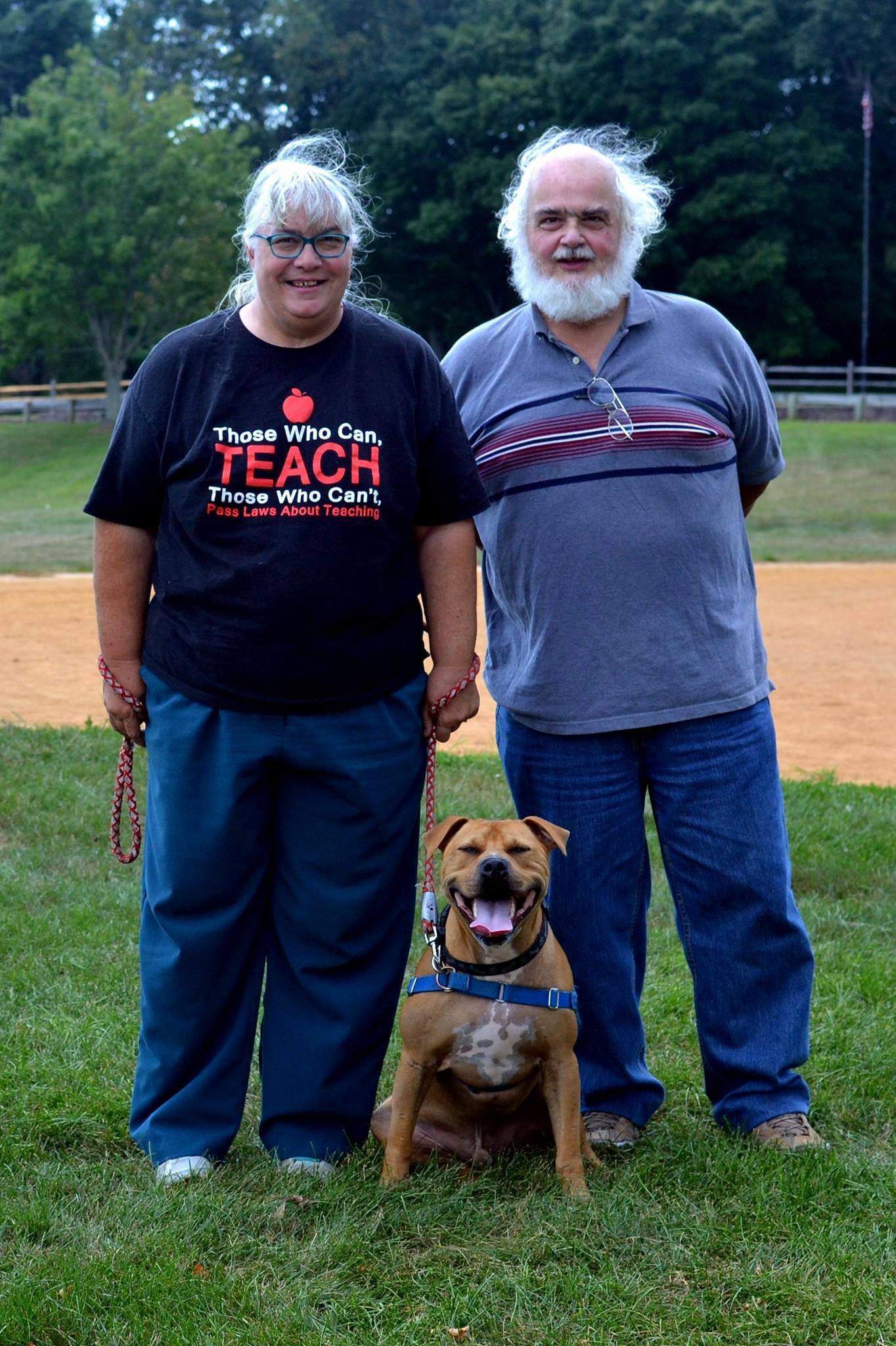 After Jingle was rescued from the ring, the Tenaglias were asked to look after the dog as he recovered from his wounds. “My husband and I were new foster parents and reluctantly said yes, figuring we’d only have him for a few months,” Anne writes on the Petco Foundation website.

Although the dog suffered from severe anxiety, he was very gentle. “Every day, for six weeks, we had to go back to the clinic for new dressings on his leg wound. He never growled during dressing changes or when taking medication,” Anne writes. Through the kindness of the couple, Jingle made a huge turnaround. “Over the 11 months we fostered him, we marveled at his change from terrified and cowering to confident and friendly.” 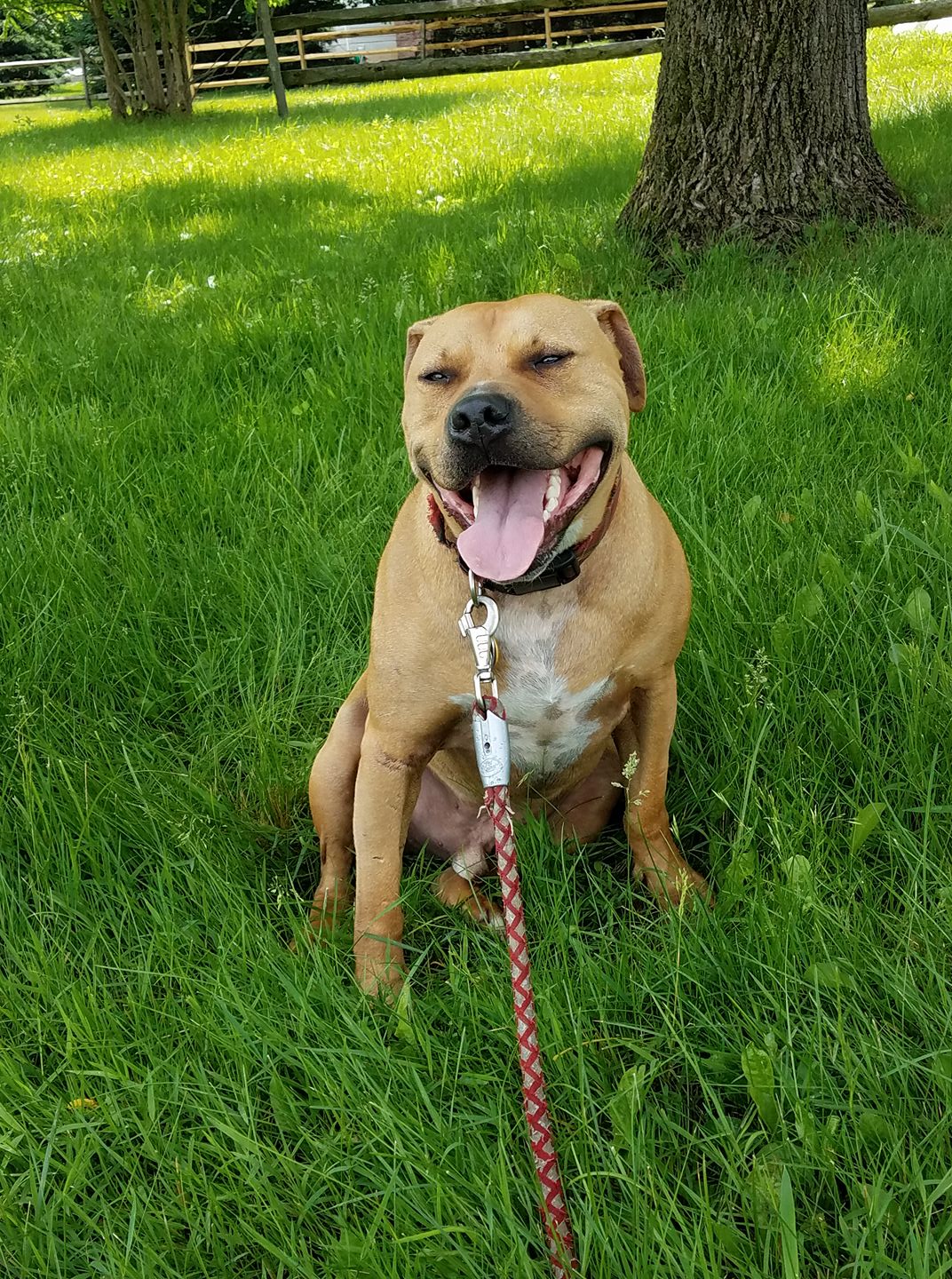 To calm their anxious pup, Anne and Vic would take Jingle on long walks. She writes that the couple walked the dog three or four times per day, which totals to two to five miles. Although the walking was meant to calm Jingle, it had an enormous impact on the Tenaglias — they’ve lost a combined 80 pounds!

“We are both overweight and have heart problems, so this was actually a game-changer for us,” Anne writes. Their cardiologists were “thrilled” with the weight loss. “Keep walking the dog to stay out of the hospital,” the doctors told the couple. 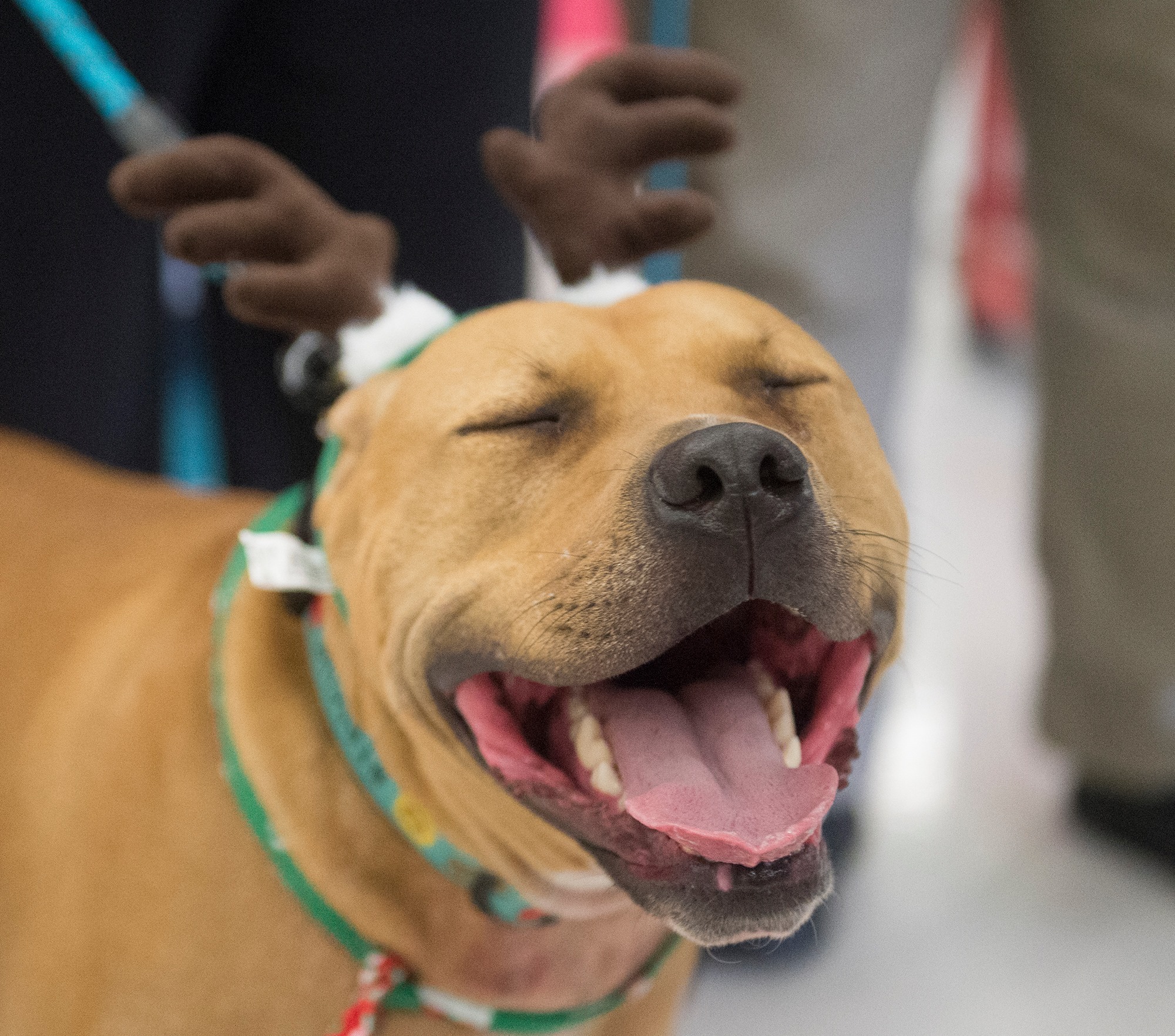 As soon as Jingle was eligible, the Tenaglias adopted himAnne writes that the pooch had changed so much that the SPCA “staff hardly recognized him. He sat calmly while we signed paperwork and seemed to understand that we’d never allow him to be hurt again,” Anne writes. Anne submitted her story of Jingle to Petco’s annual Holiday Wishes contest, which asks people to share how their adopted pets changed their lives. She was one of the 52 winners, chosen from more than 10,000 entries, and the SPCA that rescued Jingle received a grant from Petco as a reward.

*Living with Jingle has had a huge impact on the Tenaglias — Anne participated in a 5K walk, and she’s currently writing a children’s book about her beloved dog. “Jingle changed our minds about adopting a large, muscular pittie and broke that negative stereotype forever,” Anne writes. “He demonstrated gratitude and resiliency to all who helped him, but especially to us.” 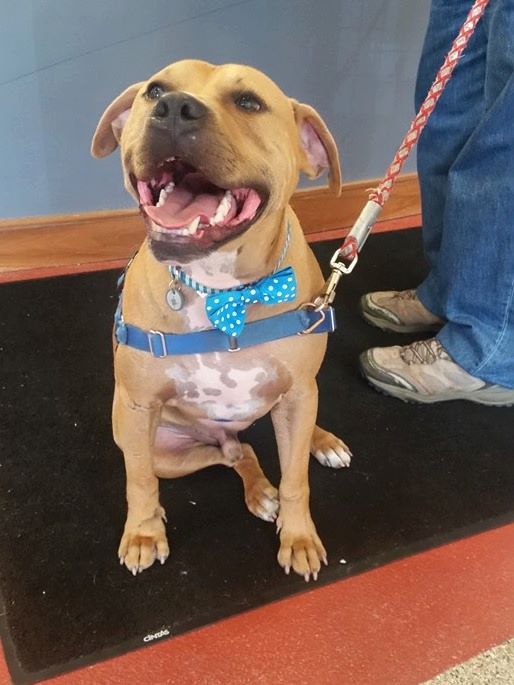 How a Guide Dog Changed My Life