Two tragedies turned into one big heartwarming, happy ending recently, when a momma dog who was mourning the loss of her puppies adopted two sweet kittens who were in need of a mom. And it’s all thanks to two local rescue groups in Mount Carmel, Pennsylvania, who teamed up create one beautiful family.

Sadly, a momma dog at Mommy and Me Rescue was devastated by the loss of her puppies. But when Carol Kalinowski heard that the shelter down the street (Wanna-Be Pet Rescue) had two orphaned kittens who were looking for a loving mother, an idea popped into her head.

“Dorothy was surrendered by her owner when she was pregnant. Sadly, she tested positive for whip worm and Lyme disease; this is probably what caused her to go into premature labor,” Kalinowski said.

After giving birth to seven puppies, Dorothy was transported to a local hospital for treatment. During her time there, Kalinowski said the animal would only pace and cry — clearly mourning for her beloved puppies, none of whom survived.

“When we got her home, she immediately ran to the spot where she had gone into labor to see if they were there,” Kalinoswki said. “She then searched the house and whined for hours.”

Kalinowski said she tried consoling Dorothy with stuffed animals and toys, claiming that dogs will sometimes use them as “pretend” babies if something happens to their own. When that didn’t work, Kalinowski called Rebecca Hetherington of the nearby Wanna-Be Pet Rescue to see if there was anything she could do to help Dorothy through her depression. Fortunately, Wanna-Be Pet Rescue had two kittens who needed a mom to care for them.

In just a few hours, the kittens were brought to Dorothy. Although the momma dog was confused at first, it didn’t take long for her maternal instincts to kick in. 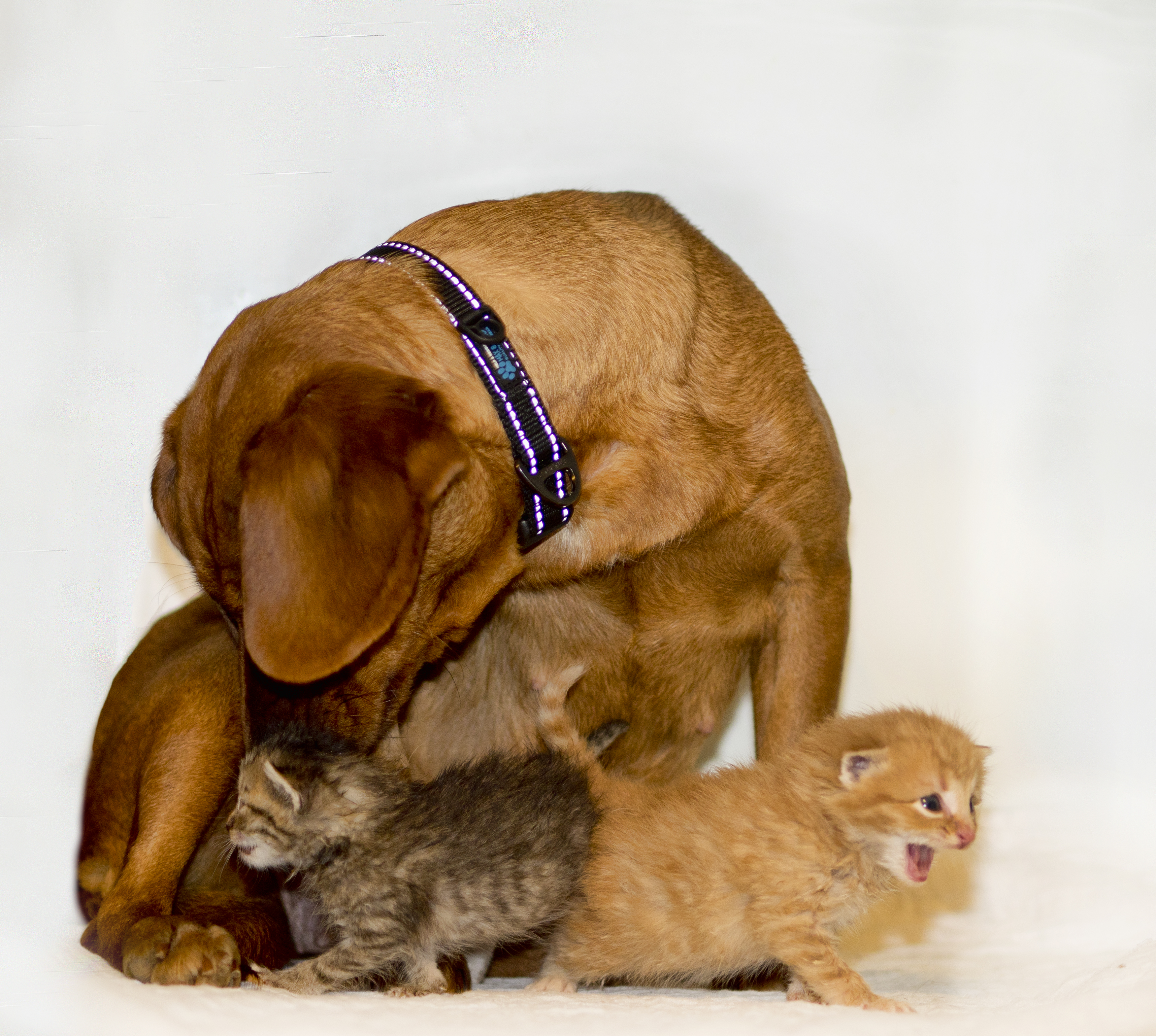 “My son talked to her while I got the kittens to latch on and start nursing. After a few minutes of nursing, she was hooked, head over heels in love with her new babies,” Kalinowski said. “She has carefully tended to them since that moment. She doesn’t leave her ‘nest’ other then to run to the potty, and then she zooms right back to them. They nurse on her all the time [and] she cleans and nuzzles them.”

Aren’t animals amazing? What a beautiful ending to such a tragic story — and some wonderful proof that a mother’s love is truly instinctual. We’re so happy Dorothy has a new pair of babies to look after!