Rest in peace, Lorraine Abdul. Paula Abdul has confirmed her mom, Lorraine, sadly died in a touching Instagram tribute posted on Thursday, January 18. “With all my heart, I thank you all for your thoughtful, heart-filling messages. As usual, I’m overwhelmed with gratitude for your kindness. For those of you whose mothers are still with you, cherish her. For those of us whose mothers have gone on, isn’t it amazing how they never really leave us? I can still feel my mother’s love. It’s tangible and I cannot describe how significant, beautiful, and meaningful that is for me. XO, P. #PaulaAbdul #Mom #ILoveYou #ILoveYouMom #Mothers #AMothersLove #LoveYouMom,” the singer, 55, captioned a photo of herself and her mother.

Earlier this week, Entertainment Tonight reported that Lorraine passed away at age 85 in California on Sunday, January 14. Paula’s cousin Tara Riceberg later told People, “Lorraine died with her daughters Paula and Wendy [Abdul] by her side. Paula was able to be by her mom’s side and give her comfort in her final moments. Lorraine was a single mom and a very strong and fierce woman. She raised two daughters and both Paula and Wendy are strong females who understand discipline. Their mom’s influence made them the women they are today.”

With all my heart, I thank you all for your thoughtful, heart-filling messages. As usual, I’m overwhelmed with gratitude for your kindness. ❤️ For those of you whose mothers are still with you, cherish her. ❤️ For those of us whose mothers have gone on, isn’t it amazing how they never really leave us? I can still feel my mother’s love. It’s tangible & I cannot describe how significant, beautiful & meaningful that is for me. xoP ❤️ #paulaabdul #mom #iloveyou #iloveyoumom #mothers #amotherslove #loveyoumom

A private funeral service for Lorraine was reportedly held on Wednesday, January 17. “At the memorial, everyone kept talking about Lorraine’s big smile and her infectious laugh and signature red lipstick,” Riceberg told People. “It’s funny because Paula has an amazing laugh and it’s something she gets from her mom.” Paula allegedly requested Nat King Cole’s song “Sweet Lorraine” be played during the service. “She really was sweet Lorraine — everyone mentioned how she made the most incredible fudge and lemon cake. She had such a warmth and a bright smile. It’s not surprising Paula is the way she is — she has that from her,” Riceberg revealed.

Following the news of Lorraine’s death, many of Paula’s nearly 250,000 Instagram followers were quick to send their condolences to the “Straight Up” songstress. “As life takes another turn into a different path, it is never easy losing a loved one along the way. May your mother sleep peacefully in the clouds and may she send you the strength to carry on in her memory.🌹♥️🙏🏽#LifeGoesOn #SendingLove #PaulaAbdul xxx,” one person wrote with another similarly adding, “My arms are tightly around you and your family. Heaven has gained a beautiful angel and I know she’ll always be with you cheering you on. Wishing we could squish you [and your family in a big hug] right now.” 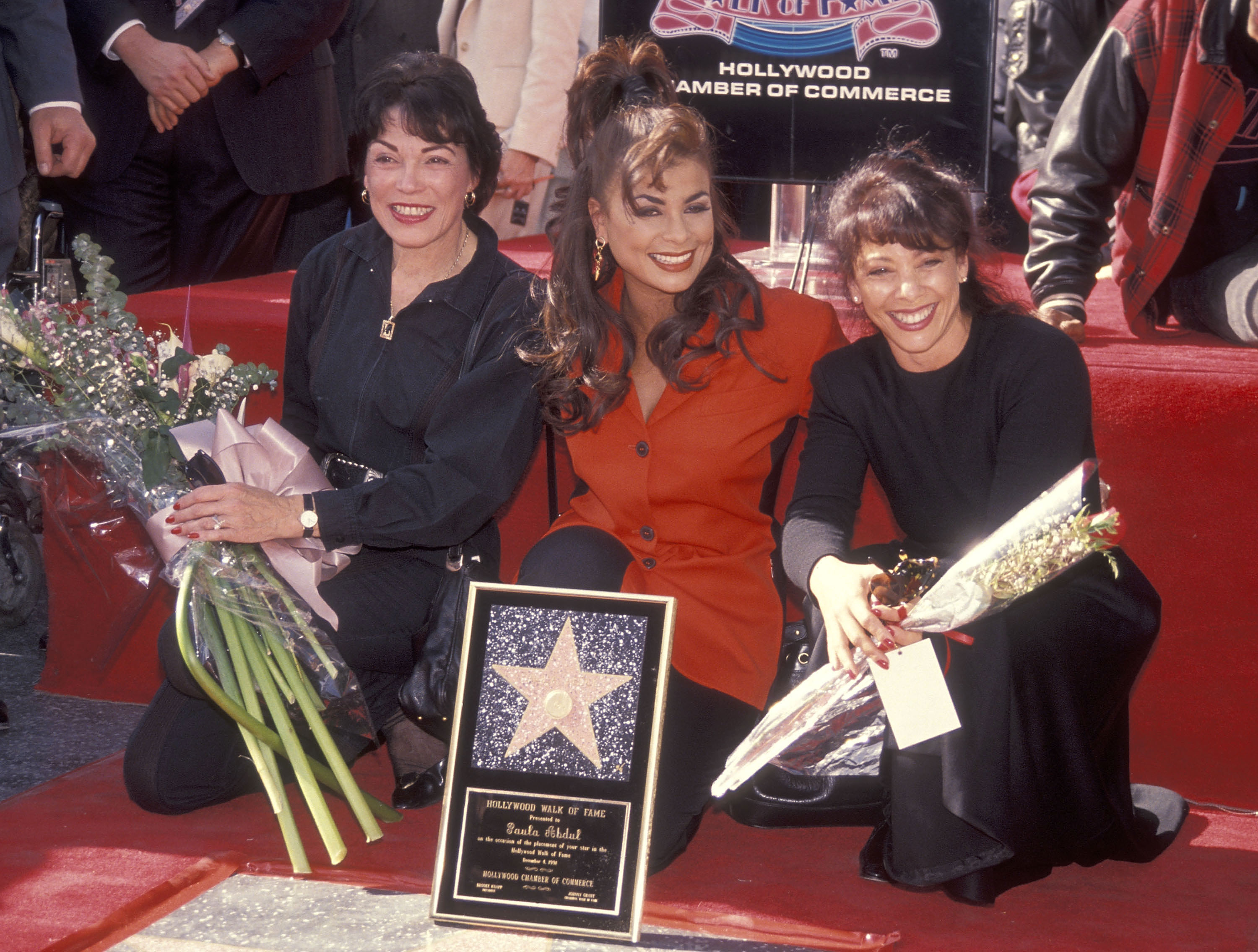 Lorraine had been present for some of her famous daughter’s biggest career moments throughout the years. Back in December 1991, Lorraine and Paula’s older sister, Wendy, were by her side when the music icon received her star on the Hollywood Walk of Fame. Lorraine — who was an accomplished pianist herself — was also often spotted walking the red carpet with her daughter at several past awards shows, including the American Music Awards and the People’s Choice Awards. Our thoughts are with Paula and her family during this difficult time.

Paula Abdul Dishes on Her First Tour in 25 Years: “It’s Not Easy!”

Paula Abdul Reveals If She’d Ever Return as a Judge on the ‘American Idol’ Reboot!