Worried about his condition, Russell immediately took Buttons to the hospital, only to find out three-year-old Buttons’ head was permanently tilted to one side.

“We have no way of knowing for sure, but he was put on medicine to make sure his spinal fluids were draining correctly,” Russell told The Dodo. “He’s perfectly healthy now, but his head will have a slight tilt all the time.” 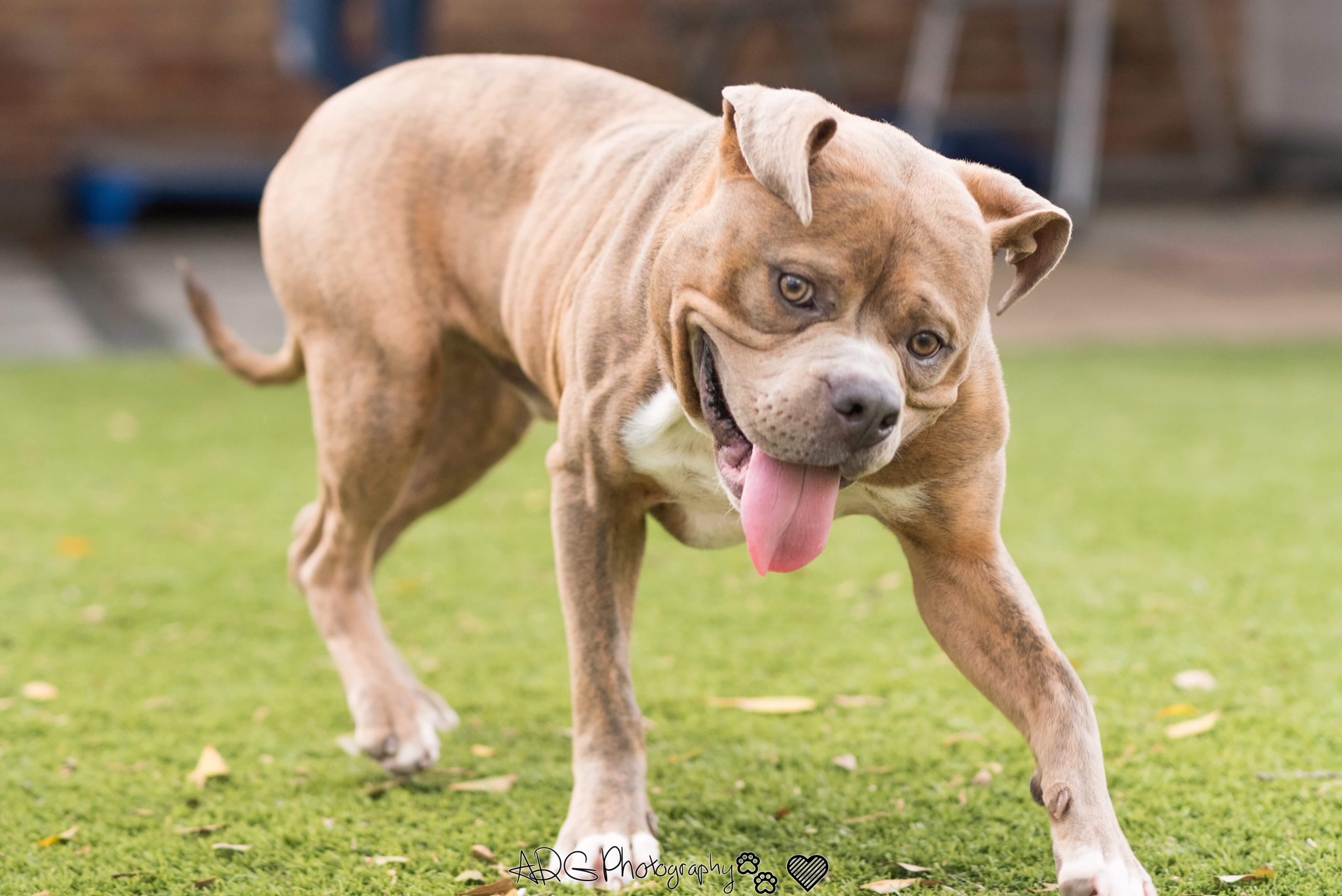 Buttons was clearly in need of attention and affection. In hopes of making him feel more comfortable, staff members introduced him to another special pooch who was found all by her lonesome last November after being struck by a car. Sadly, the two-year-old pup had to have her rear leg amputated after the accident. Thankfully, Grace is all healed up now and has a brand-new friend to play with. 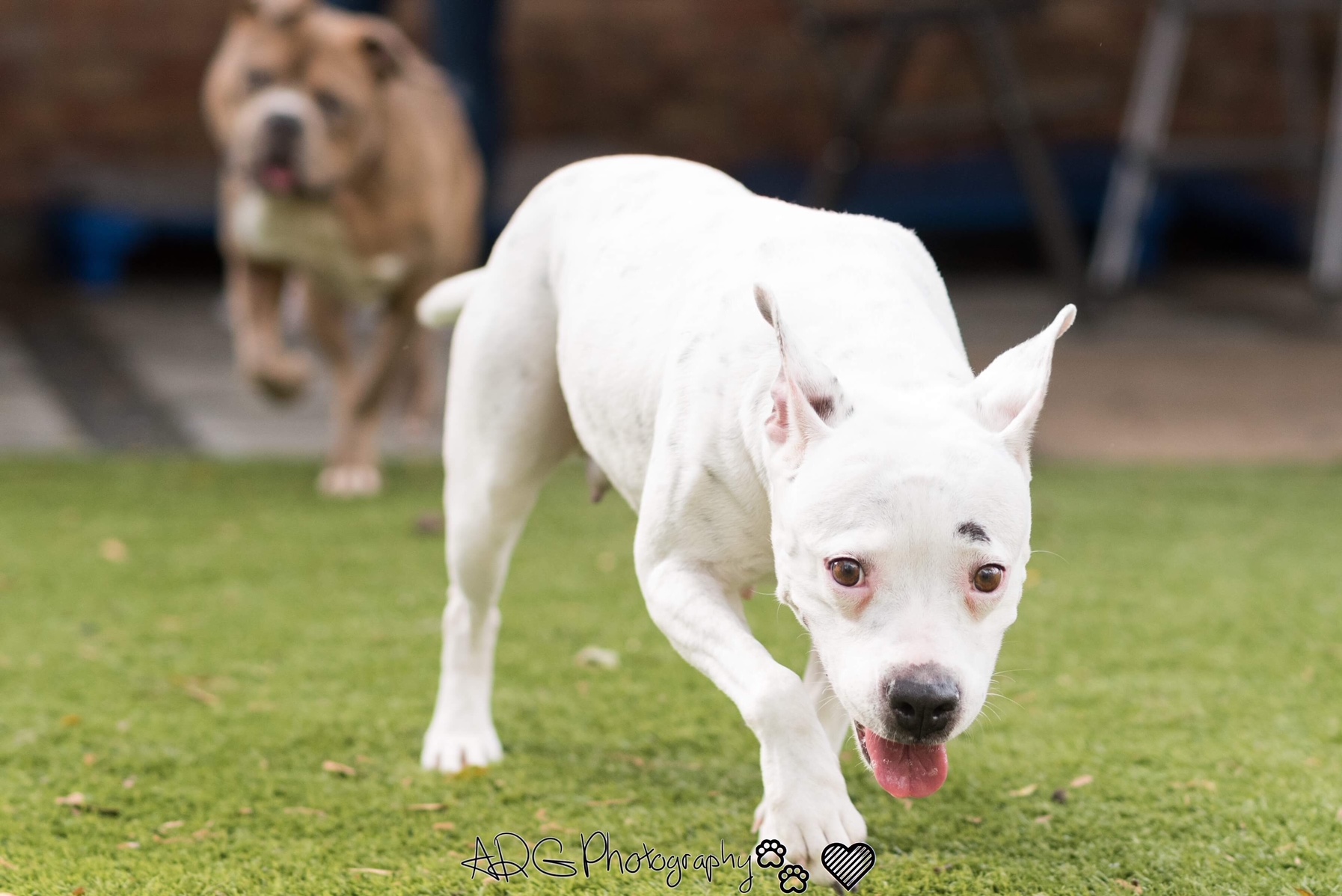 “They both had this look of defeat when we first pulled them from the shelter,” Russell said. “But when they got together, everything completely changed. It was instantaneous.”

Before Buttons and Grace could be formally introduced, shelter staff put them in crates placed side-by-side. After hearing their whines be with one another, it only took a few minutes for the staff to realize the two belonged together. Since then, they’ve been inseparable.

“Buttons will cry if Grace is in another room,” Russell said. “She is like his security blanket.”

We’re so glad Buttons has finally found his other half! We just hope a family will stop by the A Chance to Bloom Rescue soon with adoption papers in-hand. Both of these cute pooches deserve to go to a forever home where they can live out the rest of their days together.