“Who’s a good boy? You’re a good boy!” Anyone who’s ever been a dog mama has probably uttered those words at some point — probably without giving much thought to them. But a March 2018 study has shown that using this type of “dog speak” with your pup is crucial to bonding with the little guy or girl. And now, we have the most adorable photographic evidence of the importance of this relationship — straight from the source! See the sweetest pup reactions to being called “good boys” in the video above.

Dog owners on reddit and other social media sites like Twitter have been sharing pictures of their canines before and after being called “good boys.” The difference in the doggos’ mood could not be clearer — these little puppers light up like Christmas trees. Take Louie, for example: This furry fella looks so quiet and shy in the “before” photo, but in the “after” photo, he looks like he’s ready to be a doggy movie star with that winning smile. 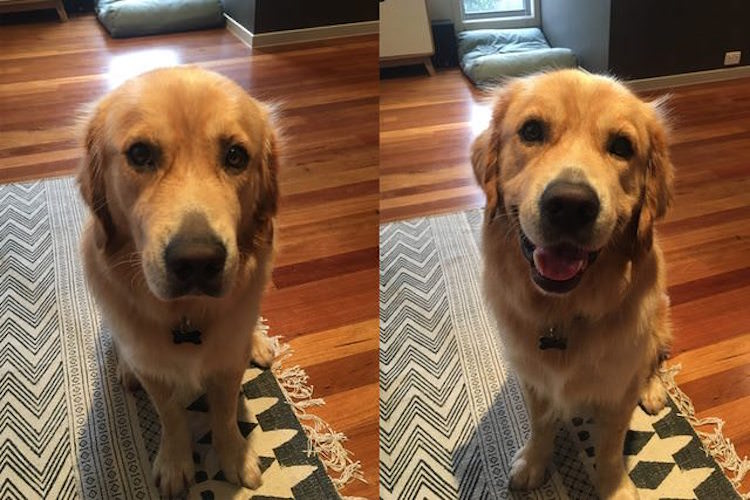 And get a load of Zeus! The four-legged friend almost seems bashful to appear on camera in the first picture, but after he hears how good he is from his loving owner, he just can’t resist widening his eyes and giving that big woof of excitement. 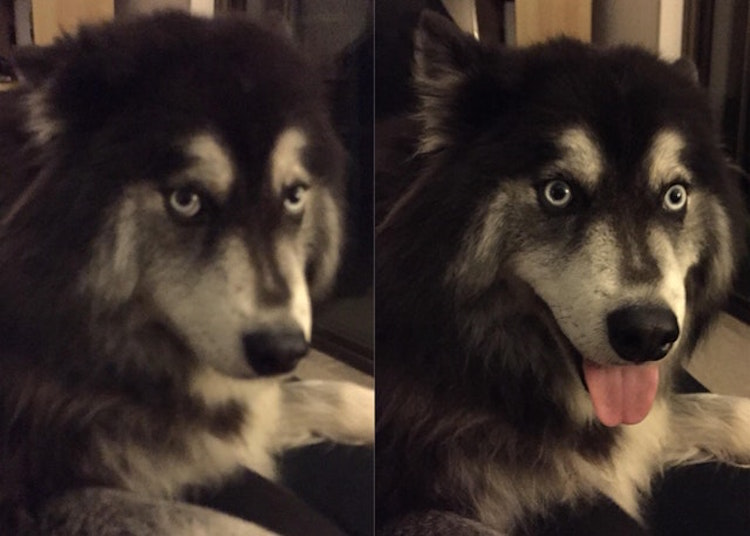 We don’t know about you, but we simply can’t get enough of this social media trend. Maybe we’ll take our dogs’ pictures showing their sweet transformations, too — but only if they’re really good!

No, Sharing the Bed With Your Dog Won’t Really ‘Ruin’ Your Sleep