With husband Emilio Estefan cheering her on, a glowing Gloria Estefan accepted her medal at the 2017 Kennedy Center Honors in early December — a night she called “magical.” The international superstar is the first Cuban-American to receive the prestigious award for her contribution to the arts. “To be the first in anything at this point in life is a beautiful thing,” notes Gloria. “I am incredibly honored.”

The singer has received lots of praise during her four decades in entertainment, but she insists music hasn’t just been a vocation for her — it’s been salvation. From her childhood in revolution-era Cuba to her early struggles to succeed while remaining true to herself, through marriage, motherhood, and an accident that almost ended her career, Gloria has always turned to her guitar to help make sense of life. “Music was always a personal thing for me,” the singer, 60, explains to Closer Weekly. “It’s not like I set out to be famous. I just love music.” 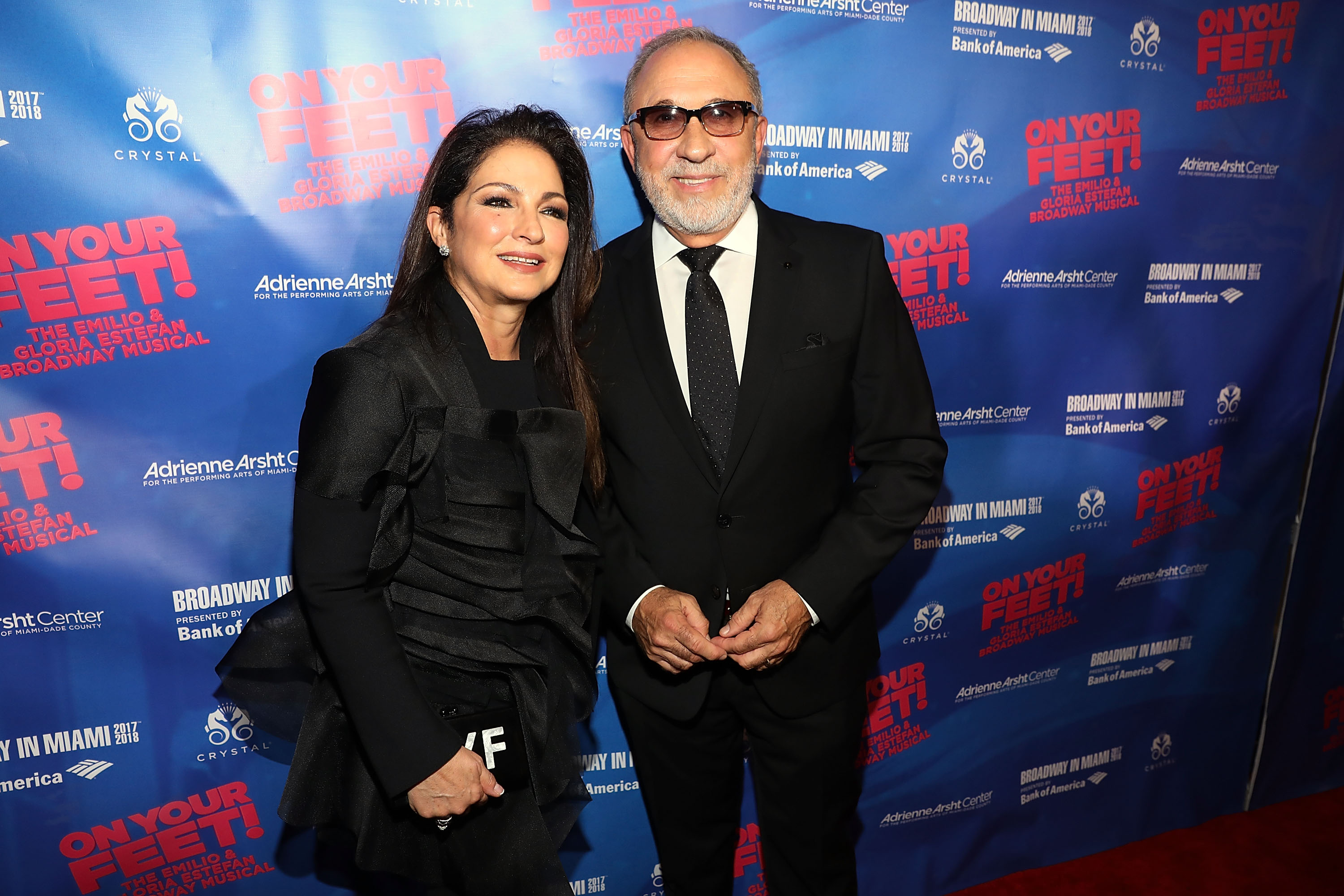 That passion helped Gloria endure a rough start in Cuba where the revolutionary government jailed her father, Jose Fajardo. Upon his release, the family fled to the U.S., but suffered another setback when Jose became debilitated after contact with Agent Orange during his U.S. military service. “My mama had to work, so I cared for my dad and younger sister,” Gloria, who was 12, recalls.

She escaped into music, joining her future husband, Emilio’s, band at 17. “He was my boss and then we fell in love,” she says of the man she married in 1978. Success, however, didn’t come easily. The recording industry didn’t know what to make of the couple or their group, Miami Sound Machine. “They wanted us to change our last name and our sound,” Emilio, 64, tells Closer Weekly. They resisted by retaining their Latin flavor and broke out with “Conga” in 1985. In the years since, Gloria has sold more than 100 million records and won seven Grammys. 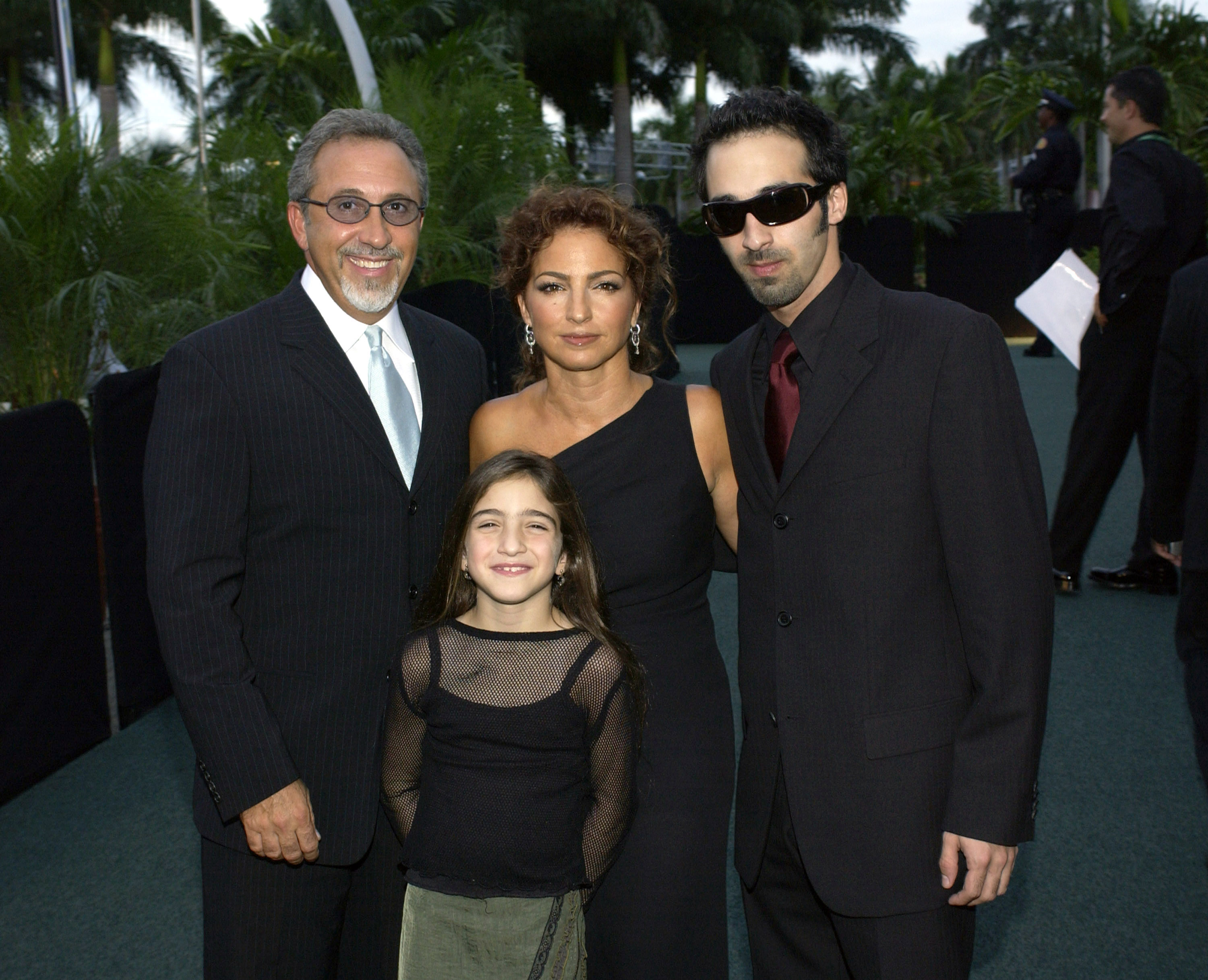 Music not only brought prosperity, but it also helped Gloria survive heartbreak. In 1990, the singer was nearly paralyzed after a truck hit her tour bus. Although she was told that she’d probably never walk again or bear more children, Gloria persevered. “People take life for granted,” Emilio says, who remained at his wife’s side during her recovery. Gloria remembers: “He didn’t leave me alone — he’d sit me up, lay me down, bathe me.” She eventually regained her ability to walk and welcomed daughter Emily, now 23, four years after the crash. “It brought us closer on every level,” Gloria explains. She and Emilio will celebrate their 40th anniversary in September.

Today, the star still enjoys singing, though her favorite audience is her grandson, Sasha, 5, the child of her son, Nayib, 37. Meanwhile, the story of her life with Emilio continues to thrill audiences in On Your Feet!, a musical that recently left Broadway to tour the world. But even with all her success, Gloria still remains humble. “I don’t see myself as anything other than a very fortunate woman,” she admits. “I’ve been able to live my life close to the person I love, made a beautiful family, and [have] been able to live making music and entertaining people.”

Gloria Estefan Reveals How a Near-Death Tragedy Strengthened Her Marriage