The office life wasn’t for Jane Curtin. “The lighting is terrible,” she quipped to an audience of fellow actors at a recent SAG-AFTRA Foundation Q&A in New York City. “We want to work with people who are a bit more interesting. We’re thoughtful, imaginative, creative, funny, and empathetic. Seriously, who’s better than us?” Nobody’s better than Curtin, 70, when it comes to comedic acting.

Her career success has spanned sketches (she was one of Saturday Night Live’s original stars), sitcoms (Kate & Allie, 3rd Rock From the Sun), and feature films (she appears alongside Melissa McCarthy in the upcoming Can You Ever Forgive Me?). “I’m persistent,” she says. “I wanted to stay in this business and do what I do.” 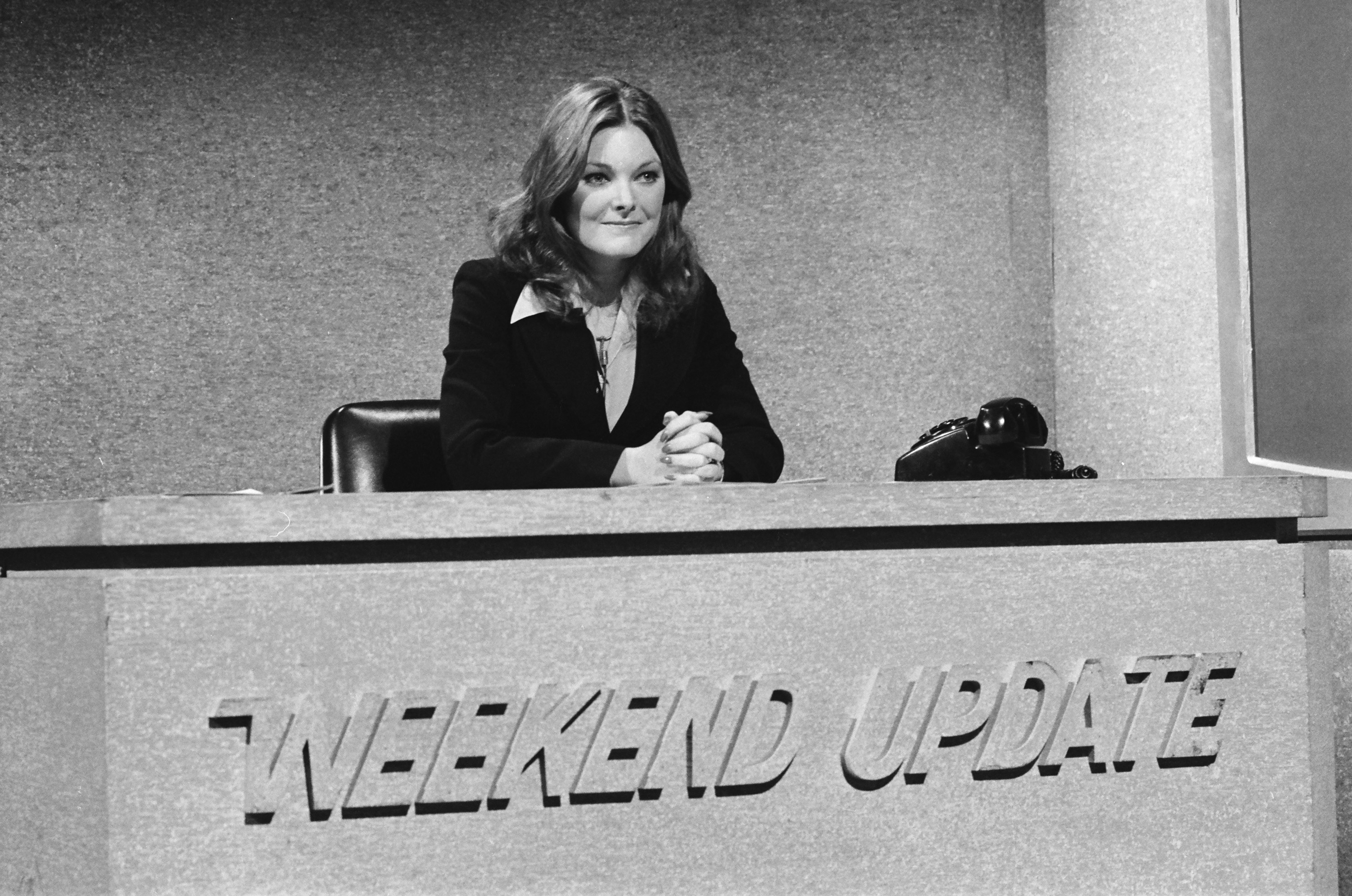 When she was growing up in Cambridge, Massachusetts, her insurance agent father encouraged her to pursue a more traditional career as a teacher or secretary. She was inspired by her mom, a Radcliffe grad, to want more. “My mother raised four children, and she was really good at it, but she wasn’t satisfied,” Curtin says of her family. “I thought, ‘I’ve got to do something that’s going to make me feel good.'”

Comedy was her calling, and SNL made her a household name after she took over the “Weekend Update” anchor desk in 1976. “It became mine,” Curtin says. “It didn’t matter if I had anything else to do on the show.”

At SNL, Curtin bonded with her female co-stars Laraine Newman and Gilda Radner. “The women writers and performers were very tight,” she says. “It was a tough road working against the powers that were.” Jane wasn’t comfortable with some co-workers’ misbehavior. “Chevy [Chase] was difficult,” she says. “John [Belushi] would go in my dressing room and go through my purse, and [producer] Lorne [Michaels] didn’t do anything about it.” 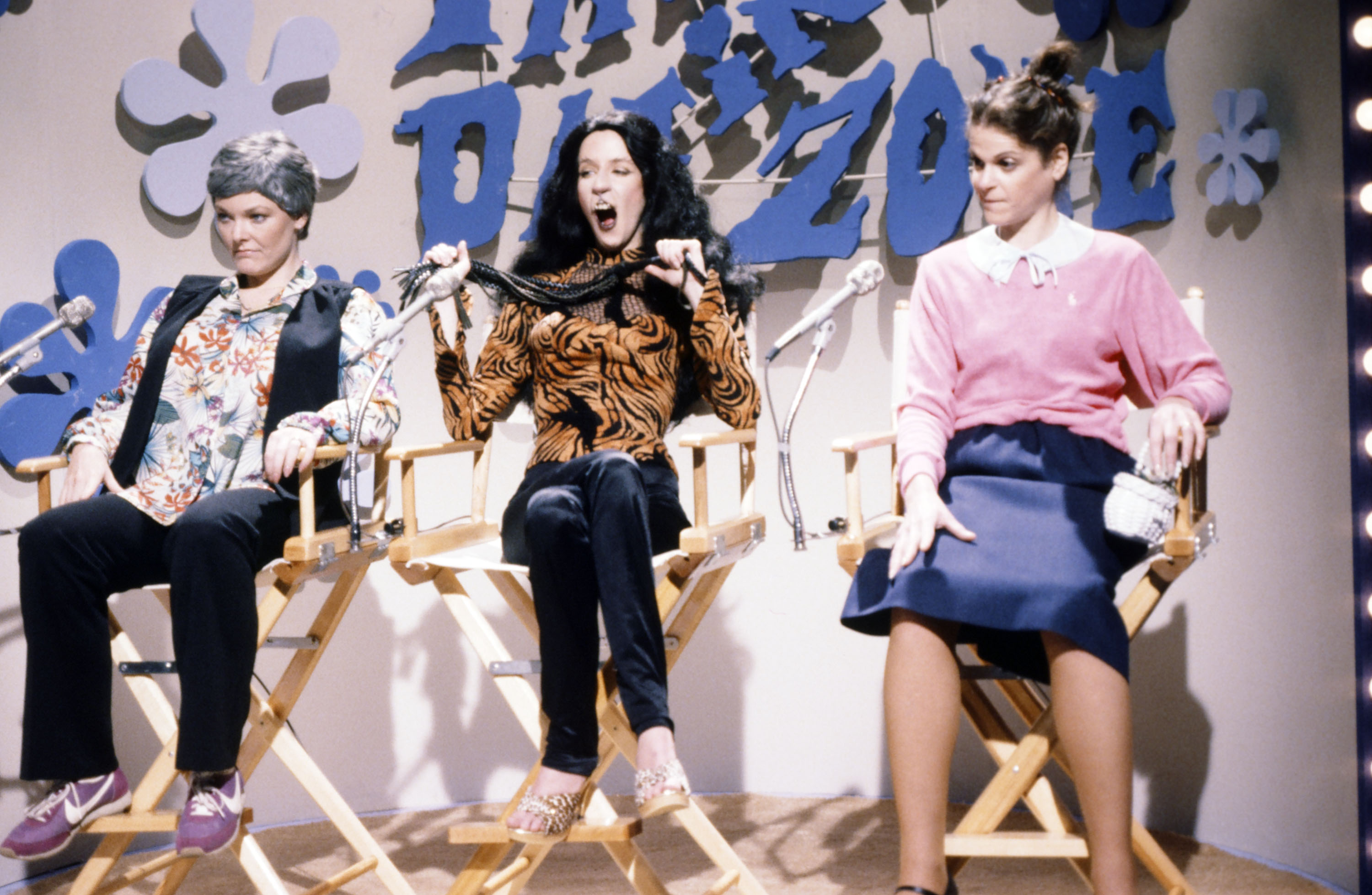 Curtin with Newman and Radner on SNL in 1980. (Photo Credit: Getty Images)

Seeking a more normal life, Curtin — who had wed Patrick Lynch in 1975 — left SNL in 1980 and became mom to daughter Tess in 1983. A year later, she proved herself ready for primetime with her Emmy-winning role as a divorcée opposite Susan Saint James on Kate & Allie. “I wanted to be a hands-on mother,” Curtin says, and the sitcom’s shooting schedule allowed that. “Susan and I had babies three months apart. The nannies would bring the kids to the set, and the babies would be crawling around on the floor.”

When Kate & Allie ended in 1989, “I felt like I was never going to work again,” Curtin remembers, but she soon found herself in another hit sitcom, 3rd Rock From the Sun. “I had more fun working on that show than I’ve ever had,” she says of the wacky series, which cast her as a love interest to John Lithgow’s alien. “I liked it when we were tied together with panty hose. Physical humor makes me happy.” 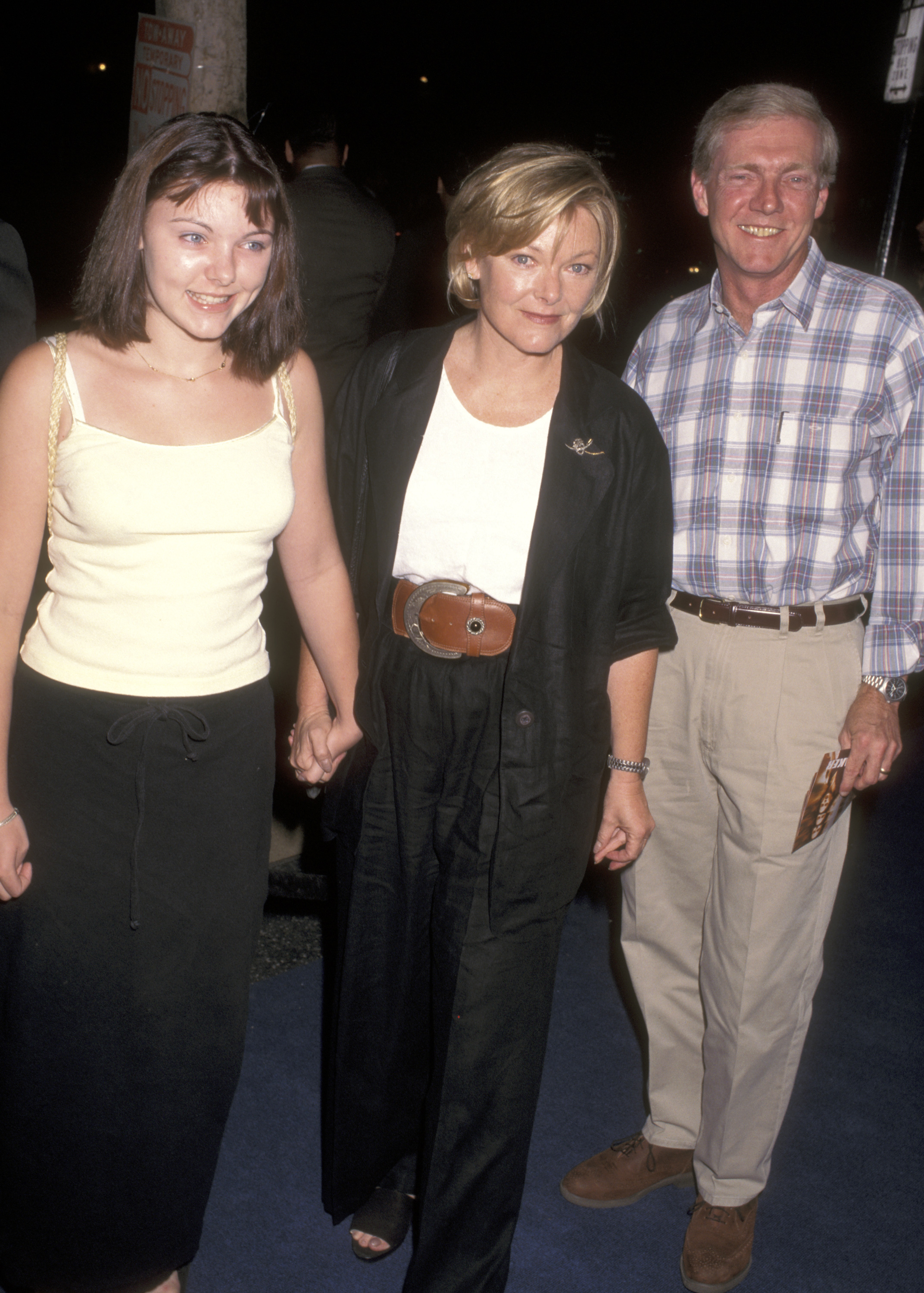 Jane with her husband, Patrick and their daughter, Tess in 1997. (Photo Credit: Getty Images)

These days, Curtin’s greatest joy comes from time spent with her family, including her two grandchildren. How has she managed to stay so sane and stable amid the craziness of show business? “Because I’m not in show business,” she says slyly. “I’m an actor, and that’s the difference. It’s the business — when you’re comparing yourself to somebody else — that makes it hard to have a relationship.”

Her daughter, Tess, is now a writer and has appeared on Comedy Central’s Drunk History. “I like the fact that she’s not in an office,” Jane says. “And not in bad lighting.”

Scarlett Johansson as Ivanka Trump on ‘Saturday Night Live’ Is So Funny — Watch!