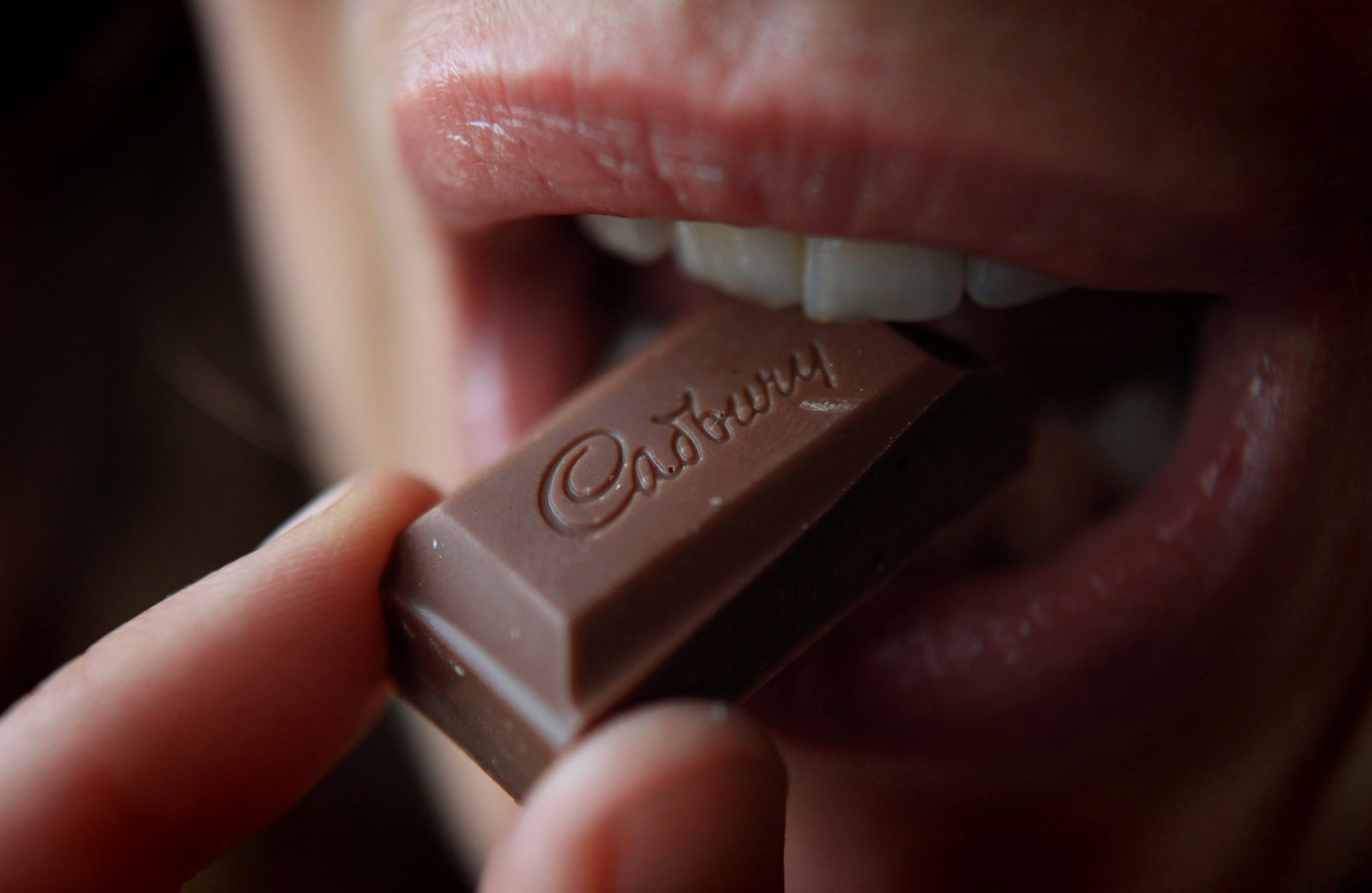 I’ve always had a love of chocolate, like a lot of women. After a bad day, after a good day, after just any day really, I’d pick up a few bars from the supermarket at lunch or on my way home from work (or both). Even on days when I didn’t even feel like any, I would still buy it as I told myself I might want it later. Chocolate was basically my reward for getting through life.

It was only when I started working in the city, and not one but two Haigh’s Chocolates (an Australian chocolate company) chocolate stores were conveniently located en route to the office that my chocolate addiction spiraled out of control.

One day, out of curiosity about where my money was frittering away to, I tallied up how much I’d spent at the chocolatier in one year and knew things had gone too far–a shameful $690.90. And that was just what was on my card, and didn’t even include the “cheap” chocolate I’d bought at the supermarket during my daily ritual.

I had a problem and while it’s not as though I were addicted to drugs or cigarettes, being controlled by chocolate was still a huge problem taking over my life and, for the sake of my health/bank balance/sanity, it needed to stop.

The way I see it, you go to a general practitioner (GP) when you’re sick so why not see someone who works with the mind when you want to tap into your subconscious?

Enter hypnotherapist Nick Terrone from Quit With Nick. He specializes in helping people give up smoking or with overeating but was happy to help me with my problem.

He told me we’d need two sessions but then I’d be 100 percent cured, free from my chocolate shackles. Safe to say I was well excited at the prospect of all that extra money I’d have.

On the way to my first session I was apprehensive, although the pre-reading material (which Nick sends out to every new client and explains what will happen during the sessions) did calm some of my fears. Even though I’m no skeptic when it comes to the power of the mind, just to be sure it was working I bought a chocolate bar on the way and tucked it into my handbag.

MUST SEE: The 30 Most Inspiring Before-and-After Weight Loss Success Stories

When I arrived, Nick talked to me about my problem including why I wanted to give up chocolate (money, health, freedom, dental bills), how deep the problem is (years deep, grab your excavation gear) and what I think my life would look like without this addiction.

Side note, hypnotherapy works best when your conscious mind has made the decision to change something and you just need a helping hand with programming the back end. It cannot make you do something you consciously do not want to do. So if you’re thinking you’ll use it to get fit and you have zero desire to work out, it’s unlikely to work. Since giving up chocolate is something I’ve tried to do on my own before with zero success, I knew my conscious mind desperately wanted to quit.

MUST SEE: This Self-Confessed Food Addict Once Used to Eat 4 Bowls of Frosting in One Sitting–But Her Message Now Has People in Awe

After talking through my problem to great extent, Nick used calming music and his voice to get me into the hypnotic state. It was nothing like you see on the movies where someone swags a pocket watch in front of your face and you fall asleep after 30 seconds.

Once under Nick guided me through a series of visualizations including imagining chocolate covered in my least favorite food (cilantro) and said every time I saw the color red, I’d be repulsed by the stuff (although I really thought he should have chosen Cadbury’s iconic purple).

How it actually feels being hypnotized

If you’ve ever been in a deep meditative state, especially if you’ve done a guided meditation with visualization techniques, it’s extremely similar. Another way to describe it is that feeling you get just before you’re about to drift off to sleep. 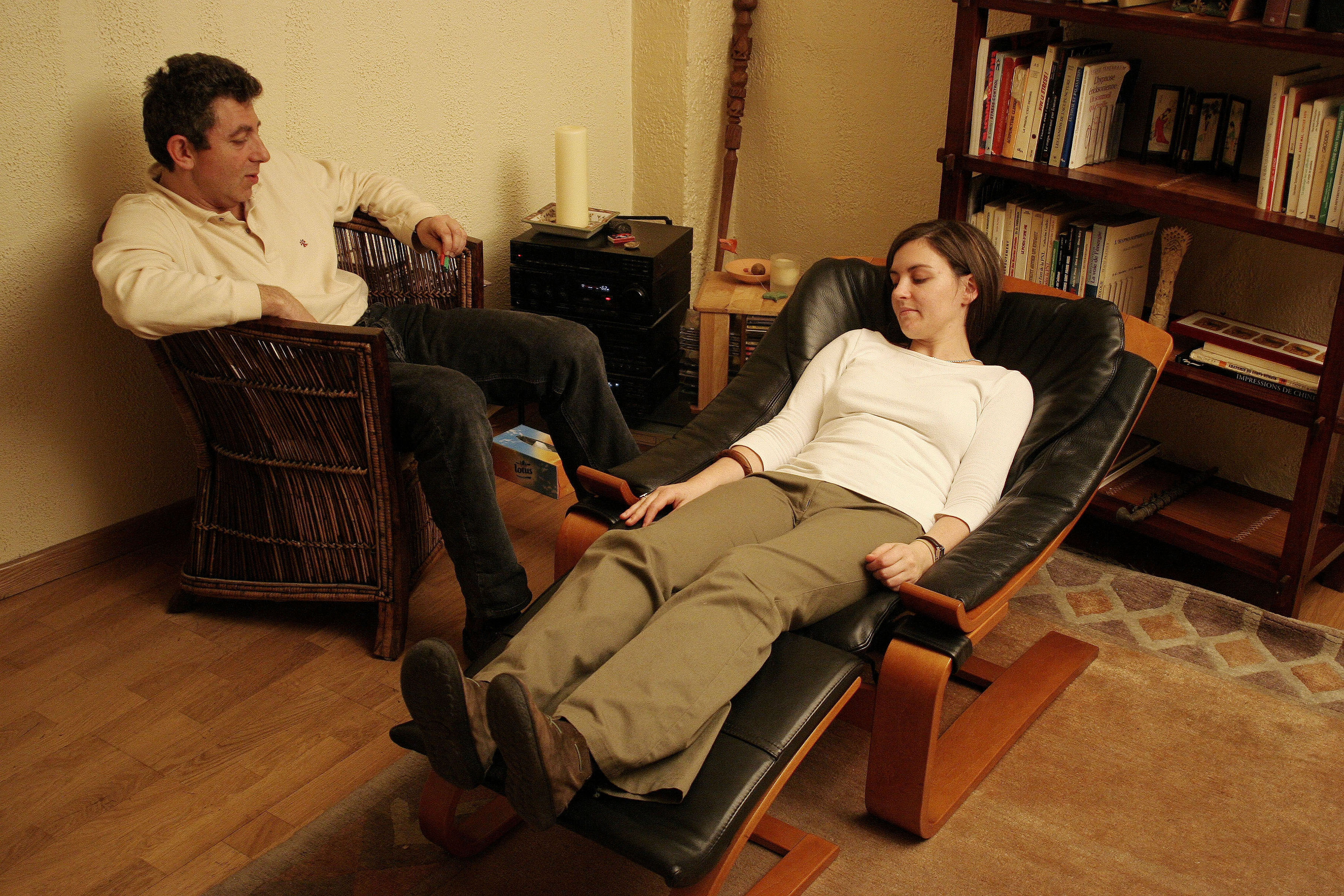 You are not asleep and are completely aware the entire time of where you are and what you are doing. So if Nick had told me to cluck like a chicken, I wouldn’t have done it because I would be consciously aware of how ridiculous that would be.

Now I know what you’re thinking. What about those stage shows were people go under and do silly things. Well, those people are likely extroverts who to some degree want to be chosen and want to do those things for a laugh. Rest assured, this was more medical than entertaining.

Ah the million dollar question and no doubt what you’re here for if you’re considering quitting a bad habit yourself. Well, after just one session I definitely felt more in control and was literally seeing red, as if someone had turned up the contrast. However, it wasn’t as though I was disgusted by the thought of chocolate (and with Easter just around the corner, I’m eternally grateful for this) I just didn’t have any desire to eat it.

MUST SEE: Mom Gained So Much Weight, Friends Thought She Was Pregnant Again, But This Plan Totally Transformed Her

By my second session a few days later, the only chocolate I had eaten was the test bar I’d stuffed in my bag. So while the test (clearly) failed, I didn’t buy any other bars. A miracle for me. And, more than a week later, I was still chocolate-free.

So, was it the power of suggestion at play or my own will power turning me off my sweet addiction?

Possibly a combination of the two.

I think my skeptical friend summed it up best when, upon hearing about my success with hypnotherapy, said: “But isn’t it just all in your mind?”

But isn’t that where any goal you want to achieve starts?

This post was written by Amber Manto. For more, check out our sister site Now to Love.

NEXT: Check out these 12 effective ways To detox belly fat!