They may have another baby on the way, but Chip Gaines felt as though he and his wife, Joanna Gaines, needed not one, not two, but three new pets added to their already-growing family. Just days after surprising the kids with a brand new puppy and kitten, the father of four brought home another pet, this time a little black goat. “Chip woke the kids up this morning with this sweet baby goat… cutest wake up call ever,” Joanna shared on Instagram, alongside an adorable photo of the goat.

Chip woke the kids up this morning with this sweet baby goat… cutest wake up call ever! @chipgaines #magnoliafarms

With Joanna already in the second trimester of her pregnancy, we wonder how she feels about the new fur-babies! Back on April 3, she took to her blog to reveal that they had just welcomed two new additions to the family. “And now for a quick update on the home front. Chip continues to increase our pet population,” the soon-to-be mom-of-five wrote. “He recently surprised us all with a new kitten AND a new puppy. Oh, sweet Chip.” In the blog post, a bewildered Joanna even revealed the name of one of their new babies: “Brindley, our new English Mastiff pup,” she captioned a sweet photo of the puppy being held by one of the couple’s sons, 12-year-old Drake or nine-year-old Duke. Hopefully, she or Chip will give us a glimpse of their new kitten soon! Brindley and the cat join the numerous farm animals they already had, and the new baby goat will have plenty of friends amongst their other goats and chickens. 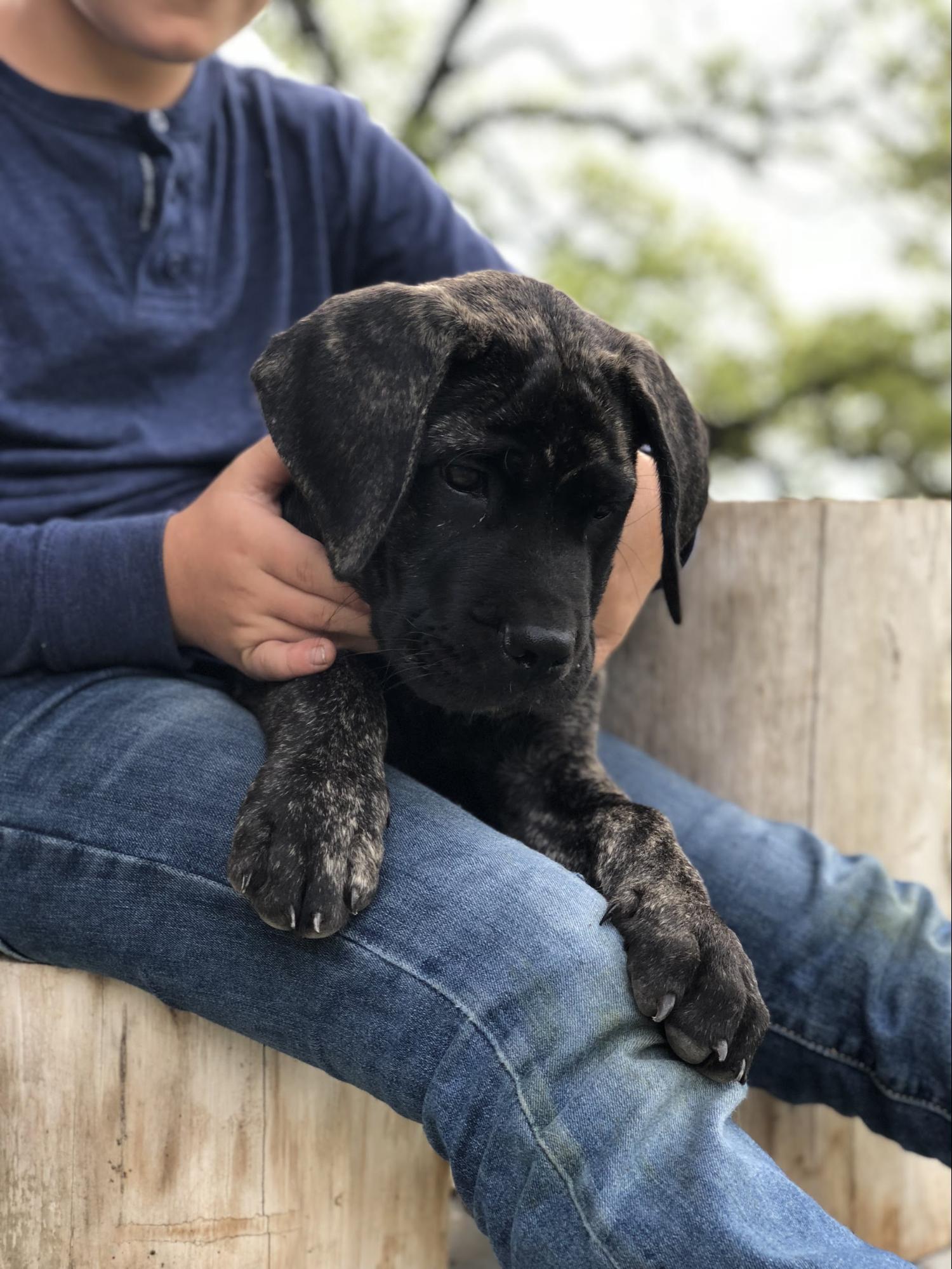 After sharing the news of their latest additions to the family, Joanna also took some time to talk about the next family member they’ll be welcoming in just a few short months. “Pregnancy has been so fun, in fact my two favorite things to do are take naps and eat! Since it’s been over eight years since I was pregnant with Emmie Kay, I joke with my friends that it feels like it’s my first time being pregnant,” she gushed. “The best thing about all of this is the excitement that my kids have shown for their new baby brother. Since I had our first four babies so close to one another, none of them actually remember me being pregnant. They love my growing belly (and boy is it growing), and they cannot wait to meet him.” Although Fixer Upper‘s series finale sadly aired on April 3, we hope the married duo continue to share updates about their pregnancy!