Please join us in sending healing thoughts and best wishes to General Hospital alum Emma Samms, who has Bell’s palsy. The actress, who rose to fame in the 1980s, playing Holly Sutton on the show, shared the news on her Twitter page. “For the past week, I’ve had a thing called Bell’s palsy,” she wrote. I have a wonky smile, am in slight danger of dribbling a cup of tea and can’t close my eye. Not the end of the world. Trying to style it out with the eyepatch.”

So. For the past week I’ve had a thing called Bell’s Palsy. I have a wonky smile, am in slight danger of dribbling a cup of tea and can’t close my eye. Not the end of the world.
Trying to style it out with the eyepatch pic.twitter.com/GqK1CCCx7p

Bell’s palsy is a form of temporary facial paralysis resulting from damage or trauma to the facial nerves. It can affect eye blinking and closing, facial expressions, and also tear and saliva glands. It affects tens of thousands of people every year, both men and women equally. Thankfully, the condition is treatable. In fact, many cases are so mild that they go away on their own in a couple weeks.

Samms also revealed on Twitter that she’s already been to the doctor and is receiving treatment. “Almost always goes away entirely, apparently,” she reported. “I’m on the steroids and various other meds, so I’m sure all will be well.” 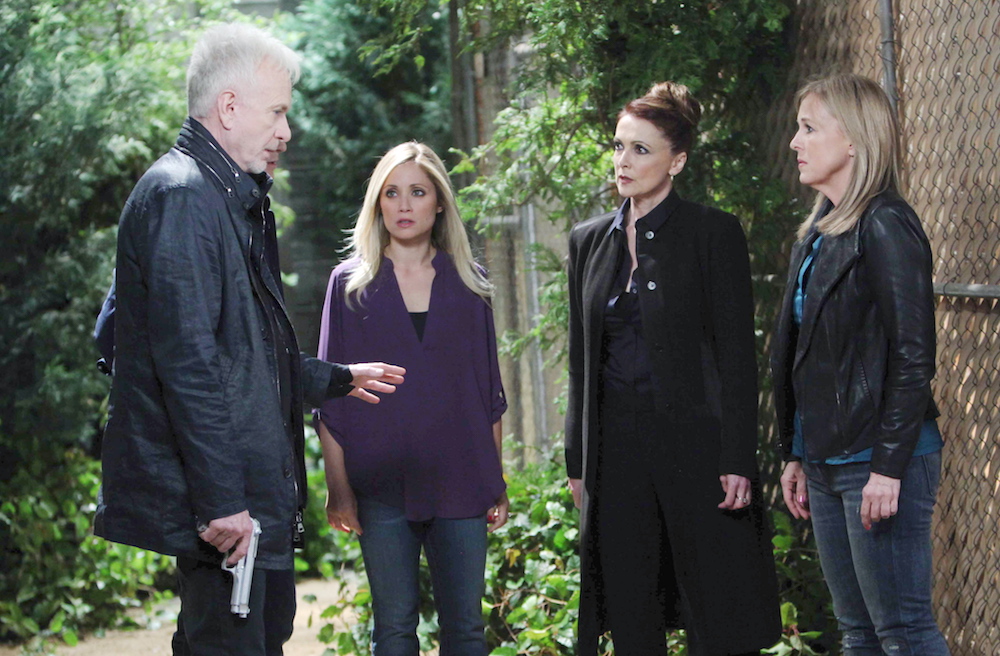 And the Bell’s palsy also didn’t affect her return to the United Kingdom soap opera Doctors, where she will be reprising her role of Amanda which she played back in 2005. “Don’t worry,” she assured her fans. “It didn’t start until after I’d finished filming.” Phew! “Thank you so much for your good wishes, supportive words, and helpful tips,” she added. “I’m definitely on the mend and what will be will be. There are bigger things to worry about than a wonky smile!”

We love that she’s maintained her sense of humor and positive outlook, and hope she’s feeling better very soon!

Kimberly McCullough Is Back at the GH Studio