The headlines at Wimbledon this year were all about Kate Middleton and Meghan Markle’s first ever public friends date, so we don’t blame you for missing the tribute Meghan wore to her husband, Prince Harry. What was so special about her Ralph Lauren striped button-up and flared white pants? It was actually a subtle nod to how she and her husband first met.

Meghan Markle attended Wimbledon back in 2016 as a guest of the fashion designer Ralph Lauren. At some point, she became friends with Violet von Westenholz, who works for the brand’s PR department. It just so happens that von Westenholz is a childhood friend of Prince Harry — and she reportedly set up her two friends on a blind date. 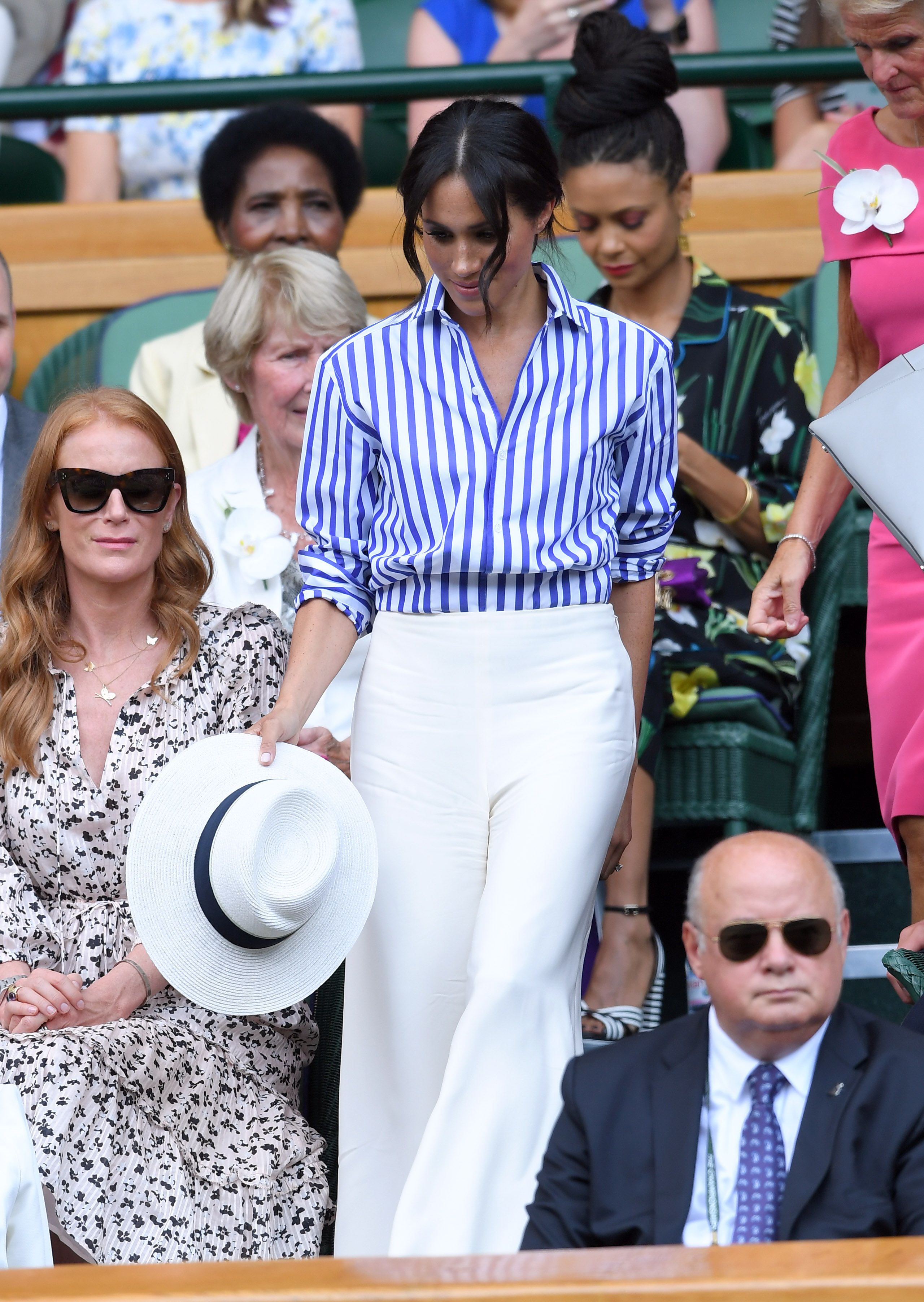 “Harry was having a really hard time finding anyone,” a source told E! at the time. “It was something he had confided in his closest friends about; he was ready to meet someone but it was so hard to actually find the right person.”

Neither Meghan nor Harry have named the identity of their matchmaker, but one thing’s for sure: Whoever set them up obviously got it right. Meghan did confirm that before the date she had no idea she was meeting Prince Harry. “It was definitely a set-up. It was a blind date,” she said in the couple’s first interview after announcing their engagement. “I didn’t know much about him and so the only thing I had asked her when she said she wanted to set us up was, I had one question, I said ‘Was he nice?'” Of course, Prince Harry proved himself to be more than just nice and roughly two years later he and his beloved tied the knot. 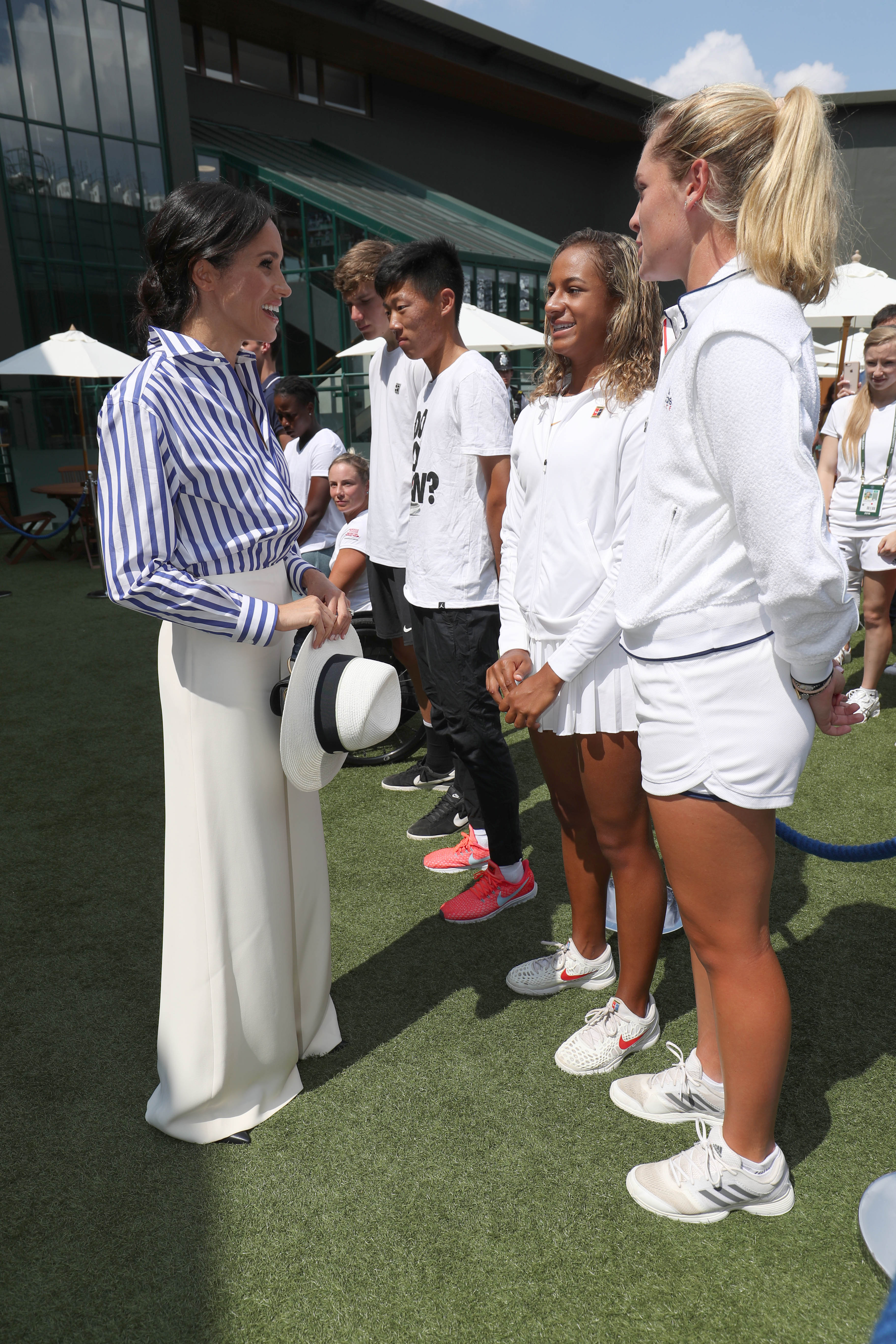 Though Prince Harry wasn’t on hand to watch the big tennis event with his wife, the Duchess of Cambridge kept her sister-in-law company. The two were spotted laughing and whispering to each other, proving there is no bad blood between these royal relatives. 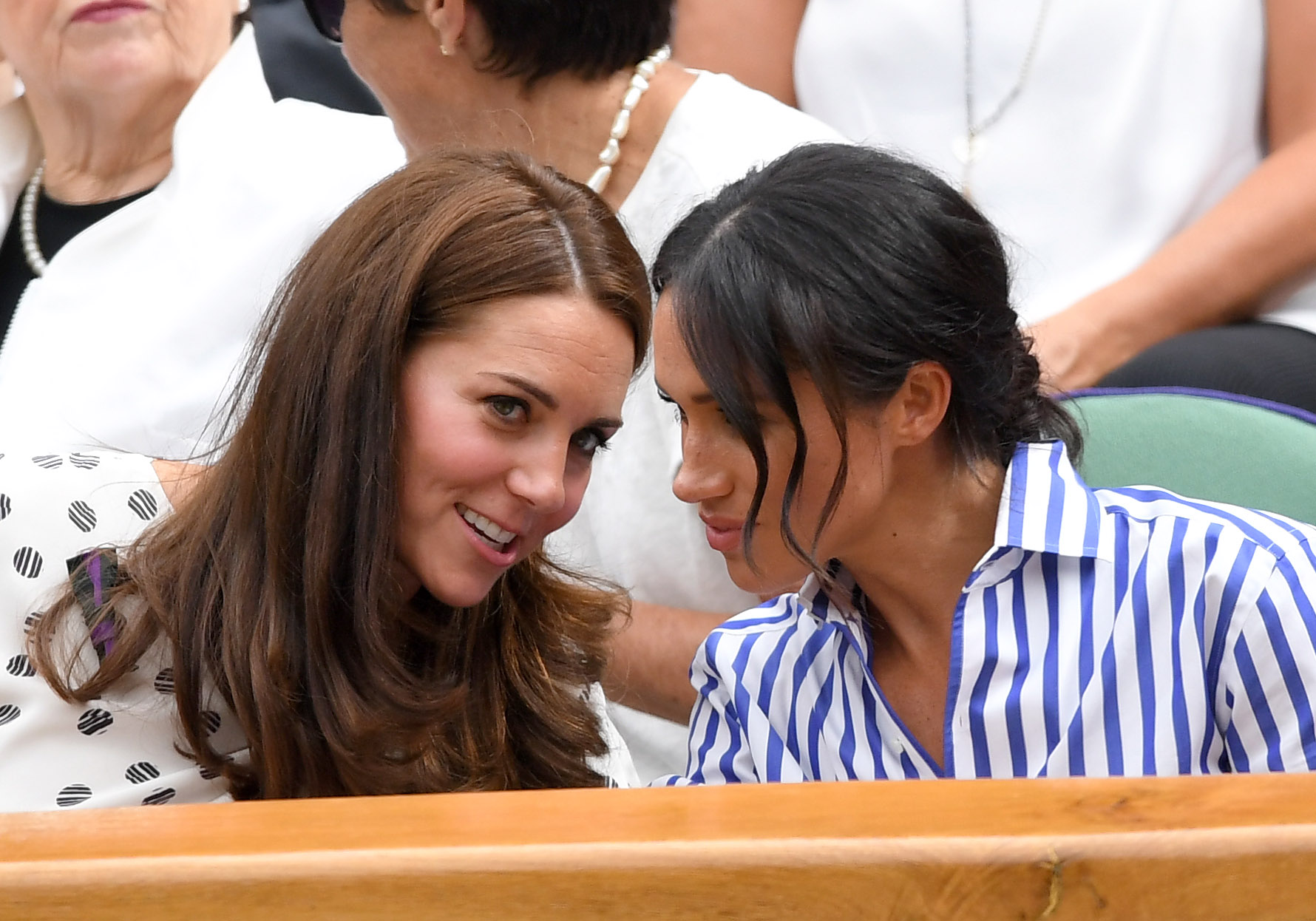 The Duchess of Sussex is known for making hidden statements with her outfits, so we’re sure to see more of them honoring her husband. Judging by their royal-protocol-breaking PDA, these lovebirds will continue to show their love for each other to the world — even with their clothes.