You may know Kate Mulgrew today for her Emmy-nominated role of Red in Netflix’s Orange is the New Black, and she is well-deserving of the acclaim that was being showered on her. In fact, it was only the latest achievement of a career that may have begun inauspiciously in a TV spin-off no one asked for, Mrs. Columbo (later retitled Kate Loves a Mystery), but in 1995 Kate was breaking barriers by being cast as Capt. Kathryn Janeway on the TV series Star Trek: Voyager. As such, she was the first female captain in the franchise’s then near-30 year history. It may not seem important now, but then it was tremendously so. 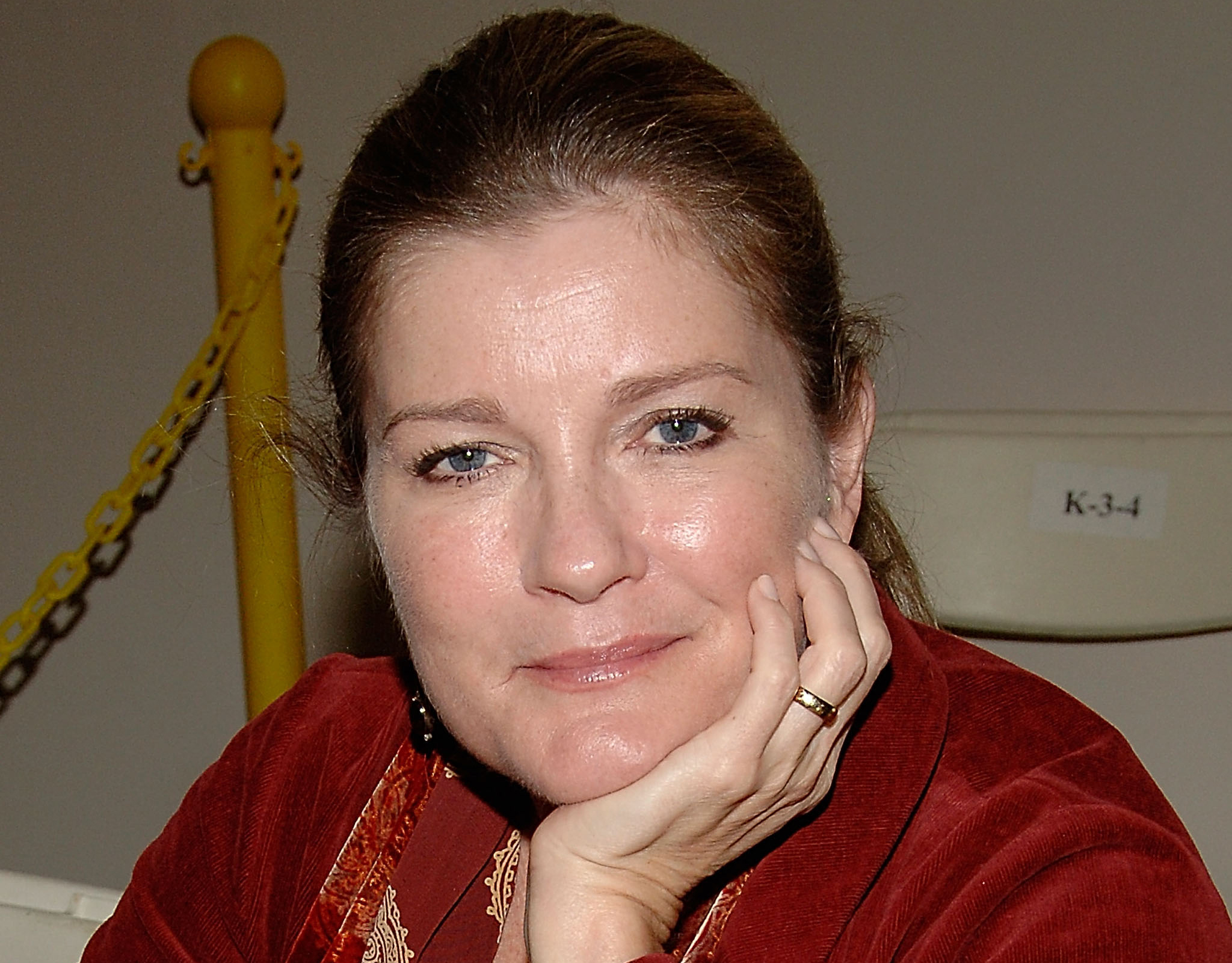 At the time I’d been Senior Editor at a magazine called Cinescape, and Star Trek in all of its forms was one of my beats. As such, I interviewed Kate a number of times for the magazine, first on her casting, and then during the show’s first few seasons. And while the show itself didn’t blow me away, I was stunned by what an ambassador of goodwill she was, the unflagging enthusiasm she conveyed whenever met with the fact that she was an inspiration to a generation of young girls. One could understand how exciting that could be.

In the fourth season, the muckity-mucks decided that the show needed a ratings boost; they wanted to go after the young male demographic and to do so thought Voyager needed more sex appeal. To that end they created a character known as Seven of Nine (not to bore you with the tech, but she was assimilated into a machine race known as the Borg, was rescued by Janeway, and had to re-acclimate to her own humanity). Actress Jeri Ryan was cast in the role, dressed in an outfit that looked like it had been painted on, and the number crunchers proved themselves right. I was on the set of the series shortly before Jeri made her debut and I sat with her for an interview and knew right then and there that Star Trek truly was about to go where it hadn’t gone before. 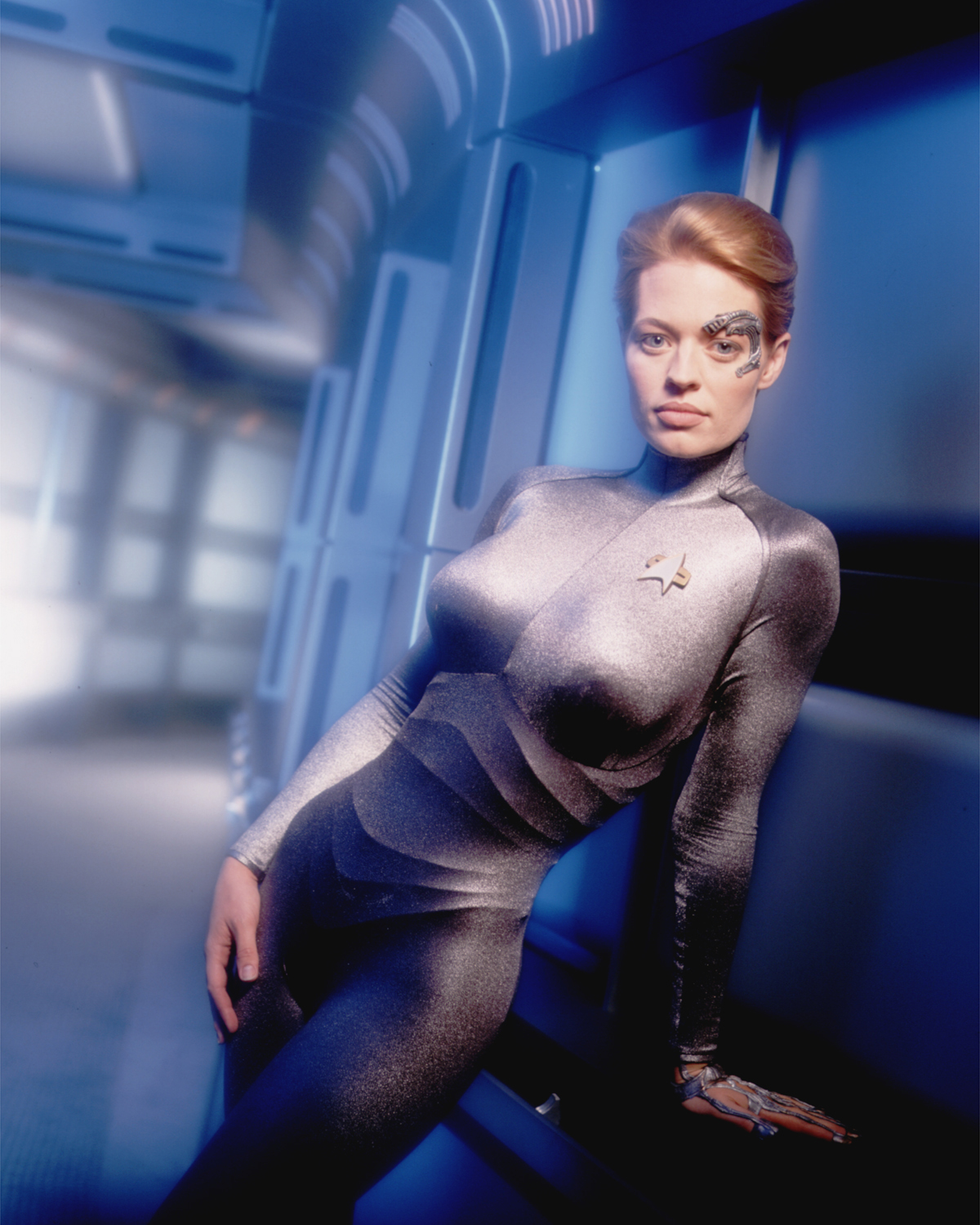 So Seven of Nine makes her debut, and the ratings go through the roof. There are posters of Jeri Ryan selling like crazy, the actress is on the cover of virtually every magazine you could think of, and the media — as it’s wont to do — was all about the shiny new object, somehow leaving Kate in the dust. And it hurt. Not that you’d ever know it from the outside looking in. She sang the praises of her new co-star, talked about the virtues of Star Trek, and Janeway’s continuing evolution, but something had definitely changed.

Personally, for about 20 years I hadn’t realized how big a change there had been. Flash forward to 2015, and my co-author Mark A. Altman and I were writing a two-volume oral history of Star Trek called The Fifty-Year Mission, which we hoped would be (and hopefully is) the definitive behind the scenes history of the franchise. For that book we spoke to Voyager executive producer Rick Berman, who commented on that situation, “Kate was sort of the Queen of Star Trek at that point. She hung out with astronauts, she hung out with Hillary Clinton, and she was the spokesman for women in leadership roles, and for a lot of things. All of a sudden, this busty, gorgeous, blond babe appears who took away everybody’s breath. I literally once remember some press being on the stage and just sort of pushing by Kate to get to Jeri. So there was a little antagonism that existed right through to the end of the show with those two ladies.” 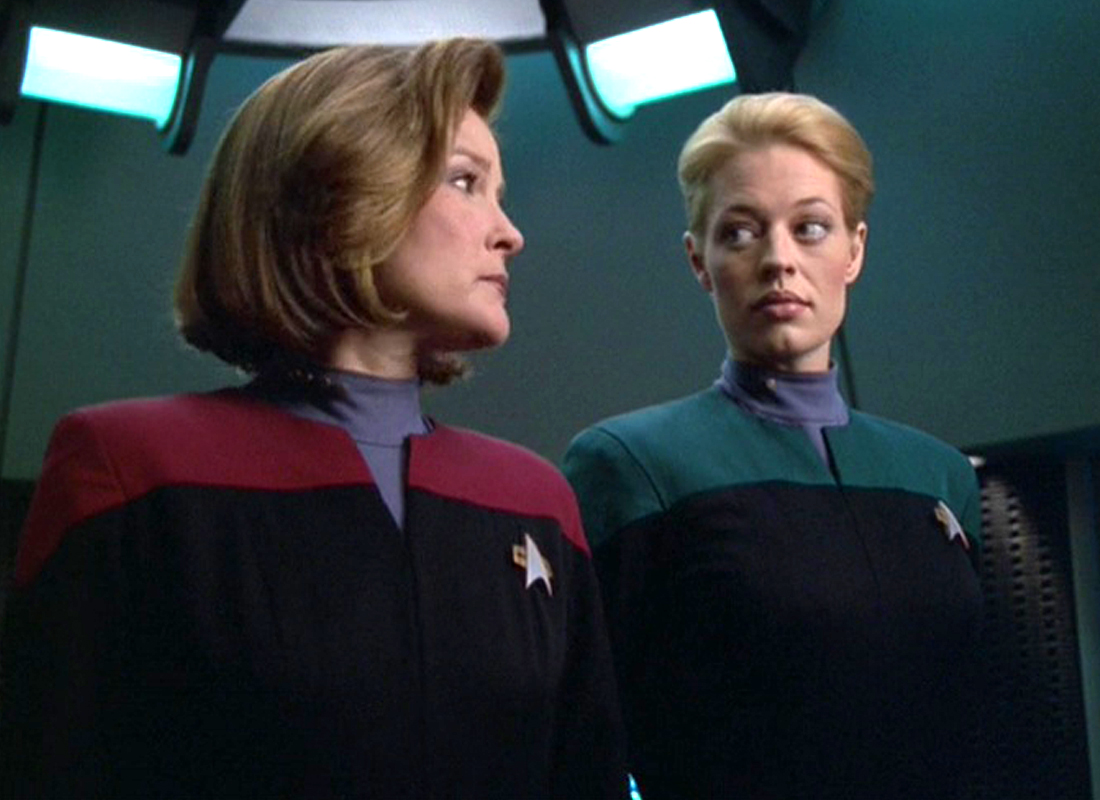 That sounded odd to us, but as we continued to do interviews, it was a theme that began being repeated. We reached out a number of times to speak to Kate, but our requests were pretty much met with silence. Her co-stars, however, weren’t silent. Garrett Wang, who played Operations Officer Harry Kim, told us, “Seasons one through three, Kate did every bit of amazing PR that was out there. She was on the cover of Entertainment Weekly, she was interviewed by Bill Maher and Jon Stewart. But the minute Jeri Ryan came in, all the thunder went to her. In the beginning, Kate’s anger was not directed toward Jeri Ryan, it was directed toward the character of Seven of Nine. She was the female captain, and now you bring in this borderline T-and-A character. When the writers/producers said no [about getting rid of her], she kept complaining. Finally her anger was turned toward the actress playing the character, Jeri Ryan. That’s when it became horrible.”

“At one point, Kate pulled the line producer aside and said, ‘Jeri Ryan is not allowed to use the bathroom unless she uses it before work or after work, but not during work,” another castmate added. “It takes too much time to get her in and out of that suit. It’s wasting time.’ Okay, so you’re trying to tell another human being that they’re not allowed to urinate? She’s just got to hold it? Are you kidding me? Obviously it didn’t happen; they didn’t honor that request.” 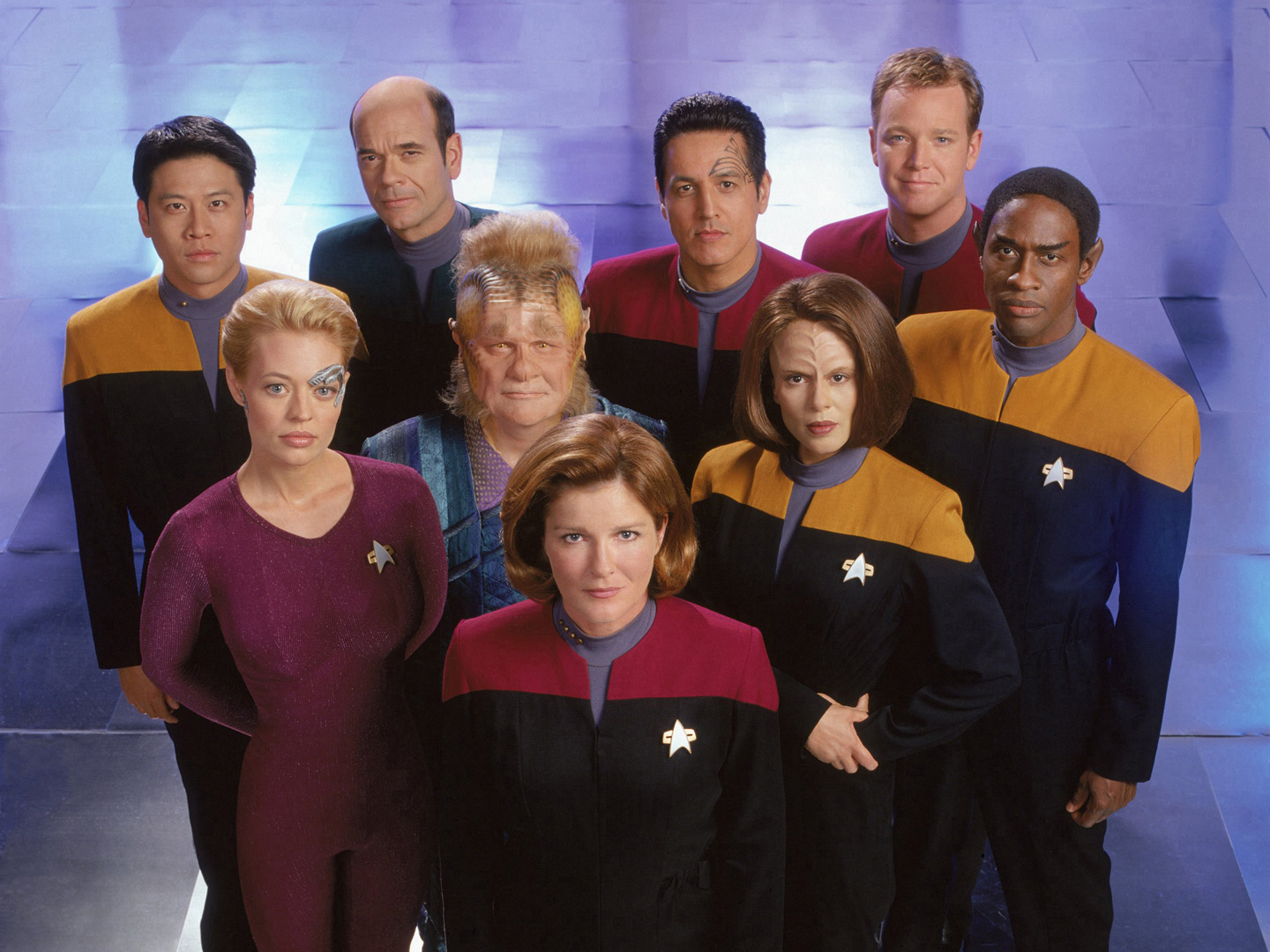 Robert Beltran, who played first officer Chakotay, commented, “The crew was uncomfortable, the actors were uncomfortable, and there was no reason for it. During filming it could go very beyond what I would have tolerated. If it had been the other way where it was me being insulted and Kate was a man, I probably would have taken a swipe at the guy. But that’s me.”

But then there’s Jeri Ryan, who admitted to me, “The situation with Kate was very… difficult. It was not a fun work experience, particularly the first season. It was very difficult. I completely understand why. I get it, believe me, but it was very difficult. I had mornings, that first season especially, where I’d be nauseous before I went to work that morning, because I was so stressed. The second season wasn’t a whole lot easier…Overall, this was not my favorite work experience for that reason.” 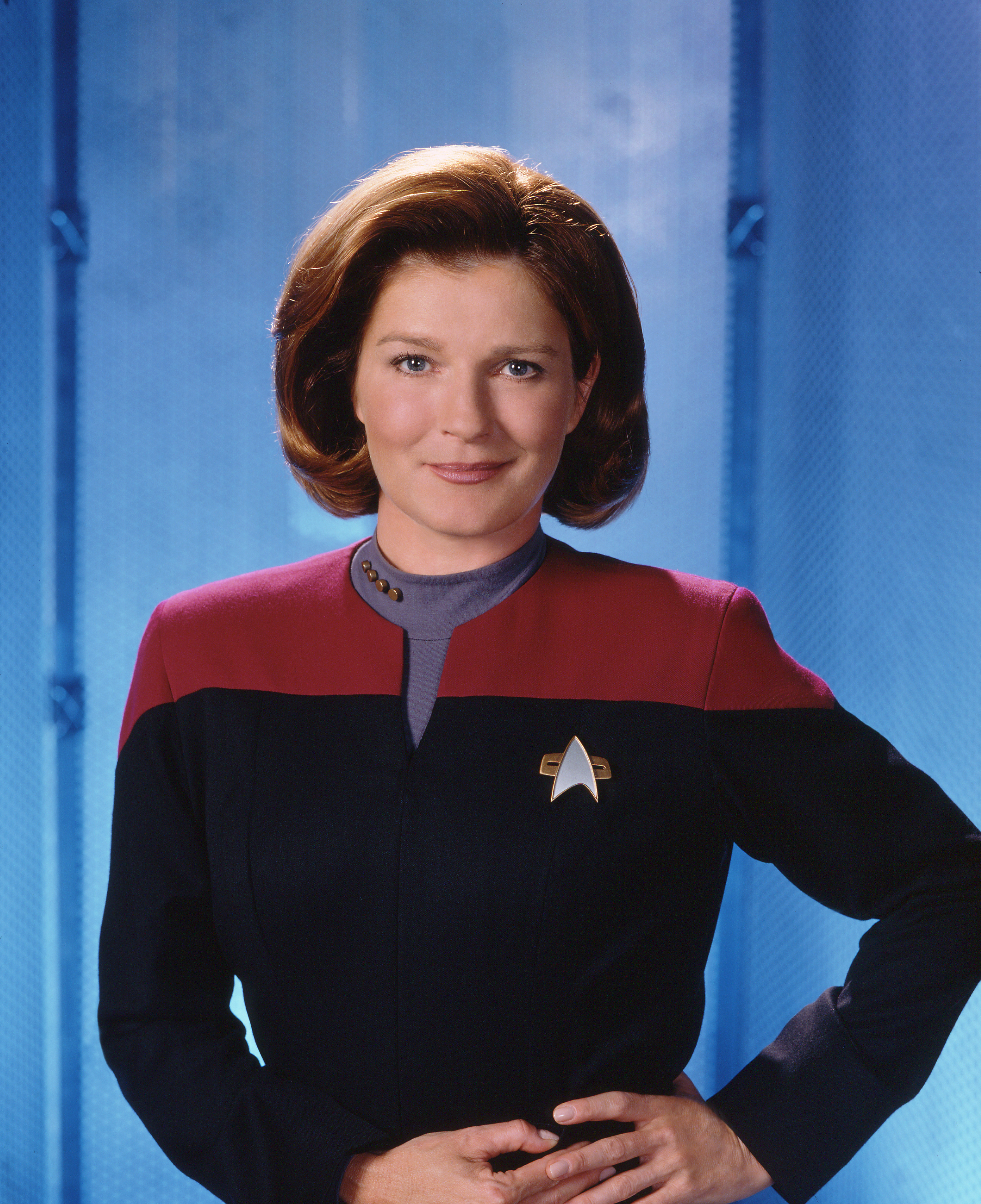 Well. That (and what was not reported above) was a hell of a lot of “ammunition” if the intent was to go after somebody. It wasn’t. In my career I’ve never targeted anyone and have tried my best to be fair. I’ve always felt it was an honor to be able to do what I do, and never wanted to tarnish that. So we had to again try to get Kate’s side of things. We wrote. Nothing. We wrote again. Nothing. Finally I wrote her people, commenting that we were handing in the manuscript soon, and would really like to speak to Kate, casually mentioning for the first time who we had spoken to. Damn if we didn’t get a response. In fact, it was to be a lunch meeting between Kate and myself in Manhattan on March 19, 2015.

And I’d be lying if I said it wasn’t a wonderful lunch and interview. Kate was friendly and forthcoming, enthusiastic over the impact she made as Janeway, reflecting on her time on the bridge, what it was like to say goodbye when it was over, and more. And then I mentioned that there was still something I had to bring up, which I took no pleasure in doing. She must have known what it was going to be, because she wasn’t really smiling anymore, but was suggesting I “just say it.” So I did. I mentioned that her co-stars had been critical of her behavior where Jeri Ryan was concerned, that there was tremendous tension on the set and so on. It was, unfortunately, going to be a “gossipy” part of the book, and if Kate was in a defensive mood, it was going to get worse.

She wasn’t. In fact, in the moments that followed, Kate Mulgrew had completely turned the narrative and gone from perceived Starfleet villainess to someone worthy of sitting in the captain’s chair (not to get too geeky on you, but anyone who knows me recognizes it doesn’t take much). 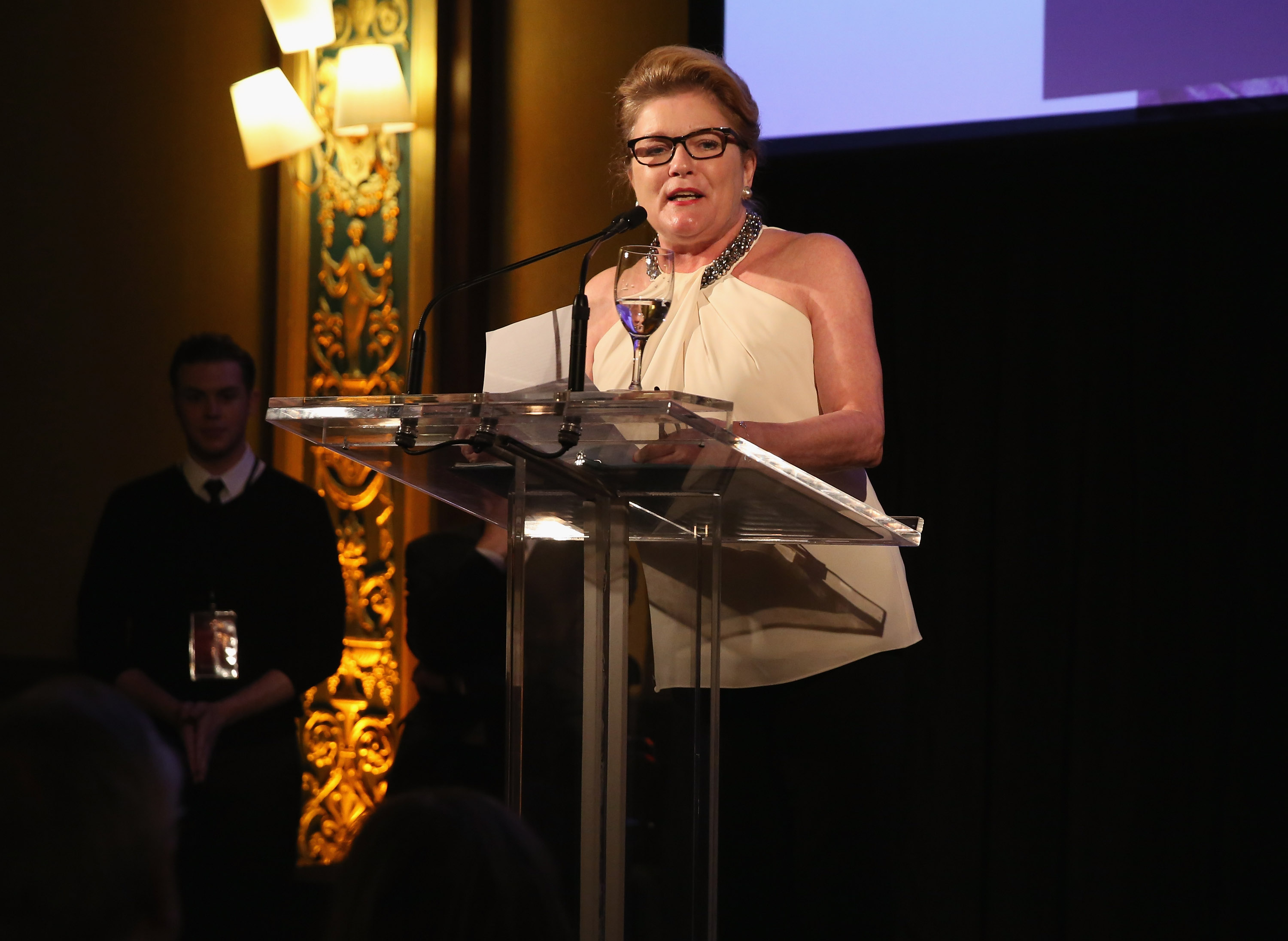 “Let’s be very straight about something,” said Kate matter of factly “This is on me, not Jeri. She came in and did what she was asked to do. No question about that, and she did it very well. It’s on me, because I’d hoped against hope that Janeway would be sufficient. That we didn’t have to bring a beautiful, sexy girl in. That somehow the power of my command, the vicissitudes of my talent would be sufficient unto the day, because this would really change television, right? That’s what dug me the hardest, that to pick up the numbers they did that… That was my interpretation of it. And that hurt me. I found it sort of insulting. And, of course, she embodied the part, this beautiful girl. But we certainly were utterly professional. I had been nothing short of completely professional, and she did her job. Very well! It was a very good idea that she was half Borg, but it’s on me. I’m sorry it has to be part of this legacy, and I probably should have comported myself better. I should have been more philosophical about it, but in the moment it was difficult.”

Probably not as difficult as facing up to that controversy publicly in a way she hadn’t done so before, but I couldn’t have felt more respect for her. Mission accomplished, I began the trek back home. We had a book to finish.

The Golden Girls Weren’t the Only Sitcom Stars With an Adorable Abode — See the Most Iconic TV Living Rooms!

12 Classic Stars Who Were Younger Than The Roles They Played