For 10 years starting in 1977, everyone was famous for 15 minutes… on The Love Boat. Even Andy Warhol, who’d made that famous prediction, cruised onto ABC’s hit show in 1985. “I remember him walking in with his models spraying Halston perfume before he took a step,” Jill Whelan, who played the captain’s daughter, Vicki Stubing, exclusively told Closer Weekly. “He was all about the drama — it was a huge deal.”

So was The Love Boat, a frothy concoction that brought a wild mix of classic Hollywood stars and up-and-coming celebs on board the Pacific Princess in search of romance. “We had over 1,000 guests — from Gene Kelly and Lana Turner to Ricky Martin and Tom Hanks,” Jill recalled. “I danced with Ginger Rogers and became pen pals with Ethel Merman.” But it was the lovable crew, led by Merrill Stubing (Gavin MacLeod), that kept fans coming back. “It was the perfect fit for me,” Gavin, 86, told Closer. “The critics said it was going to be a sinking ship, but not only were we a hit, we also gave a kick-start to the cruise industry.” 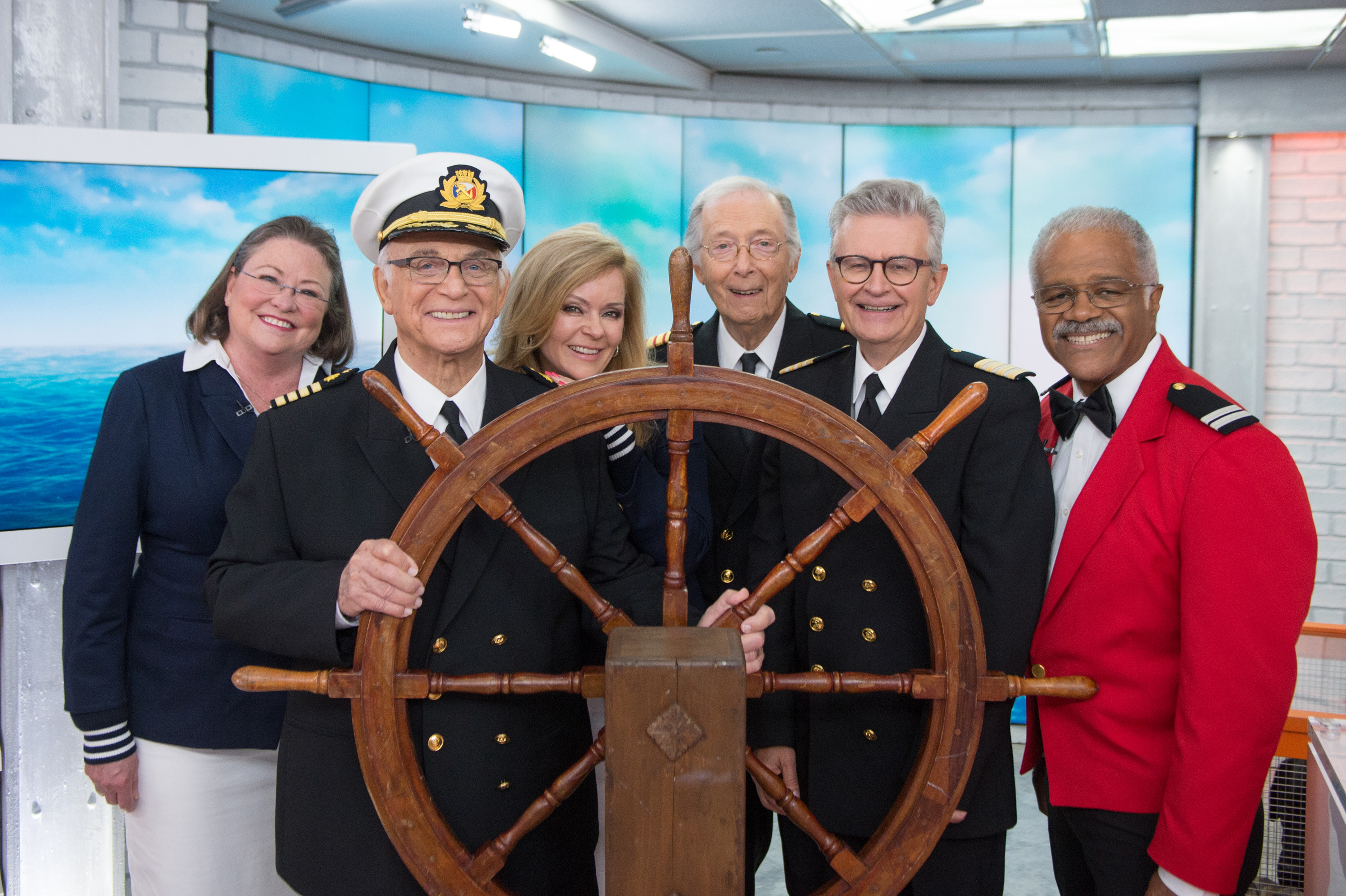 His co-stars have equally fond memories. “We still have that same chemistry,” Ted Lange (bartender Isaac Washington), 69, raved of his castmates. Fred Grandy (purser “Gopher” Smith), 69, parlayed his Love Boat fame into four terms as a congressman. “I won because this show gave me the name recognition to get people interested,” he said. And Lauren Tewes (cruise director Julie McCoy), 64, who was written off the show in 1984 after battling a cocaine addiction, looks back on her Love Boat days with affection. “I got to see the world,” she told Closer. “And I got to go to the best acting school anyone could ask for.”

For Bernie Kopell, who played Dr. Adam Bricker, “The Love Boat changed my life,” he shared with Closer. “It was particularly dramatic for me because I had been in the Navy as an ordinary seaman — you were treated like you were there to work, and socializing wasn’t a factor.” After the show became a hit, “I could afford things I could never afford before,” said Bernie, 84. “It is forever special in my heart.”

Fans feel the same way to this day. “I get letters all the time that say, ‘We would watch this show with Grandma and Grandpa and have our cookies and ice cream,’” he reported. “It was just a clean, sweet show and nobody ever got hurt. People liked it because it had happy endings.” Added Fred, “I don’t think you can find shows like The Love Boat anymore.”

Since the series sailed off the air in 1987, the cast has kept in touch, gathering for reunions — sometimes on board cruise ships. “The majority of milestones in my life were celebrated on a Princess Cruise,” said Jill, 51. “My 16th birthday, my son’s graduation and my second marriage were all celebrated on cruises.” Before that, “my first kiss was on The Love Boat,” Jill revealed. “But I never had great love interests on the show — Julie always got the good ones.” 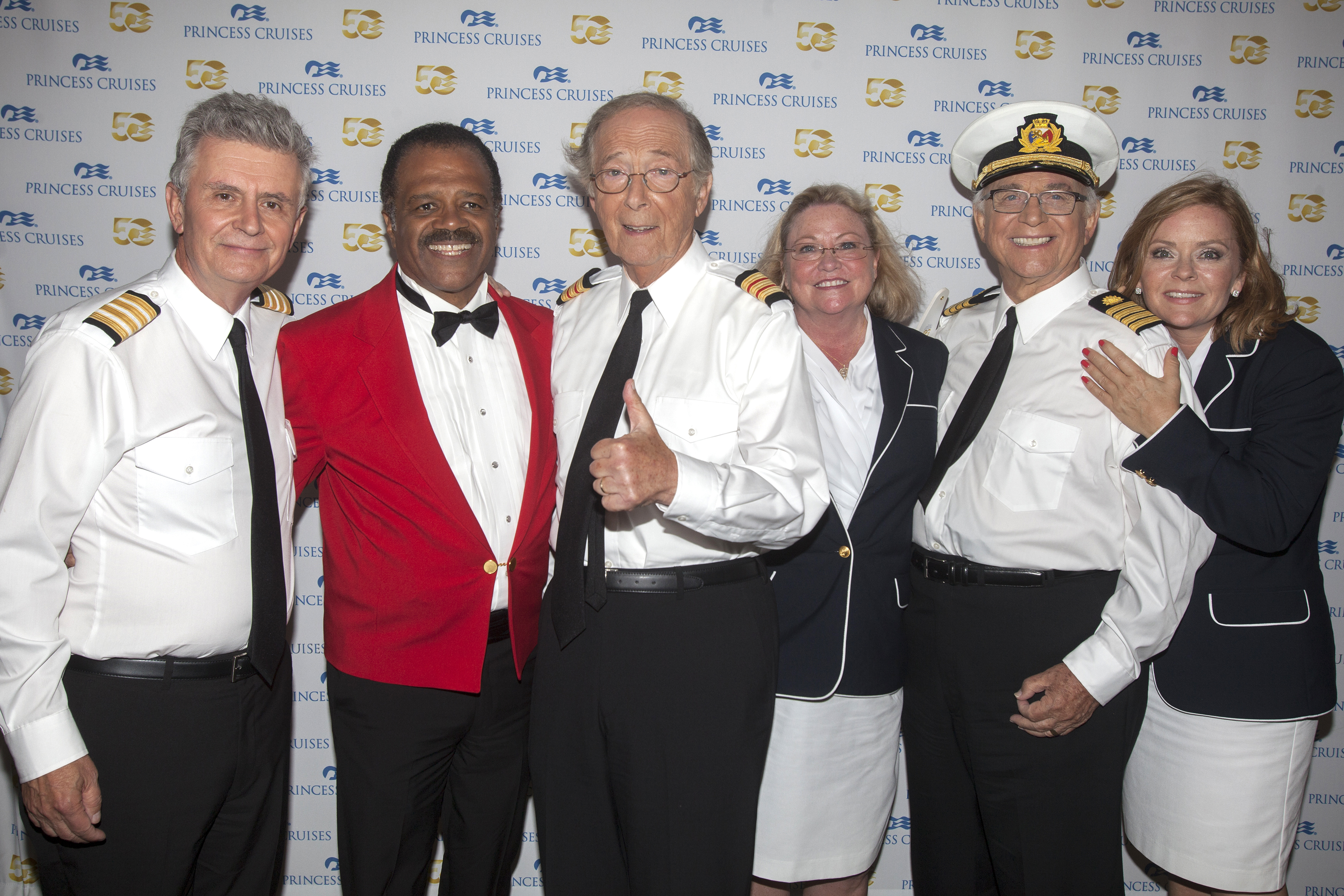 The show’s stars all have one thing in common: They had no clue that 40 years later, people would still adore The Love Boat. “I’m so grateful for that — I had no idea at the time it would turn into something that would be so universal and so gigantic,” Bernie said. “It was a job, but it really wasn’t just a job when I look back on it. It was a paid vacation. It changed my life for the better.”