Since she’s officially been brought into the Windsor fold, Meghan Markle has carved out an immediately recognizable royal style niche. She’s forged a strong relationship with Givenchy’s creative director Clare Waight Keller, who took on this year’s most coveted fashion assignment when Meghan requested that she design her wedding dress. Following the wedding, the duchess has tended towards neutral tones and clean, simple shapes, the most striking of which have had one feature in common: a squared off neckline, commonly known as a boat or bateau neck.

Meghan was first photographed wearing this style back in January, when she wore a boxy checked jacket by Theory for an official trip to Wales, but it was the simple neckline on the dress she wore down the aisle that really piqued our interest. Pinpointing its timeless appeal in the notes that accompanied her sketches, Waight Keller wrote that the style “gracefully frames the shoulders and emphasizes the slender sculpted waist,” making it almost universally flattering. In the weeks after the royal wedding, fashion platform Lyst estimated that searches for “boat neck” had shot up by 52 percent. Additionally, eBay has reported a massive 830 percent increase in demand from November to June of this year. 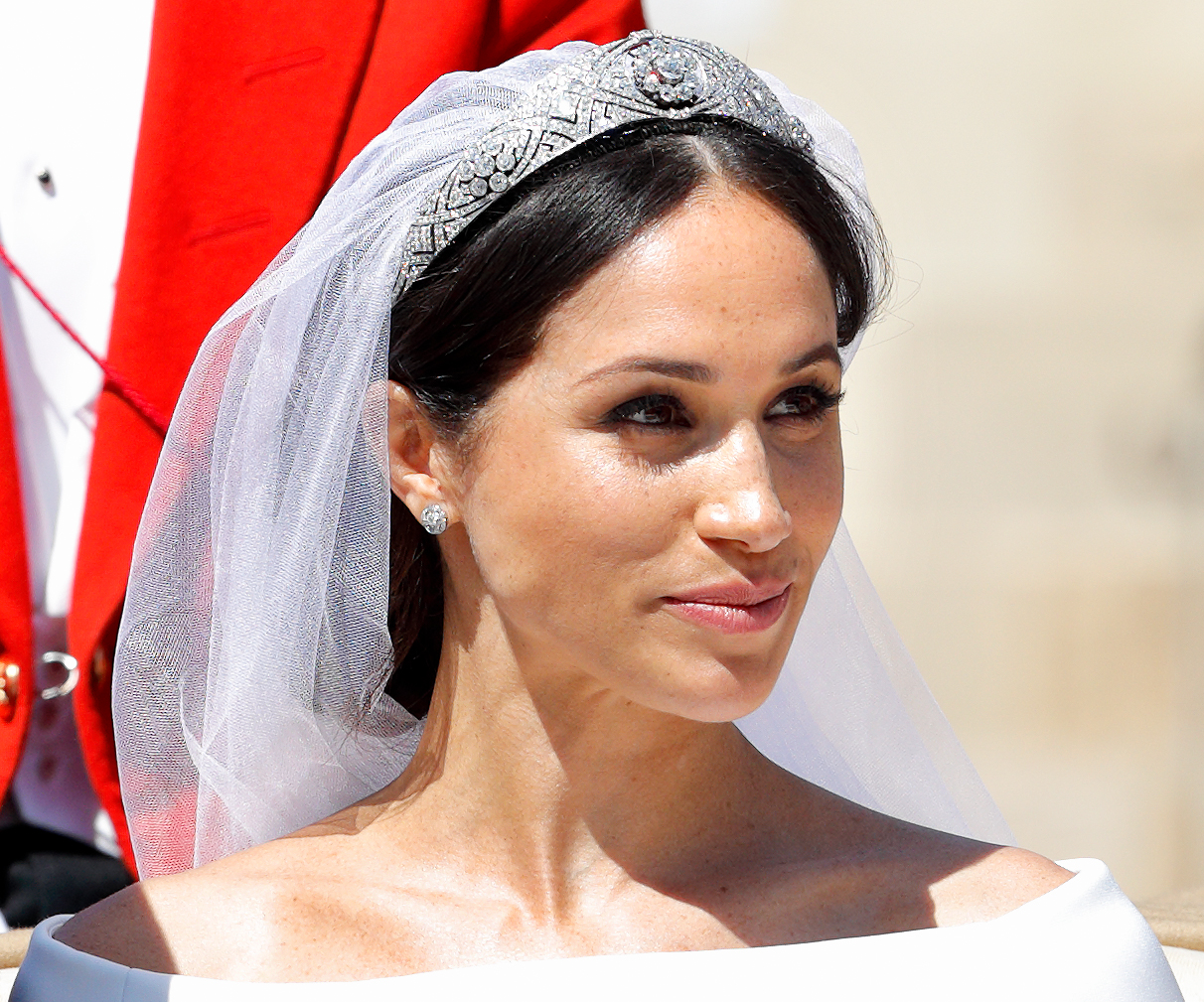 This snowballing demand has since been helped along by a flurry of similar outfits from the duchess. Earlier this month, there was the buttoned Prada ensemble that garnered comparisons with Princess Diana’s powder-pink suit and the sunshine-yellow Brandon Maxwell shift. In this week alone, Meghan has worn this silhouette three times: a Ralph Lauren dress in khaki green, worn for Prince Louis’ christening, a custom Dior dress inspired by the New Look of the ’50s for the RAF centenary, and a grey design by her friend, Roland Mouret.

The boat neck certainly seems to be the latest beneficiary of the duchess’s sartorial golden touch, also known as the “Meghan Effect,” but the royal is not the first star to popularize this style; credit for that lies with bona fide fashion icon Audrey Hepburn. Though the neckline can be traced back to Coco Chanel, who featured it in her nautically-inspired collections of the ’30s, it was later taken up by another now-iconic French designer, Hubert de Givenchy. One of film and fashion’s most enduring partnerships began when Hepburn, ahead of production on Sabrina, decided that her character would need a “real” Parisian wardrobe if her Cinderella-esque transformation was to be believed. Her studio demurred, and (after initially being turned down by Balenciaga, too busy in the run up to his latest presentation) the actress ended up at Givenchy’s atelier. He, too, was preoccupied with an impending show, but did allow the young star to pick out a couple of samples from past collections. One such piece was a little black dress with a squared neckline and ribbon straps, which was eventually immortalized as part of Sabrina’s on-screen wardrobe. Women clamored for similar styles; Hepburn went on to wear boat-necked Givenchy to accept her Oscar for Roman Holiday, and famously modeled a bateau wedding dress (sound familiar?) in Funny Face. 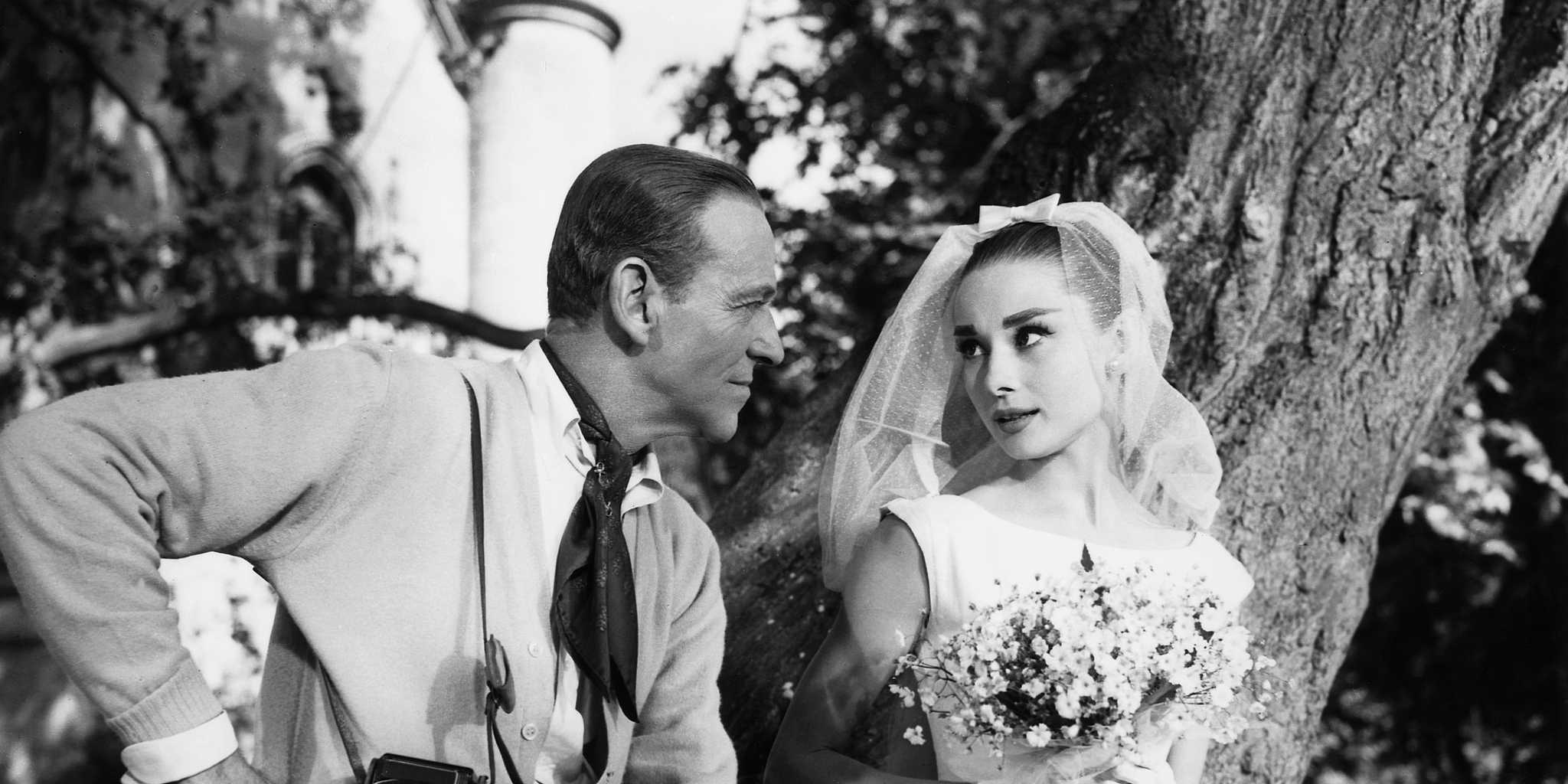 As an actress who left Hollywood to marry a prince, Grace Kelly would be the obvious old Hollywood reference point for Meghan, but it seems that she has instead adopted Hepburn as her unofficial style muse. When dressing for royal events, it’s only sensible to gravitate toward fuss-free, classic shapes that will photograph well and withstand the test of time; as an endlessly photogenic symbol of timeless chic, Audrey Hepburn is peerless. Hepburn, too, could have a greater significance for Meghan: The actress focused on humanitarian efforts in her career’s second act, retaining her trendsetter status (and longstanding friendship with Givenchy) but never letting her wardrobe overshadow her charitable endeavors. Perhaps Meghan sees the star as more than just a style icon, but also as a role model.

This article was originally written by Katie Rosseinsky. For more, check out our sister site, Grazia.