It’s been a busy few days for Meghan Markle. On Wednesday, the future royal attended her first official Commonwealth event, swiftly followed up by a Women’s Empowerment reception the next evening. Next, she went to a Saturday morning reception to mark the start of preparations for this year’s Invictus Games in Sydney. Then, she watched special concert for the queen’s 92nd birthday at the Royal Albert Hall that same night. And just as Meghan hasn’t made a single fashion mistake in terms of dressing for the first three occasions — from her Altuzarra striped dress, to her classic ‘Jackie O’ little black dress, to her summery printed style by “it” label, Self-Portrait — her outfit for the birthday concert didn’t disappoint, either.

For her second official engagement with Queen Elizabeth, Markle opted for a regal cape dress in navy blue by Stella McCartney, paired with a distinctive zodiac clutch by Naeem Khan. Look a little closer at the gold acrylic clutch (which retails at $1,490) and, if you’re clued in with your star signs, you might notice that Meghan has chosen the design to match her own astrological sign. Born August 4, she is a Leo, and the embellishment on her clutch recreates that very constellation, using Swarovski crystals to mark out the stars. 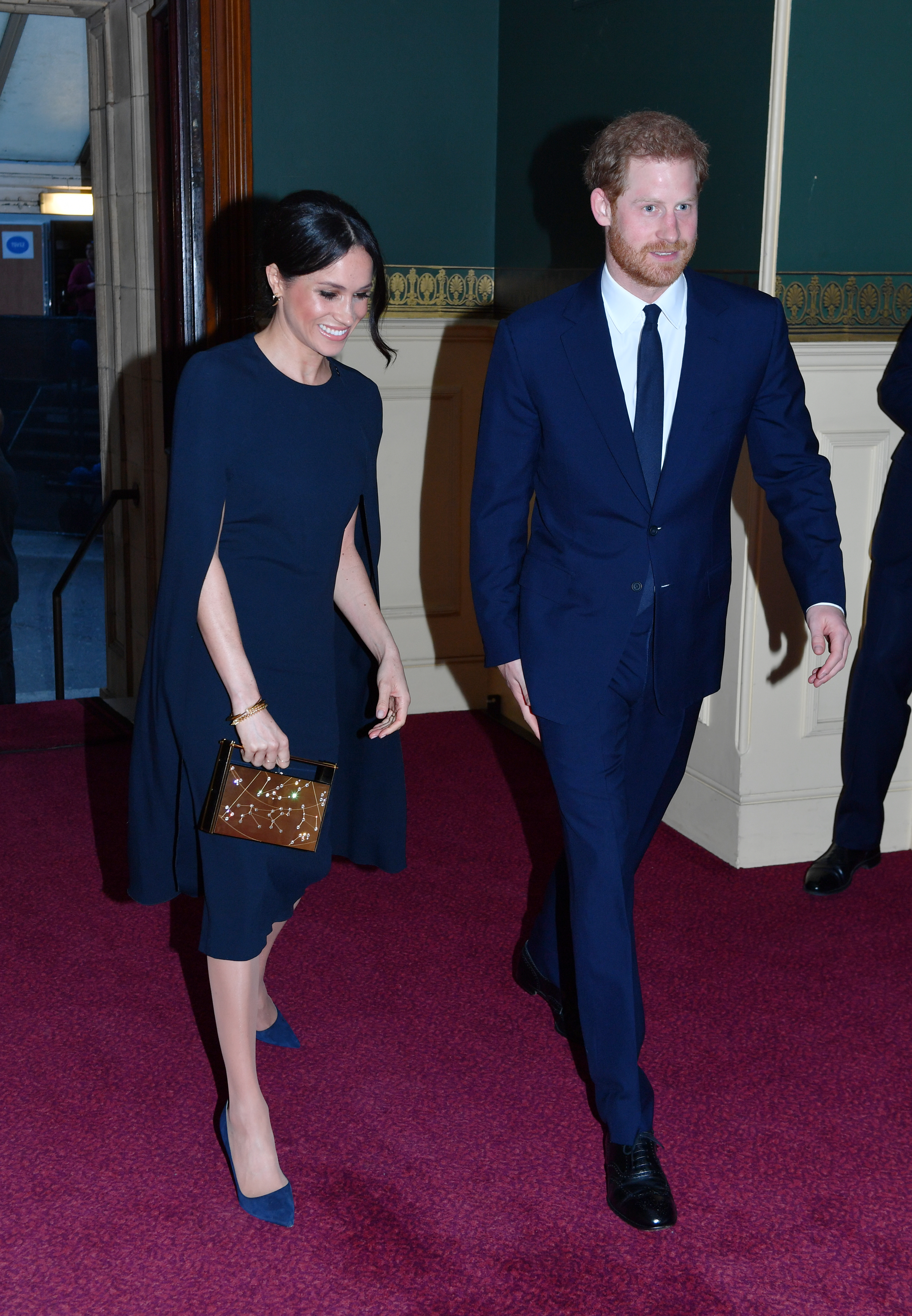 Stella McCartney’s cape dress is a sophisticated look that’s beloved by royals around the world: It’s been seen twice on Queen Letizia of Spain (who’s worn the style in bold red with asymmetric sleeving and a longer hem, as well as in a shorter khaki green style) and Queen Mathilde of Belgium.

Markle and her fiancé Prince Harry arrived at the Royal Albert Hall along with Prince William, who appeared to be playing third wheel to his brother for once (his wife, the Duchess of Cambridge, who gave birth a few days later, stayed at home).

Queen Elizabeth Celebrates Her Birthday With a Star-Studded Concert

What to Expect From Royal Baby No. 3, Based on His Star Sign