The audience of Hollywood A-listers fell silent as Oprah Winfrey, clad in an elegant black dress, took the stage at the 75th Golden Globes on Sunday, January 7 to accept the Cecil B. DeMille Award for lifetime achievement. Speaking from the heart, she reflected on her remarkable journey to become the first African-American woman to receive the honor. “The key to fulfillment, success, happiness, and contentment in life is when you align your personality with your soul,” Oprah exclusively told Closer Weekly backstage at the ceremony. “Do the work that comes from your soul.” For Oprah, that’s meant always trying “my best to say something about how we experience shame, how we love and how we rage, how we fail, how we retreat, persevere and how we overcome.” 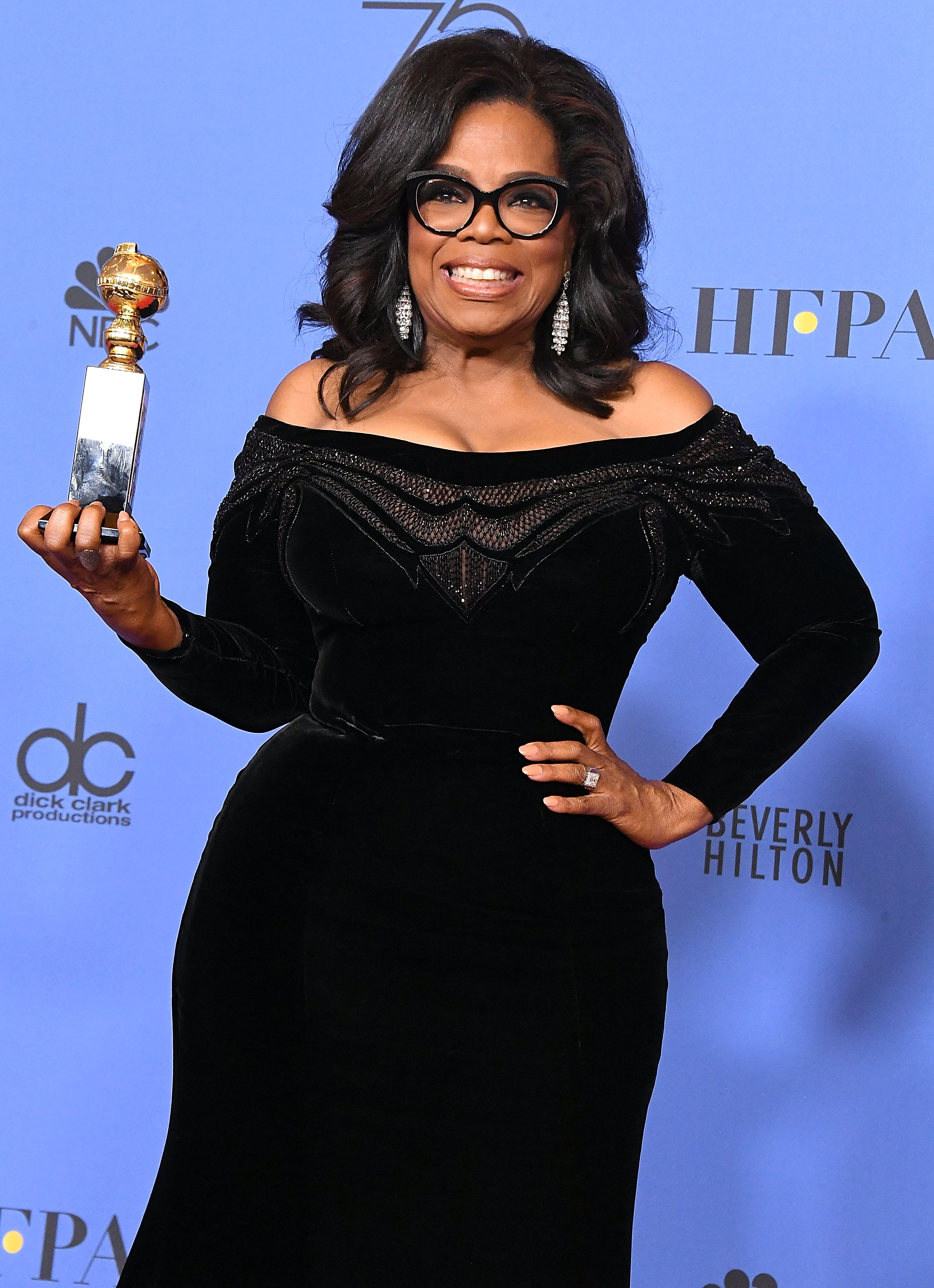 In her 63 years, Oprah has experienced it all. She survived an abusive childhood in inner-city Milwaukee, WI to become not just wildly successful, but also happy in her own skin. She did it by knowing herself and chasing the dreams that fueled her passion. Now she’s opening up about her long journey to enlightenment. “I’ve interviewed and portrayed people who’ve withstood some of the ugliest things life can throw at you,” says the star. “But the one quality all of them seem to [have in common] is an ability to maintain hope for a brighter morning, even during our darkest nights.”

This zeal for championing the underdog helped Oprah build an empire, starting with her legendary self-titled talk show, which ran from 1986 to 2011. “When I came home, [I was so tired] sometimes it was hard to even take off my clothes,” she confides, adding that although she may have felt exhausted, she was never “depleted” because she loved her job. “When you use your personality to serve [your soul’s purpose], you can’t help but be successful,” she says. 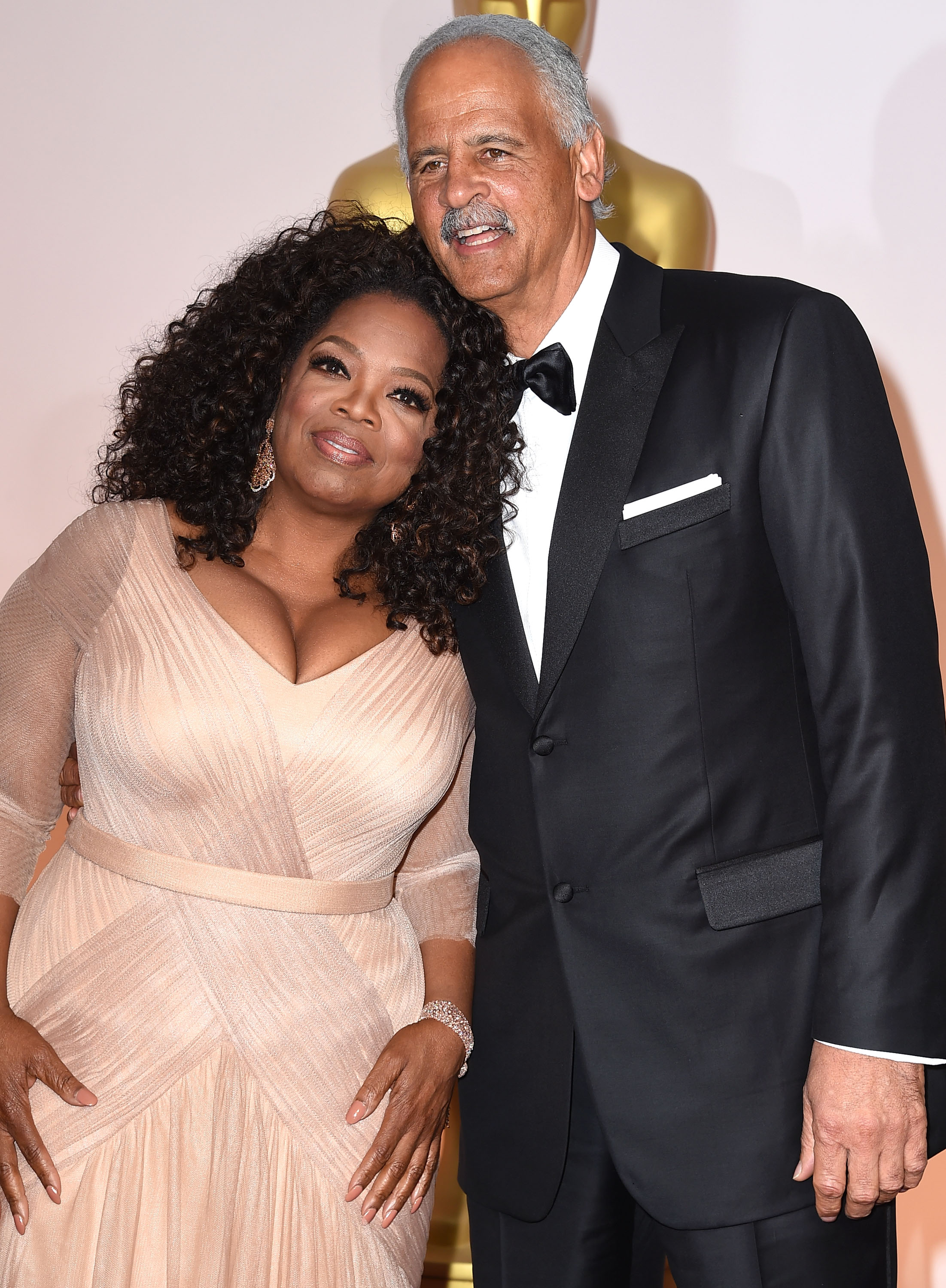 Of course, there can be obstacles, but Oprah credits author Maya Angelou with teaching her “the greatest lesson I’ve learned throughout my career,” she tells Closer. “After I’d known her for awhile, she said, ‘Babe, you need to know when people show you who they are, you believe them the first time.’” To that end, Oprah says she strives to “assess people by their actions — see who they are by how they behave.”

On an intimate level, Oprah finds happiness and trust in her loved ones: longtime boyfriend, Stedman Graham, 66, and best friend Gayle King, 63, both of whom cheered her on at the Golden Globes, which resulted in calls for her to run for president. No doubt her friends would stand by her should she decide to run, but “it’s up to the people,” Stedman says, adding, “She would absolutely do it!”

Oprah insists she’s not interested in public office, but going forward she plans to keep chasing projects that she loves. In March, she’ll star in A Wrinkle in Time, a film based on the beloved 1962 children’s book by Madeleine L’Engle. Whatever she chooses to do after that, it’s clear she will keep “working from the interior of myself,” she says. “That’s why I feel so authentic. When you do that, you’ll win.”

Oprah Winfrey Opened up About Her Proudest Big Sister Moment