He’s the possible future king of England who wants to be a police officer when he grows up. But before Prince George’s exciting next chapter, his parents are making sure they give him the most normal upbringing possible. Over the weekend, we got to see that normal childhood in action as Prince George hit the polo with his little sister Princess Charlotte, mom Kate Middleton, and cousins Isla and Savannah Phillips to cheer on Prince William at the Maserati Royal Charity Polo Trophy at the Beaufort Polo Club in Gloucestershire, United Kingdom. 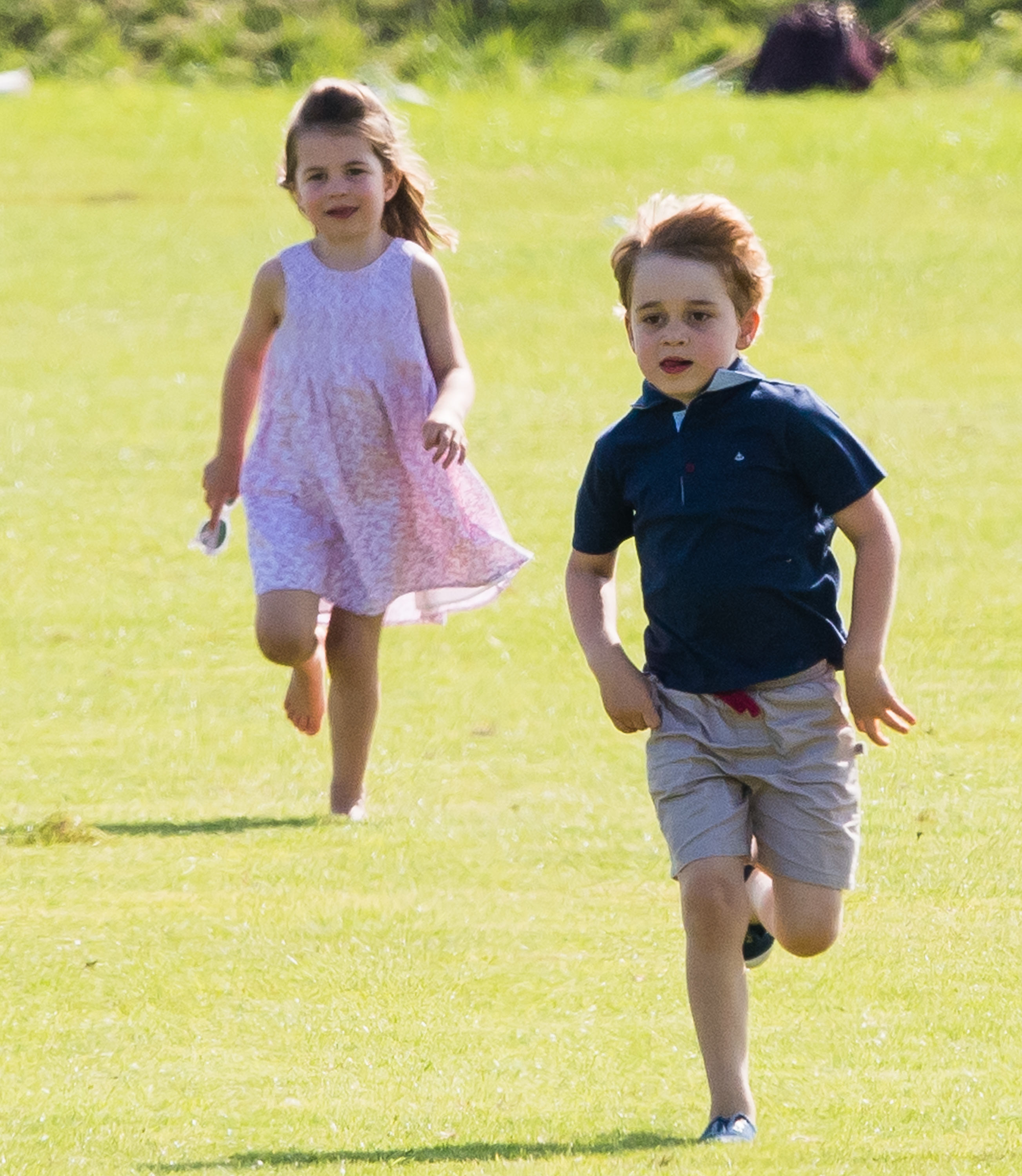 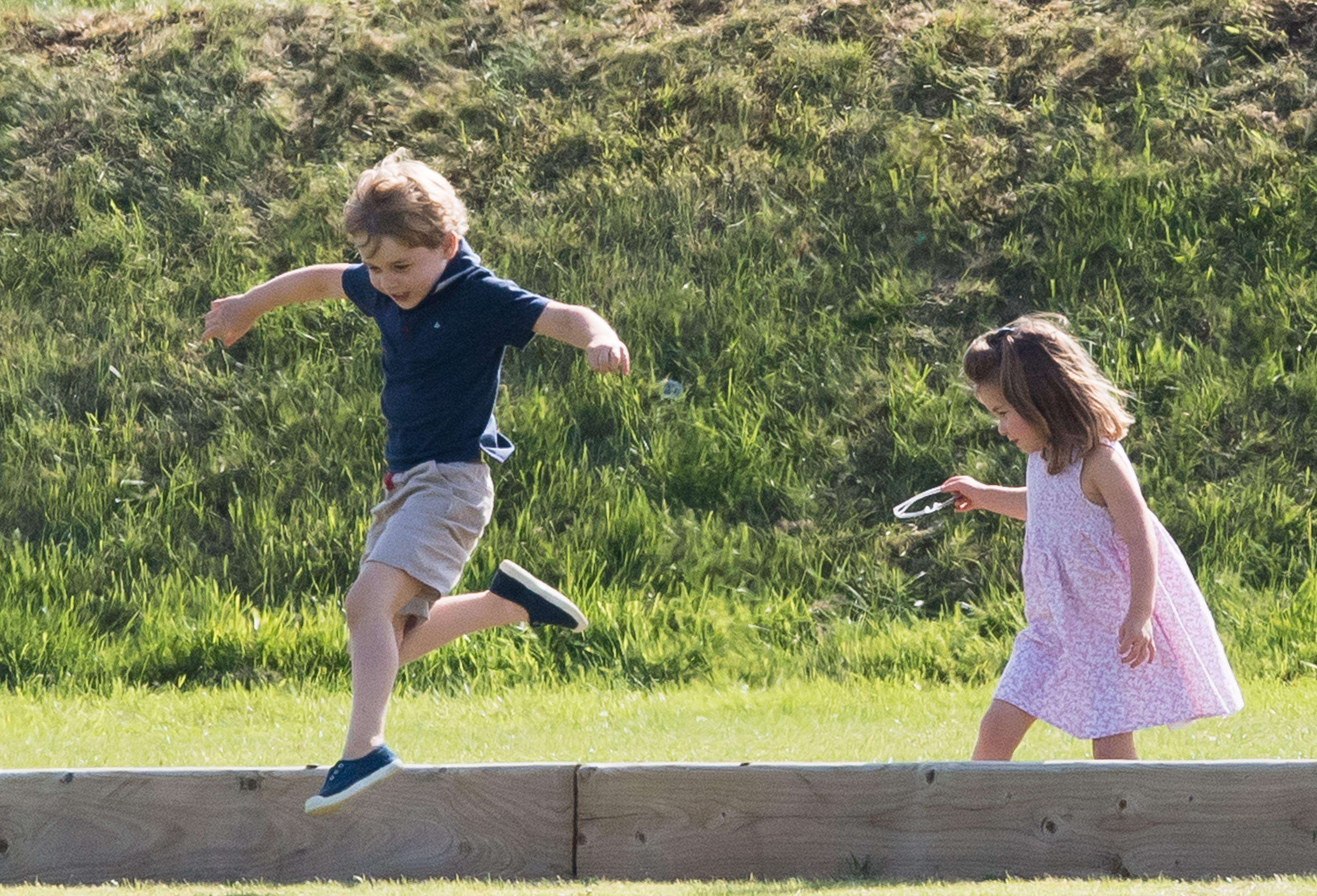 Fans have delighted in watching George and Charlotte play at the event like regular kids, and now, one of Prince George’s hidden talents has been revealed. Taking after his creative mom Kate, who has an art history degree, George was pictured at the event holding onto one of his drawings — and we have to say that the royal tot has skills. 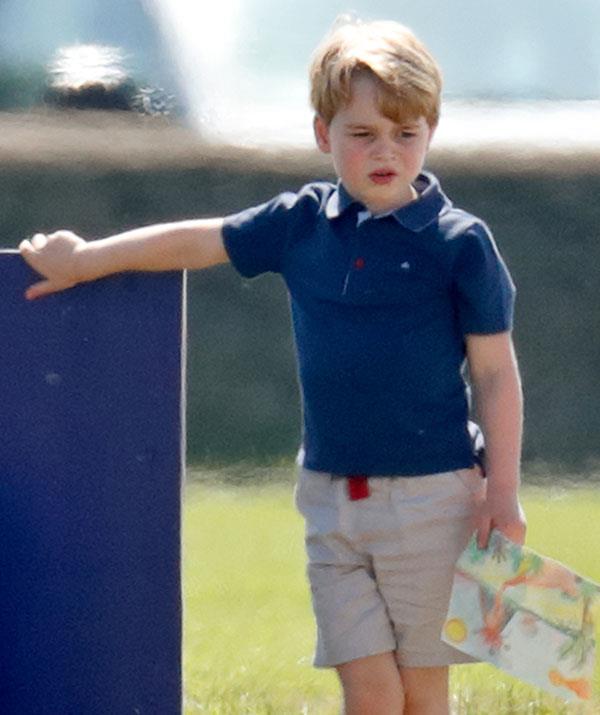 Eagle-eyed fans have noticed photos of the adorable young prince — who turns five in July — holding onto a very vivid drawing, which shows a volcano exploding in a lush forest, framed by trees and a beaming sun. His mother most recently showed off her artsy chops last May when she drew the stunning image on the order of service for her sister Pippa Middleton’s wedding to billionaire James Matthews.

George’s artistic flair is no doubt being fostered at his school, Thomas’s Battersea in London. The prestigious school, which was dubbed the “cream of the Battersea crop” by the Tatler School Guide, teaches students a diverse range of theoretical and practical subjects, including art, ballet, drama, music, and technology. Language is a key part of the curriculum. George will be learning French before he later moves onto Mandarin. In years four and five, he’ll also have the option to learn Spanish.

Speaking about raising his son, Prince William told GQ he wants George to have the most normal life possible. “I want George to grow up in a real, living environment. I don’t want him growing up behind palace walls — he has to be out there. The media make it harder, but I will fight for them to have a normal life.”

Kate Middleton’s Ring Collection Is a Stunning Rainbow of Jewels

Princess Diana’s Hairdresser Opens Up About Cutting the Royal Locks