Between tying the knot with Meghan Markle, stepping out at Royal Ascot, and settling into married life, Prince Harry managed to sneak under the radar for a very important charity mission.

Leaving his new wife at home, the Duke of Sussex visited Lesotho in southern Africa over the weekend to pay a visit to his beloved charity, Sentebale. Prince Harry co-founded Sentebale — which means “forget me not” in Sesotho — in 2006 with Prince Seeiso of Lesotho. The organization helps improve the lives of children and youth living with HIV/AIDS in Africa. 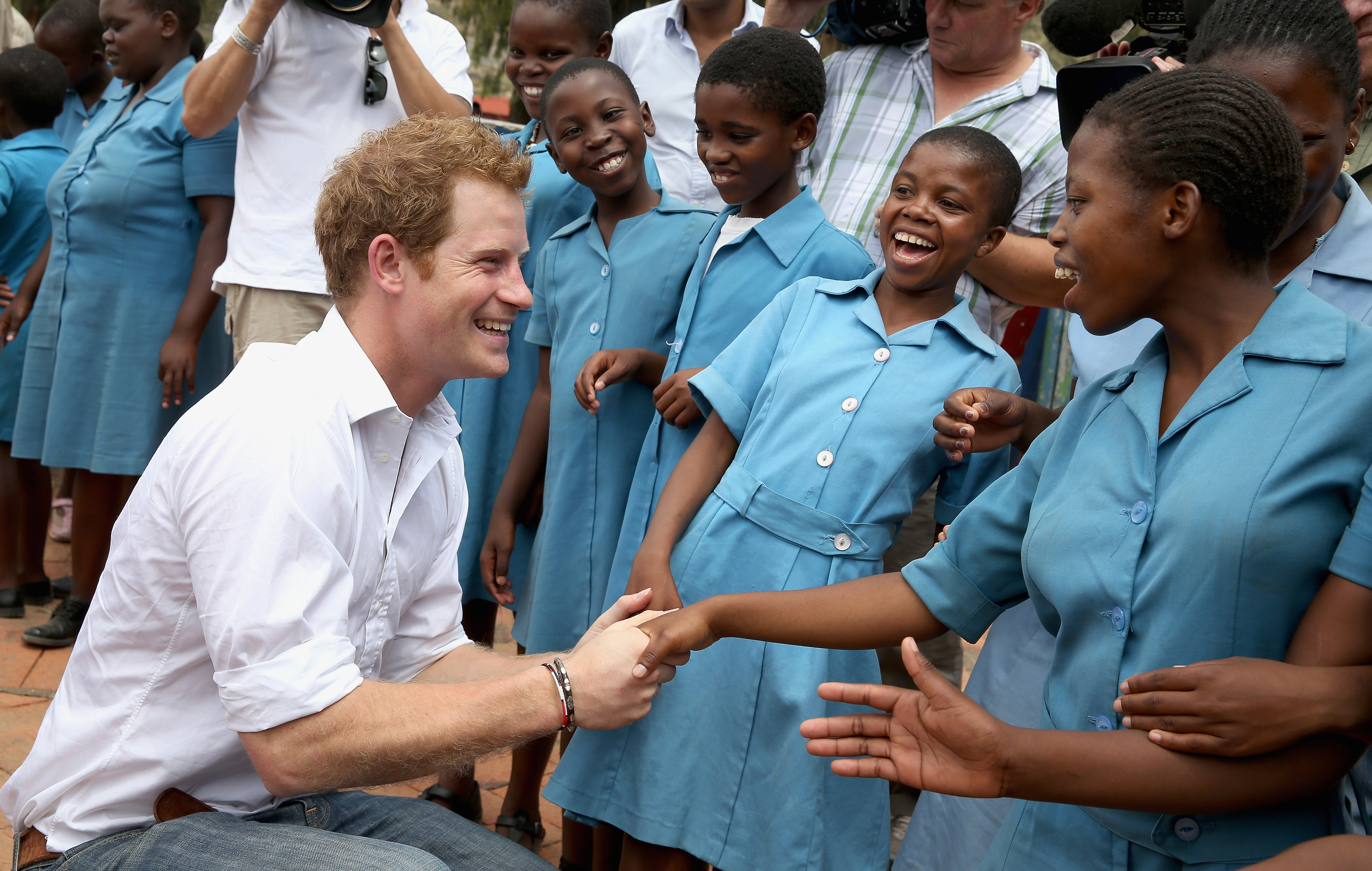 Harry on a prior trip to Africa. (Photo Credit: Getty Images)

Although Kensington Palace confirmed Prince Harry was on a “private” trip to help open a new community hall at the Phelisanong Children’s Centre in Pitseng, photos of his covert junket have since surfaced on social media. The Phelisanong Children Centre‘s Facebook page shared an album from the event with a cheeky caption that read, “Adam Bidwell, Sentebale, and a guy with red hair open the the hall.” In the snaps, the off-duty prince cut a casual figure as he joked about with the locals.

In one photo, the 33-year-old smiled proudly with Mamello Mokholokoe, who runs the orphanage, in front of a plaque that read, “This hall was generously donated by Sentable for the children of Phelisanong and officially opened by His Royal Highness, the Duke of Sussex on 23rd June 2018.” In another touching pic, Prince Harry posed with a beaming student. 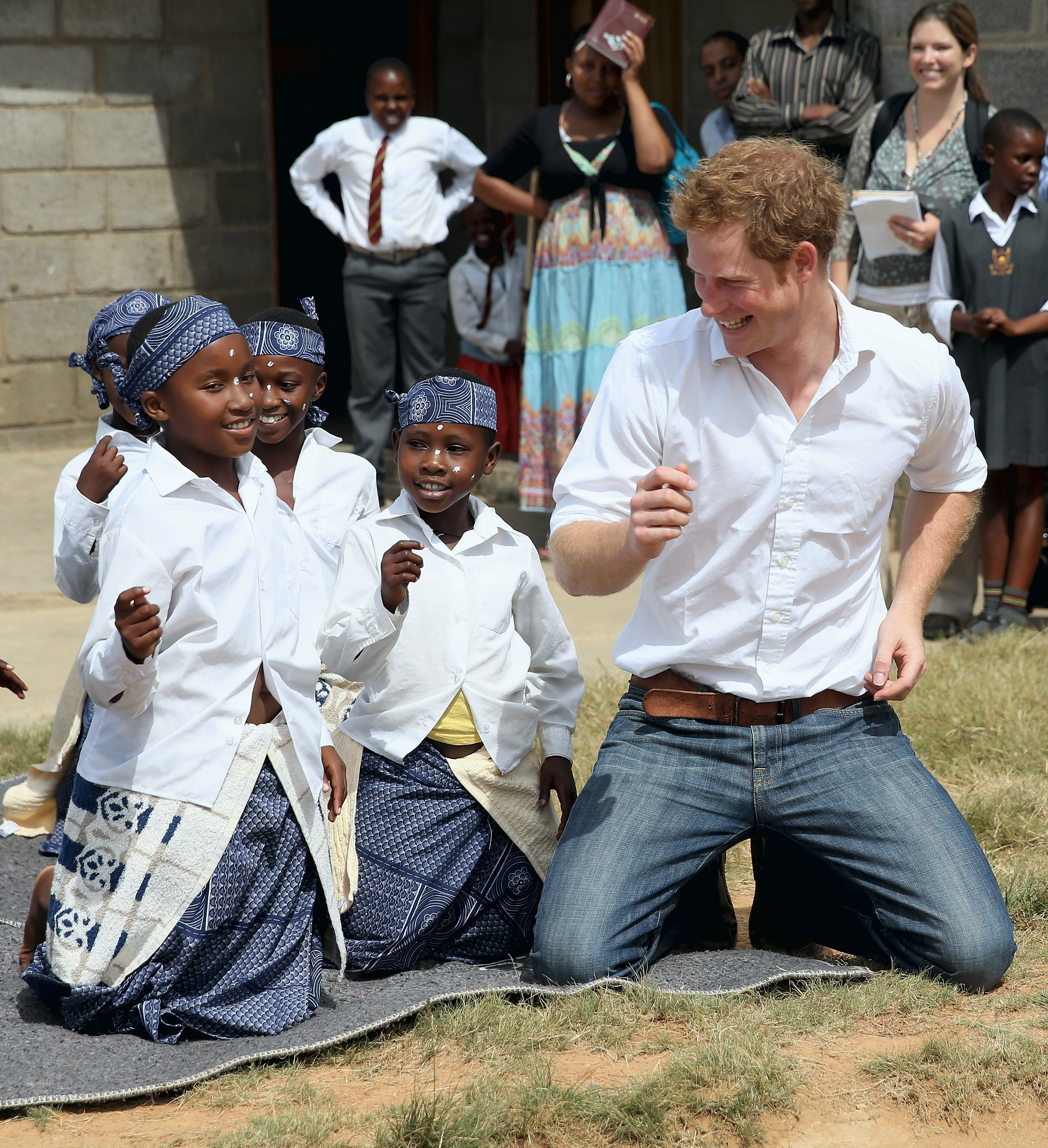 Harry on a prior trip to Africa. (Photo Credit: Getty Images)

For the Prince, he has said the inspiration in setting up Sentebale came from carrying on his mother Princess Diana’s legacy. “I want to do something really constructive with my life. I want to do something that makes my mother proud. My mother stood for something. There’s a lot of unfinished business and a lot of work that my mother never completed,” Harry explained last year in a documentary called Prince Harry in Africa.

According to reports, the royal took a first class flight on a commercial plan to Johannesburg on Thursday. Prince Harry will also take part in a board meeting for conservation charity Africa Parks in Botswana, before returning to London in time for the Queen’s Young Leaders event on Tuesday.

This post was written by Bella Brennan. It originally appeared on our sister site, Now to Love.