From a young age, Samantha Reese felt uncomfortable with her weight. When she had a baby quite young, the added weight gain during pregnancy made her feel larger than all of her friends. At only 5-foot-1, any pound she put on was noticeable. Feeling miserable and hating her figure, it wasn’t until Reese stepped on a scale for the first time in ages that she knew she had to make a change.

“I was around a size 18 and weighed almost 210 pounds by the age of 18,” Samantha told The Sun. “I hated my body and couldn’t pull off the extra weight because I was so petite. But feeling miserable about the way I looked only made me want to eat more.”

MUST-SEE: This Easy Thyroid Fix Can Melt Away 15 Pounds in 2 Weeks

After years of being unhappy, Reese had developed a series of bad eating habits to cope. For breakfast she ate two pieces of buttered toast, followed by two chocolate bars at snack time. Two grilled cheese sandwiches and French fries became her go-to lunch, and she finished her night with a greasy pizza. On top of all that, Reese drank sugary sodas and at least five cups of tea with milk and sugar.

“I had been avoiding the scales for some time, but my clothes were becoming so tight I knew I needed to see how big I’d become,” Reese said. “I was shocked and immediately googled my BMI and discovered that this meant I was ‘morbidly obese.’ I was mortified. I knew I had to change or I might die.”

MUST-SEE: How to Trick Your Body Into Losing Weight

After trying unsuccessfully to lose weight using diet pills, Reese tried to completely turn around her diet. When eating healthier still didn’t make a difference, she decided to swap out her sugary, milky teas for green tea.

“People told me green tea was a ‘superfood‘ that boosts metabolism and gets rid of hunger cravings. At first, I laughed it off. I thought drinking green tea was a fad,” Reese explained. “I always thought that was just a myth, but I was so desperate to lose weight I decided it was worth a go.”

At first, she hated the bitter taste of the tea, but eventually she not only found herself drinking a cup of green tea with lemon at breakfast but also drank a cup every hour at work. Reese lost 15 pounds in just one month! 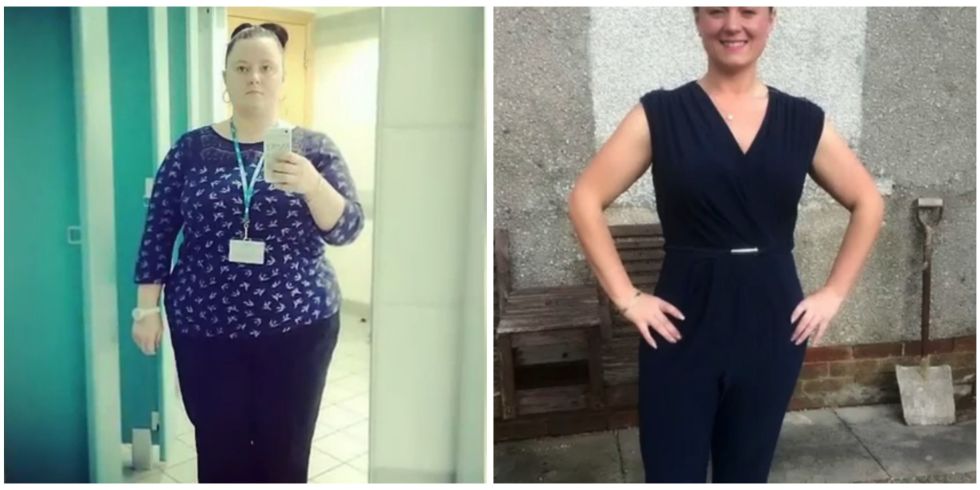 “Obviously I’d been eating well and cutting out my milky teas had probably helped, but my metabolism must have sped up too and I was certainly snacking less,” she said. “I was amazed.”

MUST-SEE: This 60-Second Thyroid Fix Can Make You 35 Pounds Slimmer

By her count, Reese has drank at least 3,000 cups of green tea since she first started in September 2016. She’s dropped down to 130 pounds, and she’s never felt (or looked) better.

“I look better now than I did in my twenties,” Samantha says. “Some people swear by eating five portions of fruits and vegetables a day. For me, it’s drinking nine cups of green tea.”

Watch her transformation below.

NEXT: Check out these inspiring weight-loss transformations while you enjoy your cup of green tea.