One sad day in Los Angeles, an eight-pound Pomeranian mix was dropped off at the Baldwin Park shelter. When Negra arrived, staff members noted that he was particularly hostile. But who could blame him? His surrender was due to “owner problems,” after all— and according to Negra’s rabies certificate, he was 20 years old. His grouchiness was definitely understood. 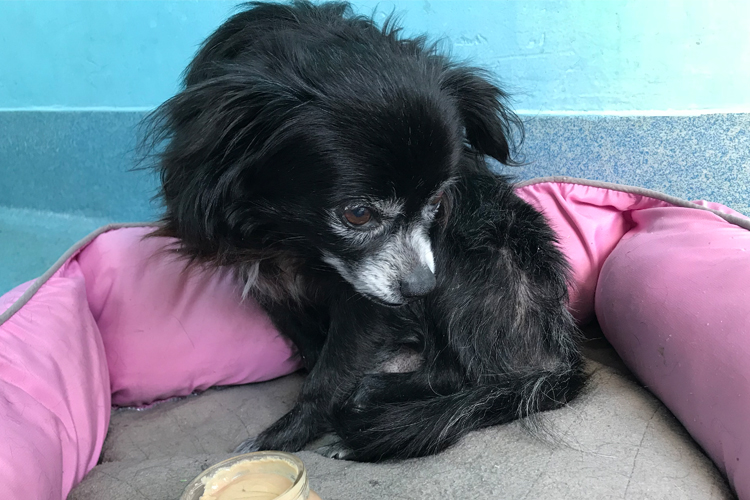 Despite his silver face and unruly attitude, Elaine Seamans, founder of the At-Choo Foundation — an organization dedicated to helping animals in need find medical help and a safe place to live until they are rescued or adopted — decided to pay Negra a much-needed visit. Before her arrival, Seaman’s gave San Fernando-based animal sanctuary Love Always a call in hopes there’d be room for grouchy little Negra.

“They were sort of on board,” Seamans told MNN.com “They were like, ‘Let us know what you find out.’”

When Seamans arrived at the shelter, Negra was laying by his lonesome on a kennel bed. Assuming Negra’s age would make him fragile and easy to hold, Seamans reached down to pet Negra.

“I put my hand down, like, ‘Hi you want to smell?’ And he snapped at my hand,” Seamans said. “His little lips were quivering, like, ‘I’m gonna get you.'”

Even so, Seamans was determined to win Negra’s love.

“I brought out my magical Gerber baby food,” Seamans said. “He’s like, ‘Whatever.’ No interest.”

Seamans then covered Negra in a blanket and began slowly petting the bundle on her lap. Finally, Negra gave up and allowed Seamans to pet him without biting her. As she petted him, Negra became even more lovable. He even climbed out of the blanket and onto her lap. 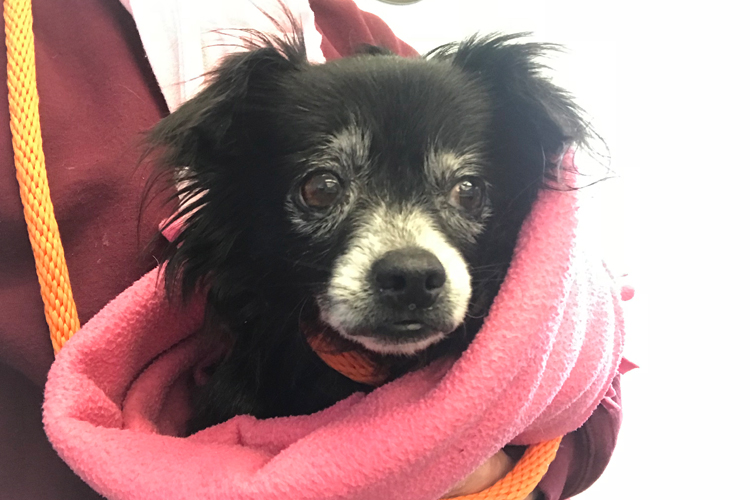 “He pushed up against my chest and moved up a little further to put his head on my shoulder,” Seamans said. “My eyes got a little teary.”

But, that’s not the end of Negra’s story. Although he did get his happy ending, it also turns out that Negra was hiding a secret.

“After seeing how spry he was and how after being rescued, that he was, pretty ‘frisky,’ I then asked the shelter to play detective to see if his age was really correct,” Seamans told Woman’s World in an email. “Even though the rabies certification said 1997, mistakes can happen. They ended up calling the person who surrendered him, and yup, he was only eight years old!”

How crazy is that? These days, Negra is doing better than ever — and he, along with a puppy he bonded with at Love Always, was finally sent to a forever home.

“Lucky boy! And now he has a girlfriend, too!” Seamans wrote. 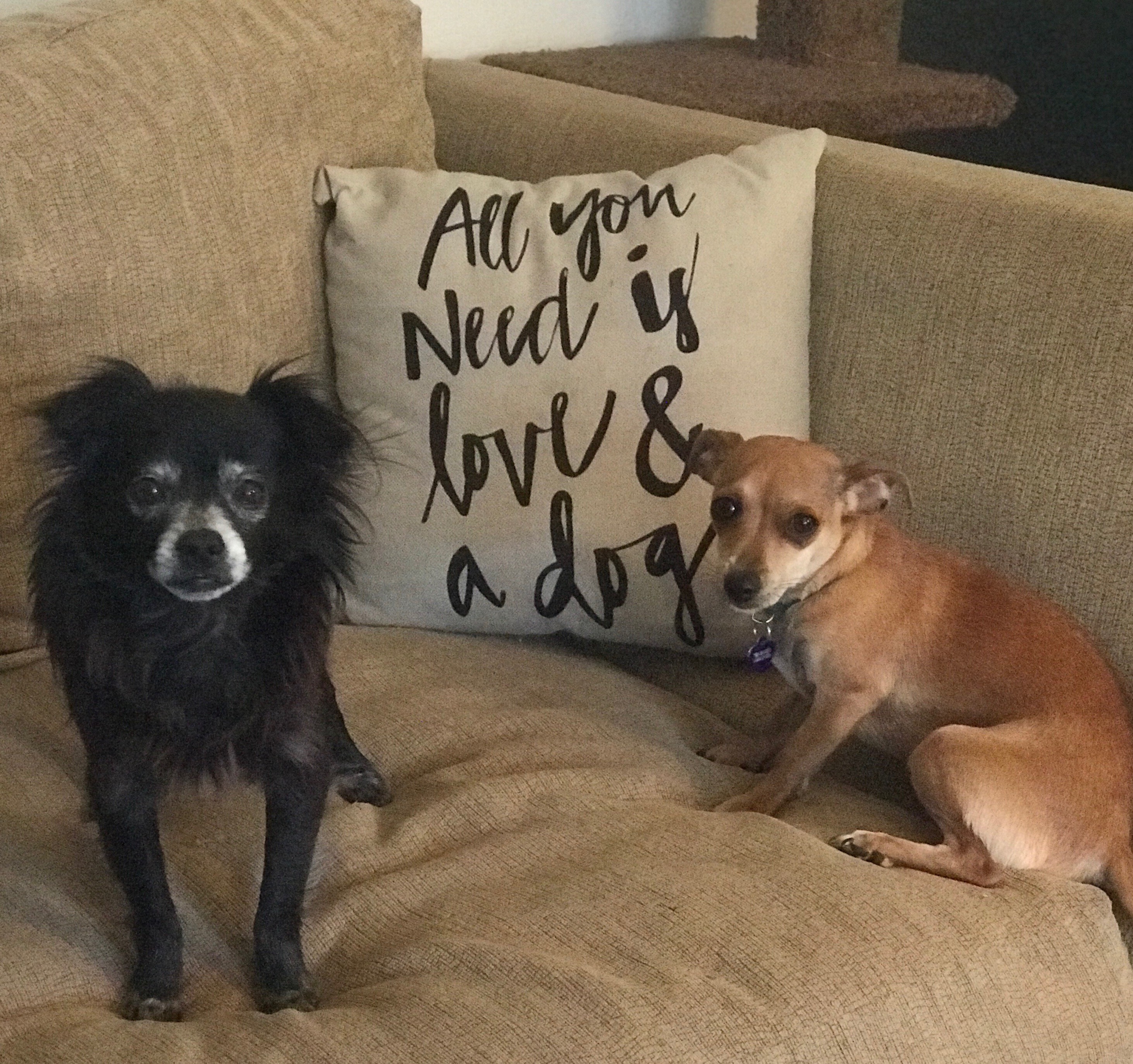 Once Negra was adopted, his owners changed his name to Yoki, which means “frisky” in Japanese. Now, Yoki and Milly — his sweet Chihuahua mix girlfriend — are spending their days in happiness together. How sweet!

3 Purr-Fect Manicure Ideas for You and Your Kitty