From a curious Prince George peeking into his little sister’s stroller during her 2015 christening to a completely unscripted scene between Prince Philip, Queen Elizabeth II, and Donna the elephant, there are certain images of the British Royal Family that will be ingrained in our memories for years to come. And now, the man responsible for capturing some of the most heartwarming royal moments shares the incredible stories behind his iconic photographs.

“At the end of the day, they are a family. What I like to try and capture in my images are the relationships between the family members,” said Chris Jackson, Getty Images Royal Photographer, in an exclusive interview with The Australian Women’s Weekly. “I love, for example, when you’re photographing a more relaxed event, say the Highland Games in Scotland, the Queen is just sharing a joke with Prince Charles. There’s so much formality with the Royal Family by the very nature of who they are and what they do, you sometimes forget that end of the day, they are just mother and son and it’s fantastic to see lovely, relaxed interactions between them both.” He adds, “As a royal photographer, that’s something I try and capture alongside the formalities that makes being a royal, being a royal.” But having worked a royal photographer for around 13 years and with literally thousands of stills to choose from, which photos resonate with Chris the most? Scroll below to see his final and very fascinating selections! 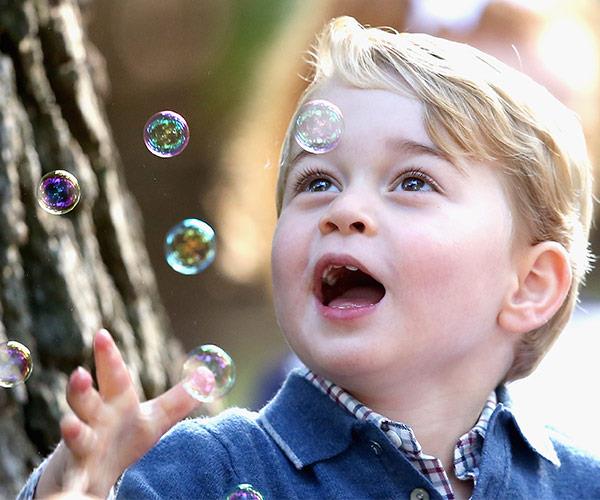 “This is actually one of my favorite pictures and I absolutely love photographing Prince George — you always come away with a smile and a little chuckle behind the camera. It’s certainly got a feel-good factor,” Jackson recounts of this touching image of the young prince playing with bubbles at a children’s party for military families during the Royal Tour of Canada in September 2016.

“It’s just that look of total kind of awe on his face. His dad, the Duke of Cambridge, is blowing the bubbles at a party for military families in Canada. He’s not really aware that I’m taking the photo and it’s just lovely to capture that totally candid kind of image. That’s definitely one of my favorite moments with Prince George; it’s always exciting to photograph them.”

The “Awesome Foursome” out in full force. 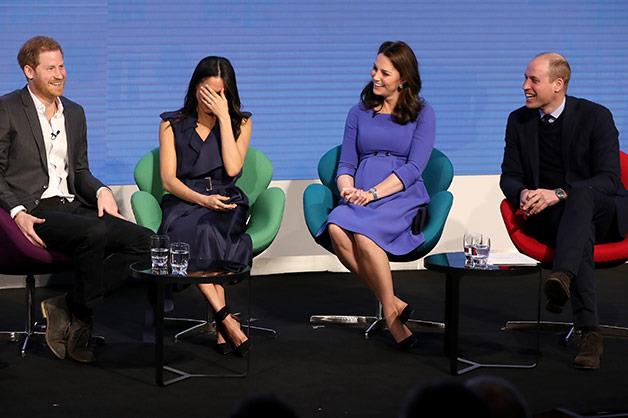 Following their appearance on Christmas Day at the Royal Family’s church service at Sandringham, this marked the first time Prince William, Duchess Catherine, Prince Harry, and his wife-to-be, Meghan Markle, stepped out together in an official capacity. According to Jackson, the natural dynamic between the “Fab Four,” as they’ve been named by the public, was a joy to photograph during the first annual Royal Foundation forum in London back in February. “I really like this picture because Meghan Markle has a passion for charity that we know from her previous life, and she is now the new patron of the Royal Foundation,” Chris explains.

“It’s an umbrella organization that is incredibly important to both the Duke and Duchess of Cambridge and Prince Harry. Now we have this extra figurehead for the charity, and this was the first annual Royal Foundation Forum and it was a lovely opportunity to photograph all four of them together. We love to see them all sharing a joke together, but underlying that is a serious message and their work with mental health, things like Heads Together, and a huge amount has been done in that area. And I think all four of these members of the Royal Family know they have this incredible ability to shine the spotlight on causes that mean something to them. Ranging from mental health, HIV awareness, to empowering young people — Meghan’s just a natural fit to that. This is my favorite moment from that meeting because often meetings can be quite formal; it’s nice to get relaxed pictures.”

The Queen and Prince Philip make a new friend. 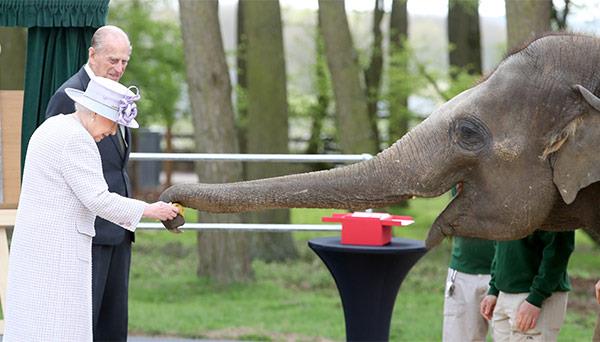 You can hardly blame Donna the elephant for going bananas over the royal couple when they visited Whipsnade Zoo in Bedfordshire last April, and it’s no surprise to Jackson that this charming meeting warmed hearts around the world. “Ah, Donna the elephant! When I knew I was doing a job at Whipsnade Zoo in England, I wasn’t really expecting to get this image because I’m so used to photographing the queen at various engagements and I’ve never seen this. This is a first for me,” he recalls fondly of the trio’s heartwarming encounter. “The queen feeding this elephant, you can just see on the right, there’s a few worried-looking zoo keepers making sure Donna didn’t misbehave. It went very smoothly, this lovely elephant with her and its trunk outstretched, keen to snack on a banana from the queen. It’s just an example of something you don’t see every day. If something makes someone smile, you know you’ve done your job as a photographer.” 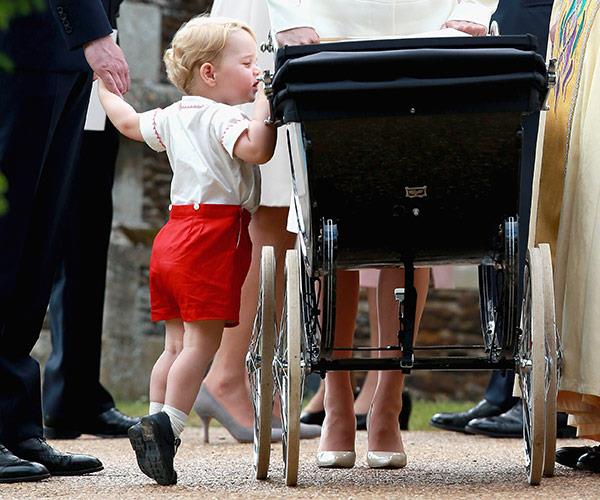 Prince George peeks into Princess Charlotte’s stroller before her 2015 christening.

Who could ever forget when Prince George stole a glance into his newborn sister’s stroller during Princess Charlotte’s 2015 christening? For Jackson, it’s one of the most unforgettable moments from that day. “Another one of those unscripted moments that you can’t predict! While it was Princess Charlotte’s christening, George slightly stole the limelight with this picture,” he remembers. “To me, the bit that makes it is him up on his tip toes getting a look over the top of the pram. It was a very special day and that was certainly the stand-out image. It’s those unscripted moments which make photographing the children such a privilege.”

The Cambridges tie the knot. 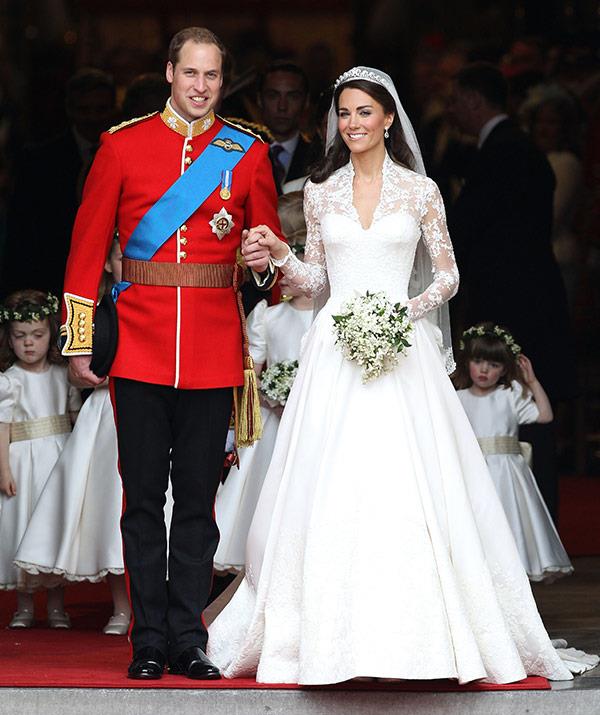 As we count down to Prince Harry and Meghan Markle’s royal wedding in May, Jackson will be using everything he learned from snapping the Duke and Duchess of Cambridge’s big day in 2011. “For a royal photographer, there’s literally a handful of times in your career that you get to document such historic moments,” Jackson tells The Weekly. “I remember so vividly the cheer of the crowd, the chorus of camera shutters that went off. It was watched by over two billion people so it was truly a global event. I was certainly quite nervous before I got this picture to make sure I got the exposure right, and trying to capture that amazing detail in the Duchess’ dress was very important.”

“For me, it’s like the culmination of a very exciting period, the build-up to the wedding, everything around that, and that excitement in the country. This represents so much more than just one picture but I was very relieved looking at the camera and not [messing] it up! I very much remember having a pint [of beer] afterwards and feeling a great sense of relief.”

Through the Looking Glass 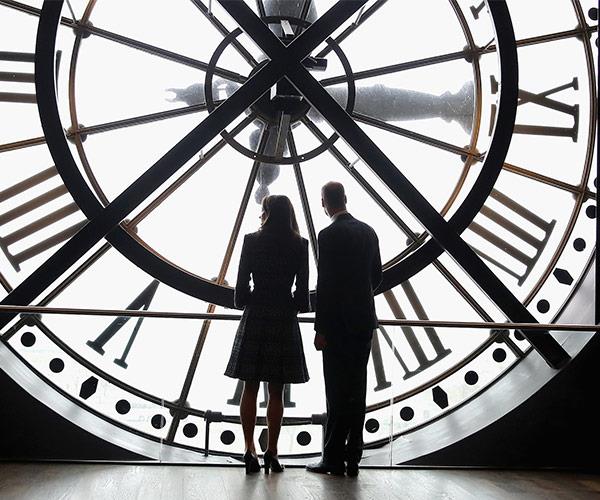 Despite the frantic pace of a royal tour, Jackson says it’s often the subtle interactions that make for the most powerful images. Case in point: this stunning shot of Prince William and Duchess Catherine peering through the clock at the Musée d’Orsay in Paris last year. The final result speaks for itself but it’s an outcome that not even Chris expected. “The Musée d’Orsay is a very famous converted railway station in Paris that has clocks on the top floor. I thought this picture was going to be different, I thought it wouldn’t work with that silhouette,” he points out. “It’s nice to capture it; it’s a very different kind of moment compared to when people are looking at the camera. It’s a quiet photograph, they’re positioned between the spokes… This kind of fits the mold of a more quiet and poignant image, which is rare.” 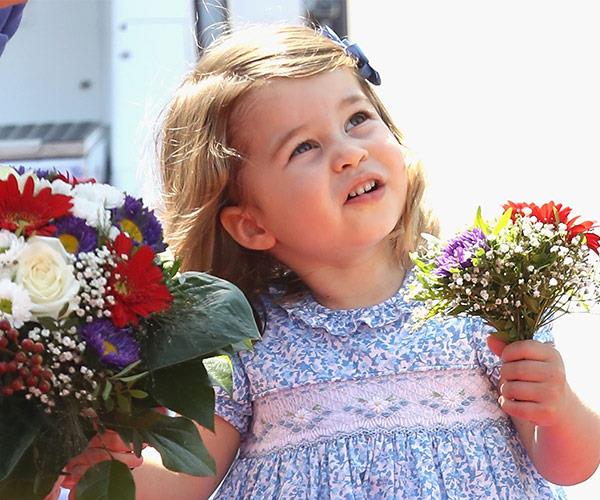 When Princess Charlotte was given her first-ever bouquet of flowers during the royal tour of Poland and Germany last year, it signaled the start of her royal duties. And Jackson was right there to freeze that milestone in time. “This was touching down in Berlin, Germany. It’s always lovely to have the Duke and Duchess of Cambridge bring the children on the royal tour; it adds a sense of fun and a whole new dynamic and certainly a few challenges photographically,” he remembers. “This was Princess Charlotte being presented with her first bouquet on arrival on the airport tarmac. It was great because it was one of those royal firsts and she took a big sniff of the flowers afterwards, which was very sweet. We’re always keen to capture those royal first moments and this is one of them!”

A Quiet Moment of Reflection 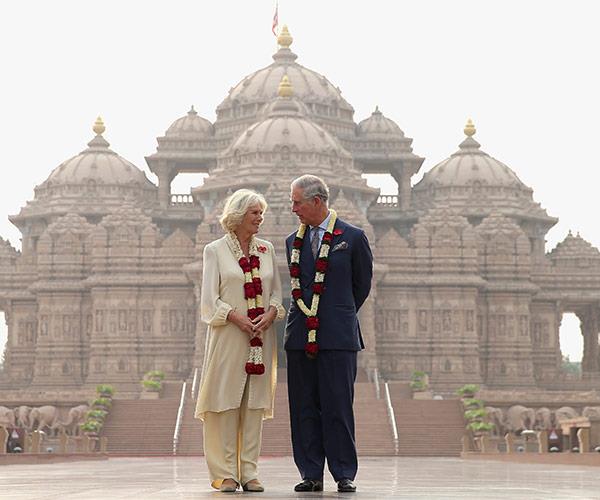 Rounding off his selection, Jackson can’t forget this photograph of Prince Charles and Duchess Camilla outside the Akshardham Temple in Delhi, India during an official visit in 2013. “I love going on royal tour with the Prince of Wales and the Duchess of Cornwall; they’ve both got great senses of humor and we’ve been to some incredible places over the years. It’s not often we can get everyone out of the background and get a clean picture like this with the stunning Akshardham Temple. Again, it’s one of those quieter moments and it’s nice to have them looking at each other.”