In a typical week, Getty Images Royal Photographer Chris Jackson could be on an overseas assignment with Prince Harry, snapping the queen in London, or capturing Prince George’s unforgettable grin as the tiny prince woos the world on a royal tour. Welcome to the charming but extremely busy job of an official royal photographer — a gig that Jackson certainly never takes for granted. As he puts it, he pretty much has a front row seat to history-in-the-making.

“It’s really exciting for me to take a front row seat to these historic moments,” Jackson tells The Australian Women’s Weekly in an exclusive interview. With a royal baby arriving any day now, and Prince Harry and Megan Markle’s highly-anticipated wedding next month, 2018 is shaping up to be a year-round royal festival of celebration and a photographer’s dream. “It’s really exciting to help deliver so much good news,” Jackson explains. “We’ve had some big years in the past, like the Jubilee year, but this is another huge year and the excitement with the royal baby is something we’re all looking forward to in the UK… and then, the royal wedding!” So, what exactly is it like working alongside the world’s most famous family?

Here, Jackson shares how he became the royal’s go-to photographer, his favorite memories, and his sage words of advice for any aspiring photographers who want to follow in his footsteps to land one of the world’s best jobs.

Here’s what happens when the royal baby arrives:

Having already been in the trenches with Prince George in 2013 and Princess Charlotte in 2015, Jackson says the press section outside the Lindo Wing at St. Mary’s Hospital in Paddington, London is far more organized than you’d expect. “I think when Prince George was born, it was an unknown quantity and it was very exciting, the first-born baby. I remember vividly that it was amazing weather in the UK and no one knew exactly what the plan was,” Jackson recalls.

“Since then, it’s become incredibly organized. Everyone has a set position, which we all know already. It’s not relaxed, but it’s certainly organized and we’ve have practiced two times before! It’s still as exciting and people in the UK are very excited for the Cambridge’s third baby.” With Prince William and Duchess Catherine’s third child due soon, the photographer is ready to help deliver an uplifting story that will give royal watchers all around the globe a warm, fuzzy feeling.

“The great thing about these moments is they’re just feel-good stories. You come away with a smile on your face after taking the pictures, and when there’s so much negative news in the world, to have a positive story like that it’s just something everyone can feel great about,” he says. “That’s one of the special things about being a royal photographer, these are feel-good stories. You’re creating images that make people smile. It’s great to be a part of that!”

The Evolution of the Next Generation

Jackson started out as an account executive at Getty Images, “with a goal to be a photographer.” After hustling hard and putting his hand up for every single opportunity that came his way at the prestigious agency, he landed a role as a staff photographer about 15 years ago. He cut his teeth across every genre, from news to entertainment, but it was the Duke and Duchess of Cambridge’s marriage in 2011 that was a real career game-changer. “As the royal world got more and more busy, I found myself working as a full-time royal photographer. The big turning point was when the Duke and Duchess of Cambridge got engaged and the younger members of the royal family began to take on more of the queen’s duties as she hands over the baton.”

Another royal family member the photographer works closely with is Prince Henry of Wales, also known as Prince Harry. “As Prince Harry has taken on more royal duties, it’s certainly kept me very busy. When I started out, there were a lot more royal tours with the Prince of Wales and the Duchess of Cornwall. They haven’t finished, but I’ve had to combine that with all the different aspects of the job. It’s very much a full-time job now,” he tells us. 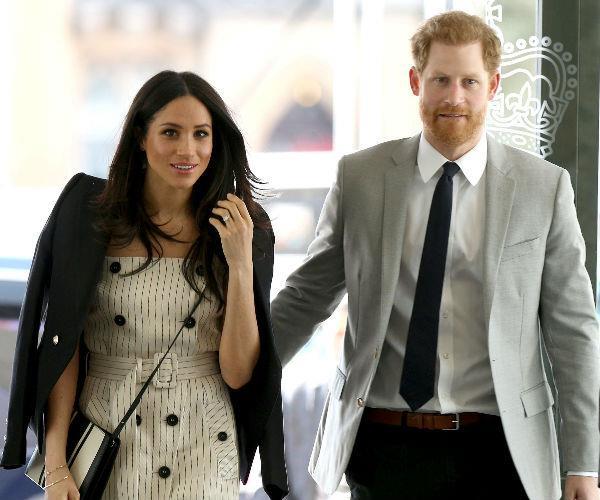 A New Member in the Mix

As Harry’s stardom, appeal, and charity work reaches dizzying heights, Jackson has been there every step of the way — from his incredible work with the Invictus Games to his engagement with Meghan Markle. “It was an amazing surprise when Prince Harry and Meghan got engaged. I was invited up to the photo call at Kensington Palace, and it just meant that it was all official and we had so much to look forward to,” Jackson remembers of the couples’ official engagement photo call last November.

With Markle joining the royal family, it means Jackson has a new subject to photograph, which he says has been a true joy to work with. “It’s been fantastic to photograph her more and to get to know how to photograph them in the best possible way,” he explains. 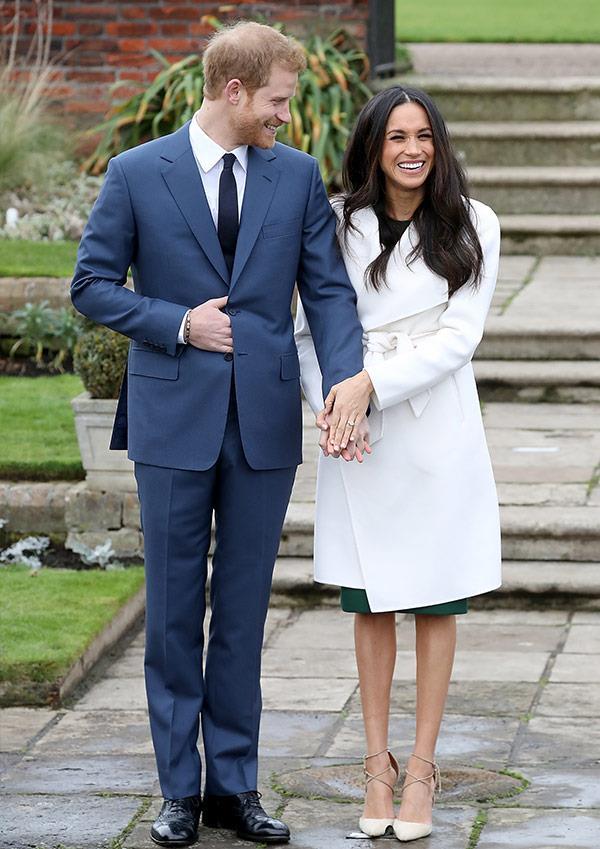 He continues, “When I first photographed Meghan and Harry at the Invictus Games, their first official appearance together, it was quite poignant. The Invictus Games are an event Prince Harry has developed after visiting the Warrior Games in Colorado and it means so much to him. I’ve watched it grow from the first Games in London, to Orlando and Toronto, when Meghan and Harry came out and watched the wheelchair tennis. It was great to see them interact so naturally together and it’s been fantastic to have this new dynamic in the Royal Family.”

Jackson says Markle has been welcomed with open arms by the British public. “We had her first public appearance at Nottingham and she had an amazing response from the British public. There were crowds [huge] and she took the time to go along and meet everyone.”

I’m at the stunning St George’s Chapel at Windsor Castle for today’s Maundy Service with the #Queen . This will be the scene of Prince Harry’s Wedding to Markle in May. #Maundy #stgeorges #royalwedding #harryandmeghan @gettyimages @canonuk #royal #queenelizabeth

In the Company of the Queen

As Prince Harry and Meghan Markle are given more duties on behalf of The Queen, the photographer isn’t snapping the 91-year-old as often as he used to be — but whenever he does get to work with her, it’s a very good day at the office! “Queen Elizabeth is an amazing, iconic figure and has an incredible aura about her. I certainly never tire of photographing her. She’s an anchor that has been there for as long as any person can remember; she’s an iconic figure,” he reveals.

“For a royal photographer, every opportunity I get to photograph the queen excites me. She’s one of the most famous people in the world, and when the light falls in the right way, it means you’re always excited about the next opportunity and that anticipation. You’re always trying to capture the best possible photos you can of her.” 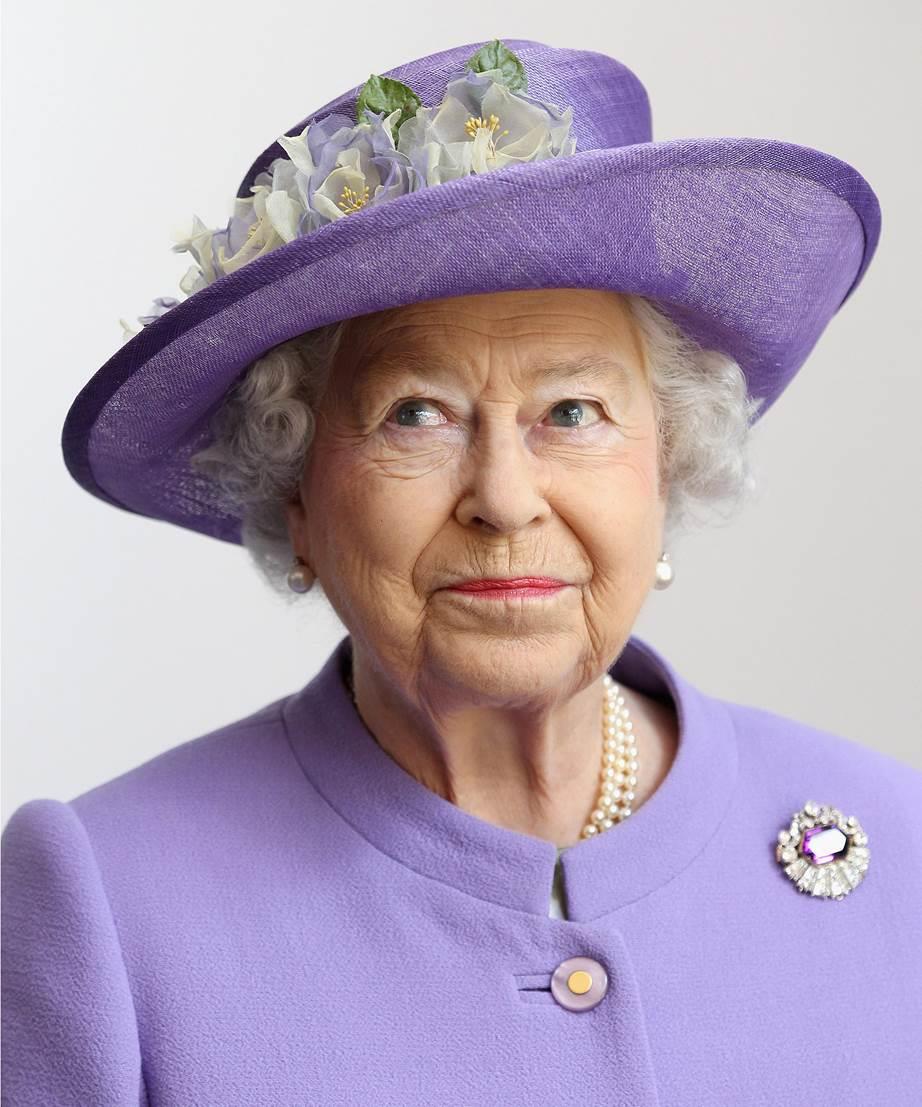 Memories to Last a Lifetime

Having churned through five passports over the course of over 100 royal trips abroad, Jackson has witnessed some truly spectacular moments. As for his all-time favorite memory on tour, Chris says a once-in-a-lifetime trip with Prince Harry, in a village called Leorani in Nepal in the foothills of the Himalayas in 2016, will stay with him forever.

“I was incredibly excited about going on this trip because I’ve always wanted to go to Nepal and trek! I always love a royal tour when it involves trekking with all your camera equipment and meeting the villagers. They gave an amazingly warm welcome to Prince Harry. They gave him the honor of being the village chief and he was presented with a special Nepalese turban, and we spent the night looked after by the Gurkas in a tent. We woke up the next morning to this incredible sunrise and did some photographs of Prince Harry with the sun rising. That was a real privilege,” Jackson fondly remembers. 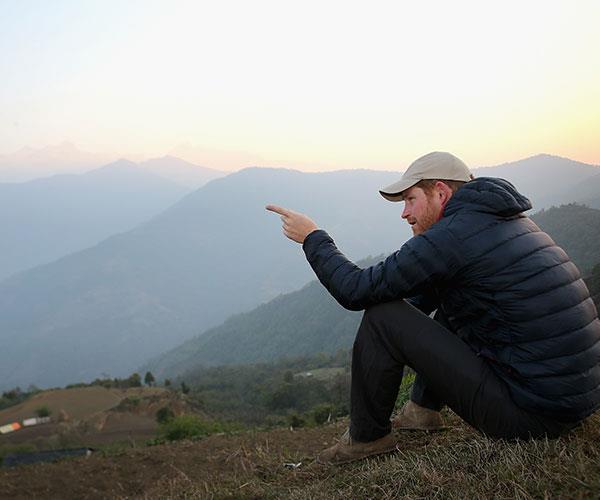 Want to become the next royal photographer? Take note!

He might have one of the world’s coolest jobs, but Jackson says it took years of determination and drive to get there. And if you want to follow in his footsteps, you’re going to have to do the same.