Queen Elizabeth has plenty of grandchildren and great-grandchildren to dote upon as the matriarch of the British royal family, However one member seems to be a favorite of hers. In an official statement, Buckingham Palace announced that the queen has granted a special gift to Kate Middleton — it’s only been given to three other royal family members during her reign. 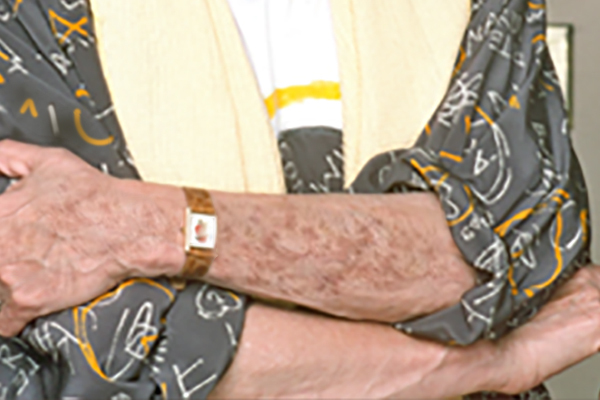 The award was granted to mark the eighth wedding anniversary of Prince William and Kate, and Kate has joined other Dames Grand Cross including Princess Anne, Duchess Camilla, and Sophie Countess of Wessex.

While Kensington Palace has yet to release an official statement, royal correspondent Rebecca English said that a source revealed, “Her royal highness in honored and looks forward to continuing her work in support of the queen.”

Kate was most recently spotted with the 93-year-old monarch when the family stepped out for the traditional Easter Sunday church service at St. George’s Chapel. As a sign of the utmost respect, Kate was photographed curtsying to her grandmother-in-law and it’s safe to say that she has perfected this age-old tradition.

The two royals seem to have a very close bond, which was demonstrated on their first solo joint outing in March 2019. When the queen and Kate visited King’s College London to open the latest building, they were snapped sharing a blanket with each other in the car, sending royal fans into a frenzy.

Kate has also been spotted wearing the Royal Family Order. This honor, worn as a brooch, is “given from the queen to relatives in the royal family as a reward for their service.” Reserved specifically for “female family members,” both Kate and her late mother-in-law Princess Diana have sported this honor from the queen.

This isn’t the first sign that the queen is particularly fond of her grandson’s wife. In the 2016 documentary William & Kate: The Journey, royal reporter Ashley Pearson revealed that there are certain qualities that the queen admires in her granddaughter-in-law.

“She likes her middle-class values. She likes that she’s close to her family,” Pearson explained, adding that the duchess also is not “flashy or showy. Kate has never tried to garner extra attention for herself.”

And the feeling is certainly mutual. In a documentary commissioned for the queen’s 90th birthday, Kate revealed that she made a chutney from the Middleton family recipe archives as a gift for the queen. “I was slightly worried about it, but I noticed the next day that it was on the table,” Kate revealed. “I think such a simple gesture went such a long way for me and I’ve noticed since she’s done that on lots of occasions and I think it just shows her thoughtfulness, really, and her care in looking after everybody.”

This article originally appeared on our sister site, Now to Love.

The Simple Rules Meghan Markle Followed With Her Maternity Style